Bollywood families, apart from their legacy, are also known for the generations of actors and actresses that they give. One such famous Bollywood family is the Deol family. One of the most important members of this revered family is Esha Deol (Dharmendra and Hema Malini's daughter) who is married to Bharat Takhtani. The two have been married since 2012. (Also Read: Esha Deol Met Bharat Takhtani At The Age Of 13, Started Dating But Soon Broke Up For A Silly Reason)

Esha and Bharat’s baby girl, Radhya Takhtani was born on October 20, 2017, and since then she has become everyone’s favourite. Esha, who is quite active on social media, regularly shares pictures and videos of her family. And the latest addition is a picture of three generations in which we can see little Radhya Takhtani, her mom Esha Deol, and her naani, Hema Malini. Take a look at the perfect picture depicting mummy and mummy ki mummy:

Esha Deol Gives 3 Valuable Lessons To Her Girls, Radhya And Miraya On The Occasion Of Daughter's Day 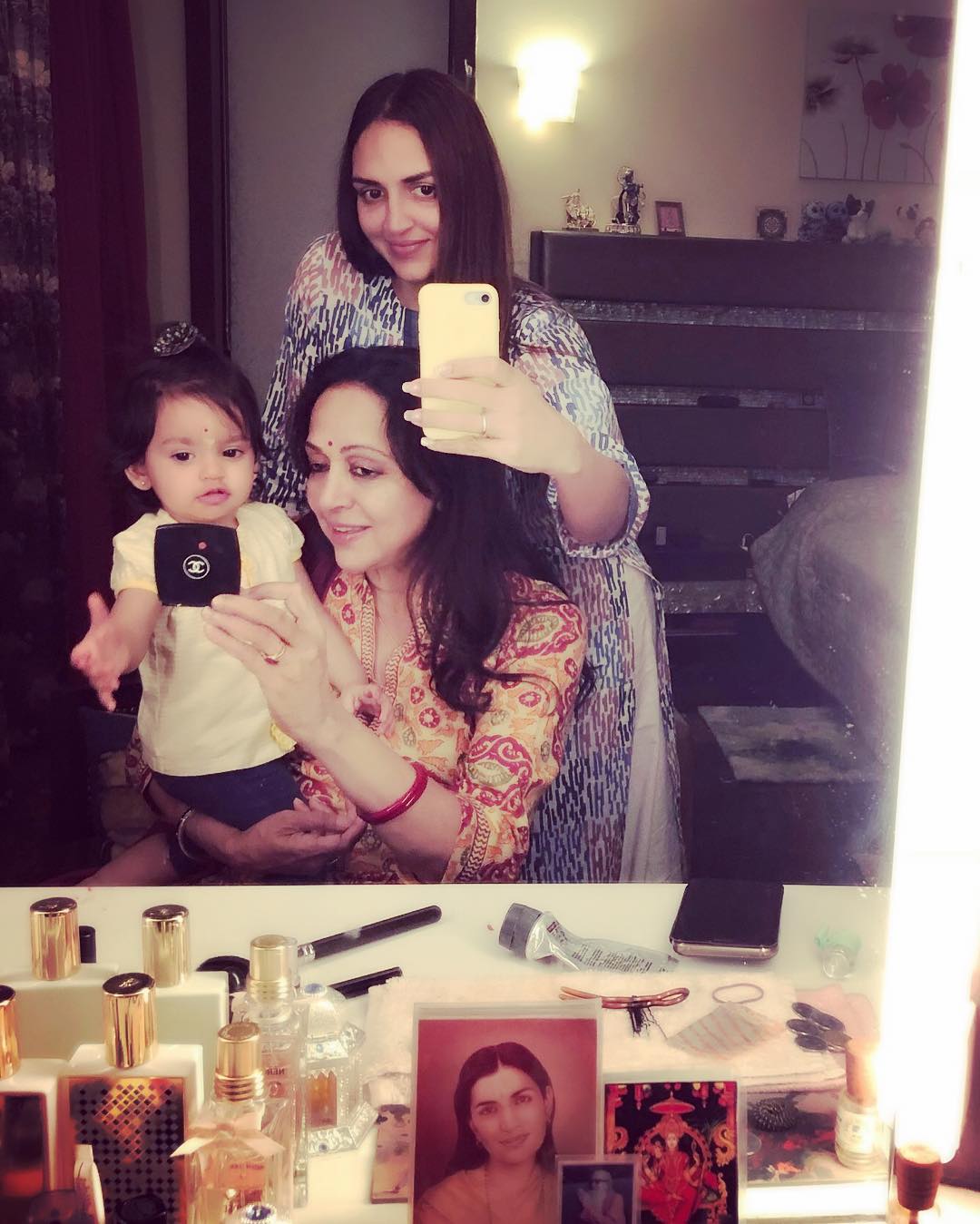 The above picture went viral on social media like how, immediately after it surfaced online. Whenever Esha posts a picture with Radhya fans get swayed away with the cuteness of this cotton ball. Recently, Esha shared backstage pics with Radhya when the mommy was all prepped up for going on the stage to perform. She captioned the pics as, “Backstage fun with my little one #radhyatakhtani #ramayan#danceballet #sita #gratitude”. 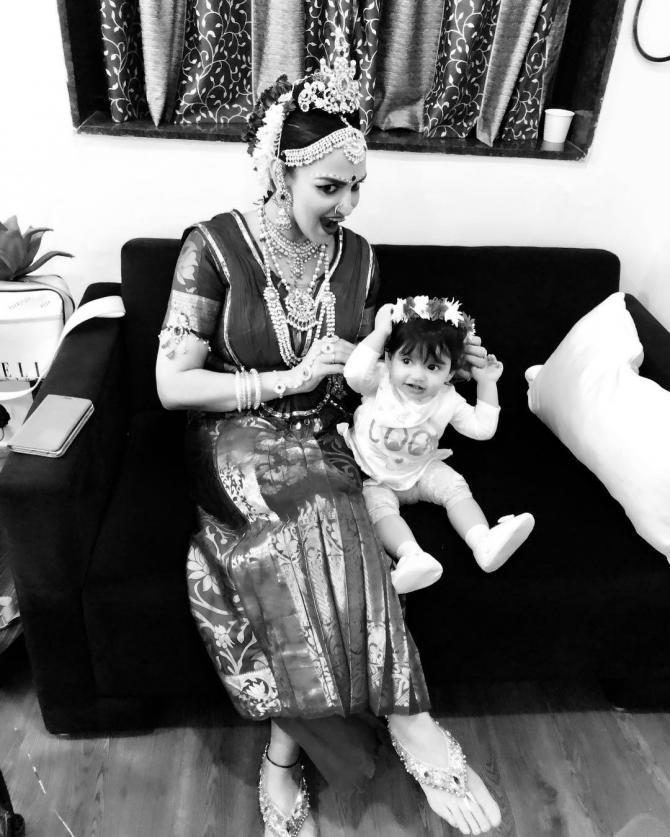 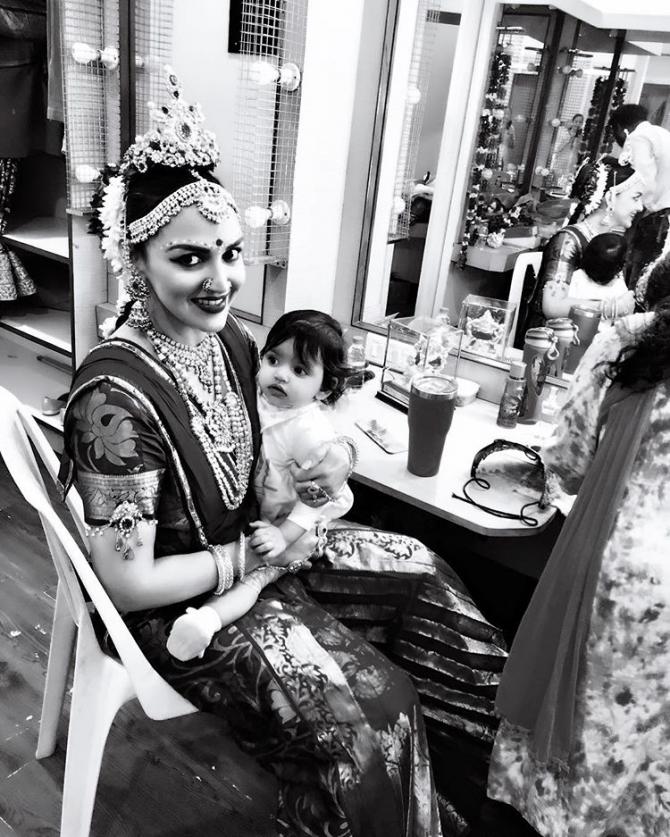 After Radhya was born, when Esha was asked about her feelings of embracing motherhood, she had shared in an interview, “Mamma loved doing things for Ahana and me, and today I understand that sense of joy when I dote and fuss over my little one. It is something that makes you feel complete as a mother. Beautiful Radhya fills up my days and nights. Both Bharat and I are extremely fortunate to be blessed with her in our lives. Radhya is bubbly and always smiling. Sometimes she does mischievous things that instantly bring back memories of my own antics as a child”. In the same interview, she was also asked if life has changed post-Radhya, and she had replied, “Mamma, Ahana and my in-laws comprise a strong support system for Radhya. My life feels more complete now, after having had her. Motherhood has made me more confident, content and relaxed as a person, it has worked like magic for me. A large chunk of my daily routine involves Radhya now. As soon as I finish this interview, it will be her bath time. We maintain a strict routine for her”. (Suggested Read: Shoaib Malik Announce The Name Of 'Baby Mirza Malik', Sania And Shoaib's Son's Name Means Genius)

She had further added, “Motherhood has also made me imbibe a lot more energy, and the yearning to live life to its fullest. I feel a huge chapter of my life has just started with the arrival of Radhya. Looking into her eyes, I understand why mamma's eyes light up every time she sees Ahana and me”. 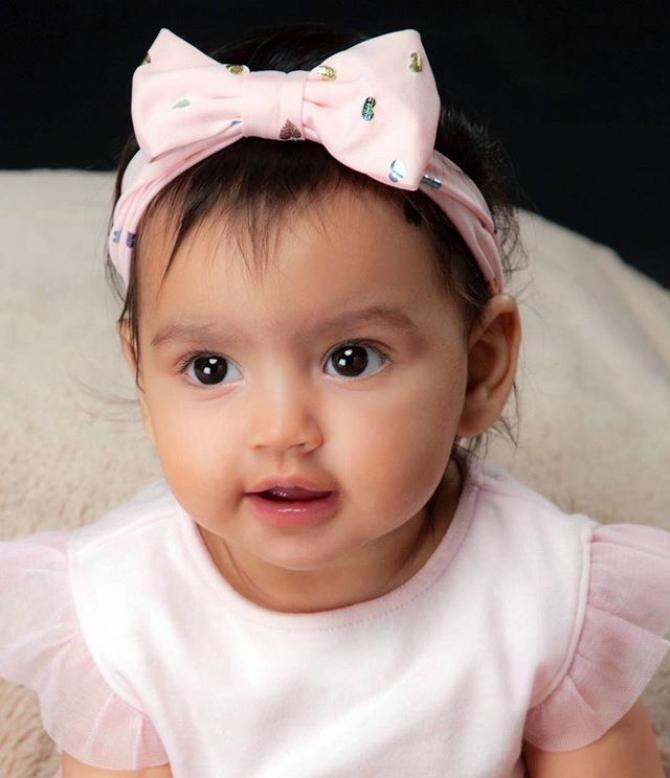 How is Radhya as a baby? Esha was asked this question in a media interaction, and the 36-year-old actress had quipped, “Radhya is a happy baby unless forced to do something she doesn’t want to do. She’s very much my daughter, and there are times when she gives me that Deol look with one eyebrow raised and I feel that I’m looking at myself in the mirror”, and further went on, “For a long time she was supposed to arrive on my birthday, November 2, but eventually came a day after Diwali much to Bharat’s relief as he didn’t want another Scorpio in his life. Now, there are three Librans — my mother, husband, and daughter — to balance me out”. For those who do not know, Esha Deol got married to her childhood friend, Bharat Takhtani on June 29, 2012. Earlier, when she was asked what made her marry a man outside the industry, she had revealed, “I realised that he’s someone who’ll be mine and remain loyal. I’ve always been a protected child but now I feel even more protected. I don’t feel like a lost soul anymore. There’s more purpose to life, something to look forward to. There’s a companion to hold my hand, haath pakdne wala koi hai. Bharat’s outgoing yet traditional. In a way, he’s like Papa; he knows how to keep his family together. If he can love and care for them, he won’t let me down either. Also, he’s comfortable with my celebrity status. He doesn’t view me as Esha Deol, he knows me as Esha, his friend”. (Don't Miss: Mira Rajput Kapoor Shares Misha Kapoor And Zain Kapoor's First Picture Playing Together)

Deols definitely make a perfect family together, right? How did you like Esha Deol’s picture with her daughter and Hema ji in one frame?