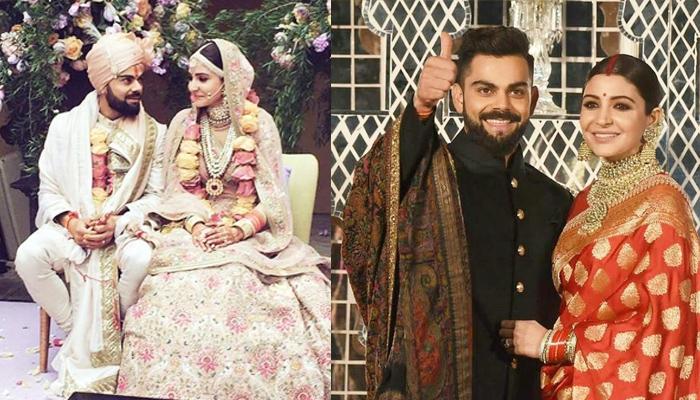 There is no doubt about the fact that Virat Kohli and Anushka Sharma’s intimate wedding ceremony was the most memorable wedding of 2017. It was a close-knit wedding affair with some guests who joined them in Tuscany, Italy. From their wedding looks to every arrangement, it was top notch. They truly make everyone believe in love no matter what.

Now the latest buzz is as per reports, the adorable couple might have to tie the knot again in India. Since they tied the nuptial knot in Italy, they do not hold a legal marriage certificate as per the Indian laws. The couple already held two lavish wedding receptions in Delhi and Mumbai respectively. Even honourable PM Narendra Modi was also a part of their Delhi reception.

The way they announced their happy news to the world that they are married, was special too. They were quoted as saying,”Today we have promised each other to be bound in love forever. We are truly blessed to share the news with you. This beautiful day will be made more special with the love and support of our family of fans & well-wishers. Thank you for being such an important part of our journey.” 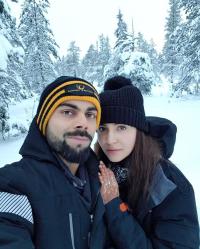 Recently, during the first test match against South Africa in January 2018, the newbie bride was seen present there in the stands at Newlands to cheer for her hubby cricketer and his teammates. Anushka was also spotted shopping in the sale, running around bubbles and shaking legs with a localite on the streets of Cape Town. All in all, they were seen enjoying their vacation. And how Virat adorably defined his vacation was special. This is what he wrote, “Cape Town is such a beautiful place and even more beautiful with my one and only!” 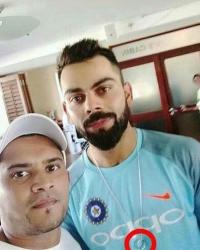 A brilliant way by Virat to keep your loved one near even while working is practising in South Africa in front of her wife and even carrying her ring finger, close to his heart by wearing it around the neck as it bothered him on his finger while playing. Isn’t it the cutest gesture by him? Well, as per latest report, Anushka is still not back in India to start her shooting for her film Zero and as per the sources, her close friend Shah Rukh Khan and film’s director Anand L Rai have decided to postpone the schedule of the film only for Anushka. Because Anushka can spend little more time with newbie hubby, this is like the sweetest gesture by the team right? 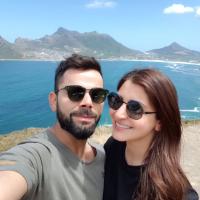 We wish Virat and Anushka all the love and togetherness and we cannot wait to see their new look for their marriage in India! Finally! The favourites of netizens, the dashing cricketer Virat Kohli and Bollywood diva Anushka Sharma exchanged their vows in a private ceremony in Milan, Italy. Recommended Read: 10 Times Anushka Sharma Looked STUNNING In Traditional Outfits And Swept Us Off Our Feet As promised, this cutesy couple has made an official announcement