Vikrant Massey's girlfriend, Sheetal Thakur cannot strop praising his acting stint in his upcoming film, 'Chhapaak'. She posted a heartfelt note for him! 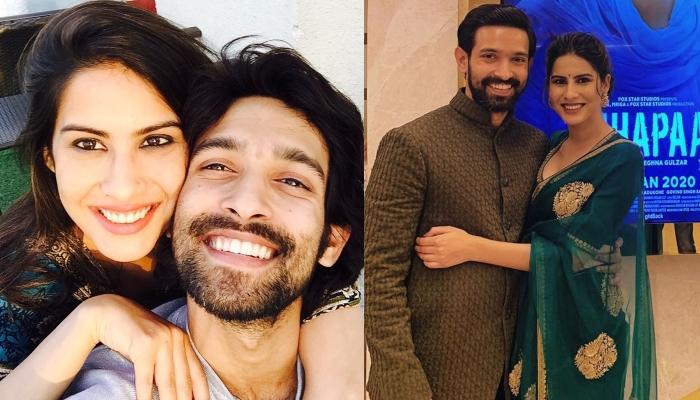 'Koi chehra mita ke, aur aankh se hata ke, chand chhente udda ke jo gaya, chhapaak se pehchaan le gaya'! This dialogue from the director, Meghna Gulzar's film, Chhapaak, justifies millions of emotions of an acid attack victim. We all can at least now, understand the physical, mental and emotional pain a girl goes through when she becomes an acid attack victim or we can call her an 'acid attack fighter'. Our society refuses to accept them as a normal being and they call them with names, without knowing what all she must have been through. But we hope that the upcoming film starring Deepika Padukone and Vikrant Massey will change millions of notions. (Recommend Read: Nehha Pendse Reveals She Has Met Husband, Shardul's First Wife And Daughters, Recalls First Meeting)

Chhapaak, is not just a movie, it is based on a real-life incident of Laxmi Agarwal and how she met her husband Alok Dixit, which is beautifully enacted by actress, Deepika Padukone and actor, Vikrant Massey. On January 8, 2020, there was a grand premiere of the film attended by family and friends of the cast and crew. The highlight of the night was Deepika Padukone and Ranveer Singh's cute kiss. And now, Vikrant Massey's girlfriend, Sheetal Thakur also shared a heartfelt note for him.

On January 9, 2020, Sheetal took to her Instagram handle and posted a lovely note praising her boyfriend, Vikrant and the film. She shared a beautiful picture with Vikrant from the premier and wrote, "A film which compels you to reflect upon your surroundings. #Chhapaak is one such film. Kudos to @meghnagulzar and the team for bringing this conversation up, @deepikapadukone for delivering a gut-wrenching yet beautiful performance, and ever so reliable @vikrantmassey87 for yet another flawless portrayal, @thelaxmiagarwal you reliance is so inspiring." Take a look at it below: 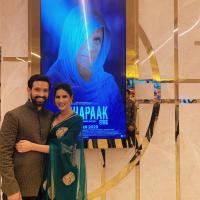 For those who don't know, Vikrant Massey had gotten engaged to Sheetal Thakur in an intimate ceremony in November 2019. The actor had confirmed the same with an entertainment portal, Koimoi. He had shared that he will talk about the marriage date at the right time. The duo has been in a steady relationship since 2015. On November 12, 2019, Sheetal had celebrated her birthday and Vikrant had taken to his Instagram handle and posted an adorable Instagram story for the love of his life. The actor had shared a picture with her and had written, "Happiest birthday Chintu! Thank you for coming into this world", along with a heart emoji. (Also Read: Kangana Ranaut's Brother Aksht And His Fiancee, Ritu All Set To Tie The Knot On This Date) 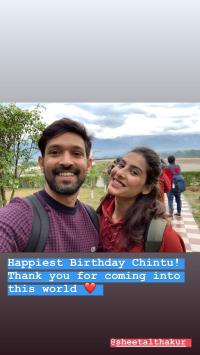 During the promotions of Chappak, Vikrant had also given a hint in a media interaction that he will be tying the knot somewhere in 2020. Vikrant, who never talks about his personal life with the media, had talked about his ladylove in an interview with the Filmfare. He had shared, "We aren’t closeted about our personal lives just to create intrigue about us. You can see our pictures on our Instagram handles. I don’t talk about these things as I’m shy. I prefer coming back to a regular home like any other family. Coming back to reality from this glamorous, fragile, world of make-believe keeps me sane. Or I can be consumed by things and turn self-destructive at times." 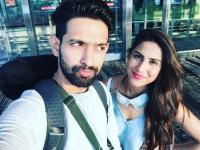 Once in an interview with the Hindustan Times, Vikrant had shared an incident of his crazy female fan following. The actor had said, "In 2008, while I was shooting a TV show, a woman came all the way from Odisha to Baroda to meet me. It turned out she was newly married; she said she had run away and wanted to marry me! We had to call the local police and it turned out her family had filed a missing person’s report. I was just 21 at the time and frankly, it was terrifying. It felt like I was in a movie." (Don't Miss: Ishaan Khatter Reveals His Rumoured Girlfriend, Janhvi Kapoor's One Request That He Had Fulfilled)

Well, we agree with Sheetal, Chhappak will definitely force people to change their thinking! 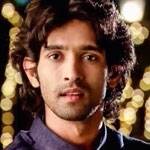