Athiya Shetty's love life has again got the attention of the media. Recently, ace designer Vikram Phadnis, comments on Athiya's Instagram post spilt the beans on her relationship status. 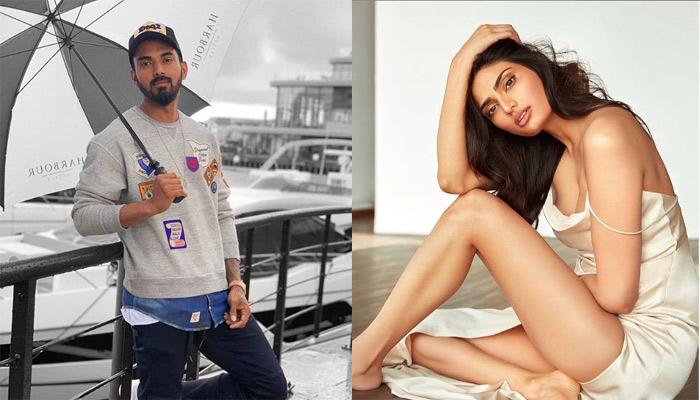 The relationship between Bollywood and cricket goes hand in hand. The rumours of Indian cricketers dating Bollywood actresses have always been in the headlines. From Mansoor Ali Khan Pataudi dating Sharmila Tagore to apparent Yuvraj Singh dating Kim Sharma and several Bollywood stars are happily married to cricketers. Virat and Anushka, Yuvraj Singh and Hazel Keech, Harbhajan Singh and Geeta Basra are just a few examples.

Mubarakan actress, Athiya Shetty has again managed to grab the attention of the paparazzi for her love life. The actress is rumoured to be dating Indian cricketer, KL Rahul and they happen to be in a relationship from the past couple of months. However, both have remained silent on the rumours. Recently, Athiya Shetty’s good friend and ace designer, Vikram Phadnis spilt beans on the dating rumours. (Recommended Read: Madhurima Tuli Has Learnt A Huge Lesson On Nach Baliye 9, Says 'One Should Never Get Back With Ex')

On August 29, 2019, Athiya Shetty had shared an inspirational quote on her Instagram handle and captioned it, “Always, always.” After the post, her close friend and designer, Vikram Phadnis had posted a series of comments, which suggested that something is brewing between Athiya Shetty and cricketer, KL Rahul. In one of the comments, Vikram had mentioned KL, which happens to be the initials of the Indian cricketer. The series of comments continued and in reply to one of Vikram’s comment, Athiya wrote, “Time to block you.” Take a look at the picture and comments: 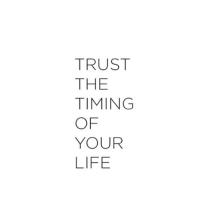 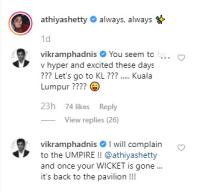 Amidst all this banter between the two, fans went gaga over the news of Athiya and Rahul dating and started a series of comments congratulating the two. One of the comments could be read as, “Oh! Finally, it’s confirmed. Days of speculations come to an end.” 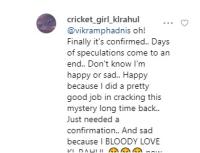 The rumours of Athiya Shetty and KL Rahul dating, started when Akansha Ranjan Kapoor, who happens to be the mutual friend of the two, had shared a picture on her Instagram handle in April and had captioned it, “n I'm so good with that.” (Suggested Read: Arjun Rampal Is Impressed By GF Gabriella As She Wore His Suit Better Than Him, Can't Stop Praising) 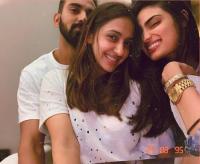 News of Athiya Shetty and KL Rahul’s relationship filled several gossip columns after a BollywoodLife report stated that the two started dating around February this year and ‘things are quite serious.” Apparently, the two had met through common friends. However, the two remain unavailable to comment on their dating rumours. As per the source, the two refrains from public appearances to avoid speculations. KL Rahul is busy with his cricket and Athiya is currently shooting for her upcoming movie, Motichoor Chaknachoor, where she will be seen sharing screen space with Nawazuddin Siddiqui. 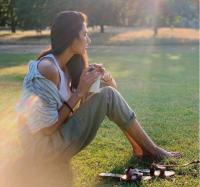 KL Rahul’s name has been linked up with Bollywood actresses over the past year. Earlier, he was rumoured to be dating Alia Bhatt’s BFF, Akansha Ranjan Kapoor and Nidhhi Agerwal. However, the cricketer denied the rumours. In an interview with the Bombay Times, Rahul had said, “Oh, all these things have been written about? I don’t really read the papers, so I don’t know what has been written about me. I have learnt to keep my personal life personal and not make it a thing to talk about. I am committed to cricket right now." When the cricketer was asked about his relationship status, he had commented, “I don’t really know. When I figure that out, I will give you a call and tell you."  (Must Read: Hrithik Roshan Opens Up About His Equation With Ex-Wife, Sussanne Khan) 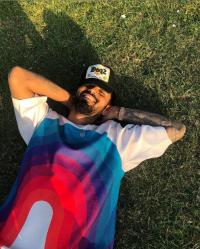 We are waiting for the official confirmation from the two. What about you guys?