Here are some of the most lesser-known facts and secrets about South Indian superstar, Vijay Deverakonda that aren't known even to some of his biggest fans. Check it out!

While some call him arrogant, some call him the future king of the South Indian film industry, but everyone agrees on the one fact that he holds a gigantic fanbase that spreads across the country. Yes! We are talking about Vijay Deverakonda, one of the biggest stars in the Telugu cinema. The actor had made his acting debut in the film industry back in 2011 with the film, Nuvvila, which was directed by Ravi Babu. After acting in a series of films like Life Is Beautiful, Yevade Subramanyam, Pelli Choopulu and Dwaraka, he rose to fame with his blockbuster film, Arjun Reddy.

Vijay Deverakonda's performance in the film, Arjun Reddy had taken his acting career to an enormous height, and the actor had not stopped there, as he had worked in films like Mahanati, Geetha Govindam, Taxiwaala, Dear Comrade, and the list goes on. Back in 2019, Vijay Deverakonda was featured in Forbes India's List 30 under 30 after it was revealed that he was the most searched South Indian actor in the same year. Well, everyone is aware of Vijay Deverakonda's professional height. However, there are still tons of unknown things about the actor that aren't even known to some of his biggest and die-hard fans. So without further ado, let's jump straight into Vijay Deverakonda's hidden secrets! 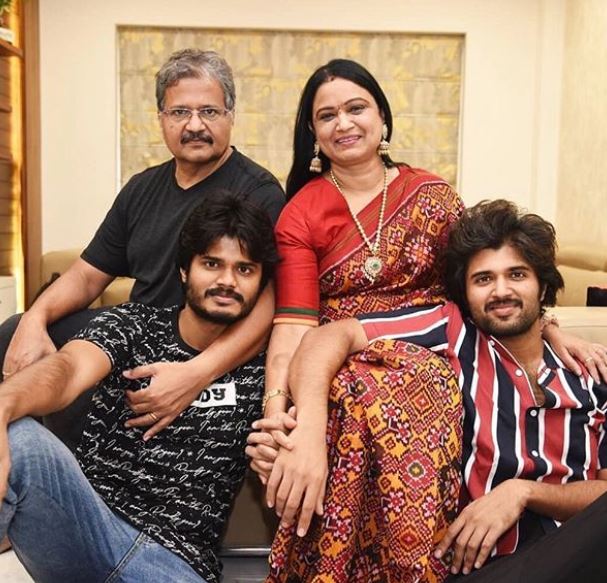 Vijay Deverakonda is a writer by birth 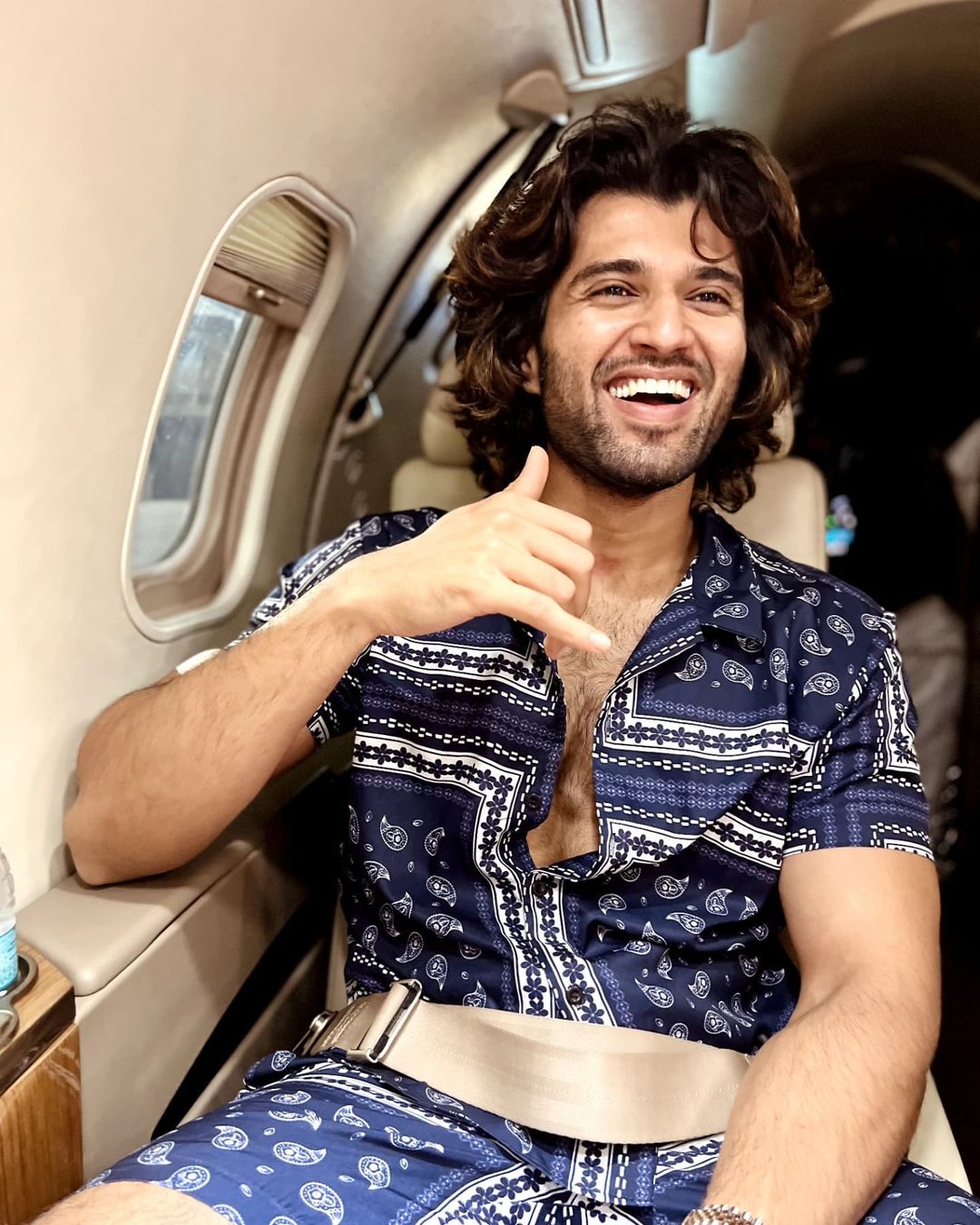 Before he had found his interest in acting, Vijay Deverakonda was exceptionally fascinated by writing. He had started penning short stories and poems at the mere age of just four. The actor used to study in a boarding school, Sathya Sai Higher Secondary School in Andhra Pradesh, and that's where he had developed an interest in writing. It'll be interesting to see whether Vijay will utilise his writing skills to its full potential in future or not.

Vijay Deverakonda is a theatre artist 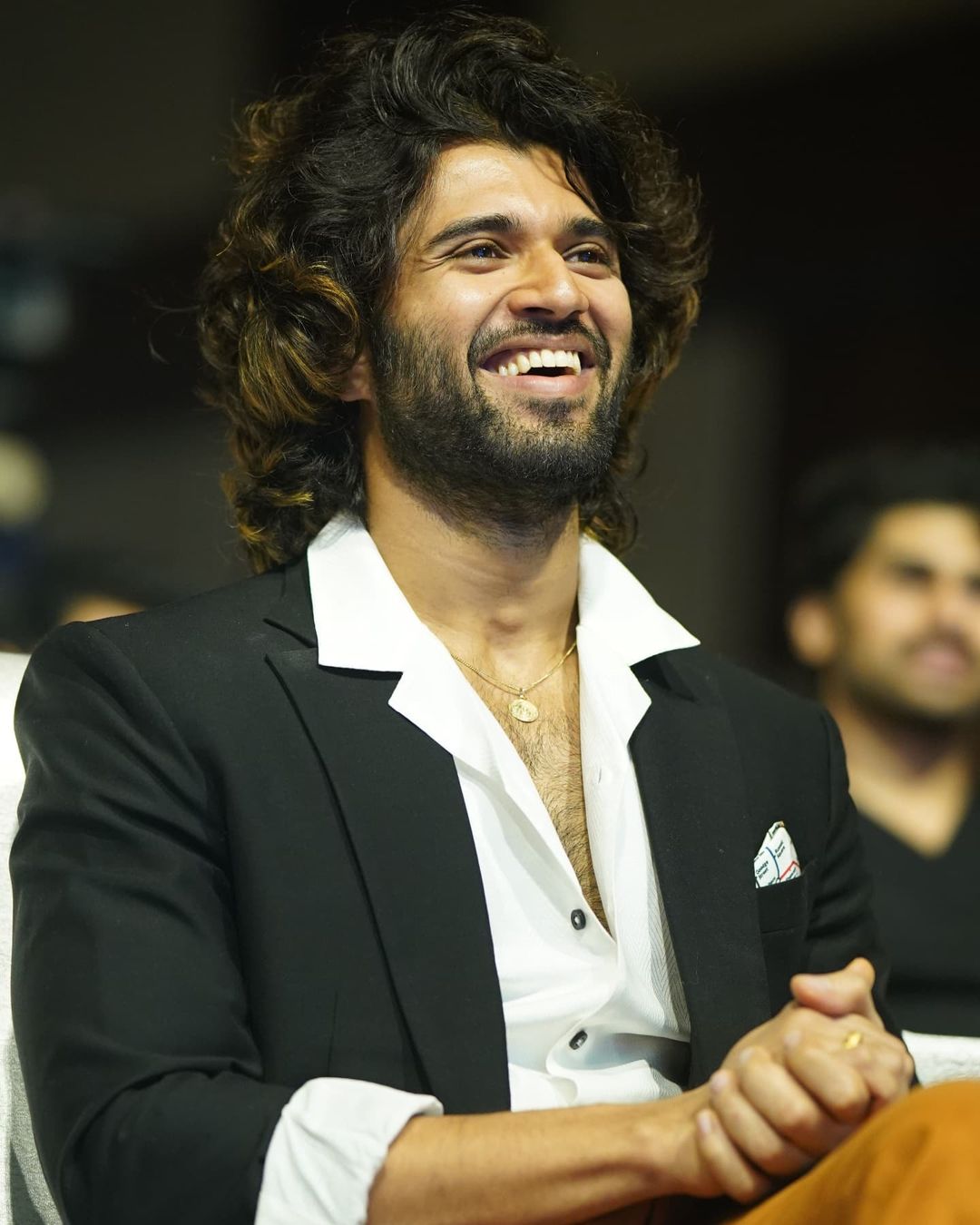 There's one thing that is common among most of the great actors in the film industry, and that is the fact that they all have been theatre students once. Well, the same goes for Vijay Deverakonda, who is often categorised as a method actor, after his impressive performance in the film, Arjun Reddy. The reason behind so much realism in Vijay's acting is the fact that he was a part of the Hyderabad-based theatre group, Sutradhar.

Don't Miss: Sonakshi Sinha: Unknown Facts About The 'Dabangg' Actress That'll Make You Fall In Love With Her During his time with the theatre group, Vijay had worked in multiple plays, and that experience had helped him significantly in the film industry. Also, we have witnessed mere glimpses of it, time and again, in his various performances. Whether it is about getting into the skin of the character or being spontaneous in front of the camera, Vijay has truly learned a lot during his time in theatre. 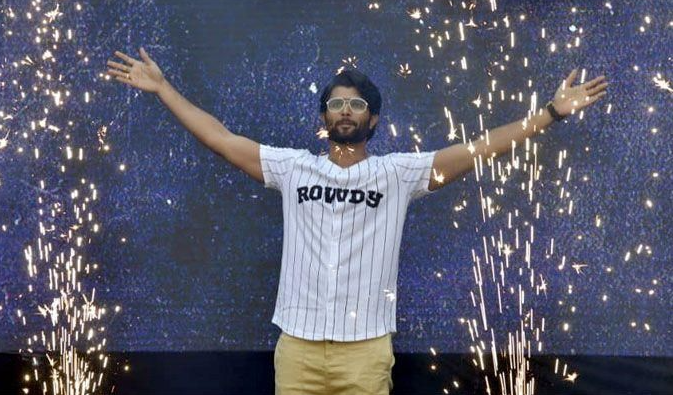 Apart from his superb acting, Vijay Deverakonda is also everyone's favourite because of his fashion quotient. The Liger actor is quite famous and followed on social media platforms for his style game. In recent years, we have seen his name coming to the forefront whenever someone talks about Indian actors with top-notch fashion game. 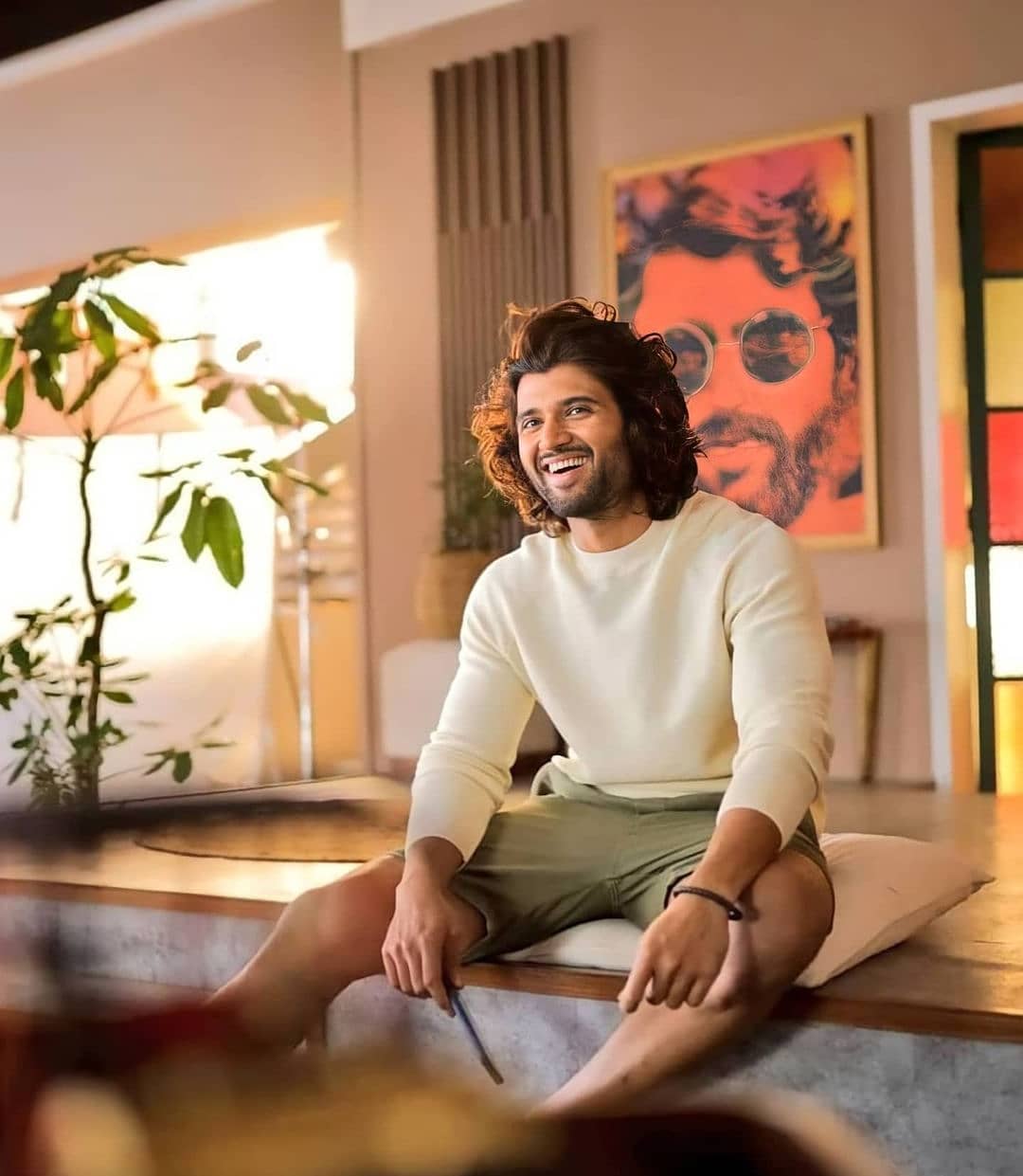 A few years back, Vijay Deverakonda had decided to take his knowledge about fashion to a whole new level, as he had launched his clothing line, Rowdy, and it had delighted his billion fans across the nation. During his interaction with the media at the launch of his clothing brand, Rowdy, Vijay had opened up about the idea behind his brand and had explained:

"Rowdy Wear is clearly an extension of my personality; it brings with it the attitude to express who you really are and questions conventional thoughts and processes with comfort, in street style. I believe this attitude is now entrenched in a majority of the youth in this nation and would like to aid them with the right fashion sense that further enhances their spirit."

Vijay Deverakonda sang the song, 'I am You- I am the ROWDY you', for his brand, Rowdy

When Vijay Deverakonda had announced the opening of his clothing brand, Rowdy, the actor had done it in style and had even released an official song for it. In order to add a bit more to the hype, Vijay had sung a song that was all about the meaning and purpose behind his clothing line. The song had brought Vijay's singing abilities in front of the public for the first time and had impressed everyone. Check it out!

You May Like This: Unknown Facts About Sai Pallavi: From Inclusion In Forbes To Rejecting Fairness Ad Worth Rs 2 Crore

Vijay Deverakonda's love for cinema is second to none, but his urge to give it all to the art of storytelling makes him one of the most skilled actors in the film industry. Apart from his interest in acting, writing, dancing, and singing, Vijay also holds a passion for filmmaking. Yes! You read it right, and not just his interest. He had even directed a short film, Madam Meerena. The supremely-talented actor had taken this challenge of directing a short film on his own and had completed it within five hours.

When Vijay Deverakonda was about to leave acting 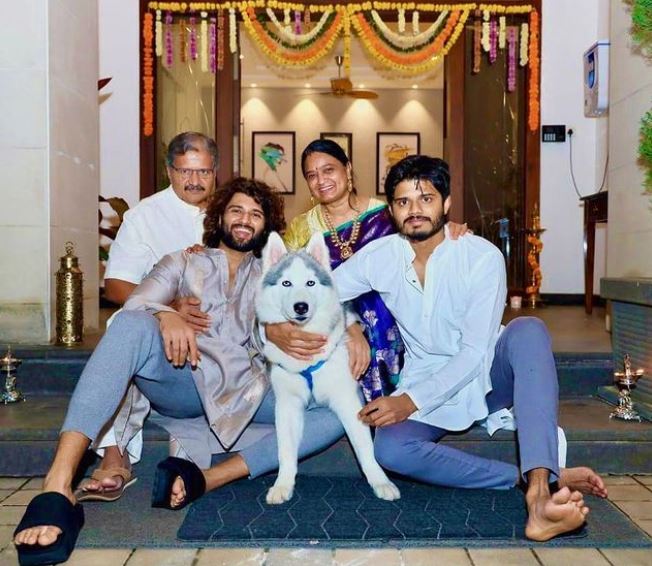 Vijay Deverakonda had made his debut in Telugu cinema with the film, Nuvvila in 2011, but despite having so much potential, he had not got enough acting opportunities. It was an extremely difficult time for the actor as nothing was working out in favour of him. In a throwback interview with a news portal, Vijay had talked about the same and had recalled the time when he was inches away from leaving acting for a bank job. He had revealed:

"I was good with my studies. I topped in exams. So my family was like when he is so good with his studies, why does he want to get into the movies? When there was no work, my sister slowly started to ask questions like Vijay what's next? She used to ask whether I wanted to pursue my MBA. And she also started sending job applications. And she followed that up with phone calls. I was under a lot of pressure as everyone in the family was concerned about my future. Finally, after Yevade Subramanyam, my family has become very supportive (of my ambition)." 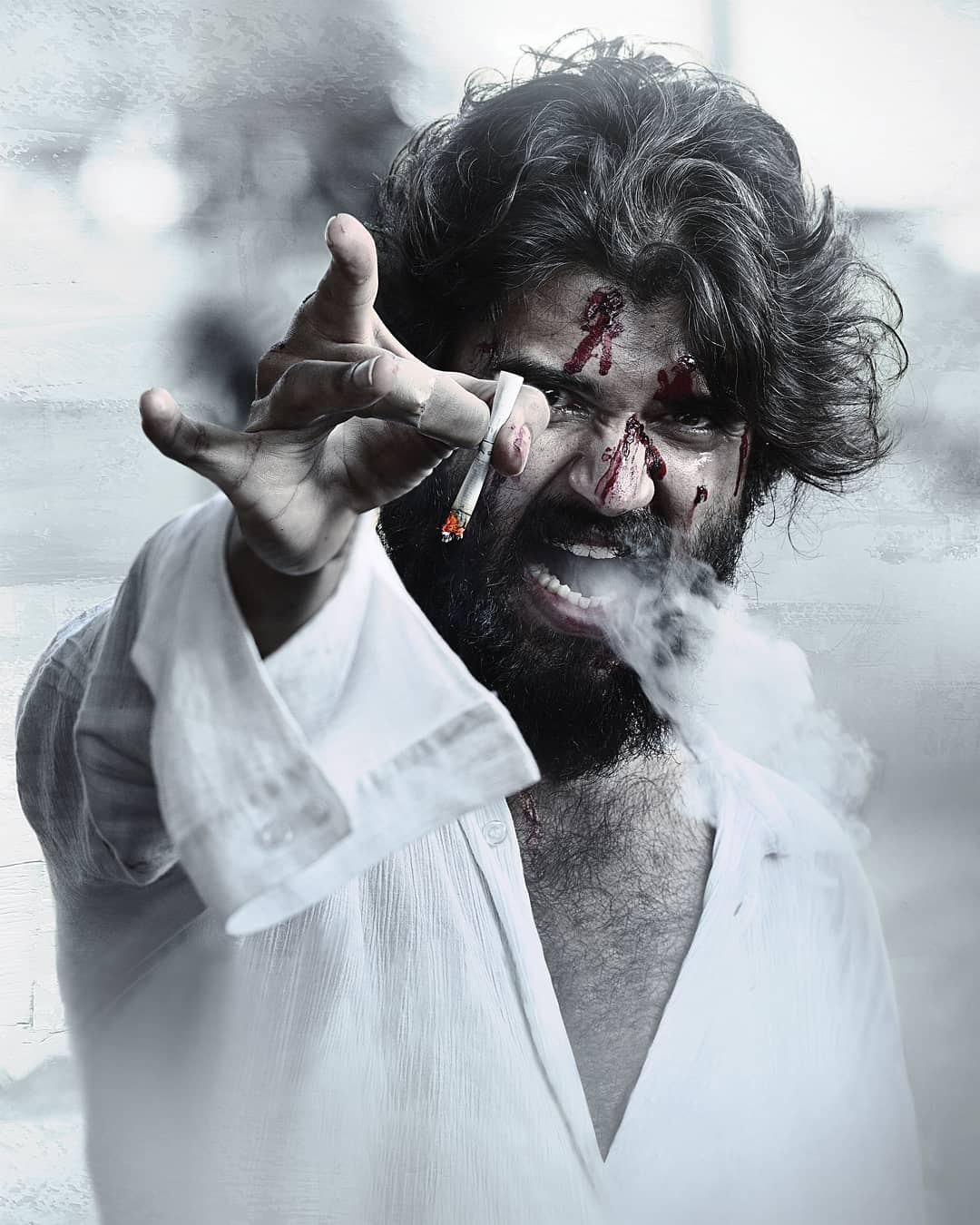 There aren't a lot of superstars out there who hold a fanbase as massive as Vijay Deverakonda. The man who has set the entire nation on fire with his superb acting and fashion quotient is simply the dream man of millions of girls. We hope he continues to thrive in his career!