Vicky Kaushal reveals how his life has completely changed post his marriage to the love of his life, Katrina Kaif.

Vicky Kaushal and Katrina Kaif can be safely hailed as the most loved-up and adorable couple of B Town. Painting the town red with their mushy romance, both on and off screen, they send their fans into an instant meltdown with their love and romance with one another. Lovingly nicknamed as VicKat, fans cannot stop adoring the fact that the couple looks like a perfect match made in heaven.

For the unversed, after making their fans wait anxiously for months, it was on 9 December, 2021, that the couple made their relationship official by sharing glimpses of the most special days of their life, their wedding. While the pictures became the most treasured possession of their huge fan base almost instantly, however one could not miss the fact that the couple looked totally lost in each other in those pictures. Ever since their marriage, Vicky and Katrina are often seen to be heaping praises on one another in many public events that they attend individually. On a recent note, during a promotional interview with Pinkvilla, ahead of Vicky’s upcoming film, Govinda Naam Mera, the doting hubby bared his heart about how his life has evolved post his marriage. In his words:

“Changed is a very strong word to use very easily, I would not say it has changed. I would say it has evolved. Life is better, sukoon hai, shanti hai, it is nice.”

Check It Out: Vicky Kaushal Says 'Aaj Khana Nahi Milega' As He Cracks A Joke On Wifey, Katrina Kaif Further in the interview, Vicky also took a hilarious dig at his wife’s dancing skills, which simply won the hearts of their fans. When asked about the one person he would like to choreograph in real life, Vicky quicky took his wife’s name. However, he shortly quipped in an apology and said that he was sure that he won’t receive dinner that day back at home. In his words: Apart from his handsome looks and powerful performances, the one other thing that Vicky’s fans laud him for is his exceptional love and adoration for his family. Being a complete family man, Vicky often shares glimpses of his family members, as he lovingly calls them his pillars of strength. For instance, on August 31, 2022, Vicky took to his social media handle and shared a heart-warming photograph of his family as they sat together during the Filmfare Awards. He penned a special note as the caption, which could be read as:

“My pillars. My strength. My everything.”

Next Read: Alia Bhatt On Getting Constant Scrutiny Due To Her Fame, Says, 'You Can't Have Your Cake And Eat It' 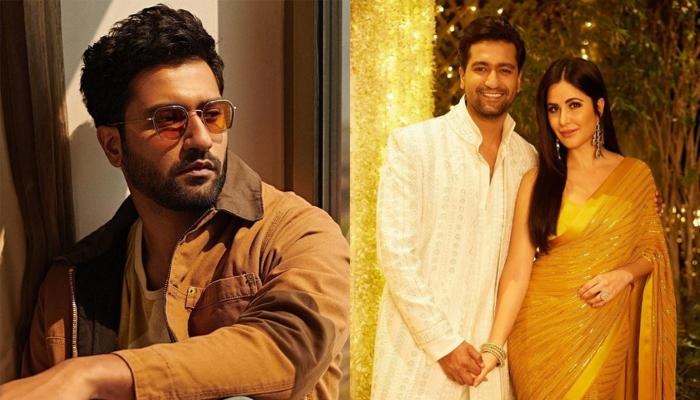 Vicky Kaushal and Katrina Kaif have been painting the town red with not just their pure love, but by just being there as the most beautiful couple. Known to the world as VicKat, the slightest of their glimpse brings a broad smile to the faces of their millions of fans, who