Clearly, its time we stop giving introductions to stars like these! One of the most eligible bachelors of the industry and every girl’s heartthrob, Vicky Kaushal rose to fame like how and is on every top director’s ‘wanted’ list. No matter how much we get to see him on the screen, it just doesn’t seem enough! (Do Read: Alia Bhatt And Ranbir Kapoor Babysit Yash And Roohi After Daddy Karan Johar Heads Off To Milan)

Vicky had recently grabbed a lot of headlines when he was spotted on a lunch date with popular television actress and host, Harleen Sethi. Rumours have it that the duo is often spotted chilling and going on dates together. Vicky, who was busy with the promotions of his latest release, Manmarziyaan culled out time from his hectic schedule and went out on a lunch date at a Juhu restaurant with his rumoured muse. While Vicky happily posed for the shutterbugs, one could spot Harleen hurrying away towards her car. Checkout: 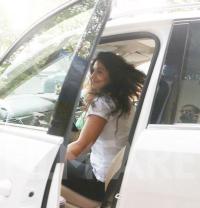 While the actor’s love life seems to be at peace in the moment, this was not always the case with him. Years back, the Sanju star had a bad breakup which compelled him to turn to a poet. In a chat show, the actor shared interesting details on his life, love and breakups. Although Vicky didn’t name anyone, but sharing his own story, he indicated that everyone has their own way of dealing up with breakups. He had shared, “I think it is the only time when I turned into a poet. Every break-up story is great, you start hearing sad songs. Chalo ek baar fir se hum ajnabeei banjaye..” 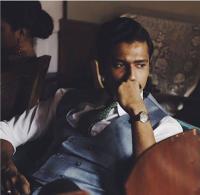 Do you ditto Vicky here? A latest Instagram picture of Vicky refurbished people’s faith in struggle and hard work.  The throwback snap that Vicky shared of himself, had him looking unrecognisable from him audition days. Sharing the picture, he captioned it as, “Once upon a time, when I would say “Sir, am I fit for the audition?” even in my sleep. God has been kind in my journey so far. Also, I have grown an inch taller since then, don’t know if this is even possible after a certain age.” (Checkout! Salman Khan's Co-Star Rambha And Her Husband Blessed With Their Third Baby On September 23)

The Raazi star also shared his struggle story. He was quoted as saying to Hindustan Times, “Audition phase mein bahut lagta tha ki kya hoga… I was knocking at every door for auditions. I would meet people and say, ‘please give me a chance’. There have also been times when I would get selected for a role, [but] at the last moment, would get replaced. It was disheartening and every time such things happened, the finishing line seemed too far.” 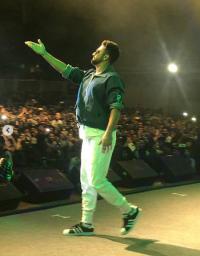 Speaking about relationships, the Masaan star told The Indian Express, “I don’t believe in relationship of convenience, personally. I am an introvert, not that much now after getting into acting, but in a relationship sense. I believe in becoming friends first and in knowing each other. It is very old school way of getting into a relationship, even if it is a love at first sight. Relationship of convenience has never happened to me, so I cannot talk much about it. In the film, we have explored both – negative and positive side – of being in such a relationship.” (Don't Miss! Ajay Devgn Shares Wife Kajol's WhatsApp Number On Twitter As Prank, Her Reaction Is Every Wife Ever)

The charmer was also asked if marriage was anytime soon on the cards for him. To which he retorted, “Well, I have asked my parents for 3-4 years. I am just 29 after all and have a career to make. But I feel very positive about the institution of marriage. Laddu abhi khaya nahi phir bhi laddu toh laddu hi lagega. But I feel it always work as a strength to have a companion in life who you can depend on. I like the thought of it. Jab Shaadi karunga tab ek aur interview karunga and I will tell you if marriage is La La Land”.

Is your breakup story similar to that of Vicky’s? Let us know in the comments section below.