Indian Idol contestant, Vibhor Parashar was recently rumoured to be in a relationship with his mentor, Neha Kakkar. Vibhor has denied being romantically involved and talks about his bond with her.

As and when someone enters the showbiz world whether as an actor or singer or a member of the life behind the camera, their lives eventually become an open book. Rumours and conjectures related to your personal life are bound to circulate around your name, and one has to drink this bitter sip of the reality of glitz and glam world. Recently, one of the famous and very talented contestants of Indian Idol season 10, Vibhor Parashar fell into its game for he has been linked up to his mentor, Neha Kakkar.

Yes, that’s right! Rumours have been abuzz that Vibhor and Neha were romantically involved with each other. If the industry grapevine is to be believed, Neha, who was a judge on the singing reality show, Indian Idol season 10 and Vibhor, who was the contestant there, started having hots for each other. People started talking that she has found love in him after her bitter breakup with actor, Himansh Kohli. (You May Like: Neha Kaul Of 'Bahu Hamari Rajni Kant' Fame Gives Birth To A Baby Girl, Shares First Glimpse Of Her) 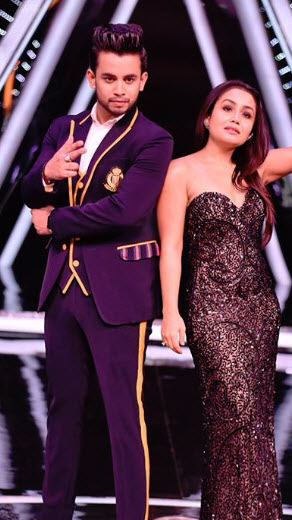 In an interview with BollywoodLife, Vibhor poured his heart out about his and Neha's relationship, and how people are tagging her as his girlfriend. Sounding a little upset with the rumours, Vibhor said, "You should take it as a rumour.” Further giving some more clarification, he was quoted as saying, "People have shit mentality. If someone is helping you build your career, it is because they see some talent in you. Just because I don’t tag her as didi (sister) on Instagram, everyone starts thinking that she is my girlfriend." Further revealing what kind of relationship he has with Neha, Vibhor stated that he is ‘Vibhor’ because of her and that she is an inspiration for him. In the Indian Idol contestant’s own words, "I'm Vibhor Parashar because of her. I really respect her and people know me because of her and obviously, also because of my hard work. So, I don't even feel like responding to these rumours. Mera dimaag kharab hota hai when I hear these things (I get irritated when I hear these things)." (Also Read: Rannvijay Singha's Wife, Prianka Singha Shares Experience Of Breastfeeding Kainaat Singha In Public) 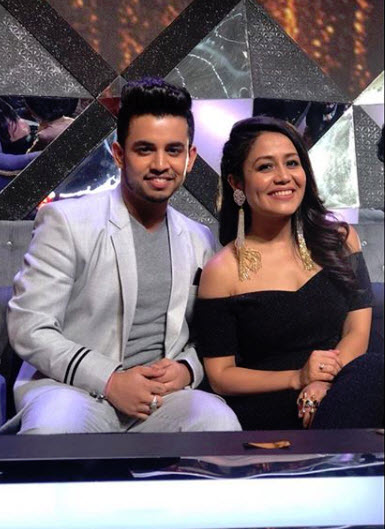 According to him, this is not the first time that he has become a prey to this scuttlebutt. Vibhor stated, "People don't understand that this negativity might hamper someone's mentality. She has worked quite hard and today she is above all the Khans. So, this is totally wrong.” 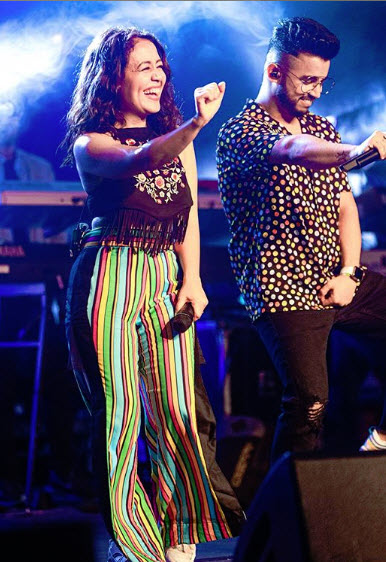 Vibhor is a budding singing sensation, but do you know he is also a famous musician, Neeti Mohan’s cousin? Yes, you read that right! When Vibhor made it to the Top 14 on his merit, she was quoted as saying, "I am very proud of him and I am seeing him grow since he was a child. Ever since I have seen him he is constantly striving to polish his craft, learning new instruments like keyboards, drums and everything. I have watched the Indian Idol episodes and it feels really good how Vibhor is impressing the judges with his singing.” (Don't Miss: Karan Singh Grover Reveals That His Wife, Bipasha Basu Is The Boss Of The Family) She had further added, “Vibhor always used to take guidance from me for improvements and learning it better and now I am really happy and proud about the fact that Vibhor has made it to Top 14 on his merit. I must say that he is going in the right direction and all my good wished are with him. Our entire family along with me are supporting and motivating him to reach the greatest heights on a platform like Indian Idol." Also, for the ones who don't know, Neha fell into depression after parting ways with Himansh Kohli. The singer herself had confessed the same on her official Instagram handle. The Instagram story could be read as, “Yes I am in depression. Thanks to all the negative people in the world. You're successful in giving me the worst days of my life. Congratulations, you’re successful!” Nonetheless, we wish Vibhor a successful career in the music field!