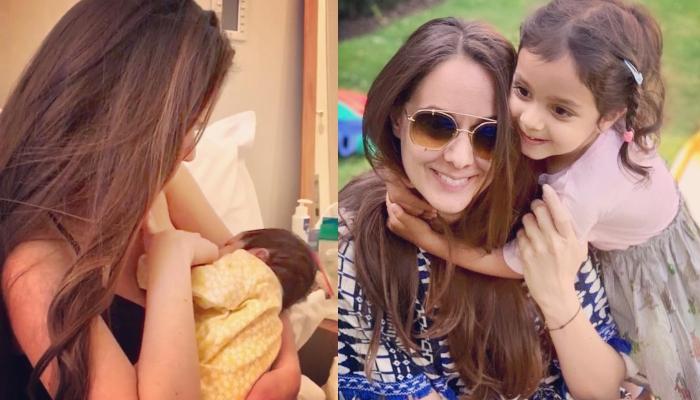 In India, mothers are considered a divine creature. They are the muse of every writer and painter, yet when it comes to the talk of feeding their little one, it is considered a 'no-no' subject. They are gawked upon as society still considers it a bit uncomfortable seeing a mommy breastfeeding her baby who is hungry. (Recommend Read: Amy Jackson Posts A Bare-Bodied Picture Of Herself Flaunting Her Stretch Marks And Baby Bump)

Recently, during breastfeeding week Bollywood actress, Neha Dhupia had addressed this issue with utmost sincerity and expressed her feeling of how uncomfortable society makes a mommy, who is just feeding her baby. Many actresses came out in support to join her movement #FreedomToFeed, and the recent one is Rannvijay Singha's wife, Prianka Singha, who shared her perspective on it.

While many narrated their flight feeding experiences, Prianka took to her Instagram handle and shared how she handled the situation. The star wife wrote a long and inspiring post, wherein, she talked about her experience of breastfeeding her daughter, Kainaat Singha. She wrote, "It’s International Breastfeeding Week and I couldn’t be a prouder mother to participate in this celebratory movement that has created awareness for many mothers who realise the challenges women face daily leading them to believe breastfeeding their child isn’t always an accessible option to them. But things MUST and WILL change." (Also Read: Neha Dhupia And Angad Bedi Take Time Off Baby Mehr Duties, Get Clicked At A Lunch Date (Pictures))

She further wrote how two middle-age kept staring at her, "I recall taking a domestic flight from Mumbai to Kolkata once where I wanted to breastfeed Kainaat during take-off as it helps reduce ear pain for an infant during elevation. Despite having my feeding apron on and wearing appropriate maternity wear for easy feeding with the least exposure, I was being glared at with unaccepting looks from two unknown middle-aged men sitting on the row beside me and ironically an elderly lady sitting behind them. At this point, my feeling of discomfort and frankly anger disturbed the feed and poor Kainaat and I were both unhappy."

Prianka also shared that she didn't wanted to use the unhygienic cubicle washroom of the flight for feeding her baby, "Why should I go into a tiny and possibly unhygienic cubicle of an airplane toilet to breastfeed my baby when sitting on my seat, in a concealed manner as possible, is the most feasible and natural option? So I continued to do so, despite the “looks”. NO woman, NO mother should ever feel uncomfortable when providing her child with the best she can offer. Thank you @nehadhupia for partaking in this annual movement and making noise for the #freedomtofeed. Thank you for this initiative."

Bollywood actress, Soha Ali Khan had also opened up her experience of feeding Inaaya on a flight in a video on Instagram. She had said, "It was definitely one of the most difficult aspects of being a new parent for me. As it is, I am so competitive by nature. I wanted to be the exclusive provider of nutrition and I was quite kicked by this wonderful, very humbling process that was happening to me. But it was also very demanding, very tiring and very frustrating, at times, to meet the rapidly increasing demands of a hungry baby."

She had further narrated the incident, "As a working parent, I found myself having to pump in the oddest of places. I have pumped in an airplane bathroom. When the seatbelt signs came on, I had to hurriedly dismantle everything, spilling lots of very precious breast milk along the way. When I came out and made it back to my seat, the air hostess asked me if I was doing my make-up inside. I was like, 'Uh...no.'"

Soha had also shared how she thinks to breastfeed in public should be encouraged and not shunned, "I think that they are doing something that is incredibly valuable, scientific and incredible. It really needs to be supported, as opposed to being shunned. The thing that encouraged me was finding support in other mothers and knowing that you're not alone. Whatever issues you went through, whether it was latching, low milk supply, sleepless nights, frustration, being upset with your body and hormones...there were people out there who could relate to it and tell you that you were going to be okay and that it's temporary." (Don't Miss: Dimpy Ganguly Writes A Heart-Warming Letter About Parenting Daughter, Reanna Based On Spirituality)

Well, we love Prianka's way of addressing the breastfeeding, 'anywhere, anytime, you can stare, I don't care'! What do you think? 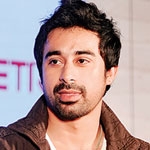