Vatsal Sheth wished his wifey, Ishita Dutta with a lovely wish and a throwback selfie from their Paris vacation. For her birthday celebrations, Ishita twinned with her hubby in yellow. Do you know there’s a no-dating clause that some actors have to sign before shooting for a show? Reportedly, Vatsal Sheth and Ishita Dutta had signed for a no-dating clause in their contract for Rishton Ka Saudagar – Baazigar. Every 90s crush, Just Mohabbat fame, Vatsal had tied the knot with Drishyam star, Ishita in a low-key wedding. But it was not their show, Rishton Ka Saudagar – Baazigar where they had fallen for each other, but post the end of the serial, Vatsal and Ishita used to meet and that’s when Cupid had struck them. (Also Read: Is Anita Hassanandani Pregnant? Fans Speculate As Hubby Rohit Reddy Posts Magic Trick Video With Her)

When Vatsal Sheth and Ishita Dutta were working together on the show, Rishton Ka Saudagar – Baazigar, reports had emerged in the media that they’re spending a lot of time together in their vanity vans and are allegedly dating. But refuting the reports, Vatsal had said that it was after the show they had become good friends which eventually led to falling in love. In a secret intimate wedding, Ishita and Vatsal had tied the knot at the ISKCON Temple in Juhu, Mumbai on November 28, 2017. 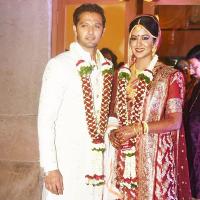 Vatsal Sheth and Ishita Dutta have been living their 'happily ever after' and lockdown proved to be a blessing in disguise as they had gotten a chance to spend a lot of time together, which earlier they couldn’t due to their professional commitments. And it also gave them a chance to make the special occasions even more memorable. On August 26, 2020, Ishita turned a year older and Vatsal penned a lovely wish for his most favourite. Sharing a selfie from their Paris vacation, posing with Eiffel Tower in the background, Vatsal wrote, “Happy Birthdayyyyy to my most favourite and the one who I love the most @ishidutta #HappyBirthdayIshita.” Ishita commented with an array of heart emojis. For her birthday celebrations, Ishita had cut two cakes and twinned with her hubby in yellow. Here are the pictures from Ishita’s birthday celebration: 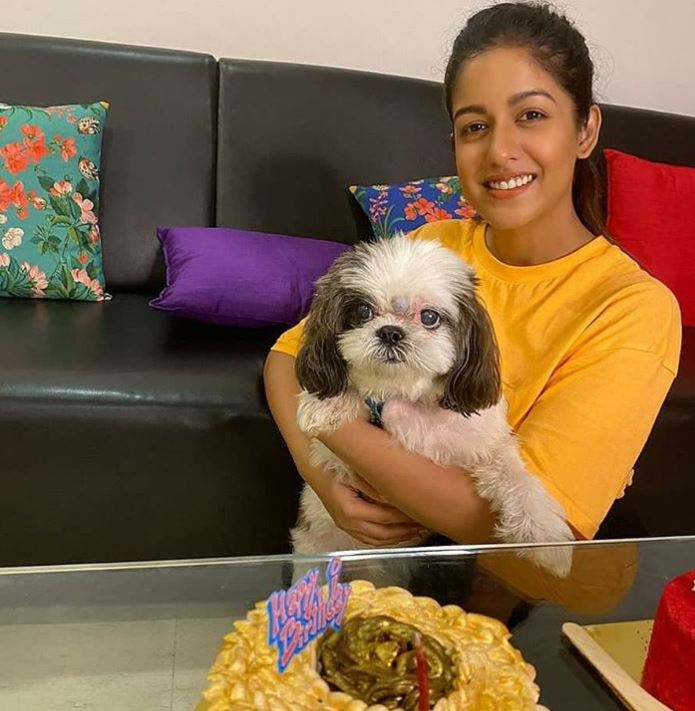 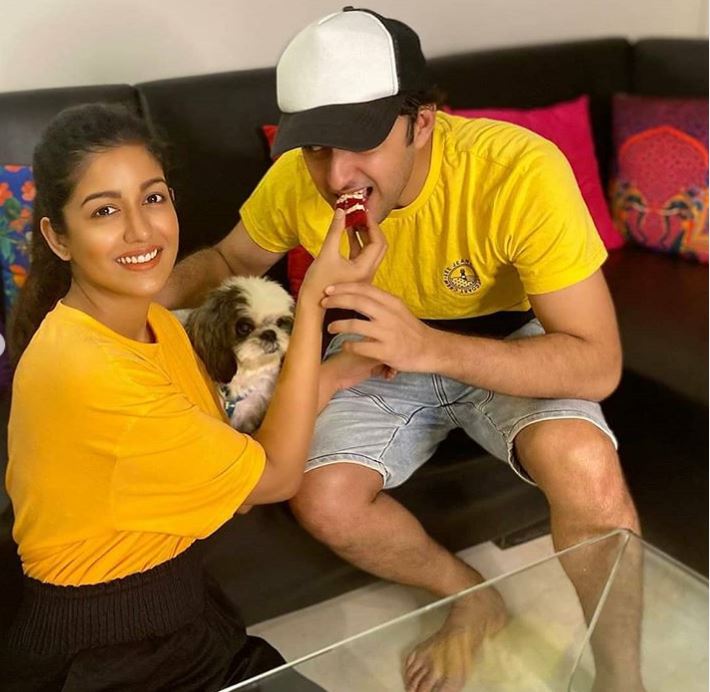 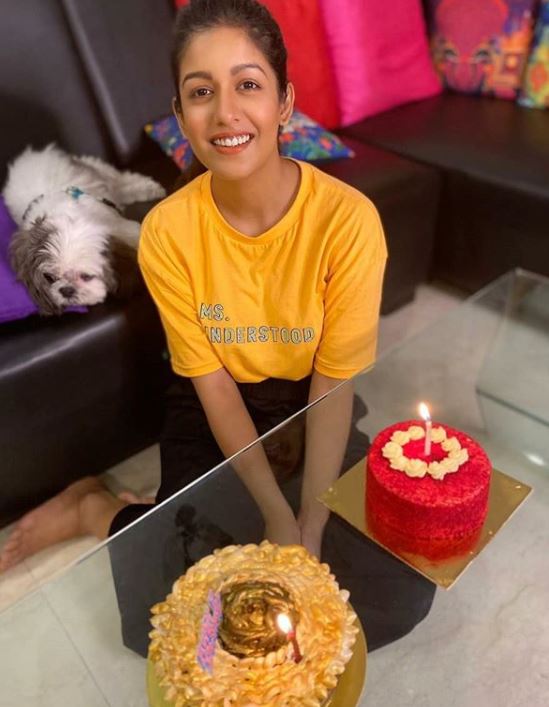 On August 5, 2020, to mark Vatsal Sheth’s birthday, Ishita Dutta had posted some all-smiles throwback pictures with her husband and had wished him with a heartfelt note. Ishita had written, “Happy happy birthday. my friend my love my life... Can never express in words what you mean to me n how much I love you… Happy bday vatty @vatsalsheth.” Ishita had also posted pictures from Vatsal’s birthday celebrations, for which the husband-wife duo had twinned in black. (Also Read: Divyanka Tripathi And Vivek Dahiya Dance Like No One's Watching Before Eco-Friendly Ganpati Visarjan) 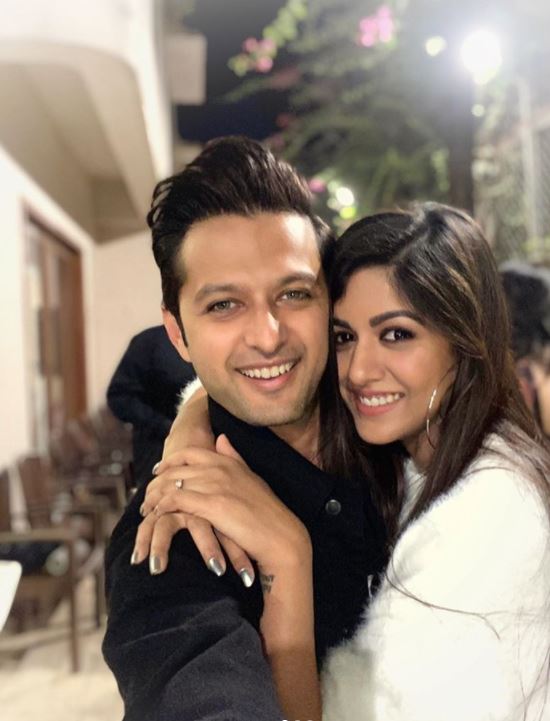 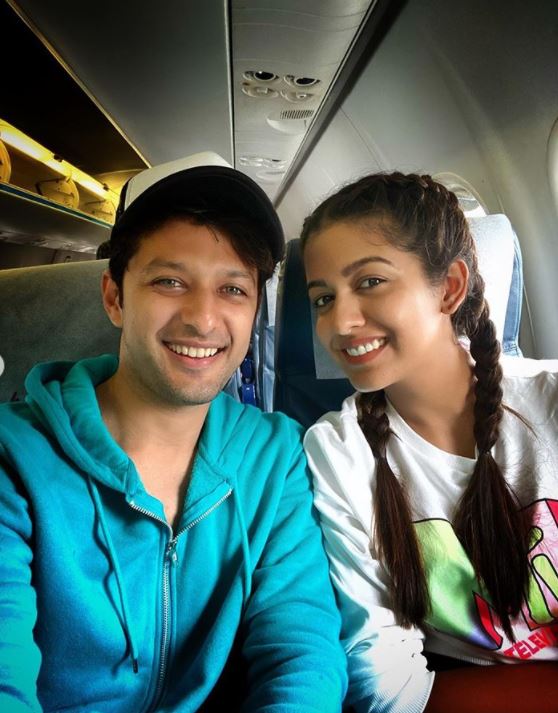 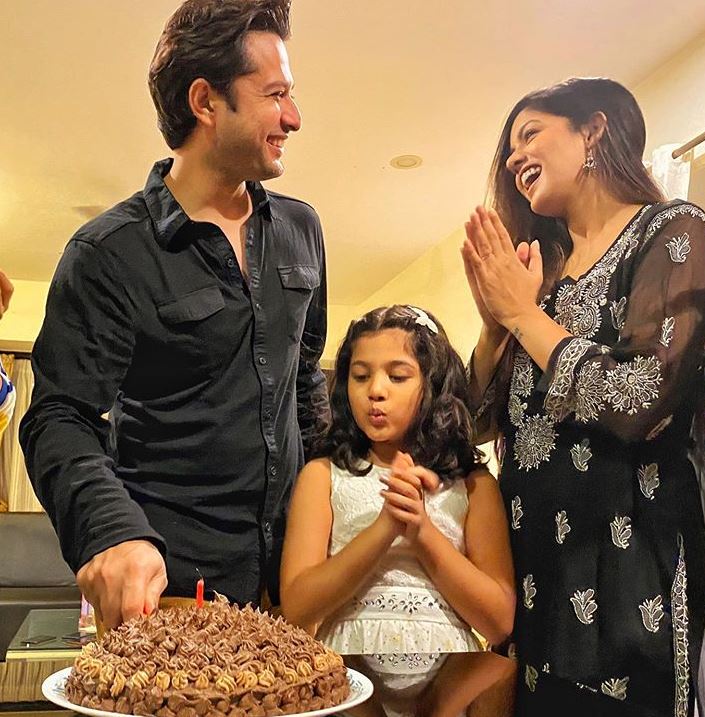 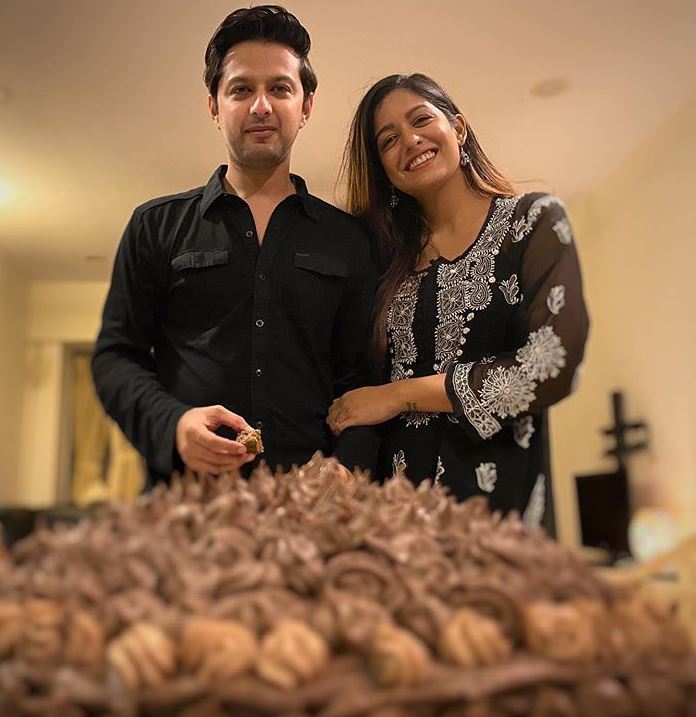 Ishita Dutta is 8 years younger to her husband, Vatsal Sheth and in an interview with SpotboyE, when she was asked to comment on it, she had said, “Nope. Pehle zamaane mein toh bahut common tha, aaj kal bhi itna rare nahin hai. I think what matters is only how you get along with your partner on day-to-day basis.” When asked if they’re planning for babies soon, Ishita had retorted, “Eventually yes, but I am still very young. Not anytime soon.” During the lockdown, Vatsal Sheth and Ishita Dutta have not only made the most of their personal time, but professionally too, they have used it productively by shooting a short film and a romantic single, Rehne Do Zara at their home directed by the Taarzan: The Wonder Car actor. Sharing his experience of directing his wife, Ishita, Vatsal had said in a SpotboyE interview, "It wasn't that difficult. For the first time I was directing and usually when we direct such stuff, you have monitors to see but here it wasn't there. So, that way directing it was difficult. And I wasn't unable to make Ishita understand my thoughts. But I was fortunate to work with such great actress.” To which, Ishita had added, "Arguments did take place because when you shoot at home you take things casually as there was also household work along. So, we decided that we will do it with a call time just like we go for our shoots. And that helped us to shoot it more aesthetically." (Also Read: Misha Kapoor's 'Twinning And Winning' Moments With Mira Rajput Kapoor Prove She Got It From Her Mama)