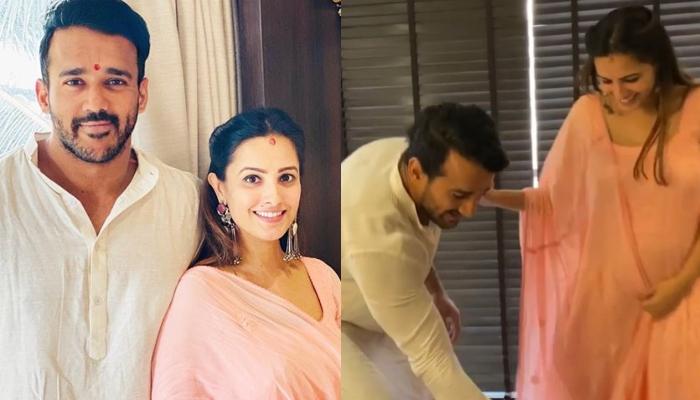 Do you remember the Aishwarya Rai a.k.a., Mansi Shankar’s friend in the song, Ishq Bina from the film, Taal? She became a household name a few years later and even today, the mention of the television industry remains incomplete without her contribution. Anita Hassanandani has several Telugu, Kannada and Hindi films in her kitty along with the television serials. Anita had risen to fame with Ekta Kapoor's Kabhii Sautan Kabhii Sahelii and is still reigning the television screens like how. (Also Read: Unseen Wedding Pictures Of Anita Hassanandani And Rohit Reddy Exude Love And Happiness)

Anita Hassanandani is not only riding high on the professional front, but in personal life too, she is living her ‘happily ever after’ with her super-charming and doting husband, Rohit Reddy. Just one glance at this ‘filmy at heart’ and ‘romantic by soul’ couple and your heart will blurt out a big ‘aww’! Anita and Rohit will complete seven years of marital bliss in October 2020 and just like every other couple in the entertainment industry, they are too surrounded with questions about embracing parenthood. Despite Anita and Rohit had denied the pregnancy speculations time and again, the conjectures never seem to fade away. 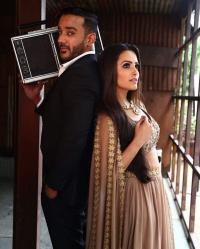 To mark Ganesh Chaturthi 2020, Anita Hassanandani and Rohit Reddy had posted glimpses of the Ganpati puja at their home. While the Ganesh Chaturthi celebrations were going on in full swing, Anita and Rohit had squeezed in some time to goof around and in a video post by the latter on his IG handle, he had performed a magic trick. Anita had looked ever-so-gorgeous in a pink anarkali and jhumkas. Rohit had captioned it, “Houdini, move over bro!” While their industry friends were impressed with the magic trick, netizens pointed out Anita’s baby bump in the comments section. Wondering if Anita’s pregnant, a user commented, "Not sure if it's the baggy clothes but for a second I thought Anita was expecting." Another replied, "Looks like @anitahassanandani is pregnant." Yet another wrote, "A baby bump for sure...the glow shows it on Anita di's face." 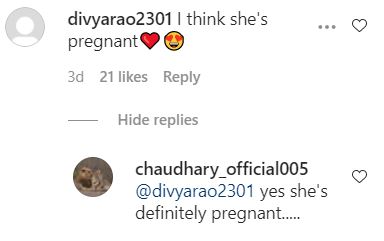 In an interview with BollywoodLife during Nach Baliye 9, Anita Hassanandani had revealed her plans for extending her family with hubby, Rohit Reddy. Anita had expressed that she was waiting to do the show for the longest time and after she’s done with it, she plans to have a baby. Anita had said, “Absolutely. That was the whole plan. Nach Baliye is a journey that you can't do after a child. It gets a little difficult. Or you have to wait for your baby to grow up. So (we decided) after Nach Baliye we plan to have a baby. I have been busy with two TV shows, and workwise, I wanted to be free when I have a child. I don’t want a hectic work schedule when I get pregnant.” (Also Read: Kareena Kapoor Khan Radiates Pregnancy Glow As She Shares 'Another Day, Another Shoot' Picture)

In a 2019 interview to a media portal, Anita Hassanandani had reacted on the reports stating that she is opting for surrogacy and had also revealed that if things go as planned, she might embrace motherhood in 2020. Anita had said, “There is no truth in these rumours. We have thought about having a baby, and I plan to have a baby the natural and normal way. Hopefully, if things go as planned, we might have a baby next year.” 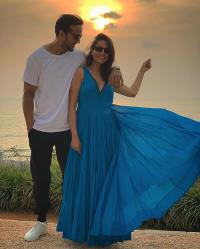 Anita Hassanandani has been a part of Ekta Kapoor’s series, Naagin and in 2019, she had posted a collage of herself with a baby bump. Dressed in a sheer green saree and her look accentuated with subtle makeup, a pair of earrings, bindi and super-cute expressions, Anita had revealed that the picture is from her TV show, Naagin. Her caption could be read as “If this is what I do with a fake baby belly.... wonder what I’ll do with a real one #naagin3 @rohitreddygoa you better up your photography skills!” Soon, her husband, Rohit Reddy had commented on her post, teasing her saying, "Where's the belly button though?" To which, Anita had replied, "@rohitreddygoa I was hungry... I ate it" followed by laughing emojis. (Also Read: Mira Kapoor Reminisces The Day Before She Popped, Flaunts Baby Bump Ahead Of Misha's Fourth Birthday) 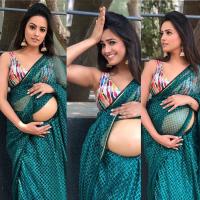 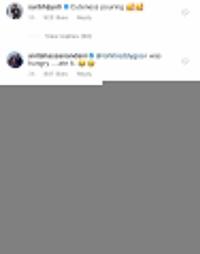 We hope Anita and Rohit reveal the truth and clarify the pregnancy reports! Love works in mysterious ways and it happens, when you least expect it. Well, what are the odds of a Telugu guy falling for a Sindhi girl and having no clue about her stardom? After all, it had taken just brief encounters at the gym and then outside a pub