Whether it is celeb wedding or celeb pregnancy news coming in, fans just want to know each and everything about it to rejoice. And this craziness is not just limited to their wedding or their babies, but any good news coming their way in their family. Just like some time back, Kangana became a maasi to her sister Rangoli’s baby. And now, the good news is soon to be raining in Dhawan family.

Confused as to what we are trying to say? Well, Dhawan family is all set to welcome a new member into the family. No, it’s not about Varun Dhawan’s wedding, but his brother, Rohit Dhawan (who also happens to be a director) is going to become a father soon. As per a report by Mumbai Mirror, Rohit and wife Jaanvi are expecting their first child together. Also, according to the portal, she is three months pregnant already. 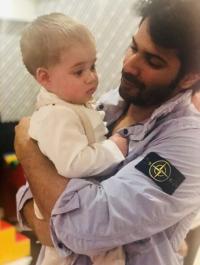 Just like any other family, the entire Dhawan pariwaar is overjoyed along with David Dhawan and his wife. Varun is a baby lover and he has proved it quite many a times. We are sure all his fans would be super-excited to watch Varun goofing with his niece or nephew. We will soon be getting to see this. In fact, in case you would have seen the rapport and love he shares with Karan Johar’s babies, you would get to know how happy he would be these days.

He is so much in love with babies that once he said, "Yes, I want to get married. I am 29 now and I want to have babies real soon. I love babies and want to have my own. So yeah, very soon. I have always been a firm believe of marriage because my mom and dad's relationship has been strong for so many years so I have seen that side to marriage only." (Also Check: After Anushka, Her Co-Star Varun Dhawan Is All Set To Marry His Childhood Love) 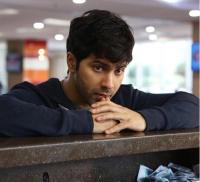 On the professional front, Varun Dhawan will soon be seen in Shoojit Sircar’s October. He is starred opposite a newbie named, Banita Sandhu. The movie is about a novel story where a boy discovers unconditional love in unusual circumstances. The movie is scheduled to be released in April 2018. Not just this, he is also shooting for another infamous project named, Sui Dhaaga opposite Anushka Sharma. This film is centred around the spirit of self-reliance, which is plotted around a small-town boy who happens to be a tailor and Anushka will be seen playing an embroiderer.

Well, we are looking forward to this good news and the arrival of little in Dhawan family!