Rarely has it happened that a Bollywood celebrity has been able to keep his/her relationships and affairs completely out of bounds from paparazzi. Such is also the case with the October actor, Varun Dhawan. No matter how hard he tries to keep his relationship with Natasha Dalal under the wraps, their pics and videos surface online every time. (Also Read: Varun Dhawan Talks About His Girlfriend Natasha Dalal Like Never Before)

Something similar happened yesterday when Varun Dhawan and his girlfriend, Natasha Dalal joined Varun’s brother, Rohit and sister-in-law, Jaanvi Dhawan for a romantic dinner date. Spotted outside a high-end eatery, Hakkasan in Bandra, it seemed that Varun was dressed casually, like just out of his gym session. Natasha sported a black roomy pant with a crop top. Take a look at the pics and videos: 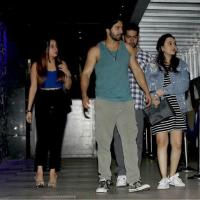 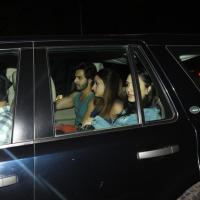 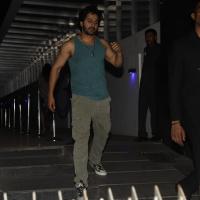 Time and again, Varun has cleared his stand about keeping his personal life private. He once said, “I feel it takes away from your personal life. That's the only reason I don't talk about it because whether you are in or not in, people are going to write about it, there will be blind items”. (Suggested Read: Taimur Gets His First Haircut To Beat The Summer Heat, Says Goodbye To The Long Curly Hair)

He understands the need of keeping Natasha away from the media glare and glamour of the Hindi film industry, as she is not from fraternity. He said, “She is a normal girl, she is a normal kid. She wants to live a normal life and it is my job to protect her”. 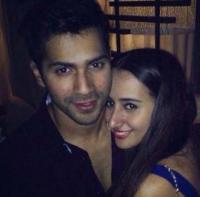 Talking about marriage, he said on Koffee with Karan season 5, “Yes, I want to get married. I am 29 now and I want to have babies real soon. I love babies and want to have my own. So yeah, very soon. I have always been a firm believer of marriage because my mom and dad’s relationship has been strong for so many years so I have seen that side to marriage only”.

Speaking of which, it must be noted here that Varun’s sister-in-law, Jaanvi is pregnant, and Varun would soon become chachu. Jaanvi’s baby shower was held recently. Read the full story here. 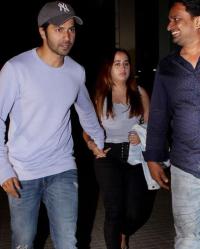 Coming back to Varun and Natasha, talking to Rajeev Masand, Varun recently revealed Natasha’s reaction after watching October. He was quoted as saying, “She is happy. She is very happy because most of my school friends are my critics. I really wait for them to see the film and comment on it. This is one film where unanimously I have had my school friends with whom I have not been in touch for 10 years texting me”.

In another interview, speaking about his relationship status with Natasha, the 31-year-old actor had said, “I am cool about it. In fact, I have always been cool about it. There is nothing to hide. I just don't want the focus to shift from my career to the relationship. That's why I don't talk much about it”. 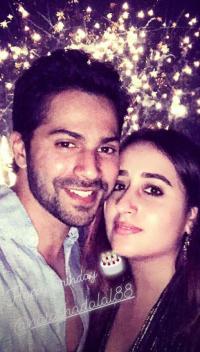 He further added, “What can one say about spending time with loved ones? I'm not denying anything at all, just that I don't like to discuss it”.

Undoubtedly, Varun and Natasha make an adorable couple and, we really hope that the two settle soon in the holy matrimony.

Next Read: Daddy Shah Rukh Khan-Mommy Gauri Khan's Lovely Wishes For Their Little One AbRam On His 5th B'Day