'Bigg Boss Tamil Season 3' fame, Vanitha Vijayakumar gets married to the filmmaker, Peter Paul and her daughter, Jovika wrote a beautiful letter welcoming her father in the family. Take a look! The ongoing COVID-19 pandemic has disrupted a lot of things in humans’ life, but most importantly, it has stopped people from meeting each other. Well, after all these months of lockdown, slowly and steadily, the restrictions are slowing down, and we have seen a lot of people are getting married in intimate weddings. One such wedding has happened on June 27, 2020, of Bigg Boss Tamil Season 3 fame, Vanitha Vijayakumar and filmmaker, Peter Paul. However, not a lot of people know that this is Vanitha’s third marriage, but the letter from her daughter, Joviak for her step-dad is simply a treat to the eyes. (Recommended Read: Madhuri Dixit Turns Hairstylist For Her Hubby, Sriram Nene, Says Had Fun Experimenting [Pic Inside])

The way she has expressed her emotions and has greeted and welcomed her step-father, Peter Paul, into their small family is the kind of understanding we want in this world. Scroll down to see her emotional letter! 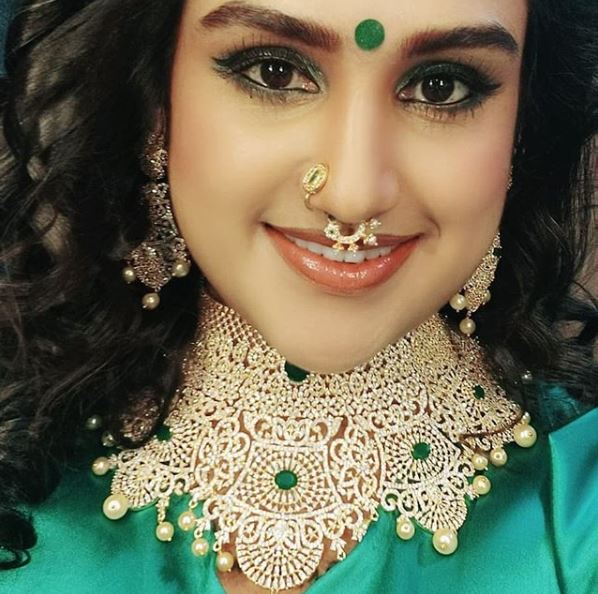 On June 29, 2020, Jovika Vijaykumar took to her Instagram handle and posted a beautiful picture of two rings along with a heartfelt note for her step-father, Peter Paul, who has married her mother, Vanitha Vijayakumar in an intimate ceremony in Chennai. The doting daughter, Jovika started her long note by praising her mother, Vanitha for finally completing the family by bringing such a pure-hearted father for her and brother, Vijay Sri Hari and it can be read as “I'm happy for you and proud of you!! And I'm extremely happy and in awe of welcoming Papa into our little group of joy, adventure, excitement and truthfulness that we call family!! It finally feels complete, and I never knew we were missing a piece to our puzzle... thank you for finding it from the hidden corner of amazing!!” Moving forward and concluding her note with some emotional thoughts, Jovika wrote “And I hope that one day I will have friends like yours!! I have known and loved them for ten years and truly from the bottom of my heart let me tell you they are our family so whenever anyone asks me "tell me about your family" they're names will be the one's after yours!! Many people may say many things but remember! It's OUR life and we're gonna live it OUR way!! Love is contagious, and OUR world is filled it! Let's be infected by it and never be sick of it!! Here's to more joy and happiness!! -Jovika Vijaykumar.” 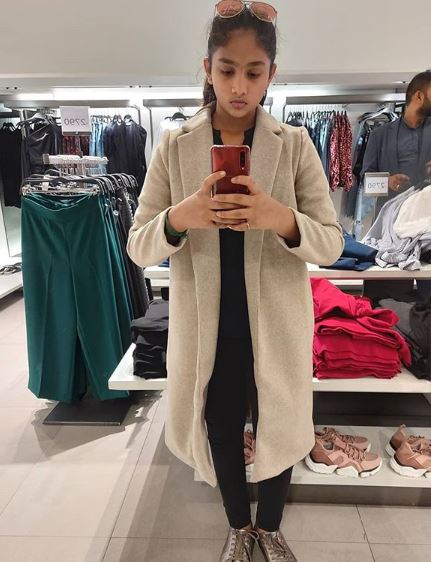 Vanitha Vijaykumar and Peter Paul have tied the marital knot with each other in an intimate wedding ceremony because of the ongoing COVID-19. Some of the closest family members, along with some important friends, were at the ceremony. The pictures from the wedding are going viral all over the internet for beautiful reasons. For her big day, Vanitha took the decision of donning a fairy-like and all-white gown, while her hubby, Peter Paul, looked dashing in his black three-piece suit. Some of the pictures and videos from their wedding day are down below. (Don’t Miss: Shekhar Suman Worries For Son, Adhyayan Suman, Shockingly Reveals He Had Suicidal Phase In The Past) 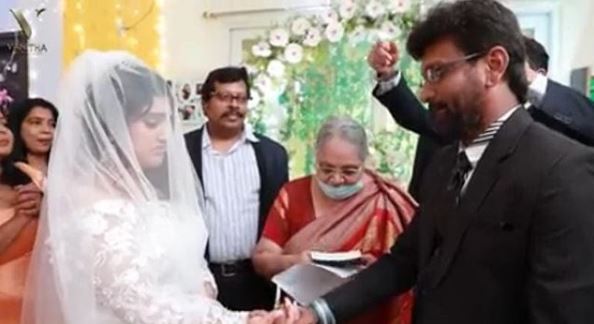 For the uninitiated, this is Vanitha’s third marriage, and her first husband was actor, Aakash with whom, she got married on September 10, 2000. The couple had a son named, Vijaya Sri Hari and a daughter, Jovika during the course of their marital life. But soon the cracks had started appearing, and it all broke apart after some years of a legal battle. After which, Vanitha had tried her luck in marriage once again with famous business, Anand Jay Rajan in the year, 2007 and the pair were blessed with a baby girl, whom they had named, Jaynitha. But after just five years, the couple got divorced after a series of disputes. Now, after all these years and taking all sorts of things into consideration, Vanitha tied the knot with Peter Paul. We hope this time she gets all the happiness she deserves in the world and this innings goes right till the end. (Also Read: Manish Raisinghan And Sangeita Chauhaan Get Married In An Intimate Gurudwara Wedding [Pics-Videos])