According to various reports, Urvashi Rautela bagged a huge amount to become the youngest judge on the panel of Miss Universe 2021.

A Rajput girl from Haridwar, Urvashi Rautela had become the Youngest Most Beautiful Woman in the Universe, inspiring millions to dream big. At the age of 15, Urvashi had got her first big break in Wills Lifestyle India Fashion Week. She had made her Bollywood debut with the film, Singh Saab The Great in 2013, and had risen to fame with Honey Singh’s music video, Love Dose.

Apart from her work in films, Urvashi Rautela often breaks trending charts with her social media pictures and videos. The internet is once again buzzing for Urvashi Rautela as she had made India proud after becoming one of the youngest judges in the history of Miss Universe. She had judged the 2021 pageant in Israel, where India won the title after 21 years. 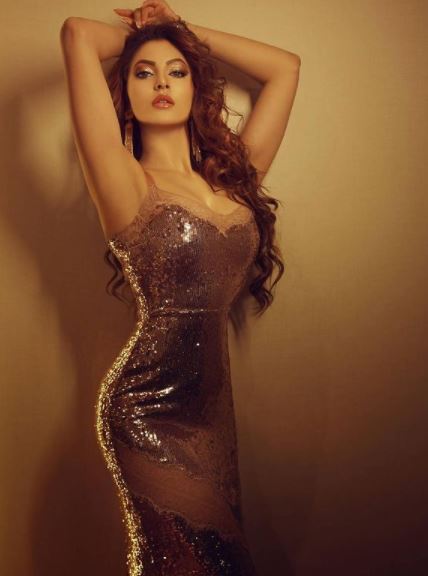 Now, according to several media reports, Urvashi Rautela was paid a huge amount of money to judge Miss Universe 2021. It is reported that a massive amount worth $ 1.2 million was the salary of Urvashi for the event. When converted, it comes up to Rs. 8 crores. Urvashi had given a copy of the Bhagavad Gita to former Israel Prime Minister, Benjamin Netanyahu, when she had gone to judge the beauty pageant, leaving everyone surprised. A few days back, Urvashi Rautela had returned to India after judging the Miss Universe 2021 contest, wearing a baby pink dress by Portia and Scarlett worth Rs. 5 lakh as it was diamond-studded. She had accessorised her cold shoulder crop top and miniskirt dress with diamond earrings and a bracelet. However, she was brutally trolled for various reasons. At the airport, she was given a grand welcome as people were seen adorning her with garlands and calling her the pride of India and she had happily posed with them. However, this had infuriated the netizens as she was treated like royalty, even when she wasn’t even the winner of the beauty pageant. While some had called it a PR strategy, some had questioned why she was given such royal treatment. Some users had also questioned her outfit choice for an airport look.

Recommended Read: Alia Bhatt And Her Girl Tribe Groove To Justin Bieber's Songs For The Bride On Her Wedding 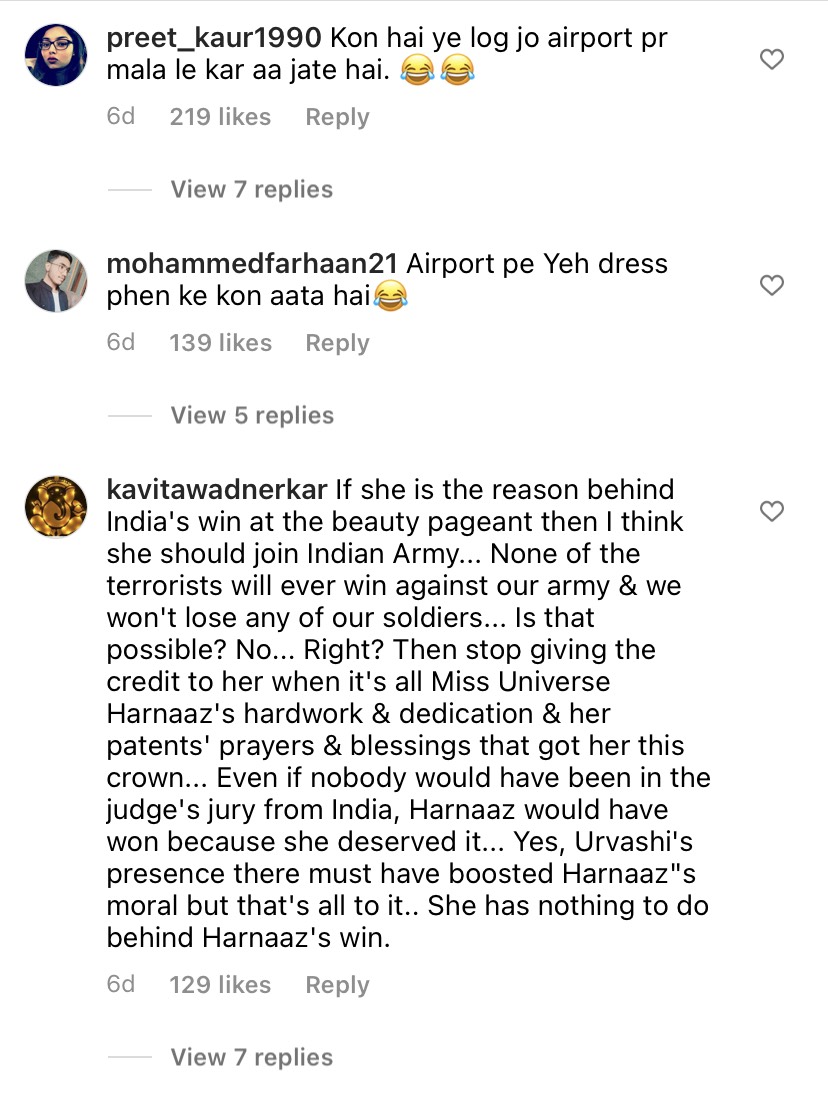 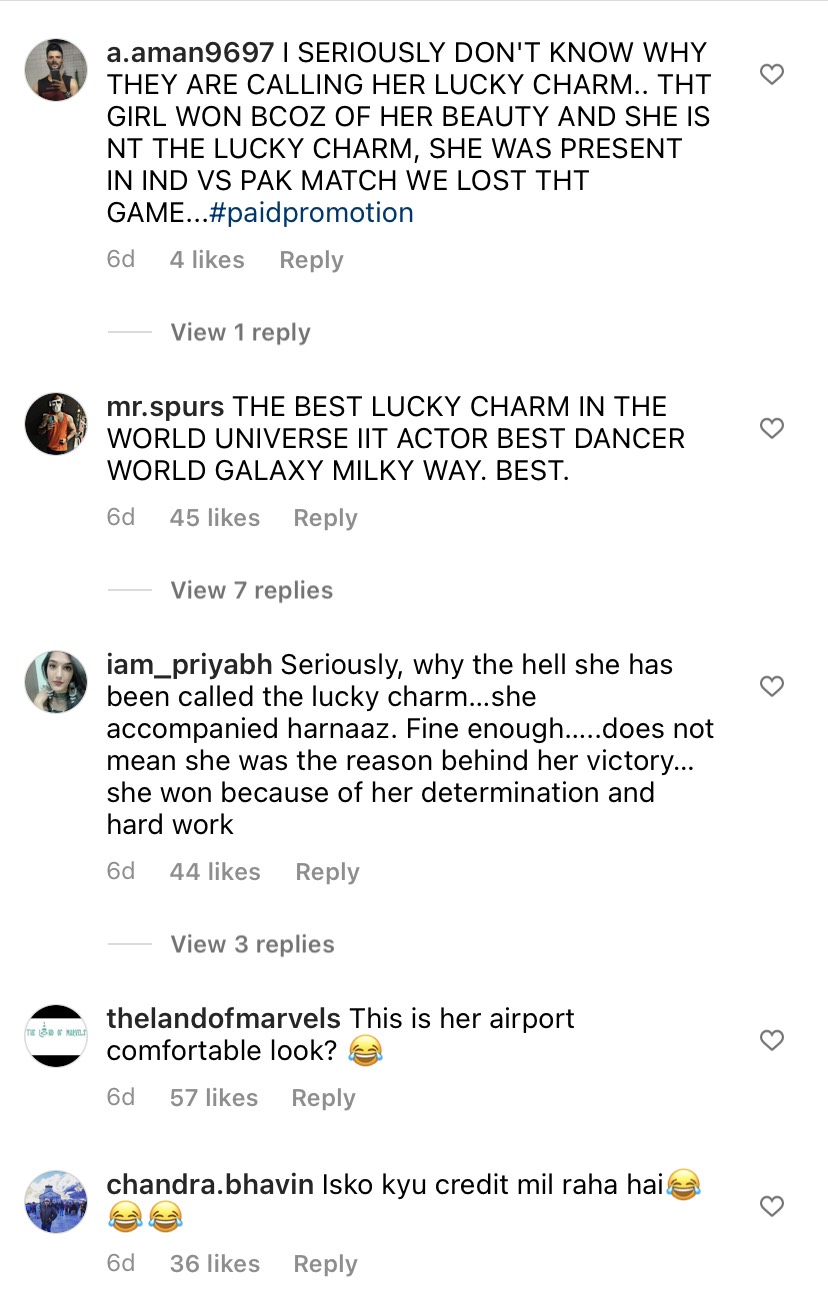 Urvashi Rautela is often in the news for either her super-expensive style statements or her weird antics. In November 2021, Urvashi had shared a few pictures and Reels on her IG handle, where she was seen wearing a silver-and blue coloured bodycon dress for the Filmfare red carpet event. She had looked stunning as she had flaunted her backless attire. She had kept her hair tied up in a ponytail and had complemented her dress with a pair of subtle diamond earrings, a bracelet and a ring. 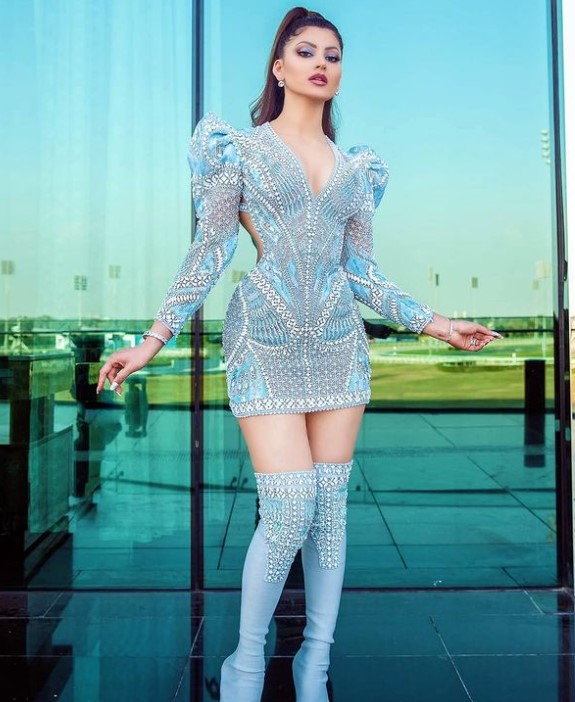 However, the price of Urvashi's dress had left us spellbound. Designed by Micheal Cino, the gorgeous dress was worth Rs.60 lakhs and had intricate Swarovski crystals studded all over it. Her matching boots, too, had Swarovski crystals.

On the professional front, Urvashi Rautela will be next seen alongside Randeep Hooda in the web series, Inspector Avinash.