One of the most gorgeous yummy mummies in the telly town, Urvashi Dholakia had tasted success quite early in life but her love life wasn't very effervescent. Check out all about her personal life.

Nikaaaa… Nikaaaa… you name the devil and it arises out of nowhere! A hot Bong bombshell, mostly wearing flowers on her brown hair, varied bindis, deep-lined kohl necessary for keeping her wide eyes open and gawk at what others are doing, chiffon sarees, designer blouses, glossy lipstick- is how we would like to describe telly town’s most favourite villain, Komolika Basu in Kasautii Zindagii Ki played by Urvashi Dholakia.

Urvashi had made her entry in the glamour world in the early 90s, but it was through portraying this iconic villain that she became a household name overnight. One of the most gorgeous yummy mummies in the telly town, Urvashi Dholakia had tasted success quite early in life but her love life wasn’t very effervescent. From coming in terms with a broken marriage in her late teens, becoming a mother quite early in life, heartbreaks, linkup rumours and whatnot, this now gorgeous 40-year-old has had it all. While you must have a tab of all the notable work that Urvashi has done, very little is known about her love life. Hence, hop on the vehicle of words as we take you on a journey about Urvashi Dholakia’s love life.

Recommended Read: The Alleged Love Affairs Of Bollywood Actor Akshay Kumar That Lead To Many Controversies 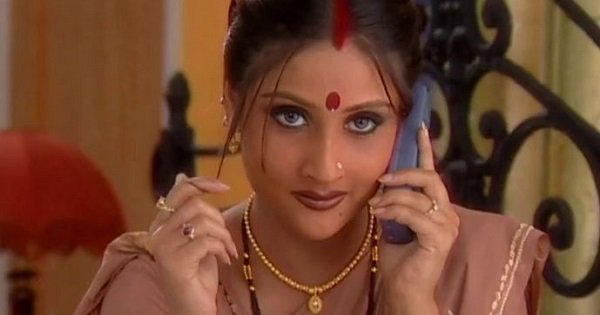 When we talk about Urvashi Dholakia, it would be unfair to talk about one of ours (and probably hers too) most favourite characters, Komolika. Her multiple layered entries, face and loud eyes close-ups being taken at different angles with the famous ‘Nikaaaa’ playing the background while she plotted her next move to put Prerna in danger, made her our instant favourite!

In fact, till date, Urvashi has self-admittedly said that Komolika was one of the most iconic characters that she has played and some people still regard her with the same. She had shared in an interview with the Hindustan Times, “It has been 16 years now, and the character [Komolika] is still embedded in people’s minds. I hope that all my other characters also get embedded in the same way. It is such an achievement for me that fans still remember my role and talk to me about it even today.”

Unsuccessful marriage at the age of 16 Urvashi Dholakia had gotten married at the age of 16, only to be blessed by motherhood when she was 17. Hardly a year-and-a-half after her marriage, Urvashi went on to become a single mother after parting ways with her husband, whose name and details aren’t mentioned anywhere. One of the most gorgeous actresses of the telly town did come close to love many a time after her divorce, but with no luck.

In a 2016 interview with the HT, Urvashi had shared why she didn’t remarry or had no serious relationships post her divorce, “People had me getting in and out of relationships. I read the reports and found them funny. I was once linked to an industrialist. I wanted to say, “Please introduce me to him.” Jokes apart, I was busy working. Being a single mom and taking care of my family took up a lot of my time. I had responsibilities and I didn’t have the time to think about my personal life. I have never hidden anything, so why would I hide a relationship? My boys and my family are my priority.”

Also Read: Men In Esha Gupta's Life: Came Close To Marriage With The First But Broke Off Due To BF's Parents 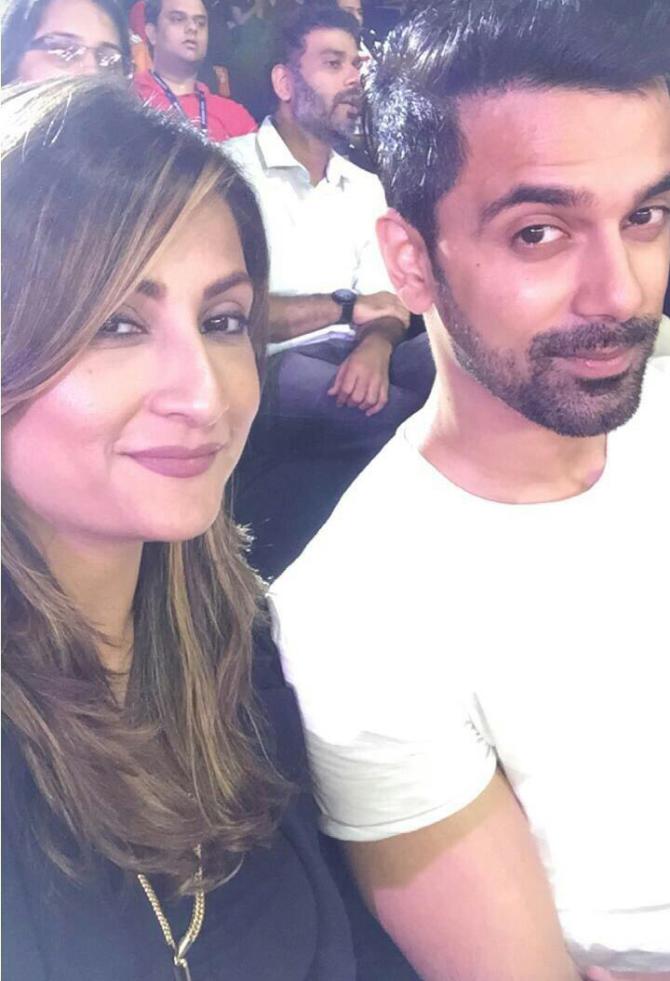 Anuj Sachdeva and Urvashi Dholakia were in a blissful relationship for quite some time. The two would often be spotted jetting off to Goa for a quick chill-pill but never did they accept their relationship. After a happy courtship, it came about that Anuj’s mother apparently didn’t approve of his and Urvashi’s relationship because the latter was older than him and had two kids. And thus, the duo parted ways.

In an interview with SpotboyE, Urvashi revealed why she and her then-boyfriend, Anuj Sachdeva had never accepted their relationship in public, “I never accepted because once you do, a lot of speculations about your relationship start. People talk about what they want to and by the time it's the couple's turn to speak on it, they are probably not in the mood to or they never get a chance to. Also, I have been very private about my personal life and thankfully the media has respected it. But now, when I finally have an opportunity to vent my heart, I am coming to you guys to do the khulaasa and tell the world, "Yeh lo ji, yeh hain humare Ex." 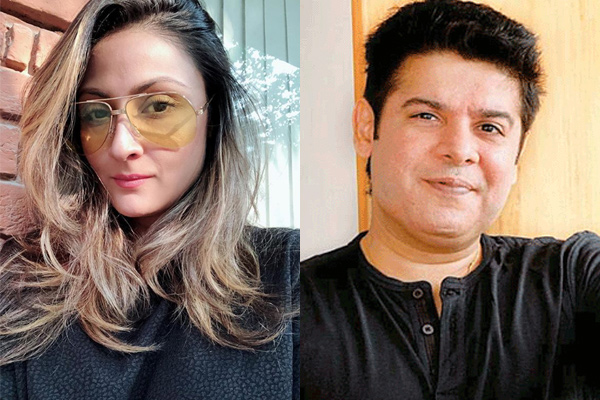 Sometimes when our friends doubt that we are dating somebody when we have not even remotely spoken to them, we jerk it off with a laugh! The same thing happened with Urvashi Dholakia when she was linked with director, Sajid Khan. Reports had it that Sajid and Urvashi had come close when her twin sons, Sagar and Kshitij started working with him as his assistant directors in Humshakals. About their dating rumours, Urvashi had shared in an interview with the DNA:

“People don't know that I have known Sajid for 15 years. I have worked with him. He's been a friend. Yes, I asked him to get my boys as ADs on his sets, but then I have asked Ekta (Kapoor) to help them out too. Does that mean that I am having an affair with her too? They want to be actors eventually, but I have told my sons that this is the best way to start out by learning the basics. My poor boys have got nothing to do with all this. Fortunately, I had prepared them for all this so they were not shocked when these reports came out."

“How come I don't get linked to anybody else? Yes, Sajid has come home over a couple of times. He is a friend, so why wouldn't he? Let me tell everyone that I do have the liberty of going out with anybody I choose to go out with, but making assumptions is not right. If I am dating someone, I will come out and say it. Tomorrow if my boys work with another director, it will spark off another round of rumours. Yeh toh hadh ho gayi yaar!" 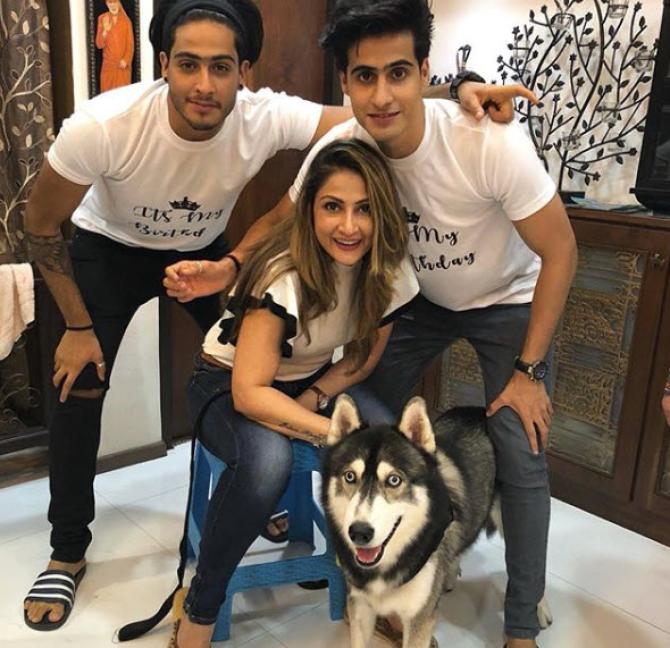 Urvashi Dholakia had a tough time bringing up both her boys single-handedly, Sagar and Kshitij because she had gotten divorced just a year-and-a-half after her marriage. She started working quite early and raised her twin handsome boys to the best of her ability, all by herself. Time and again in interviews, Urvashi has shared details about the same, encouraging millions of single mothers out there. She had shared in an interview:

Her stint in Nach Baliye 9 with Anuj Sachdeva 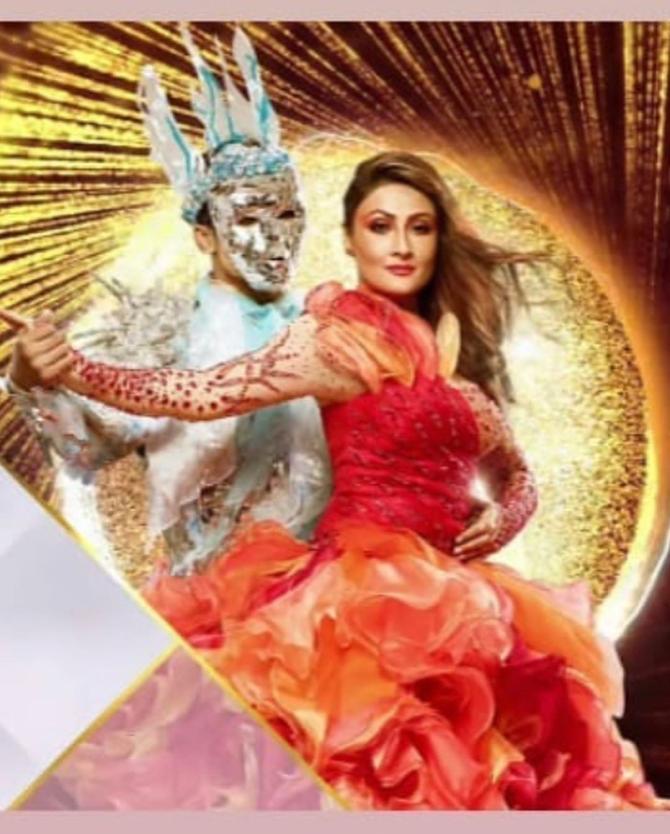 Urvashi Dholakia made her mark on Nach Baliye 9 with none other than her ex-beau, Anuj Sachdeva. Urvashi revealed that her family was extremely happy and supportive about the fact that she had appeared on the reality show with her ex. She had stated, “They were extremely happy about it. My kids and my mother have been very supportive because they know whatever decision I make, as far as career goes, it has never really backfired.”

Urvashi Dholakia also revealed her first reaction when the makers of Nach Baliye 9 had approached her to participate in the show with her ex-lover, Anuj Sachdeva. The 40-year-old stunner had shared, “My reaction was very normal. In fact, you will be surprised to know that I immediately said ‘yes’. I believe that when we can work with strangers, why it should be difficult to work with someone you have known for so long.”

Urvashi Dholakia is a perfect exemplar of how to rise like a phoenix amidst the many battles that life challenges you with. She had an option to either lament or face life, bang-on. Our hearts speak with volumes of love for Urvashi. Kudos to such strong women!