Urvashi Dholakia and Anuj Sachdeva become the fourth couple to get eliminated, even after standing ovation and good scores for their performances. Scroll down to know how she feels about the same.

The dance reality show, Nach Baliye features couples from the entertainment world battling for the winning title and trophy throughout the season. For the ninth season, the Nach Baliye makers came up with an interesting concept and managed to bring a few ex-couples under one roof, who are fighting not only against other couples but are also trying hard to maintain a calm camaraderie with their exes. When ex-couples, Aly Goni and Natasa Stankovic, Madhurima Tuli and Vishal Aditya Singh, Urvashi Dholakia and Anuj Sachdeva, were announced on the premiere episode, somewhere deep down we had secretly wished for them to get back together. (Also Read: Urvashi Dholakia's Sons' Reaction When They Saw Mom's Then-Boyfriend Anuj Sachdeva At Their Home)

Urvashi Dholakia and Anuj Sachdeva were in a relationship for some time but parted ways as the former was ready for a commitment and the latter wasn’t. Then the lovebirds reunited to participate in Nach Baliye 9, leaving their fans secretly hoping to see their favourite couple back together in real-life. With each week and every performance, Urvashi and Anuj have proved to be Ek Dil, Ek Jaan and we want to see them taking vows of togetherness for Janam Janam. But to everyone’s disappointment, despite getting striking scores from the judges and standing ovation from their co-contestants and audience, Urvashi and Anuj will be eliminated in the upcoming episode. 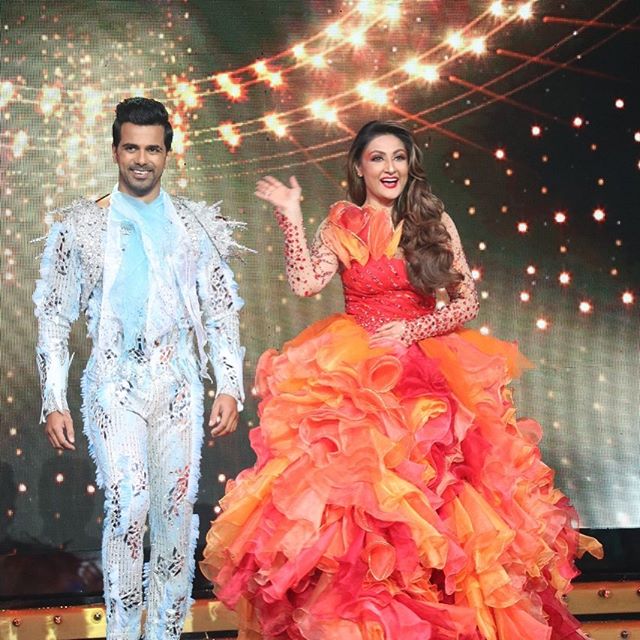 In every episode of Nach Baliye 9, the audience has noticed the differences between ex-couple, Madhurima Tuli and Vishal Aditya Singh and their arguments on-stage have been a topic of discussion for the audience. The reality shows tend to have a lot of drama as the makers feel that is what sells. Urvashi Dholakia commented on the same in an interview with the Bombay Times, and elaborated, “It’s not that we haven’t given content, but we are two mature individuals and you can’t expect us to fight like teenagers. For me, Nach Baliye was a dance show that I signed up for.” 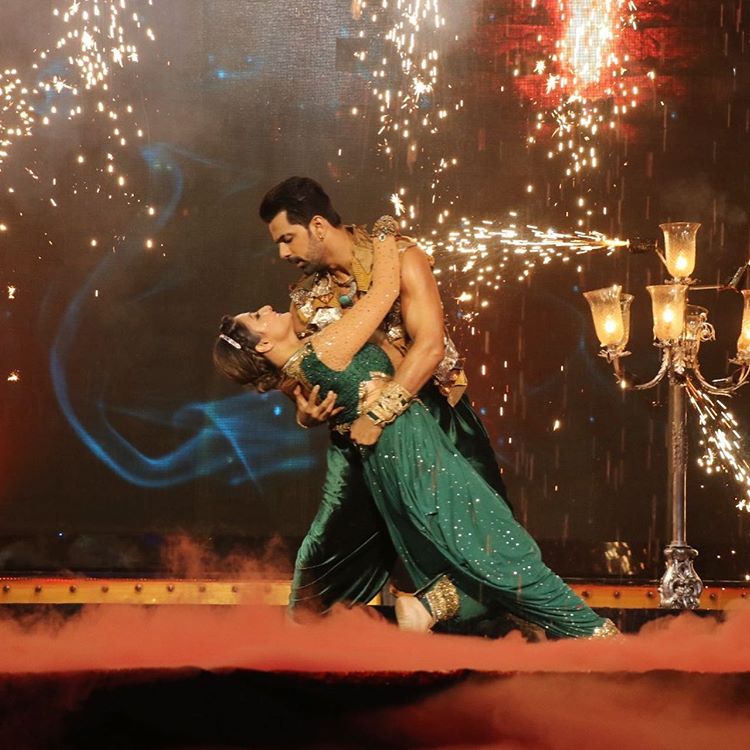 Urvashi Dholakia further stated, “I wasn’t there to play the victim or the sympathy card or to fight and create drama with my ex. If washing dirty linen in public is the idea, then there are other shows that one can be a part of. Why take up a dance show? If that’s the benchmark, then it’s sad as the audience is not stupid. Viewers are very intelligent and you cannot fool them. I wanted the world to see the independent woman that I am — mother of two and a mature individual — who has the ability to show the world that you can have a cordial relationship with your ex and even work with him. But on Nach..., it clearly seems like if there’s no drama, then there’s no prize. It’s not a dance competition, but a drama competition!” 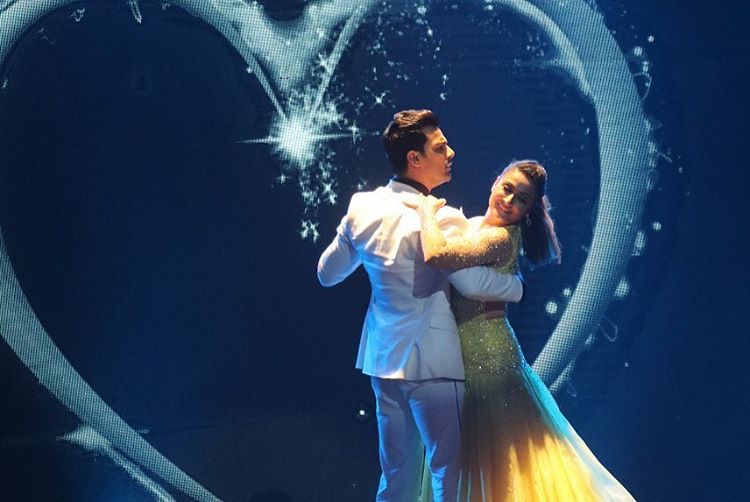 Speaking of why she feels her elimination is unfair, Urvashi Dholakia was quoted as saying, “Well, if a couple has been scoring good marks, which is only increasing every week and there’s a certain vote bank that I know we have, then it’s difficult for me to believe that we were not able to win the love of our viewers. How can a couple be consistently moving up the scoreboard and yet be at the bottom four times in a row? Is this a dance show or a popularity contest? And if we are being judged on popularity, then I am not ready to believe that 35 years of work leads to a low fan base. Where’s the score board to show where each of us stands when it comes to audience's votes plus judges’ scores? If the show was all about young couples, then why bring us in? If you have brought us on the show, then why the partiality?” (Also Read: Urvashi Dholakia's Sons, Sagar And Kshitij Believe Ex-BF, Anuj Sachdeva Is Perfect For Their Mom) Urvashi Dholakia claimed that even if they were being judged on popularity and not dance, then she cannot believe that she has such low fan base after working for 35 years. Urvashi continued, “This is not just a misuse of my image, but total disrespect to the hard-earned place that I’ve made for myself in the industry. Anuj and I can’t fight and bicker on screen. We agreed to do the show thinking it’s a dance show and not a bloody fighting ring! There were couples who were allowed to re-shoot their acts when there were goof-ups on stage; they were told by our judges that the mistake would be edited. Why was that allowed? If we cannot pre-shoot an act, how can a re-shoot be allowed, especially when it’s a live performance? In a reality show, you get one chance — you give it your best and you are judged on that. I thought I was signing up for a non-fiction show and not a fictional one. This is not the first time that I have done a reality show, but yes, it’s the first time that I have seen this kind of biased judgement.” Urvashi Dholakia and Anuj Sachdeva are the fourth couple to get eliminated, even after getting standing ovations from the audience on the set and good marks from the judges. Urvashi said, “After getting a standing ovation from almost 300 people on the set for a performance, which I know was way better than the marks we received, we get eliminated. Why did the judges need almost a half-hour break to think about the score this time? They never did it in the last five weeks. I’m someone who has survived in this industry through hard work. I cannot and will not stop myself from speaking against unfair behaviour. The actor, entertainer, and the artiste in me says that we deserved better. We deserved to be treated fairly.” When asked if she had spoken to the producer of the show, Salman Khan, about this, Urvashi Dholakia replied, “No, I haven’t spoken to him and I don’t think it would be fair to involve him as he isn’t the one deciding who is treated how and when they will be eliminated from the show.” If she regrets being a part of the show, Urvashi retorted, “I have loved performing on that stage. I have learnt a lot and I’m happy to have stretched myself beyond my own boundaries to perform. I didn’t know that I was capable of pulling off what I did each week, and that too performing with your ex, which has complexities of its own. I don’t regret being a part of the show, but what's deplorable is the way the show has been formatted, without any clarity in voting, with partiality towards certain couples and without giving everyone a fair stage.” 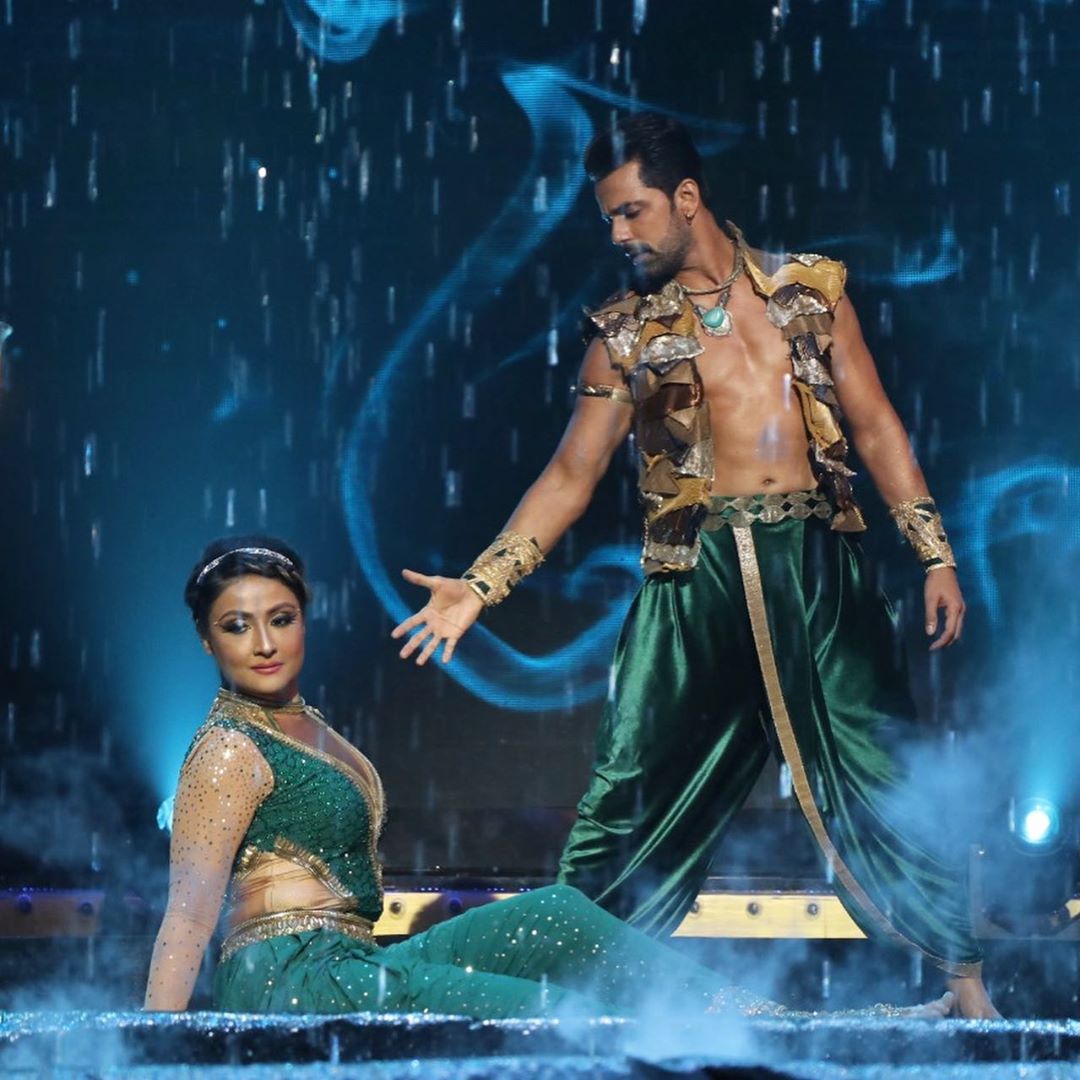 What does her ex, Anuj Sachdeva have to say about this? Urvashi Dholakia revealed, “He’s also disheartened as we worked really hard, and everyone from the production team to the contestants felt that the elimination was completely unfair.” (Also Read: Urvashi Dholakia Finally Reveals Her Remarriage Plans, Says Everybody Keeps On Asking Her [Details]) 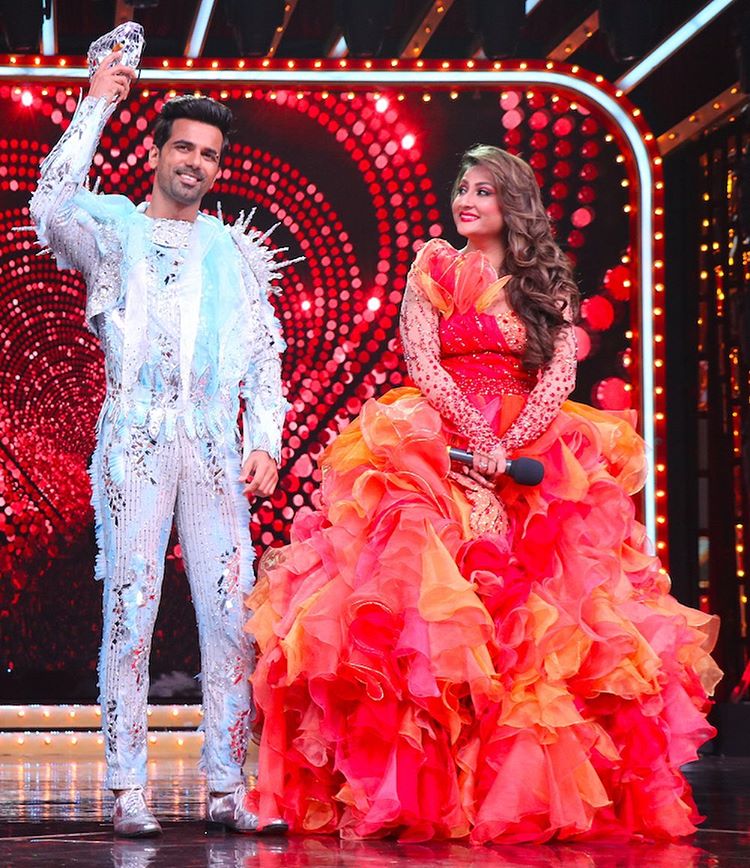 Do you want Urvashi and Anuj back on Nach Baliye 9? Let us know!