We live in an era where it takes a moment to make a relationship and only a moment to break it too. But some couples do swim against the tide, make it to the shore and show the real meaning of ‘love’ in a relationship. We have heard uncountable stories of a rich brat meeting a normal girl, a typical Bollywood story which sometimes ends in a happily ever after but sometimes doesn’t. A real-life example of this story is Tujhe Meri Kasam co-stars-turned-friend-turned-lovers-turned-soulmates, Riteish Deshmukh and Genelia D’Souza. Hailing from a political background, Riteish’s first impression on Genelia was of a rich spoilt brat. But contrary to her expectations, the charming Riteish proved why one must never judge a book by its cover. (Also Read: Unseen Video Of Abhishek Bachchan And Aishwarya Rai's Wedding In 2007, Glimpse Of The Varmala Ritual)

Married for 8 years, Riteish Deshmukh and Genelia Deshmukh had found a perfect balance between friendship and love. They make every little thing count, together they have knitted their small world with two kids, Riaan and Rahyl, and one look at their beautiful family will make you believe happily ever after does exist. Riteish and his baiko, Genelia are #CoupleGoals as much as they are #FamilyGoals! 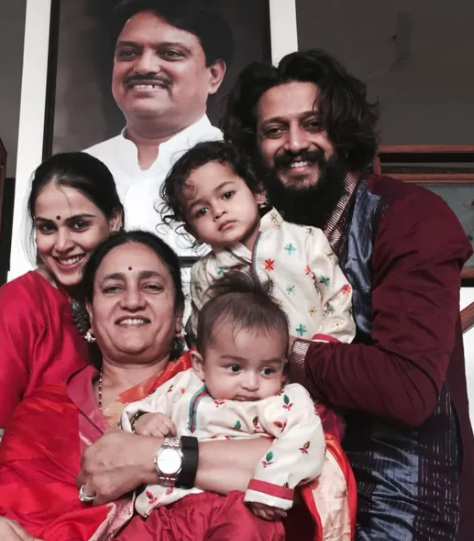 It’s been 17 years since Riteish Deshmukh and Genelia Deshmukh became one and 8 years of their married life, but they look like two lovers, who have just started dating, madly-in-love with each other. Even today when we look back at the photographs of Riteish and Genelia’s wedding, it only gives us hope to not only find a dreamy romance of our own but a friend, who will be by our side no matter what just how these two are! On February 3, 2012, Genelia had officially become Riteish’s baiko in a traditional Maharashtrian wedding. Their wedding was a star-studded one with Shah Rukh Khan, Akshay Kumar, Shahid Kapoor amongst other celebs in presence. 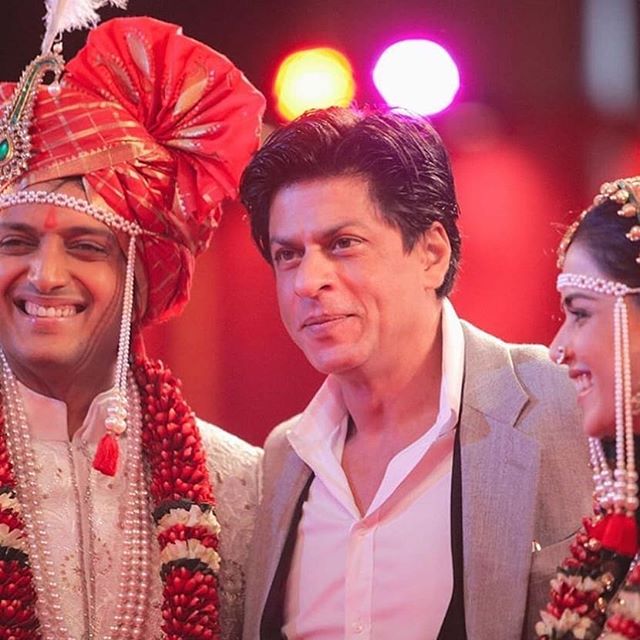 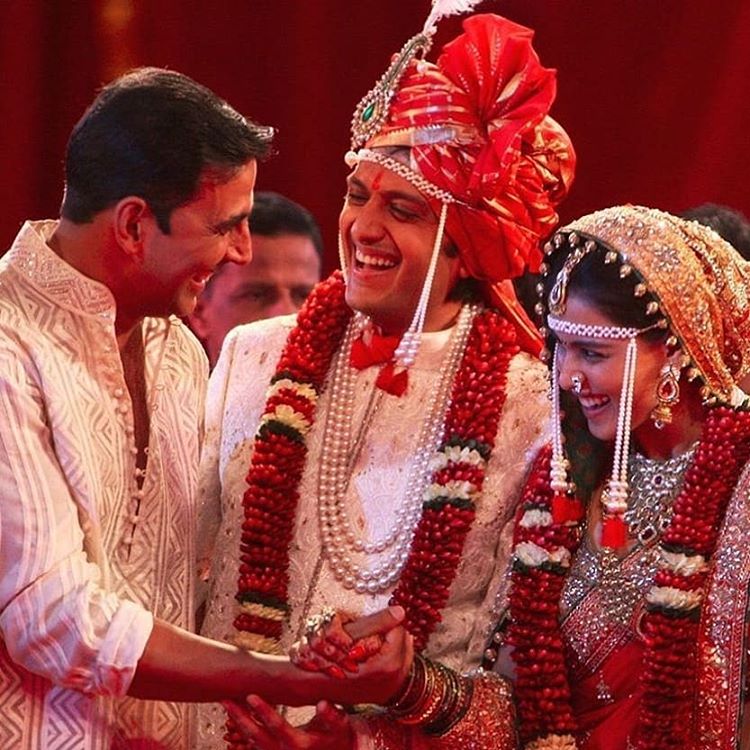 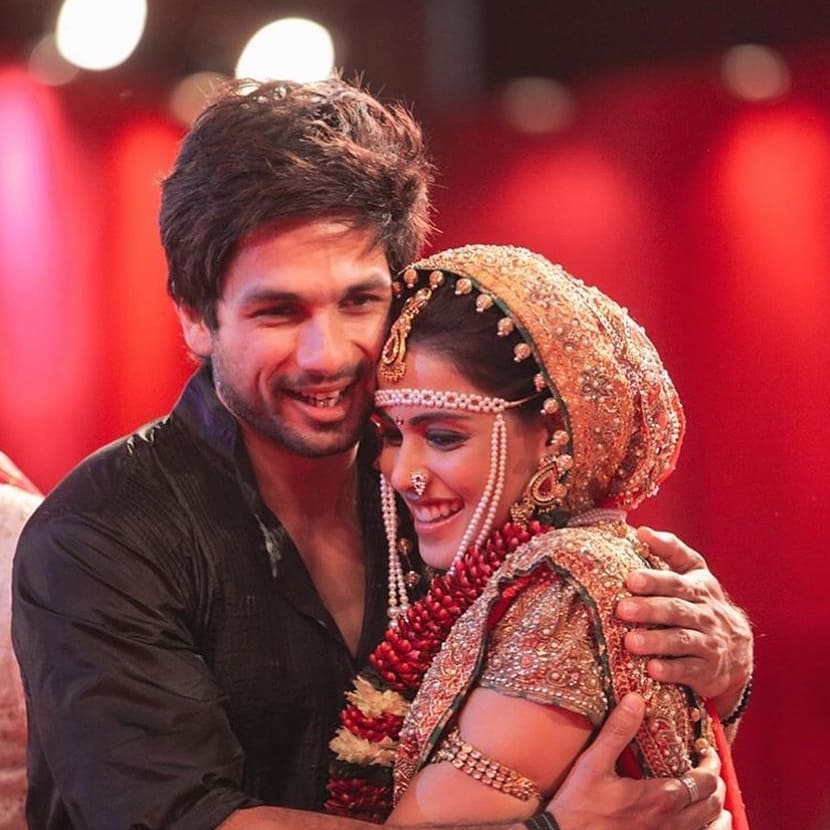 For the traditional Maharashtrian wedding, Genelia D’Souza had made our hearts skip a beat in her red Paithani saree designed by Neeta Lulla. Genelia made for a perfect Maharashtrian bride as she had accentuated her traditional look with a nath and mundavalya. Riteish Deshmukh had looked charming as ever in a white sherwani and red safa to colour-coordinate with his bride. (Also Read: Unseen Throwback Pictures Of Sara Ali Khan From Her Abba, Saif Ali Khan And Kareena Kapoor's Wedding) 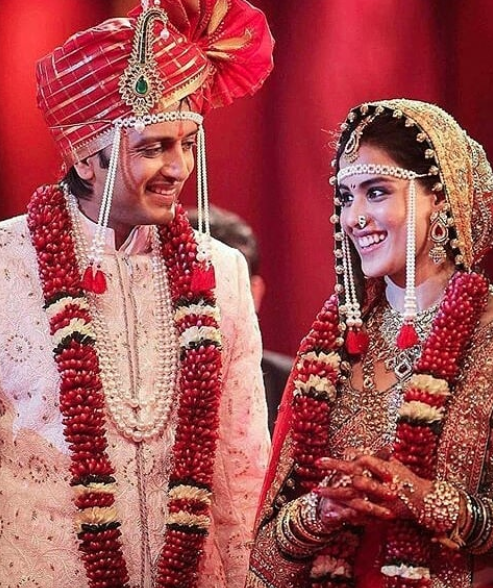 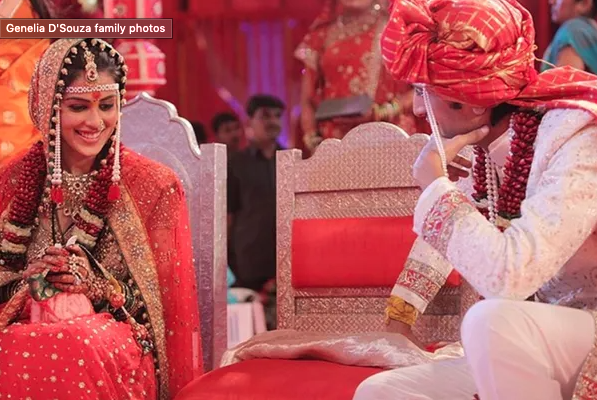 In an interview with DNA, Genelia Deshmukh and Riteish Deshmukh had spoken about life after becoming husband and wife, love and also revealed their take on marriage taking the romance out of a relationship, making it dull. While Genelia had said, “It can, if you choose to let it be. Like Riteish says ‘Every relationship has to be worked on’. Marriage is no different.” Ritesih had retorted, “Relationships need to be re-invented in every phase and you need to adapt to that phase and re-invent yourself because both of you are different people from the time you started dating each other to the time you get married and post marriage. Tomorrow, I will be different, so everything needs to be worked upon as the dynamics keep changing. I started dating her when she was in her teens and I was in my early 20s, so now eventually after 14 years of being together there’s a certain beauty in whatever we do. It’s like finding romance with a child in your hand. Earlier, it was romancing each other when no one knew, then a few close friends knew so it was a different kind of romance, you could walk out there holding hands, then later a stage came when we got married and could be officially together. Now, marriage is holding hands with a child in the middle. That’s the charm of it.” On February 3, 2019, Genelia Deshmukh had penned a long note for her darling hubby, Riteish Deshmukh to mark their seventh wedding anniversary. Speaking of how every girl has a perception on how her ideal husband would be, but she didn’t and how Riteish became the reason behind her smile, Genelia had written, “Every girl has a certain perception of how they would want their life partner to be... I Honestly Didn’t.. I had this most amazing partner who was my bestest friend, who was the shoulder, I always found when I needed to cry and who made me believe that no matter how tough life is, with us being partners we would take it on, in any form, in any way... That’s the man I eventually married and he never ever stopped being the reason for my smile... So I’m glad I never ever had a perception because the reality of living and breathing this wonderful man is all I ever needed to know.. I Love you @riteishd ..Here’s to many more laughs together, to the zillion times we will wipe each other’s tears and pick each other up when either/or feels weak or simply to life together forever and ever... Happy Anniversary.” (Also Read: Unseen Picture Of Isha Ambani Piramal Teary-Eyed On Her 'Vidaai', Nita And Radhika Are Emotional Too) 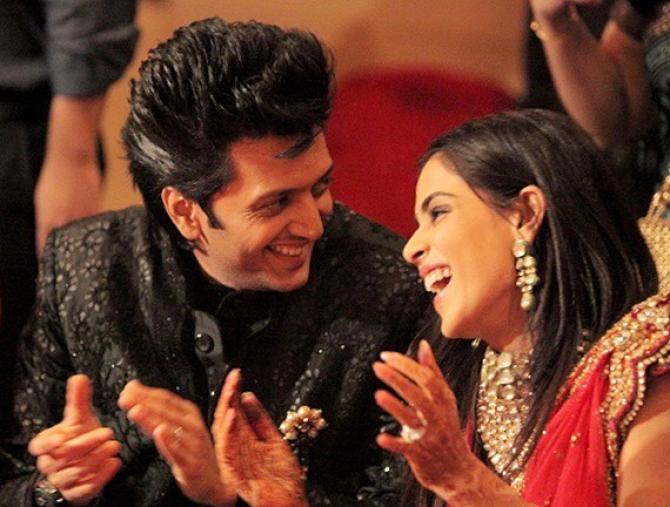