It's mid-week and the very thought of weekend is making you feel that life isn’t that bad after all? While this goes for all, what if we tell you that we have something for you which will bring back that weekend pleasure right today? And guess who’s going to do that for you? We know it’s us and the overload of cuteness, the super-adorable Patooti, Taimur Ali Khan! (Do Read: Taimur Ali Khan's Adorable Laugh Upon Hearing His Own Name Will Melt Your Heart, Video Inside)

The little munchkin has everyone’s heart thumping, the moment we see a new picture of him. Taimur, who has just started to go to playschool, has innumerous fan pages dedicated to him and his cuteness, with over thousands of followers in each. From sporting a man bun, to indulging in cute gundagiri, to crying when his beautiful momma, Kareena Kapoor Khan has to leave him behind, Taimur is one package of cuteness and beauty. 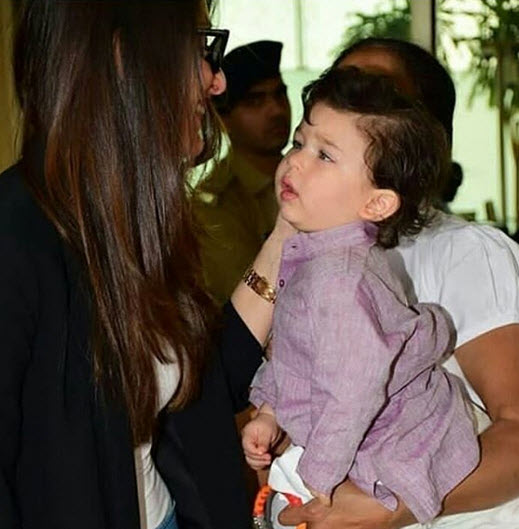 Well, we do remember the unseen picture of Taimur that we spoke about. A recent unseen picture of the dollop of butter has made people skip their hearts by a nanosecond. Why so? The moment you see the picture, you will be able to figure out that the future Pataudi prince is in the making. In the following picture, Taimur looks super adorable yet elegant in a striped tee and similar socks, where you can see him sitting with his legs folded and looking straight into the camera. This is truly a one-of-a-kind picture of the baby Pataudi prince. Here, take a look at the picture and don’t say we didn’t warn you! 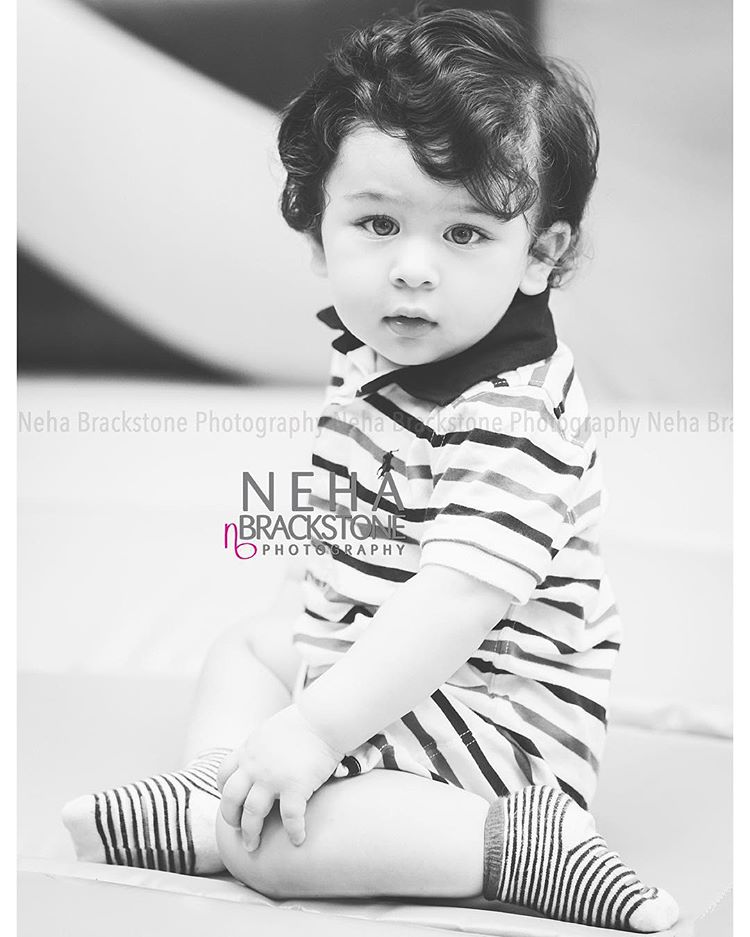 By the way, do you know what is the nickname of little Taimur? Papa Saif Ali Khan reveals the same in an interview. He shared, “Saif said, You have to sit him down, the minute he can understand it. And it'll start with calling the people at home and not yelling. It'll be manners, it'll be Please, Thank You, Aadaab. It'll be discipline from young age. At least we know these things. These Bombay kids are out of control. He'll be very well behaved. And honestly if he does his namaste right, he'll score points. Have you seen Sara's aadaab when she was younger? This is it. This is what we need, a nice aadaab from Tim. TIM by the way.” (Also Read:  Taimur Doesn't Want To Enter His Playschool, Mom Kareena Tries Hard To Do So [Check Video]) 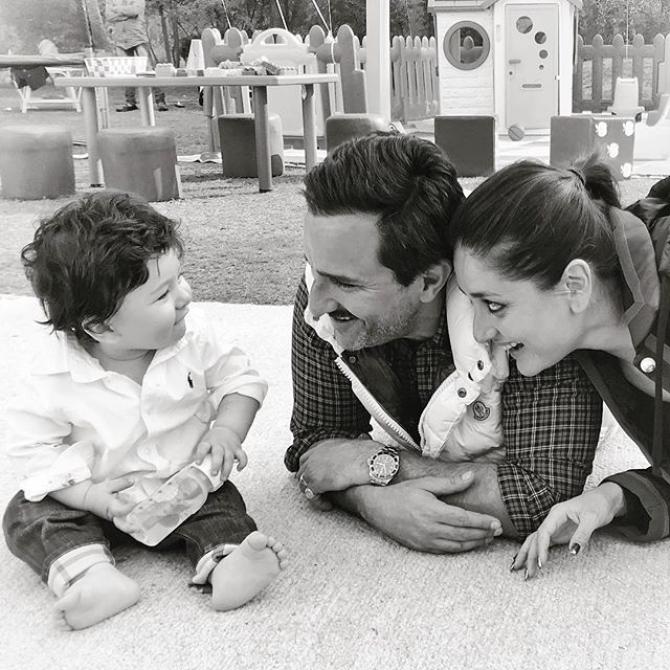 The little munchkin has also leant a few words, which his papa had shared in a recent interview. He said, “He has learnt a few new words. He calls me ‘abba’ and has now started to say ‘baby’ and ‘gum’. Whenever he sees a chewing gum, he would just scream ‘gum’. He likes to watch the moon, so I sit with him in my office and show him the moon.” (Don't Miss! When Taimur Ali Khan Made A New Friend On His First Day At Playschool, She Is Equally Adorable!) Just that his superstar mommy, Kareena Kapoor Khan is a little worried about all the hype and media attention constantly revolving around him. She had shared in an interview, “No, I think he’s just wondering what they’re doing, why they’re calling out his name! He’s quite bright and aware as a child. But I’m worried. I don’t want him to get used to this kind of attention. I’m protective like any mother would be.” Well Kareena, while you being protective is completely understandable, but a little glimpse of your dollop of happiness makes our day! Do you peeps agree?