A picture of the Kapoor family including Rishi Kapoor, Neetu Kapoor, Riddhima Kapoor Sahni and Ranbir Kapoor has emerged on social media from one of the pre-wedding ceremonies of the designer. 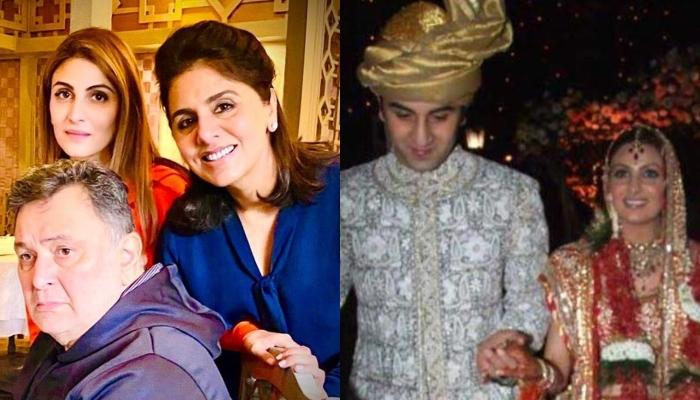 No matter how many times you would have told her to get married and leave the house, when the day finally comes of her vidaai, it’s you who is the saddest in the family. From accompanying her to the appointments, negotiating with the vendors, planning a friends and cousins get-together for her before she ties the knot, performing on her sangeet to the emotional moments at her wedding i.e., walking her down the aisle and carrying her doli, the duties of the bride’s superhero brother are umpteen and nothing in this world is worth missing the rituals that he needs to perform on the functions. For Rishi Kapoor and Neetu Kapoor’s daughter, Riddhima Kapoor Sahni, her superhero brother, Ranbir Kapoor had made sure to perform all the duties perfectly and had the smile on his face proved how happy he was, at his sister’s wedding.

Don't Miss: Dhirubhai Ambani's Grandaughter, Married In The Jewellers' Family, Wore A 'Chooda' Made Of Diamonds

Unlike her star family, Riddhima Kapoor Sahni had decided to take a different route than acting and had created her niche in the world of jewellery designing with her hard work and passion. Riddhima had turned 40 on September 15, 2020, and to mark the birthday eve, her husband, Bharat Sahni had posted a throwback picture from their mehendi ceremony. While Riddhima had looked gorgeous in an orange-coloured lehenga flaunting her beautiful smile and mehendi adorned hands, Bharat had looked dapper in a blue-coloured sherwani. Bharat had captioned the post as “Countdown to 40! #FabAtForty @riddhimakapoorsahniofficial.” 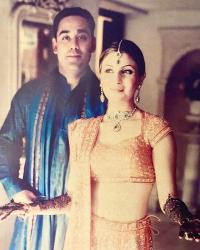 Throwbacks are the best way to trigger our nostalgia bug and when it comes to celebrities, their fans are left swooning. A picture of the Kapoor family including late Rishi Kapoor, Neetu Kapoor, Riddhima Kapoor Sahni and Ranbir Kapoor has emerged on social media. The picture seems to be from one of Riddhima’s pre-wedding ceremonies. While Rishi ji had opted for a casual tee and pants, Neetu ji flaunted her brightest smile in a green-coloured suit and they both looked calm and content happy holding their daughter. Riddhima looked stunning in her no-makeup look, donning a pretty light-orange coloured suit and Ranbir, as usual, made our hearts swoon with his ear-to-ear smile in a white kurta. Riddhima’s chooda was hidden with a white a piece of clothing on her hand. To mark their 13th wedding anniversary on January 25, 2019, Bharat Sahni had posted unseen pictures with Riddhima Kapoor Sahni from their marriage ceremony. Amongst some unseen glimpses from the rituals, there were two pictures of Riddhima’s brother, Ranbir Kapoor fulfilling the duties of a brother at his sister’s wedding. Ranbir could be seen performing Laja Homa, wherein the brother of the bride puts laja (puffed rice, a symbol of prosperity) in the couple’s hands. Then together, the couple offers the laja as an aahuti amidst the chanting of mantras. Here are the beautiful captures from Riddhima-Bharat’s wedding, where you will spot Ranbir in full action! 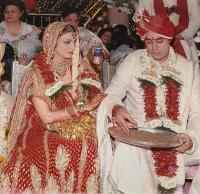 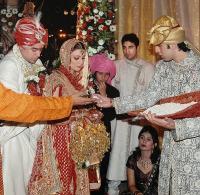 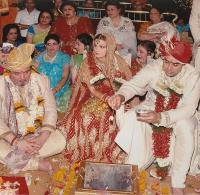 In 2018, Neetu Kapoor had revealed how Rishi Kapoor had coped up with his daughter, Riddhima Kapoor Sahni shifting to Delhi post-wedding, in an emotional post that perfectly essayed the father-daughter bond. She had posted a picture of the newspaper cutting, and had captioned her post as “Without children our wallets wld be full: houses clean: anxiety levels lower: but our lives would be incomplete thank you for bringing a meaning to our lives n for being a reason of our existence.” The newspaper report had stated that when Riddhima had shifted to Delhi, Rishi Kapoor would FaceTime with her every single day, without fail. And in case, when Riddhima couldn’t pick his call, he would get very upset. After a point, Neetu ji had explained him to be flexible with his video call routine with Riddhima as she is busy shouldering responsibilities as a wife, daughter-in-law and mother. 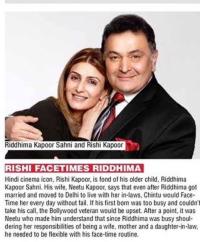 Speaking of Riddhima Kapoor Sahni’s bond with Ranbir Kapoor, the former had thrown some light on the same in a throwback interview with Filme Shilmy. Sharing some childhood memories with Ranbir, Riddhima had remarked, “When we were kids, we used to bash each other up (laughs)… We are only two years apart. At that time, my parents used to go out and leave us with my Nani (grandmother), she used to tell my mum – “the minute you both leave the house, these two start fighting.” WWF Wrestling was very popular and we used to think we are those wrestlers so we would do role-play. We never used to realise that the wrestling was staged and so we would actually wrestle with each other. But every time anyone of us made a mistake, we used to stick up for each other. So that way our bond is amazing. We also had common friends, so every Sunday we used to play cricket and I was always the fielder. I never got a chance to bat and ball. But those were fun times!” 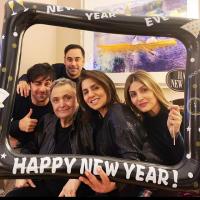 The smiles on the faces of Rishi Kapoor, Neetu Kapoor and Ranbir Kapoor are a proof of how happy and content they had felt while looking at Riddhima as a bride!