Celeb catfights have always grabbed a lot of attention. From Hina Khan, and Shilpa Shinde, to Chahatt Khanna, and Urfi Javed, let's take a look at some nasty catfights of the television actresses.

We all know that two leading actresses can never be friends and this is not just limited to movies but in the television world too. We have seen many A-listed actresses of B-town who cannot see eye to eye. From Kareena Kapoor and Bipasha Basu’s verbal spat to Esha Deol and Amrita Rao's slap gate, Bollywood is known for catfights. However, television actresses too are not lagging behind.

Over the past few days, there has been a lot of buzz regarding Urfi Javed and Chahatt Khanna’s ugly fight. This is not the first time when an actress had taken a dig at another actress or shamed her in public. From Gauahar Khan and Tanishaa Mukerji’s verbal fight to Dolly Bindra’s personal attacks on Shweta Tiwari, let’s take a look at some of the ugly fights between television actresses.

Karan Mehra Reveals The Truth Behind His Arrest, Claims Nisha Rawal Herself Banged Her Head On Wall Urfi, who is known for her quirky fashion sense had made an appearance in a yellow-hued cutout dress and was papped by the shutterbugs. After her pictures had gone live, actress, Chahatt Khanna took a dig at her choice of dressing. Giving a befitting response to Chahatt, Urfi slammed the actress for living a lavish life on her ex-husband’s alimony money. The actresses again grabbed attention when Chahatt slammed Urfi and said she isn’t fit to be a biwi or maa. To which Urfi responded, “Aapne kya ukhada biwi ban kar Chahatt ji?” 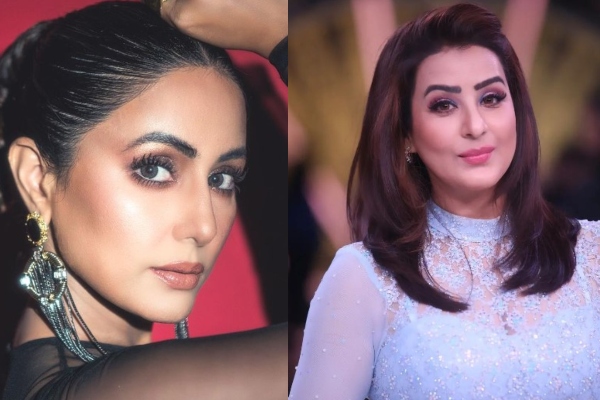 During their stint at Bogg Boss 11, Shilpa Shinde and Hina Khan were competing against each other as the two actresses were the leading ladies of the telly world and wanted to grab the trophy. However, more than the healthy competition, their ugly fights often made it to the headlines. During one of the fights, Hina called Shilpa worst than a chawl girl, to which Shilpa hit back at her by calling her worst than mohalle ki aunties. Later, when Shilpa won the show against Hina, the latter called it foul play. 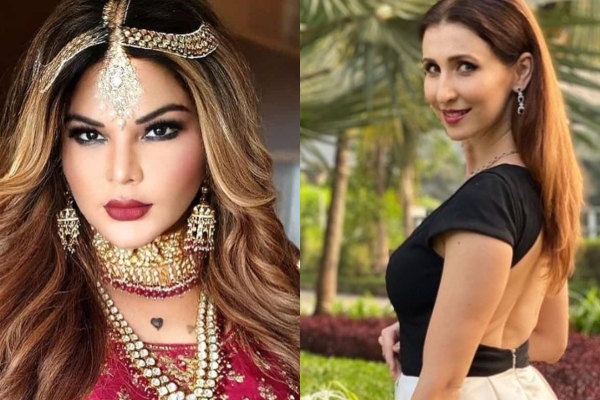 The two actresses had shared a stage on Comedy Circus Ke Mahabali and used to perform their acts together. There were reports of a cold war between them but nothing was evident. However, while presenting one of the acts, Rakhi was supposed to slap Claudia. While performing the same, Rakhi went into her character and slapped Claudia so hard that her face got bruised. The act ended at that moment, starting a war between Rakhi and Claudia. 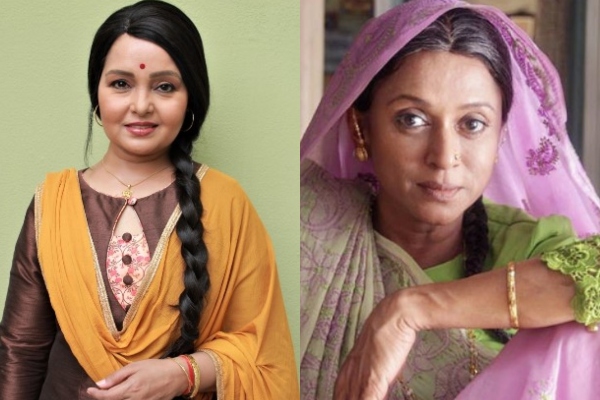 Krutika Desai and Ananya Khare played mother-daughter in the show, Mere Angane Mein. Even after playing pivotal roles in the show, the two can’t stand each other. As per a source, Krutika once advised Ananya regarding delivering a particular dialogue, which didn’t go well with Ananya. And since then, they have been at loggerheads. Though the actresses have rubbished the rumours, sources from the sets claimed that they don’t even get pictures clicked together for a social media post. 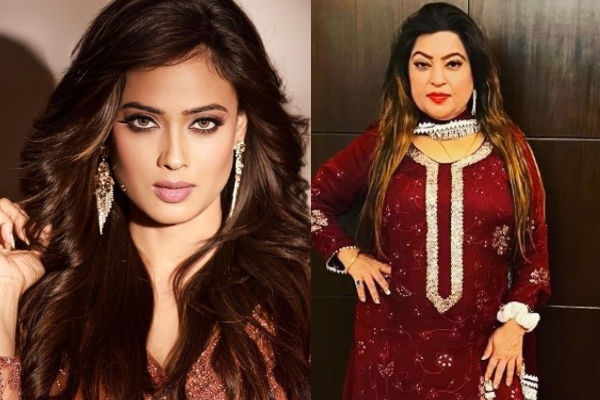 Throughout Bigg Boss 4, Dolly Bindra gained a lot of attention for her unfiltered comments on Shweta Tiwari and her personal life. Ever since Dolly Bindra entered the house as a wild card, she took indirect jubes at Shweta, as a result the two ended up yelling, abusing and threatening each other. 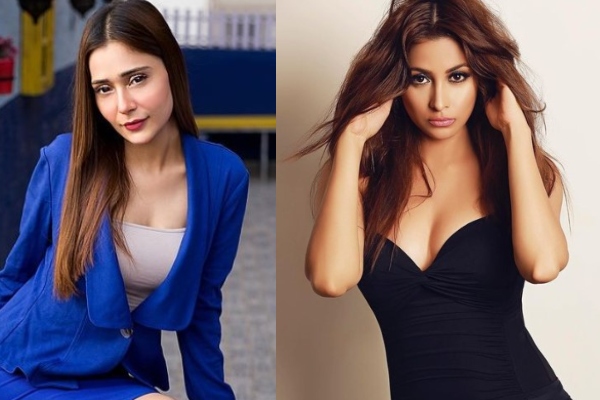 Sara Ali Khan and Madhura Naik starred together in the show, Bidaai. The actresses, who shared a cordial bond with each other had a tiff over Sara’s ex-husband, Ali Merchant. When Sara was getting romantically inclined towards Ali, Madhura warned her against him as she had known Ali for years. Sara obviously didn’t like it and created problems between Madhura and her co-stars. Both actresses have been at loggerheads since then. 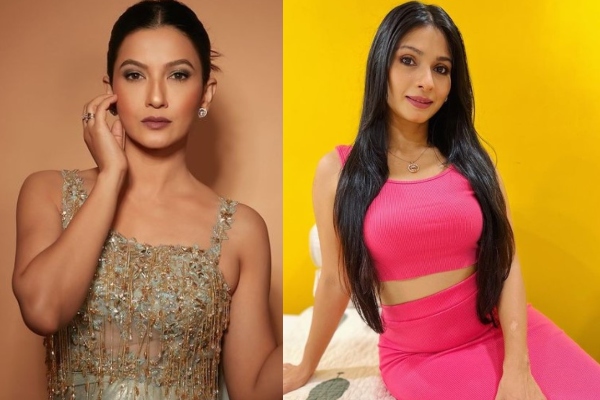 Gauahar Khan and Tanishaa Mukerji’s fights were the highlights of Bigg Boss season 7. Tanisha was often seen making fun of Gauahar’s health and even called her a ‘cook’ which ignited a war between them. She also made fun of Gauahar for becoming unconscious and accused her of flirting with Armaan Kohli, whom Tanishaa was dating. Gauahar, who was one of the strong contenders in the show always gave it back to Tanishaa and her act of bullying.

Also Read: 10 Television Actors Who Were Kicked Out Of Their Daily Shows: Paras Kalnawat To Ankita Lokhande 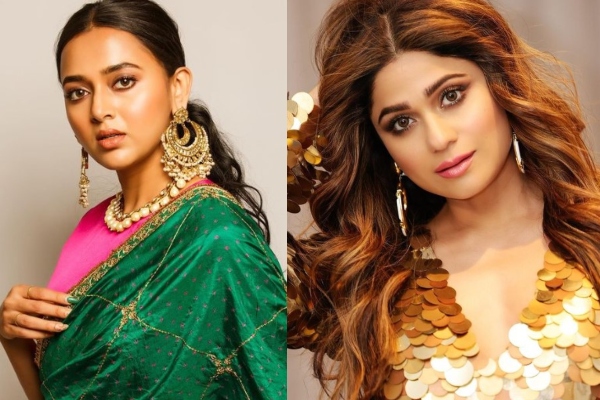 Tejasswi Prakash and Shamita Shetty were best buddies throughout the entire season of Bigg Boss 15. However, all hell broke when during one of the tasks, Tejasswi age-shamed Shamita Shetty and called her an aunty. Shamita slammed Tejasswi for her personal remarks and lashed out at her by calling her ‘an ill-mannered, spoilt brat.” 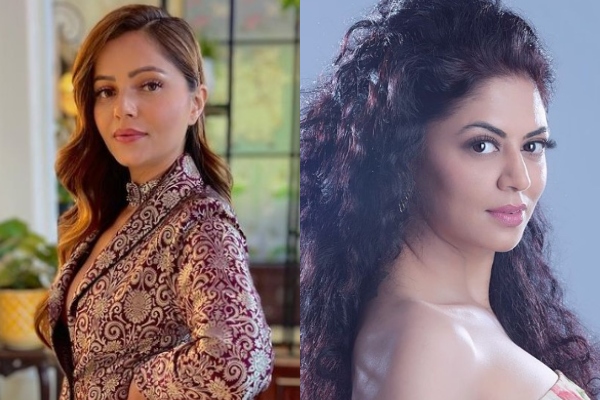 On Bigg Boss 14, Kavita Kaushik asked the co-contestant whether she knew the hidden truths about her husband, Abhinav Shukla. Kavita’s statement raised many eyebrows and to back Kavita, her husband, Ronnit Biswas had posted tweets, claiming that Abhinav is an alcoholic and used to send drunk texts to Kavita in the past. This triggered a huge fight between Kavita and Rubina. 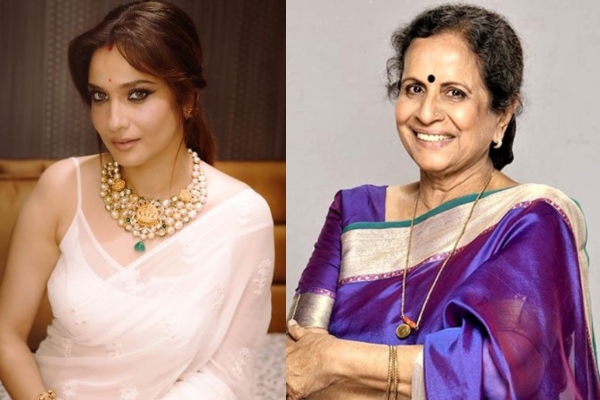 When Ankita Lokhande and Usha Nadkarni were working on the show, Pavitra Rishta, it was reported that the actresses couldn’t see eye to eye. As per an inside source, Ankita was very insecure about Usha Nadkarni’s popularity and couldn’t accept that Usha was getting all praises. And Ankita’s tantrums on the set irked Usha.

Well, it is not a surprise that these famous actresses of the telly world have indulged in some nasty catfights as insecurity, jealousy and misunderstandings are part of this profession.