Tusshar Kapoor is a doting father to his son, Laksshaya Kapoor. In an interview, Tusshar talked about why he opted for surrogacy over adoption. 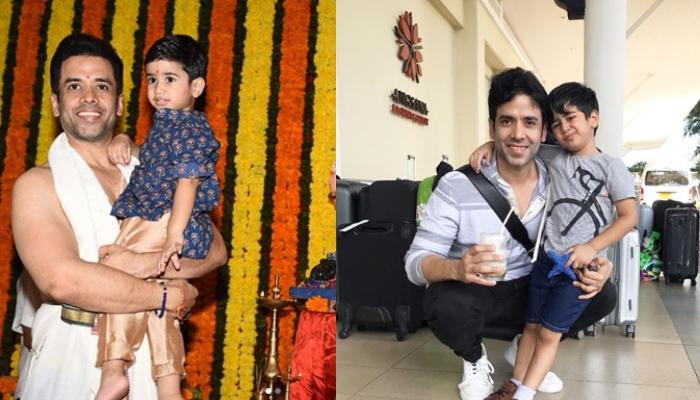 We live in a world full of taboos and stereotypes and taking a stand in such a society can be a bit challenging sometimes. And for a celebrity, the challenge becomes even more difficult as they are the easy targets for trolls. B-town celebs have always managed to surprise us with their choices in life, be it opting for surrogacy or choosing single parenting, they have nailed everything. One such celebrity is actor, Tusshar Kapoor, who had opted for IVF and is nailing the art of being a single parent. (Also Read: Alia Bhatt Captures Ranbir Kapoor's Dogs and Her Cat, Showing Off Her Photography Skills)

Golmaal actor, Tusshar Kapoor, who had embraced fatherhood through IVF and had become a doting father to his son, Laksshya Kapoor. Since then, his life has been revolving around his little wonder. From celebrating his birthdays to accompanying him to his playdates, Tusshar has redefined the entire meaning of fatherhood and had been acing the game of being a single parent. Not only Tusshar, his sister, soap-opera queen, Ekta Kapoor had also opted for single parenting and welcomed her baby boy, Ravie Kapoor through surrogacy on January 31, 2019.

Tusshar recently graced Kareena Kapoor Khan’s radio show, What Women Want and talked about opting for surrogacy over adoption. When the host of the show, Kareena asked Tusshar why did he choose surrogacy, the actor replied, “Mujhe apna bachcha chahiye tha (I wanted a biological child). Maybe I will adopt in the future, you never know. Never say never to anything. If people who get married and have stereotypical families would like to have their own kids, why can’t I, as a single parent?”

Tusshar also revealed that it was during the time he turned 35, he realised his paternal instincts and realised that the time was right to have a baby. According to him, marriage could wait but parenthood can’t. He also spoke about being worried and stated that at 35, his energy levels are still high but at 50, he won’t be able to play with his child. Giving it a serious thought, he decided to have a child. Tusshar has also revealed that his parents were quite supportive of his decision and with the arrival of Laksshaya, his life changed for the better.

After the birth of his son, Tusshar had a press conference at his home, where he had announced the arrival of his little munchkin, Laksshaya. Making a formal announcement, he had stated, “I wanted to be a father. I met Dr. Firuza Parikh and she suggested this procedure. I was in a hurry to become a father. I am turning 40 in a few months, so I felt I was at the right stage to become a single parent and I went ahead with what was told to me. I am happy that I have taken the right decision. Our family is complete now, we are five now, grandparents, me, my sister and little Laksshya."

When Laksshya had turned 2 on June 1, 2018, the doting daddy, Tusshar had shared an emotional wish for him. Tusshar had taken to his Instagram handle and had posted a picture of the newborn, Laksshya, and had captioned it, “Been 2 years since this 'laddoo' came into my life and changed it forever! My angel for eternity, the love that I never ever felt before and will never after!” (Also Read: Hrithik Roshan's Ex Wife Sussanne Gives A Sneak Peek Into His Sea-View Home As They Move In Together)

What are your opinions on Tusshar Kapoor opting for surrogacy over adoption? Let us know. 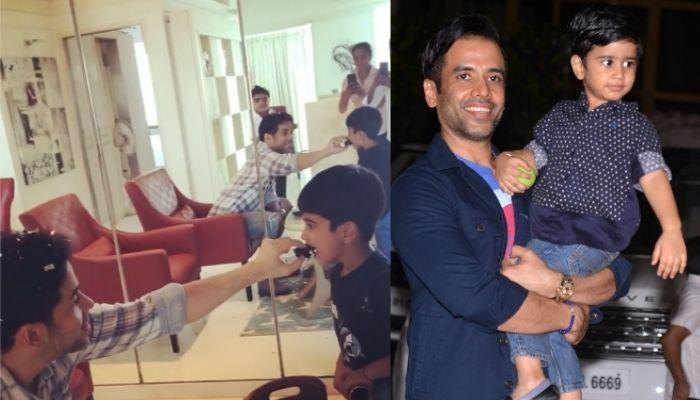 When your child does anything for you, it automatically becomes special. And when they do something special on your birthday, your happiness knows no bounds. The kids these days are smart and totally know how to make their parents’ birthday and other special occasions memorable. Be it making handmade cards