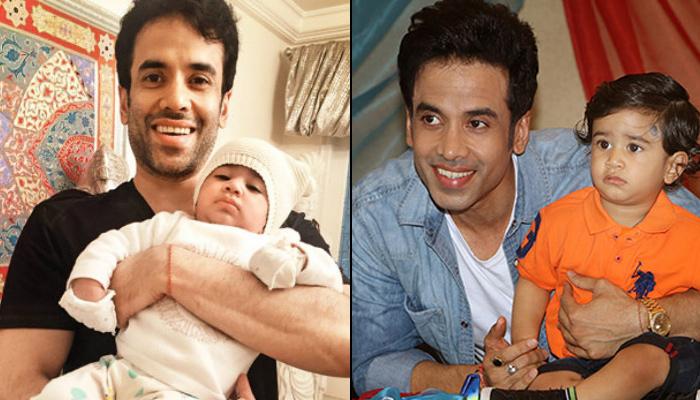 While parenting is an amazing experience that everyone wants to cherish in their lives, its never considered as an easy challenge, especially for a single parent. Bollywood actors can swoon everyone with their charm and acting, but what makes us go all aww over them is their parenting. These proud single fathers are no wonder, nailing it! (Also Read: 4 Famous And Successful Bollywood Celebs Who Are Proud Single Fathers)

Golmaal series actor, Tusshar Kapoor embraced fatherhood through IVF and became a hands-on father to his son, Laksshya Kapoor. Laksshya turned 2 on June 1, 2018, and the doting daddy, Tusshar shared an emotional wish for him. Tusshar took to his Instagram handle and posted a picture of the newborn Laksshya, captioning it, “Been 2 years since this 'laddoo' came into my life and changed it forever! My angel for eternity, the love that I never ever felt before and will never after!” 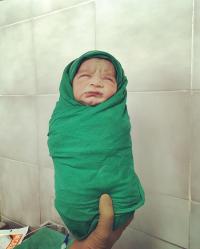 On the birth of Laksshya, Tusshar was quoted as saying, “I am happy that I have taken the right decision. Our family is complete now, we are five now, grandparents, me, my sister and little Laksshya.” He too shared that his sister, Ekta Kapoor is the one who pampers the little one. He stated, “She’s actually the one spoiling him. She’s always making videos, taking pictures and shopping for him. She just wants his wardrobe to be full and his toy closet to be brimming. I don’t want him to grow up a spoilt child, but right now, he deserves to be pampered.” (Also Read: 17 Bollywood Celebrities Who Are Above 40, Happily Unmarried And In No Mood To Take The Plunge) 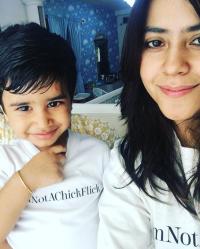 In an earlier interview, Tusshar talked about the moment when he thought of being a single parent, and said, “I was thinking about it for some time before I finally had the baby because I was running out of time. I am not married yet. I may or may not in the future. I felt time was running out fast and I couldn’t wait to have a family, have a child. That’s something I won’t be able to do as I grow older. I can always get married. That’s why I decided to become a single parent. A chance meeting with Mr Prakash Jha on my way to Tirupati changed things. He guided and helped me with the whole process. He told me how this is something many people have done and it is not something new. Meeting him really opened the doors for me.” (Also Read: Tusshar Kapoor Becomes A Proud Father Through IVF And Shares His Experience)

When further asked if it would have been easier for him to embrace parenthood after getting married, he stated, “I really didn’t plan it. I think I have always lived a life of integrity. I don’t believe in doing things for the sake of the society and societal pressures. People feel that just because I live with my parents and just because I am not living alone, I would do exactly what my family would say. I didn’t want to succumb to a traditional point of view to life. I knew then that I wanted a child in my life. I wanted to be a parent. I wanted to nurture. I act as my heart says and as per my own gut feeling.” (Also Read: Inaaya Looks Like A Doll With Her Sparkling Grey Eyes In Mommy Soha Ali Khan's Arms) 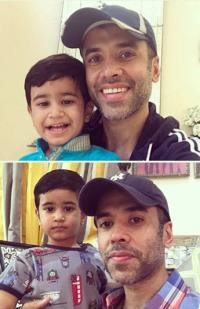 Tusshar further added, “Of course, my parents could have found somebody for me but I wanted to do something that would make me satisfied and feel complete. And since I was not married, it was time to have a child at least. If there is a way to do it without having to get married, then why not.” Tusshar further talked about what this parenting phase means to him, “This comes naturally to me. People have told me that I am doing much more than a couple would do for their child. But I don’t feel like I am doing anything extraordinary. Maybe that is because I am mature enough and that I have taken this step at the right time, when I am ready for the responsibility and the love. This is something I want to do. I want to nurture my child with all the love I can and I enjoy it. Parenthood nourishes my soul. I love taking him to the park and play school. It doesn’t feel like work. Some parents do think that doing things for their children takes away time from their lives, but this is my life and it is lovely.” (Also Read: Tusshar Talks About Laksshya And Taimur Becoming Best Friends When They Grow Up) 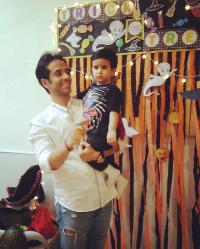