Tiger Shroff has spoken about how even after being a product of nepotism, he's proud of how far he has come on his own. Check out the details inside! Following the tragedy of Sushant Singh Rajput's suicide, the spark of debate over nepotism has hit Bollywood harder this time around. And people are targetting star kids like never before. The uproar, disagreements, protests and the blame game have taken a spike. A lot of mainstream actors, who are 'outsiders' have come forward and spoken about nepotism. But this time, an 'insider', a star kid, has spoken about how even after being a product of nepotism, he's proud of how far he has come on his own! Yes, we're talking about none other than Bollywood's favourite action hero, Tiger Shroff! Scroll down to know what is his take on nepotism! (Recommended Read: Namrata Shirodkar Managed To Click A Photo Of Her 'Elusive' Son, Gautam, Calls It Her Lucky Moment)

Once in an interview with the Mumbai Mirror, Jackie Shroff had spoken about how proud he is of his son's achievements, "God is kind, what else can you expect from your child! Tiger is setting an example for other kids to follow. He sleeps by 10.30 pm and is up by 6 AM. He respects people and focuses on his craft. He steers clear of malice and is a man on a mission. Even for a porcupine, his child is soft, so I won't say more. Children love him, and so do mothers, and grandmothers. I hope it always remains that way." 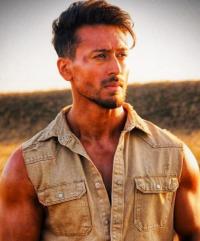 In a conversation with the IANS, Tiger cleared his take on this whole nepotism facade and admitted that there are privileges of being a star kid. At the same time, he also mentioned that there is an added pressure. In his words, "Being my father's son, there's an added pressure of being a star's son. People think it's very easy for us. I won't lie, in a way to get a little attention it helps. It's easier for people who are from the film industry but it's double the effort to make it on our own. I managed to get out of my father's shadow." He further added, "My father has been in this industry for 30 odd years. He has seen the highs and lows of the industry, and he protected me from that from a very young age. Now that I am out there in the open, I have become an easy target." Tiger Shroff loves and admires his father, Jackie Shroff, which was pretty evident in his birthday wish for him on his 63rd birthday. On February 1, 2020, Jackie Shroff turned 63-year-old, and Tiger had posted the sweetest wish for him on his Instagram handle with an age-old unseen picture of Jackie. Tiger's note could be read as "Prob won't ever be as cool, talented, good looking, effortless, loved (list goes on) as you! But one thing for sure you'll never be as proud of me as I am of you. Happy birthday, daddy @apnabhidu." 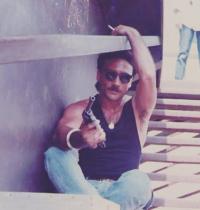 In an interview with the Mumbai Mirror, Jackie Shroff had commented on his son, Tiger's rumoured girlfriend, Disha Patani and had stated, "Tiger found his first friend, who is a girl, at 25. Till then, he never looked around. They share the same passions, dance and work-out together. She comes from a family of army officers, so, she understands the value of discipline. Who knows they may get married in future or remain friends for life. For now, they are just friends." (You May Also Like: Sonam Kapoor Ahuja Opens Up About How She Spent Her Lockdown With Mother-In-Law, Priya Ahuja) 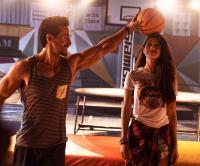 In a throwback interview with the Mumbai Mirror, Disha Patani was asked about her experience of working with her alleged beau, Tiger Shroff's dad, Jackie Shroff. She had revealed that the working style of Jackie Shroff is completely different from the other actors. On being asked to compare him with his son, Tiger Shroff, the diva had said, "They are very different; there is a huge age gap. It's like asking if my father and I are similar. He is so cool, takes things easy. And has so much swag. No one can match up to him." (Also Read: Deepika Padukone's Birthday Gift For Husband, Ranveer Singh Is Related To His Professional Work)

Do you agree with Tiger Shroff's take on nepotism?