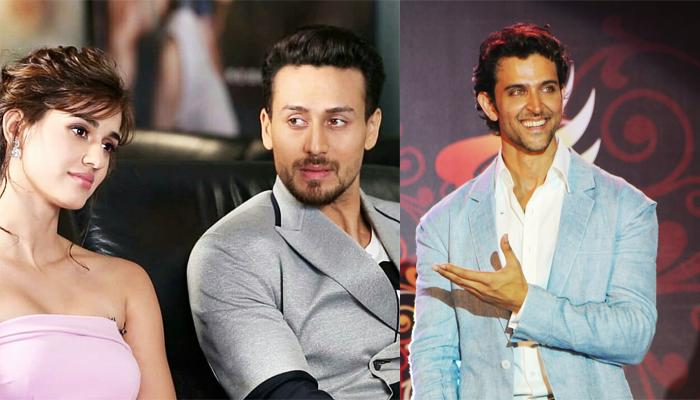 Recently, Hrithik Roshan and Disha Patani were in the news after a few media portals had reported that the 44-year-old actor flirted with the MS Dhoni: The Untold Story fame actress. The reports had sparked off yet another controversy in Hrithik’s life after his infamous spat with Kangana Ranaut. (Also Read: While Kangana Ranaut Attacks Hrithik Roshan, Sussane Khan Supports Her Ex-Husband)

However, both Hrithik and Disha clarified the rumours later and slammed the media house for reporting false news. And now, Disha’s alleged boyfriend and her co-actor from Baaghi 2, Tiger Shroff has come out in the open and spoken about the fiasco. In a media interaction, Tiger was quoted as saying, “It's part and parcel. Not just Hrithik sir, every star faces that. Once in the limelight, you become an easy target. It was a very silly rumour. I know both of them very well, they are nothing like that. They are lovely human beings”. 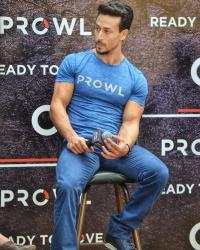 Earlier, after the reports surfaced online, Hrithik took to his Twitter handle and shunned a media house by writing, “(translated into English) Bhaskar brother, Where are you? How is everything? For the benefit of your media house, here is a tweet from my side. Next time, ask me directly if you need help”. 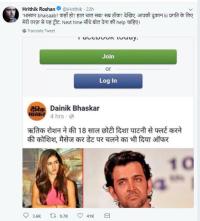 Slamming another such false reporting, Hrithik tweeted, “(translated into English) My dear friend, Patrika ji, do you exercise? Hit the gym. All the fodder and garbage from your brain would come out. Especially do 20 donkey kicks, 2o monkey rolls and 2 dog jumps would be great for you. Good luck, good day and love you too”.

In fact, even Disha took to her Twitter and wrote, “There is some childish and irresponsible gossip about Hrithik sir and me doing the rounds. I would like to say that it’s completely untrue and in the minimum interaction that I have had with him, he has been one of the most dignified and joyful people”.

The 26-year-old actress further added, “It’s my regard for him as a person that is making me even respond to something this trivial. There is no truth in me walking out of any project with him”. (You May Like: Chahatt Khanna Invites Her Soon-To-Be-Divorced Husband, Farhan Mirza On Daughter's Second Birthday)

Now, in their own personal spaces, Disha Patani is allegedly in a relationship with Tiger Shroff, and Hrithik Roshan is divorced from Sussanne Khan. Talking about her relationship, Disha had once told an online tabloid, “I know there is much buzz, awareness and speculation about what’s happening between us. But I want to ask that just because you are spotted with a girl by the paparazzi outside a restaurant, does it become a date? Can’t friends go for a chilled-out time or to eat or have a coffee?” 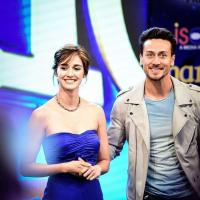 She had further opened up and said, “As people under the limelight, this is only a part and parcel of our jobs. The reason I don’t want to shut up anyone or clarify anything about these reports is because I genuinely feel kisi ke pet par laat nahi marni chahiye (I don’t want to take someone’s bread-and-butter away (grins). People like to write things about us, it’s fine, maybe they get something out of it — money or some sort of pleasure. So, let them do their job while we focus on ours”. 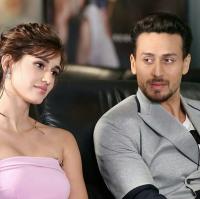 On the other hand, Hrithik Roshan, as we all know, is divorced from his ex-wife, Sussanne Khan but recent rumours have been suggesting that the two are thinking for a reconciliation. Regarding the same, a report had earlier stated, “Hrithik and Sussanne are working it out. They identified the stress areas in their relationship and are doing their best to work their way around them. Give them time—they will come together again”. (Don't Miss: The Real Unheard Story Of Hrithik Roshan And Sussane Khan's Divorce) 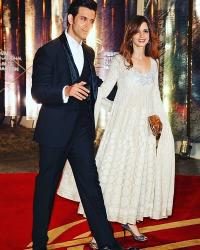 Well, we can’t wait for Disha Patani and Tiger Shroff to make their relationship official, and as for Hrithik Roshan, we hope that he and Sussanne Khan reconcile things up and leave the past behind.