While most girls dream of finding their perfect match, a partner in crime, someone who belongs to them, there also are a few females who do not find anything exciting about that. Being alone does not scare them.

And just because they enjoy their own company does not mean that they are loners. It just means that they are confident and independent women who are not looking for love but when they find it, they will certainly cherish it.

53 Questions You Can Ask Your Partner During Courtship, Instead Of 'Khaane Mein Kya Khaaya'

If He Is Not Calling, Here Are 3 Signs That Show He's Worth The Wait

So guys, if you too are beginning a relationship with a girl who is not afraid of being alone, rather, she enjoys being by herself, here are things you should know.

Recommended Read: Get An Envious Body Like Her- Beauty And Fitness Secrets Of Bollywood Diva Nargis Fakhri Revealed

#1. She is not waiting for any prince charming

She is self-sufficient in every manner and does not believe in waiting for a knight in shining armor who would come riding on his beautiful white horse and rescue her. That for her is just a fairytale.

#2. She will not pick up after you

So, you need to get more organised and start cleaning up your own mess. If at all, then she is just interested in having an equal relationship status and most definitely, not just being your domestic help.

Also Read: Why The Rising Trend Of House Husbands And Their Working Wives Is Here To Stay

#3. She does not want someone who is needy

She will not wait on hand and foot on you to do as you say. Needy men are most unattractive to self-sufficient women. You need to be a go-getter, someone who is quick in doing his own work.

And that is also one reason why not being with someone does not bother her. She enjoys doing her own stuff, her own way without anyone dictating or correcting her.

#5. She might have been through a bad break-up recently

If she likes to be alone but seems to be sad, it could be because of a recent break-up. Lend her your shoulder to cry and heal. She is vulnerable but not readily available!

#6. She will give you lot more space than you expected

Because she enjoys her own space so much, she knows its importance and gives you lot more than you asked for! You both do have a life together but have your individual ones too.

Recommended Read: Wedding Video Of Chiranjeevi's Daughter Is The Most Delightful Thing You Will See On Internet Today

#7. She is super adventurous- the flying solo sorts!

If you cancel on her last minute or refuse to go with her somewhere, she will not ask you twice. She is confident enough to go shopping, catch a movie, a cup of coffee, try out an adventure sport, go on a vacation and so many more things all by herself.

#8. She will not open up to you immediately

She does not trust or open up very easily. She is not an open book, so it is you who will have to put in a lot of effort to make her comfortable with you and trust you.

#9. She will not take any kind of criticism or taunts

Why should she or any other woman for that matter be subjected to criticism? She does not need any unwanted suggestions and will ask you herself when she needs any!

That is a sign of how independent and confident she is. She believes in equality of the sexes. She is not a rigid feminist but a woman with a lot of self-respect. And that is not a bad thing at all!

Must Read: 11 Creative Ways To Cut Your Wedding Costs Without Compromising On The Fun Factor

#11. She would want you to respect her free-willed lifestyle

#12. She is not in this relationship just for fun

Also Read: Style Guide From Alia Bhatt To Dress Up For Your Friend's Wedding

She will never depend on you to get her work done. Be it fixing small things in the house or going to a faraway market to get some spices, she will do everything that she can do herself comfortably without disturbing or being dependent on you.

#14. She is blunt and straightforward

She does not believe in sugar coating anything. For her, black is black and white is white. She is honest and upfront but that does not label her to be a rude or insensitive person. She is only just and to the point!

Recommended Read: This Bride's Exquisite Wedding Dress By Claire Pettibone Will Make You Want One For Your D-Day Too

If she enjoys it and is not scared of being alone, you need to be yourself with her. If you are fake, she will spot that very soon and would not take a minute to leave you. She does what she says and isn’t afraid of the consequences. 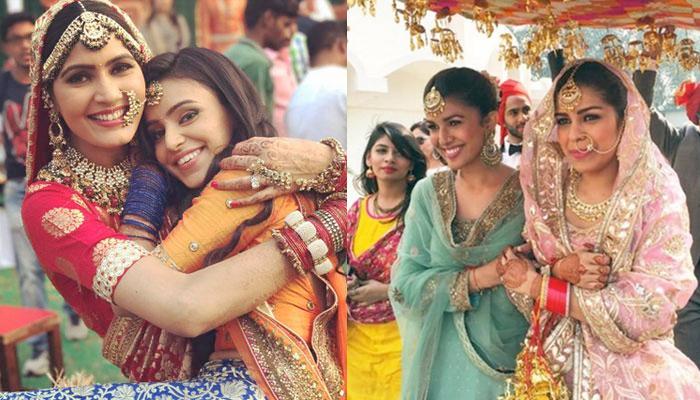 For any girl, having an elder sister is one of the most amazing things of her life. Not only does she become her first friend, but also remains her best friend for life. And, when it is time for this best friend of hers to get married, there are a

53 Questions You Can Ask Your Partner During Courtship, Instead Of 'Khaane Mein Kya Khaaya'

If He Is Not Calling, Here Are 3 Signs That Show He's Worth The Wait