Bigg Boss 13 underdog Asim Riaz and Punjabi actress Himanshi Khurana met each other while being locked down in the Bigg Boss house. What followed was a beautiful love story, cherished by millions! 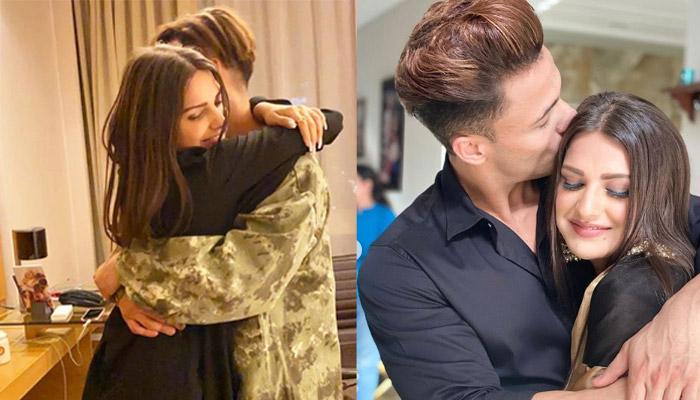 Who does not love love-stories! We all lure to have one perfect story that we can cherish our lifetime and can tell the stories of the same to our kids and grandkids. We all have grown up listening to & believing in the stories of prince charming and princess. From Snow White to the frog prince, we have heard it all! What if someone has a love-story which is no less than a fairytale? Yes, people are lucky enough to have a love-story that can make us all feel a bit jealous. We are talking about the love-story of Bigg Boss 13 cutest and most loved couple Asim Riaz and Himanshi Khurana, who are together fondly known as AsiManshi by their fans. (Recommended Reads: Mukesh Ambani And Nita Ambani's Love Story: Proposed His Muse In The Middle Of Traffic)

Bigg Boss always brings up some good-looking men into the house to increase the heat, and continuing the trend, the makers introduced the world to the handsome, fair and owner of some great hair model, Asim Riaz. He was mocked on the stage for his accent, and it was assumed that this young lad is not gonna stay in the house for the longest. But what happened inside the house was unexpected, and the underdog went on to become the most favourite contestant for the fans and stood second in the race to the winning. Asim who was shown as a man who would erupt at anything happening wrong, melted on the first sight of the Punjab ki Aishwarya Rai, Himanshi Khurana.

Himanshi, who was a well-known face in Punjabi Industry with already millions of hearts beating for her entered as a wild card in the Bigg Boss house creating a lot of buzz. The actress had entered the house while she was in a long-term relationship with her much talked about boyfriend, Chow (on the show). Himanshi in an interview said "I am not going inside the Bigg Boss 13 house to find love. I am a bit conservative when it comes to love. I can be a good friend to someone in Bigg Boss, but no love story for me. I am already in a committed relationship since last 9 years. Ek mahine ka mera koi bhi connection can't break my 9-year long relationship.” Making it clearer that she was not in the show to find love.

The First Shot at Love

It was Asim, who could not take his eyes off Himanshi during her stint in BB13. He could be seen doing things for her. From making a heart-shaped parantha on her birthday to hugs & kisses to protecting her, and taking care of her when she fell sick; Asim could be seen doing everything that a doting boyfriend does for his partner. Though Himanshi was clear about her relationship with her then-boyfriend, Chow, Asim could not help himself falling for her. One could easily feel him wearing his heart on his sleeves every time he looked at Himanshi in awe.

The comfortable, lovey-dovey bond between Asim and Himanshi faced separation when Himanshi was evicted from the Bigg Boss house. Asim was seen hugging her as if he was not ready to let go off her. Post her eviction, the lover boy, Asim was devastated and could be seen expressing his love for Himanshi and how much he misses her. Himanshi left her perfume for Asim as well post her eviction.

Truly said, what is a love-story if there is no separation. It was just the start to the love-story that neither Asim nor Himanshi had expected.

The Hint of Reciprocation

Asim, who could not stop thinking and talking about his love for Himanshi was ecstatic when in the family week, Shefali Zariwala’s husband Parag Tyagi told him that Himanshi has broken up with her then-boyfriend and is waiting for him outside the house. He could not believe and confirmed the news with his brother, Umar Riaz. This hinted him that he might get what he was longing for all this while!

When Himanshi entered the Bigg Boss house again, for Asim, the later could be heard saying “Mera dil bahar aa raha hai” and had rushed to the confession room to greet her with tight hug and kisses. Himanshi also told him about their fandom saying, “Duniya pagal ho rahi hai hum dono ke liye.”

Later, Asim could not hold his emotions for her and ended up proposing her for the wedding. In the garden area, Asim went down on his knees, holding Himanshi’s hand and had proposed her saying, “Himanshi, I really love you. Will you marry me? I swear to God, I want to marry you.”

The flabbergasted Himanshi had refused the proposal, saying, “You are a nice boy but there are many other things right now. I am not refusing but we have to see many things after going outside. I hope you understand. I will only say that I am here for you and this is enough.” Accepting the flower Asim gave to her, she said; “I took so much time to make a friend and I need time to make a lover."

Himanshi in an interview also stated the reason for not accepting Asim’s proposal, saying; “When I was coming inside the house, Umar did say that I shouldn’t go to the extent of discussing marriage and take time before deciding anything. He basically meant don’t rush into anything."

The fans who were already going gaga over Asim Riaz had till now started rooting for their favourite Jodi of the season, Asim & Himanshi and had started calling them AsiManshi. The couple has a crazy fan base who are constantly tracking their every moment and gushing over them.

Although, Himanshi had confessed her feelings for Asim and had stated “Yes, I love him” because host, Salman Khan kept probing her. The Punjabi actress in a video shared that she wanted to confess her feelings for Asim in front of his parents, she is seen saying, "Maine bola hum families ke beech me baith k baat karenge, bahut badi commitment hai. Lekin Salman sir ne bola clear hai to bolo. Maine bola ‘yes sir, I love him’.”

However, now Himanshi has officially accepted about their relationship saying, "Yes, we are dating!" She also talked about meeting Asim's family and said, "Yes. I met them, It was a great experience. It was only because of the show- everyone feels people are fake inside, isliye woh itna confusion aur miscommunication ho raha tha. Jab tak aap bahar aake baat nahi karte, tab tak cheezein clear nahi hoti. Now, it's all good." (Recommended Read: Himanshi Khurana Of 'Bigg Boss 13' Makes Her Relationship Official With Asim Riaz)

Now, that the prince of the tale Asim Riaz got his princess Himanshi Khurana, the duo cannot stop doing all the PDA. They are often spotted together, posting pictures & stories on their social media account, and leaving all the mushy comments over one another’s posts.

The duo is also seen defending each other and taking a stand for one another which is a true sign of love.

To Being a Brand

The crazy popularity of Asim and Himanshi has made the couple turn into a brand now. Asim and Himanshi have recently done a music video together which is loved by their fans. Other than that, #AsiManshi will soon be seen over the cover of the Fitlook magazine.  (Recommended Read: Isha Ambani And Anand Piramal's First Anniversary, Love Story From Being Family Friends To Soulmates)

This is the story made of dreams. Do you also like Asim and Himashi's Jodi?