This bride left everyone amazed with her on-point designer outfits, which she wore for her wedding functions. Details inside!

Indian wedding outfits are full of colours, and the best thing about an Indian wedding is the end number of functions one gets to enjoy. It includes engagement, haldi, mehendi, sangeet, cocktail and the final day of the wedding. For all these events, the bride's outfit is on high priority. Wedding shopping begins months before.

To kick start her beautiful journey ahead, the bride Rhea Chatterjee made sure to pick up the best outfits for all her functions. She had picked the most fashionable designer dresses for her wedding ceremonies and aced her D-Day look. She made sure to wear a jaw-dropping outfit and made her wedding the talk of the town. Let’s find out what Rhea wore on her wedding and pre-wedding functions. 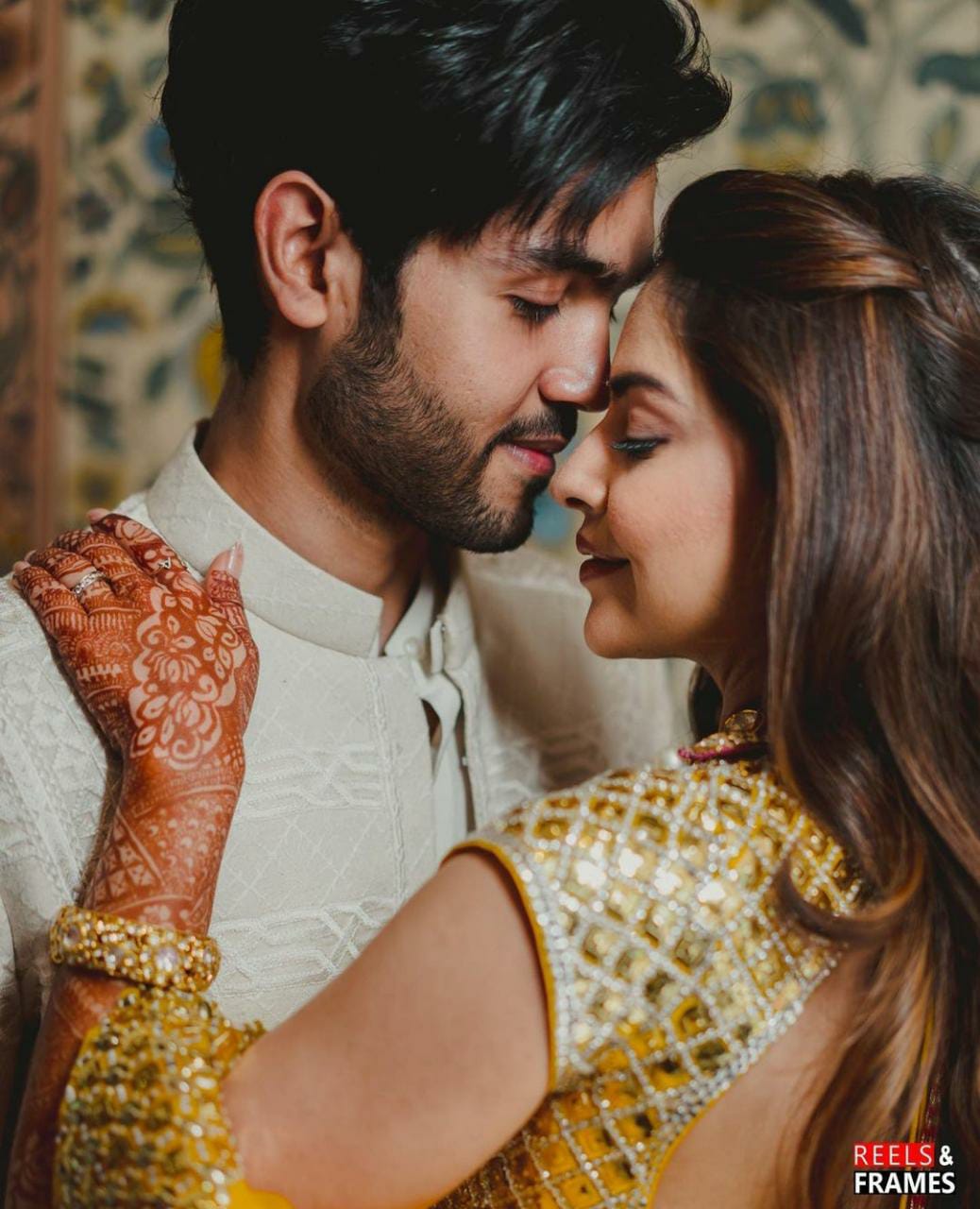 Rhea Chatterjee, who is also B-Towns prettiest actress, Alia Bhatt’s friend, had tied the knot a few months back with the love of her life, Avik Chatterjee. The wedding was done grandly at the luxury hotel, The Oberoi Rajvilas at Jaipur with the bride and groom’s family and friends. Alia Bhatt had especially travelled to Jaipur to attend her friend's wedding and the wedding turned out to be a happening one. 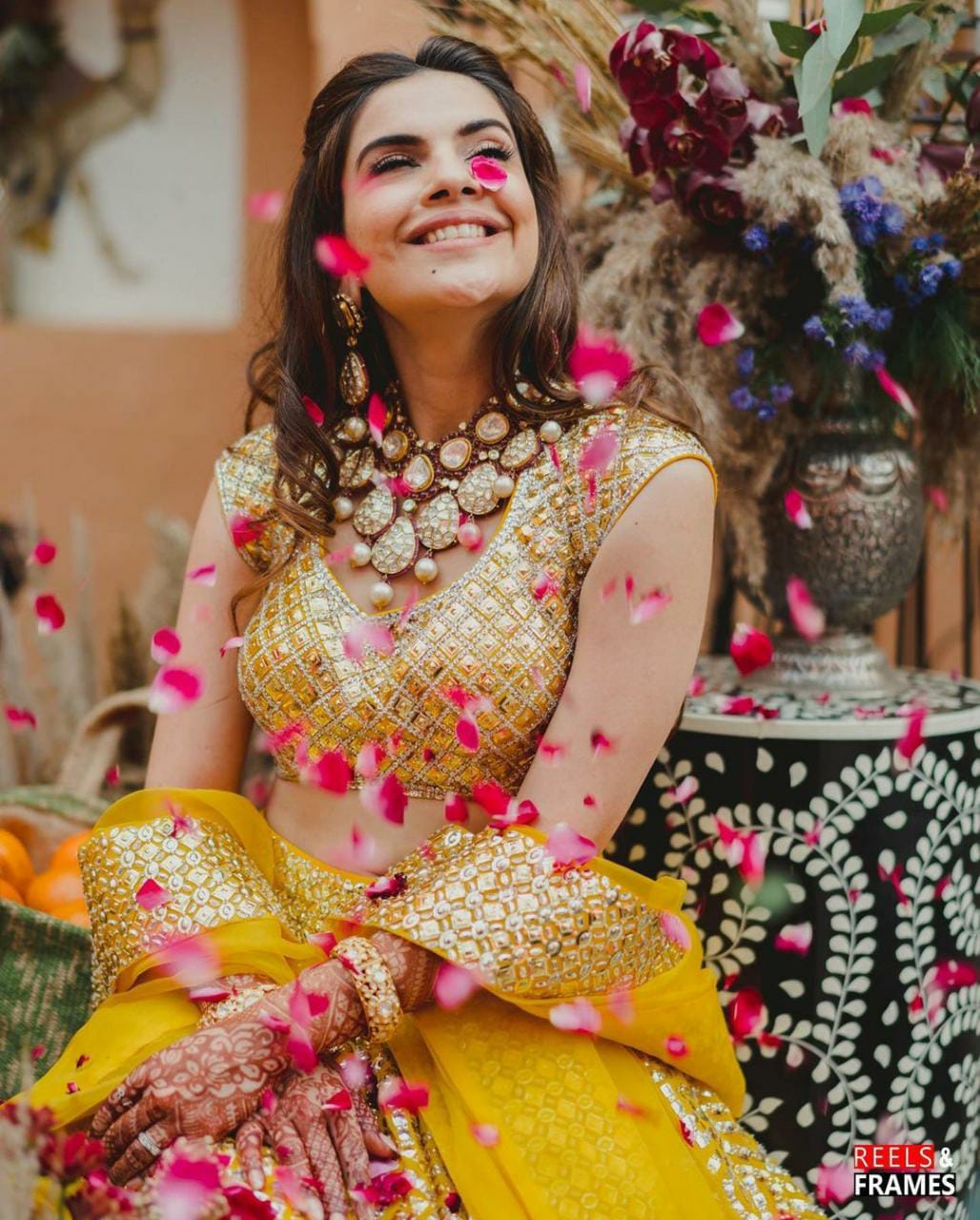 Rhea had donned a vibrant mustard coloured lehenga-choli set from the famous designer, Abu Jani and Sandeep Khosla. Her yellow ensemble was embellished with golden stones and sequins, which she had paired with a heavy stone neckpiece, earrings and golden kangans. She had looked absolutely beautiful as she posed, showing off her mehendi for a picture. 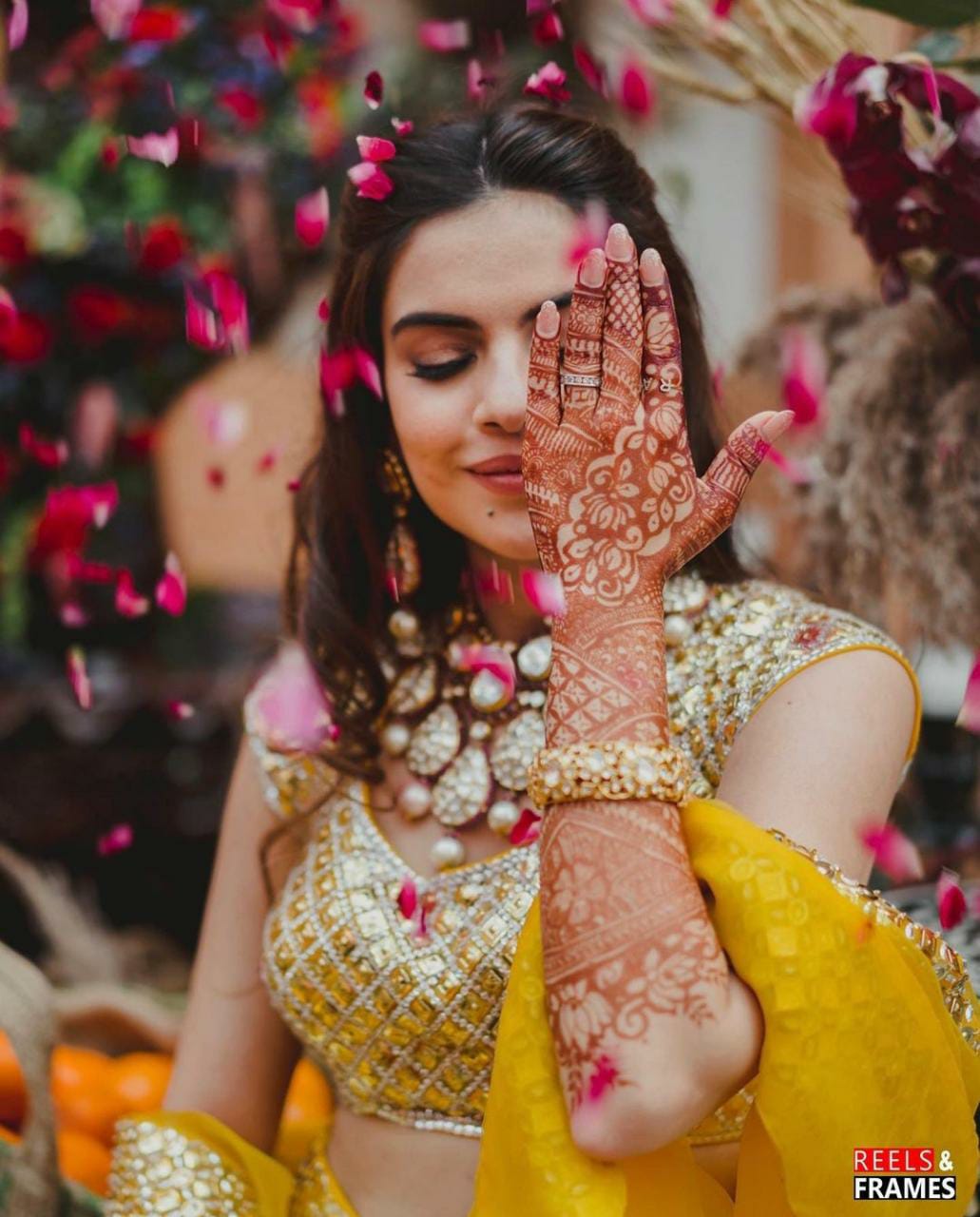 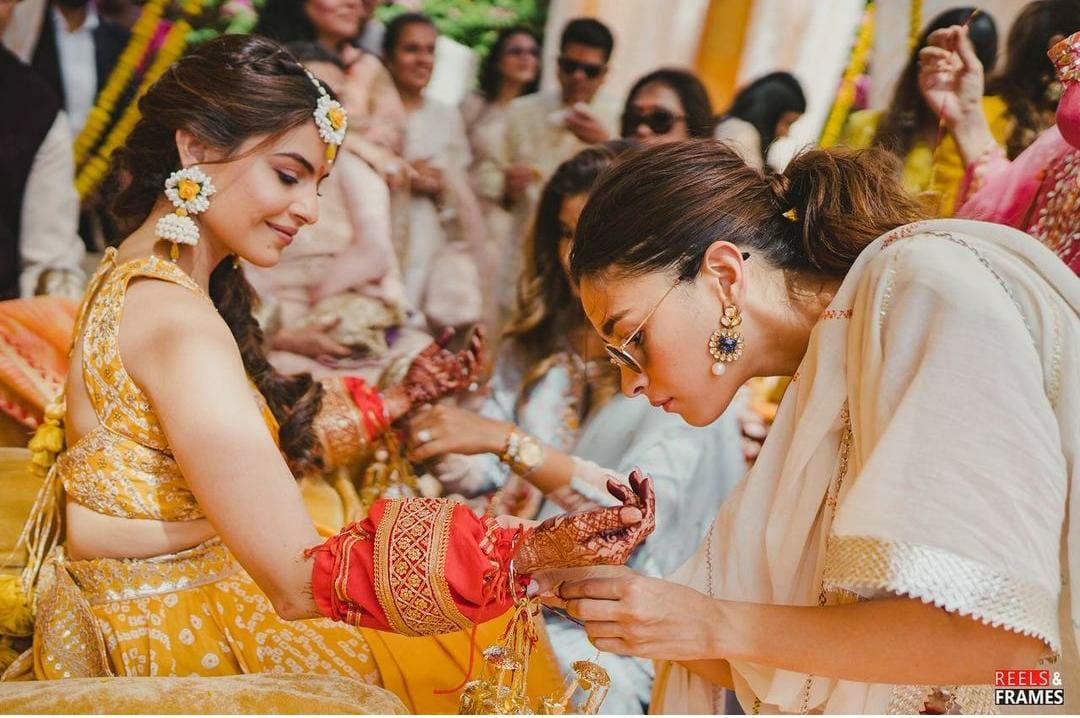 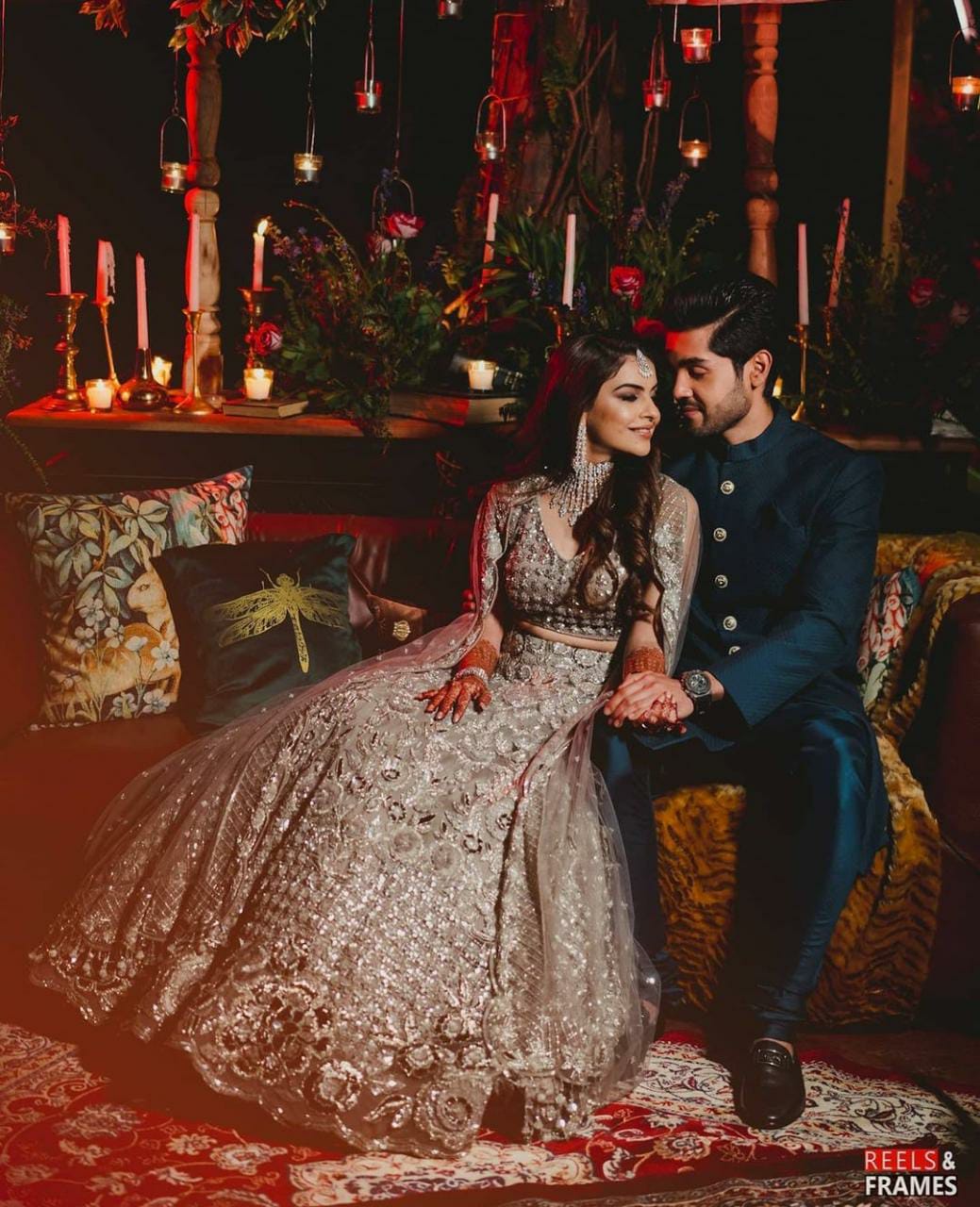 The sangeet is the most entertaining night. It is full of fun, filled with special dance performances. Similarly, Rhea’s sangeet was a blast of fun, food, music and dance. She had worn a dazzling silver lehenga designed by ace designer, Manish Malhotra with a cape-style blouse. Her outfit was exceptionally glamorous and heavy. Rhea Chatterjee had mesmerized everyone with her stunning sangeet look. Whereas, Avik Chatterjee had donned a metallic blue sherwani with black shoes. 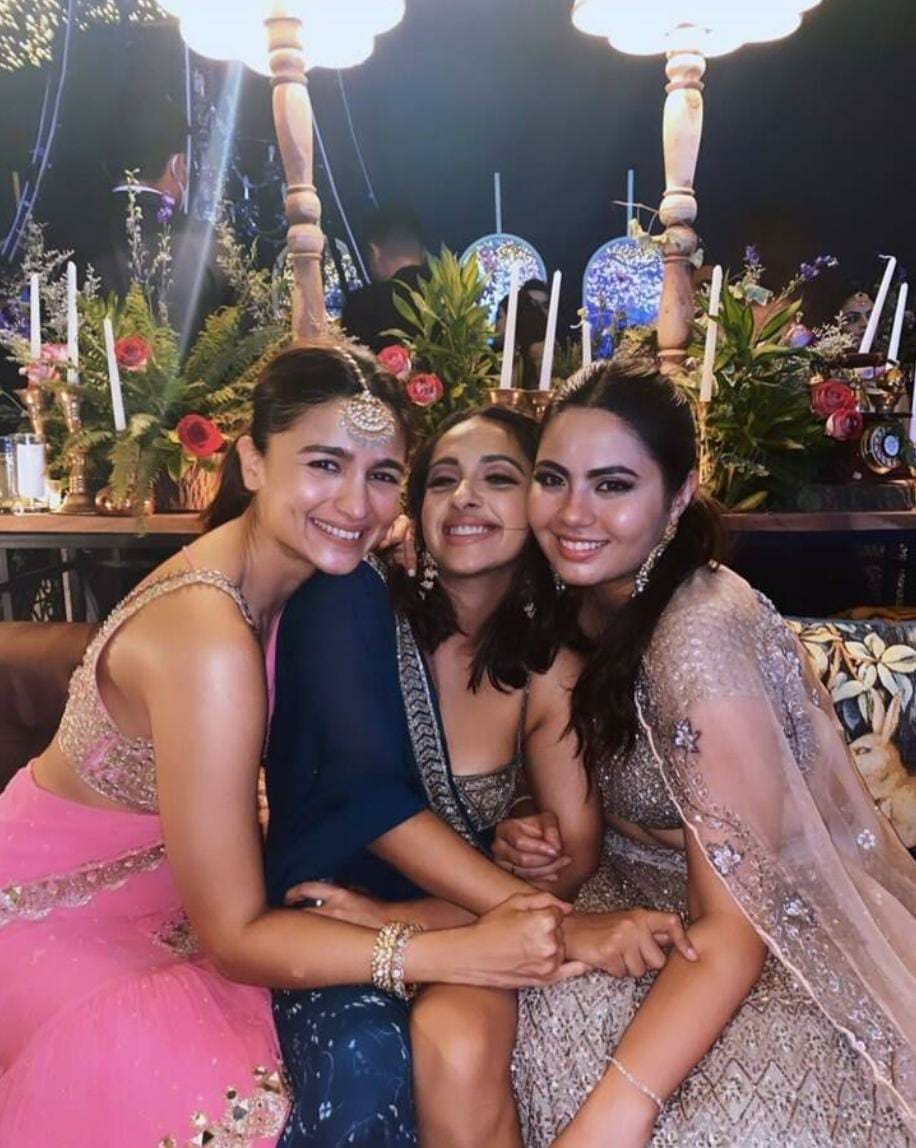 Alia Bhatt had donned a hot pink saree with a maang teeka and indeed made heads turn. Talking about Rhea's other friends, Akanksha Ranjan Kapoor had worn a beautiful blue lehenga, Meghna Goyal had worn a glittery black lehenga. These girls had rocked their look in their stunning outfits. 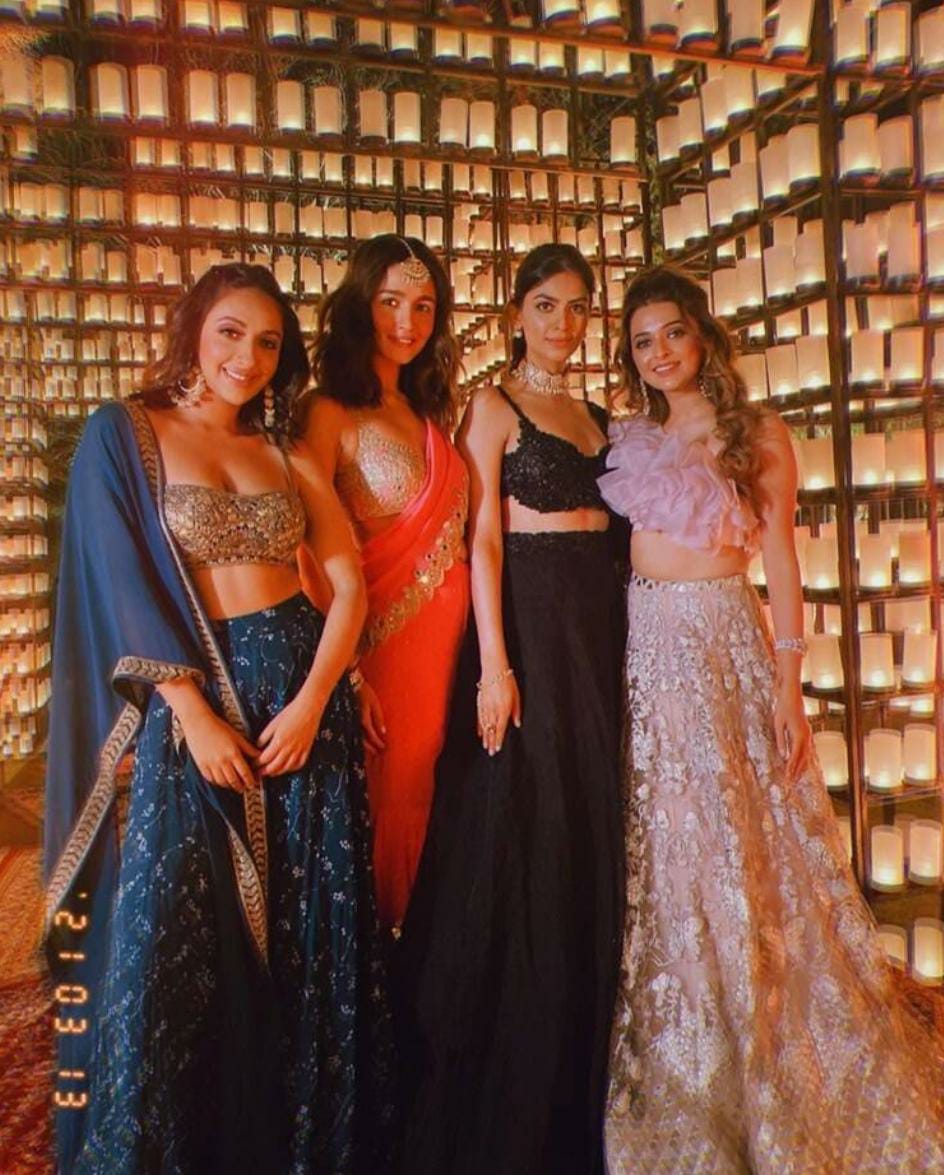 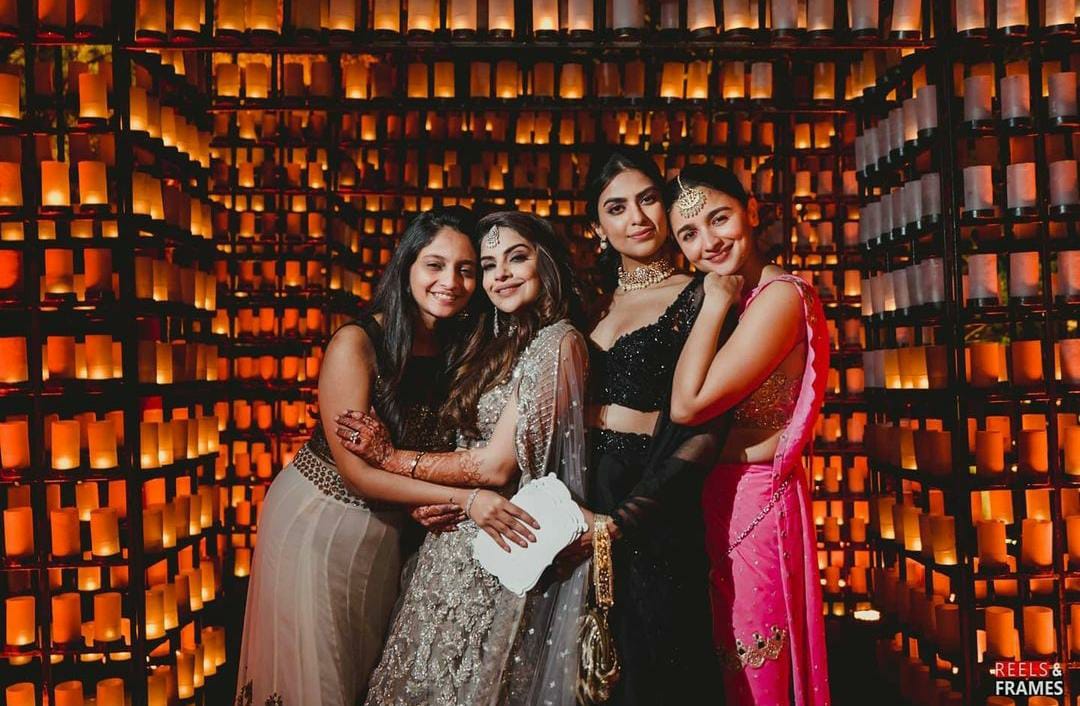 Don’t Miss: This Bride Aced Royal Marwari Look In A Unique Lehenga For Her Destination Wedding In Jaipur Friends add utmost fun to the wedding and especially for the bride, it is the bridesmaids, who keep the excitement alive. Alia left no stone unturned to make her friend’s sangeet ceremony special. Alia and her friends, Akansha Ranjan Kapoor, Devika Advani, Meghna Goyal and Kripa Mehta, danced their hearts out on Badshah’s song, Genda Phool and Tesher’s Jalebi Baby. 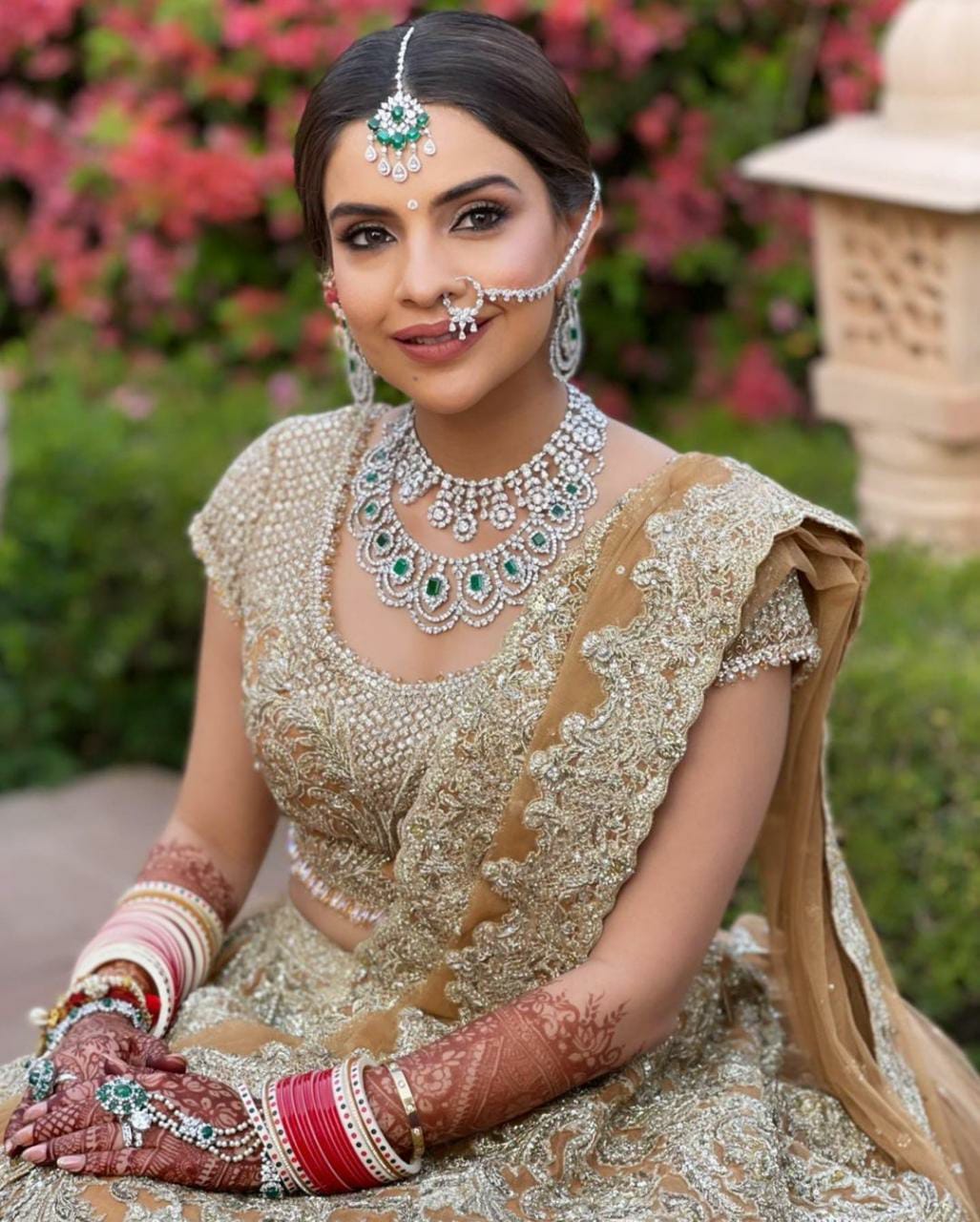 The adorable bride-to-be, Rhea Chatterjee, wore a light-brown lehenga from the designer, Abu Jani and Sandeep Khosla. The outfit had intricate white thread embroidery and heavy stones. To complete her look, she had accessorized it with a silver mang teeka, earrings, a beautiful two-piece necklace set with emerald stone, along with the traditional red chooda and kaleera. In contrast, the groom had worn a similar colour sherwani with a golden pagdi. The couple had kept their wedding day hashtag, #AvRhee on Instagram. 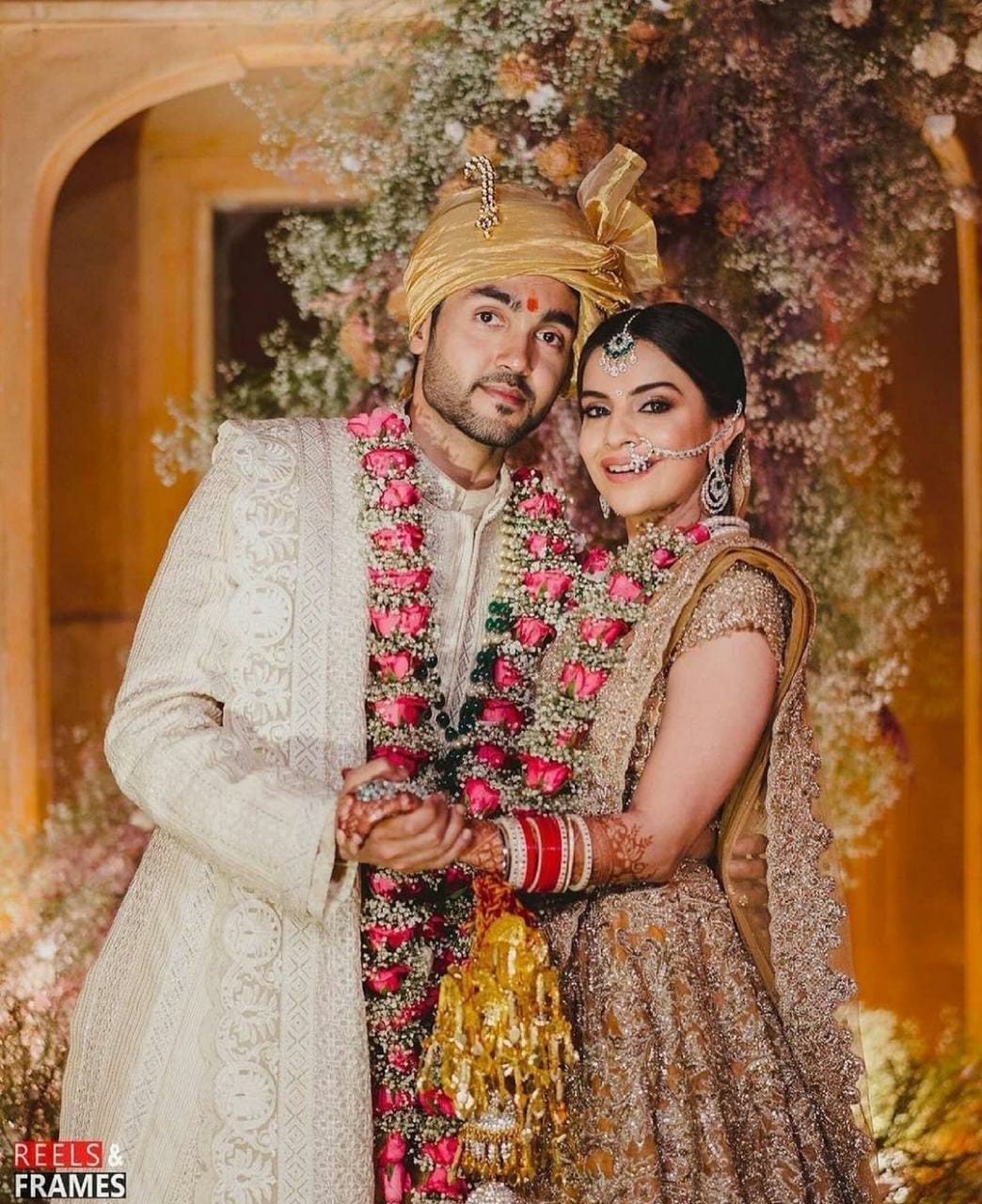 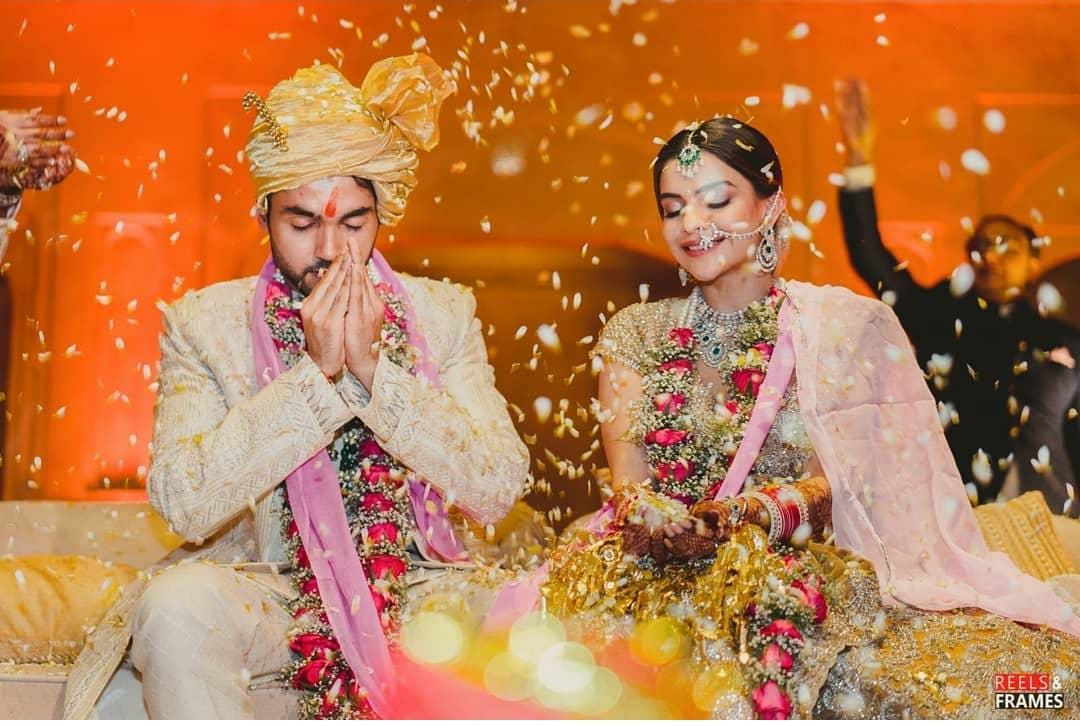 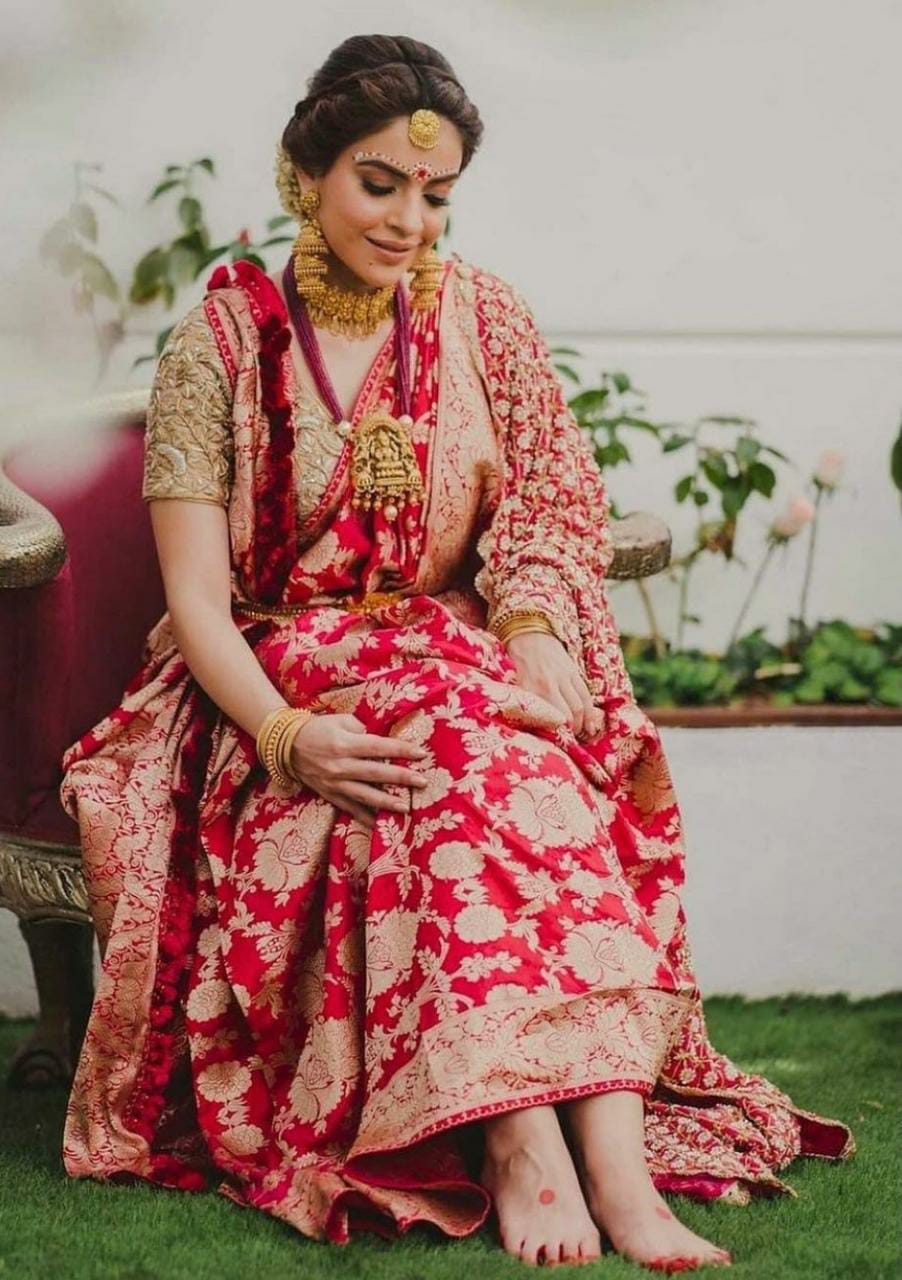 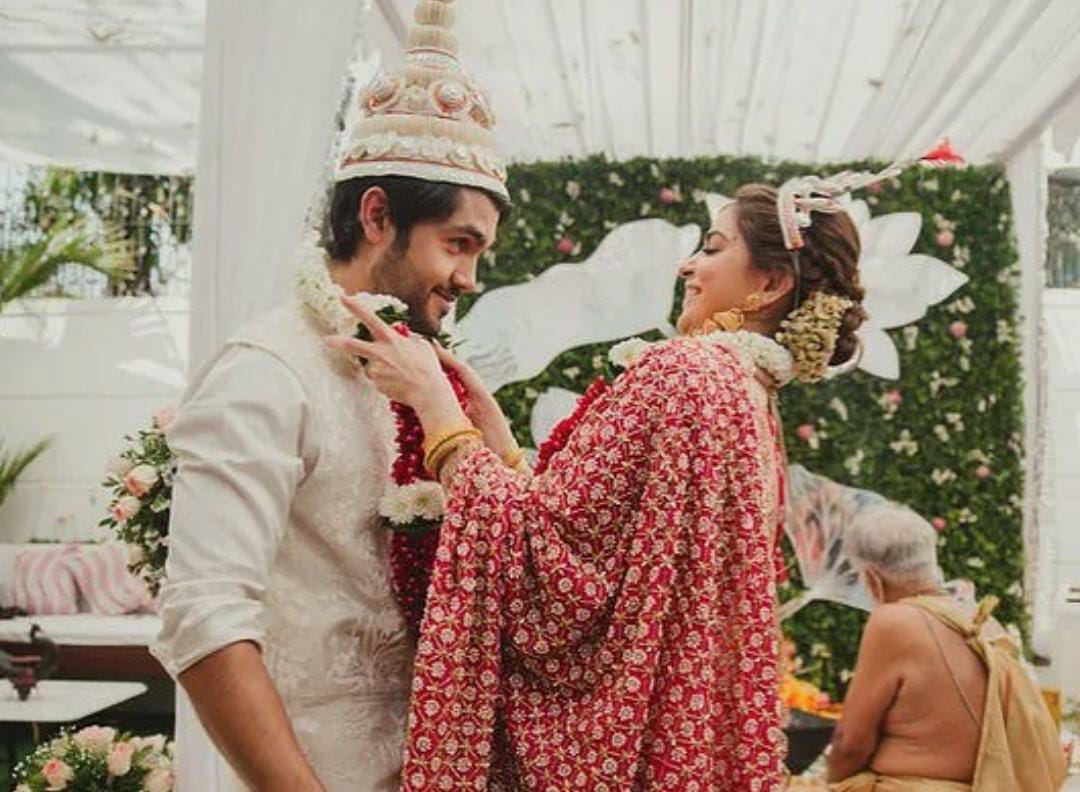 Recommended Read: This Sabyasachi Bride Opted For A Green 'Lehenga' And Royal Jewellery For Her D-Day 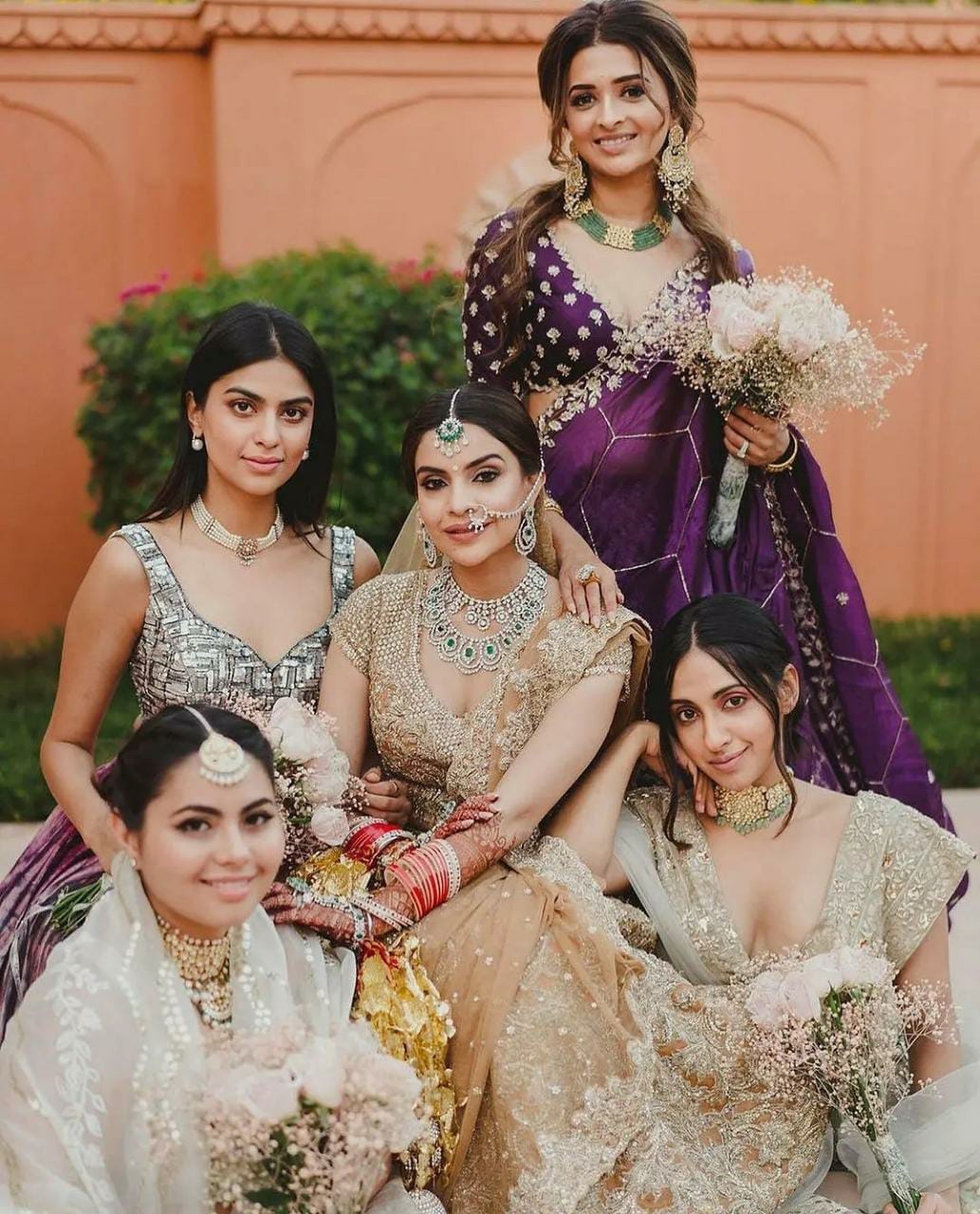 Rhea’s friends had turned bridesmaids for her wedding, and had looked stunning in their outfits. Alia Bhatt had donned an orange coloured lehenga from Papa Don’t Preach by Shubhika for the wedding, in which she had looked so graceful. The minimal white and golden jewellery added more charm to the diva. One of her friends had worn a silver lehenga with a deep cut blouse, whereas the other friend had opted for a pink and grey combination lehenga with a sweetheart style black and white blouse. 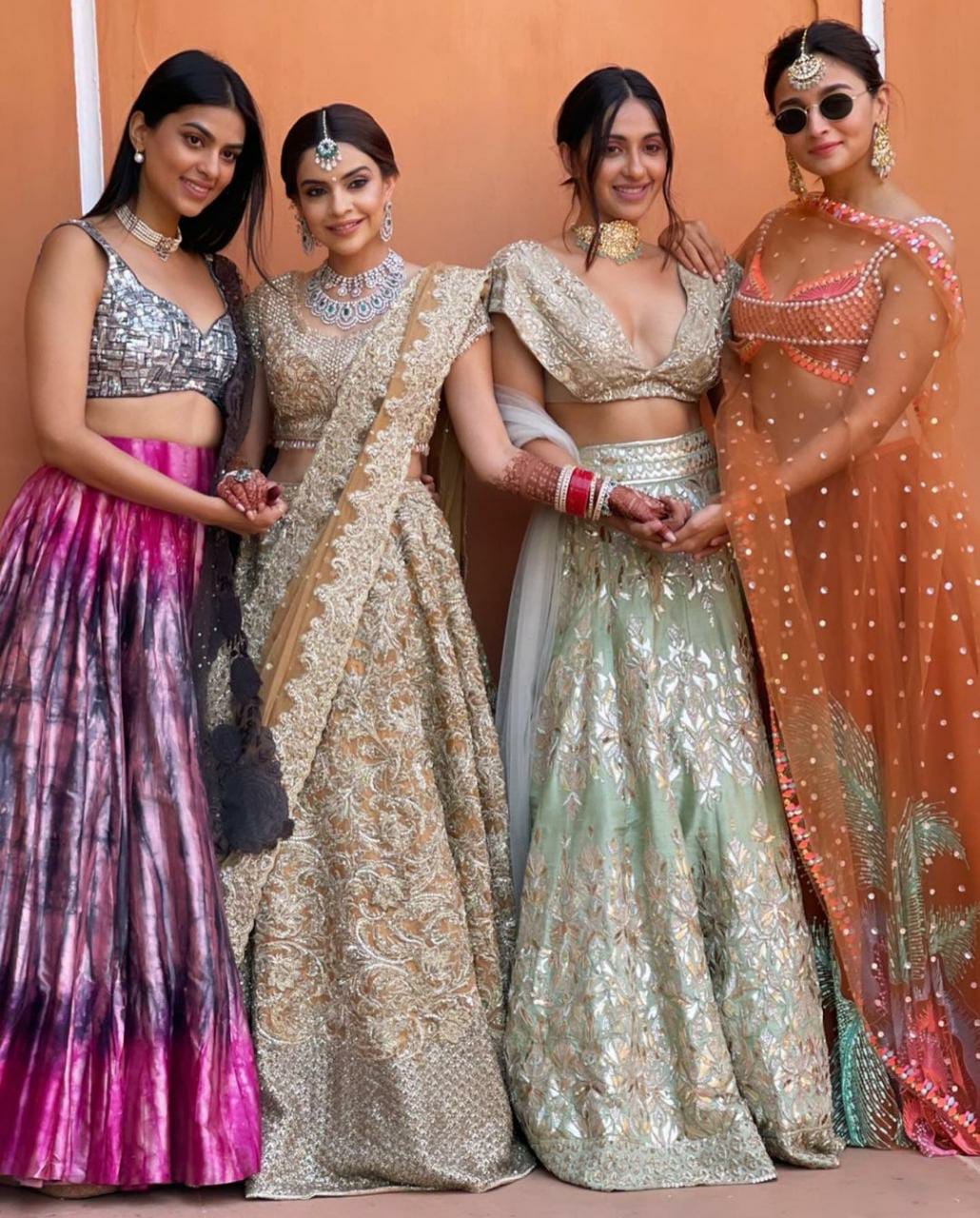 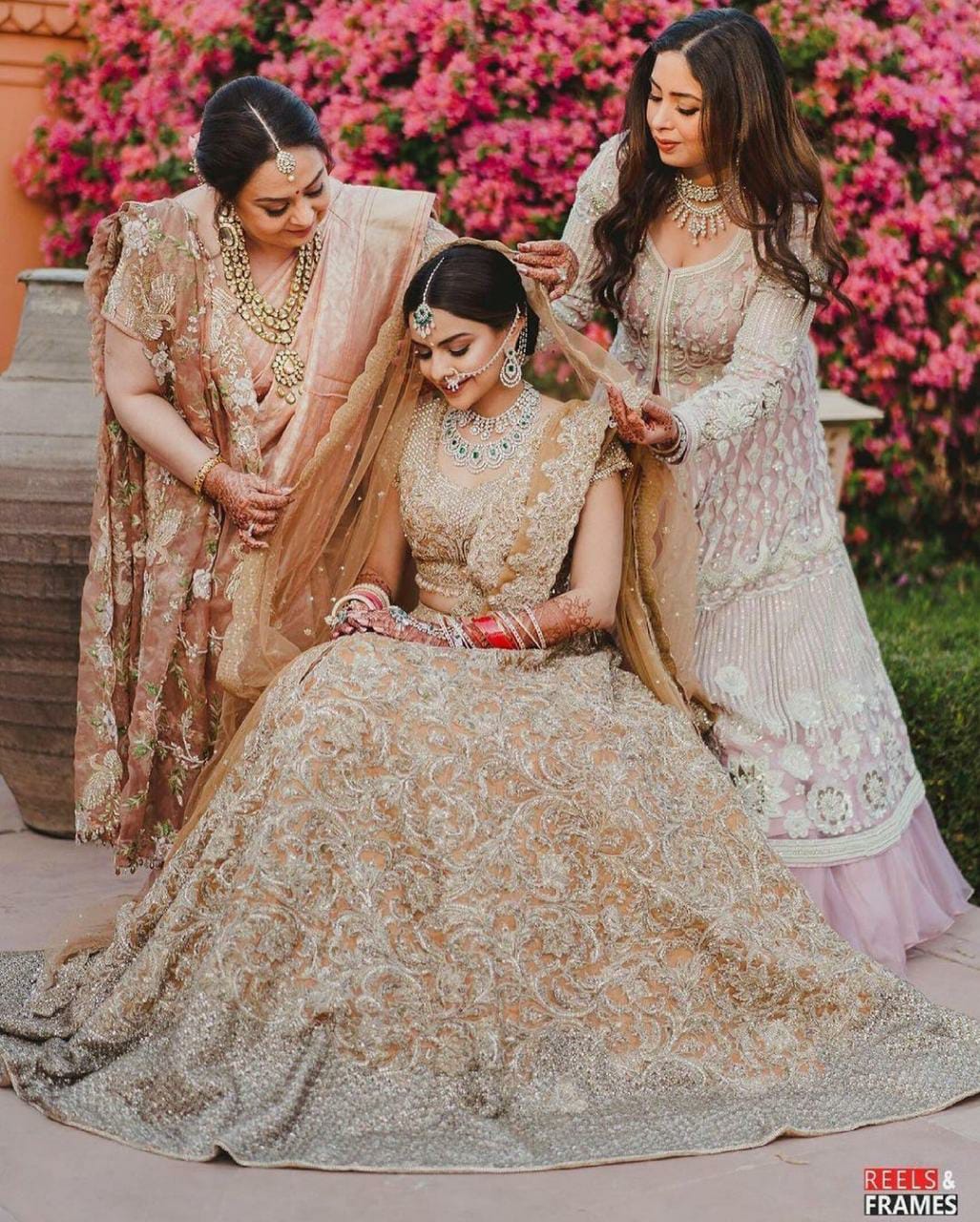 Looks like everyone had a blast at Rhea Chatterjee’s wedding. We wish Rhea happy married life ahead.

Next Read: The Bengali Bride Donned A Traditional 'Laal' Saree From The Famous Designer, Sabyasachi Mukherjee