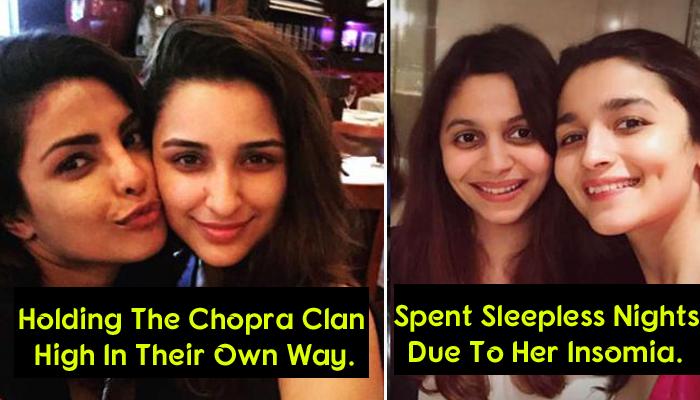 If you have a sister, you are blessed. Having a sister means two wardrobes, twice the pair of shoes, lots of jewellery and makeup, and most importantly, having a best friend who will never stop loving you.

Recommended Read: 4 Celeb Stepfathers Who Share A Beautiful Relationship With Their Stepchildren

The duo of sisters is the most powerful and loving combination, and our Bollywood divas are perfect flag bearers of that. Here are our favourite Bollywood sisters who share a beautiful bond with each other:

There is no doubt that Karisma and Kareena Kapoor make the most powerful sister duo of the Bollywood. The sisters hail from the highly revered Kapoor family of Bollywood and have graced the entertainment throne for a while. These gorgeous sisters are not just close sisters but doting aunts to each other's kids as well.

Also Check Out: 5 Simple Ways How Devranis And Jethanis Can Be More Like Sisters 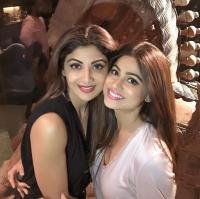 Both Shilpa and Shamita made their Bollywood entries at a young age. While Shilpa is still in the entertainment industry, Shamita is happy in her personal life. With their envious figures, these sisters are amongst the fittest ones in the industry.

Anil Kapoor's daughters love each other to the moon and back. Rhea loves to create artistic designs and Sonam loves to be her muse. This sister duo redefines the word fashion every time they come together.

Though Priyanka is dominating the world while Parineeti has just started, the two sisters are an inspiration for those who want to make it big on their own. They are upholding their Chopra clan proudly amidst the Khans and the Kapoors.

The Bhatt sisters can give anyone go weak in their knees with their cuteness. Their adorable selfies show the bond between these two sisters. They both have confessed that they have spent many sleepless nights fighting Shaheen's insomnia and depression. These sisters have always got each other's backs.

Also Read: Alia Bhatt Makes Sure That She Eats Eight Times In A Day, Here's Her Diet Plan!

Kajol loves her baby sister, Taneesha, and she is proud of her. Taneesha is a big part of her sister's life and of her niece's as well. Their bond is strong and truly one of a kind.

Katrina's baby sister, Isabelle, looks just as beautiful as her sister. The two sisters are very close to each other and are often seen hanging out and celebrating holidays together. These days, Katrina is helping her sister to learn acting.

Check This Out: 9 Bollywood Actors Who Romanced Their Real Life Sisters-In-Law On Silver Screen

The Arora sisters make one of the most popular sister jodis of the B-town. These stylish divas love spending time with their girl gang sipping cocktails at various exotic locations.

Moon Moon Sen's beautiful daughters, Riya and Raima share a very close relationship. One is rarely seen without the other. Though the roles they play on-screen are polls apart; off-screen, the sisters are very similar.

Don't Miss: Riya Sen Clears The Air If Pregnancy Was The Reason Behind Her Hush Hush Marriage

These are the three talented sisters who have ruled the modelling and acting world down South. While Sameera did a few Bollywood flicks, Meghna and Sushma preferred working in commercials and as models.

Daughters of the versatile actor, Kamal Haasan, are two remarkably independent women who are working hard to make names for themselves in Bollywood. They both help their father in managing his production house and love posing for the shutterbugs.

Sridevi's daughters, Jhanvi and Khushi, might not have still made their Bollywood debuts but they are always in news following their impeccable fashion sense. The two sisters are always seen spending quality time together. These are two divas in the making.

So, these were the beautiful sisters from Bollywood who share an even more beautiful bond with each other. We are sure that after reading this article all you want to do is to go and give your sister a tight hug. The relationship of sisters is a beautiful one. If you have one, grab her hand and go on an adventure and create some amazing memories together.

Next Read: 7 Bollywood Stepmoms Who Share A Beautiful Bond With Their Stepchildren