Bigg Boss 15: Tejasswi Prakash Breaks Down After An Ugly Spat With Karan Kundrra

Bigg Boss 15: Tejasswi Prakash Breaks Down After An Ugly Spat With Karan Kundrra

'Bigg Boss 15' lovebirds, Karan Kundrra and Tejasswi Prakash once again indulged in an intense argument, and both of them have crossed certain limits with their statement about one another. Find out!

Television actress, Tejasswi Prakash is not only leading the headlines but is also the one, who is the face of the controversial reality show, Bigg Boss 15 at this point in time. From her mushy moments with co-contestant turned boyfriend, Karan Kundrra to her intense fight with Prateik Sehajpal, she is getting away with all the limelight and buzz. According to some polls on the internet, it is reportedly stated that Tejasswi is likely to be the winner of Bigg Boss 15.

Now in the promo of Bigg Boss 15's upcoming episode, viewers are going to witness the most intense fight between Tejasswi Prakash and Karan Kundrra. From dropping some ugly remarks about one another in front of everyone to Tejasswi calling their relationship off, the upcoming episode is important in Tejran's (as fondly called by their fans) journey.

Recommended Read: 'Maasi', Saba Ali Khan Shares A Throwback Photo With Inaaya, And It's Too Cute To Miss The promo of Bigg Boss 15's upcoming episode showcased an intense fight between Karan Kundrra and Tejasswi Prakash. The lovebirds can be seen making some extremely hateful remarks on one another in front of all the other housemates. Karan and Tejasswi got indulged in an argument after she suspected that he and Prateik Sehajpal had finalised their decision to make Shamita Shetty the winner of the 'Ticket to Finale' task. A furious Tejasswi sat down in a conversation with Nishant Bhatt and started passing comments on Karan, as she called him, "Kamzoron ki nishaani." 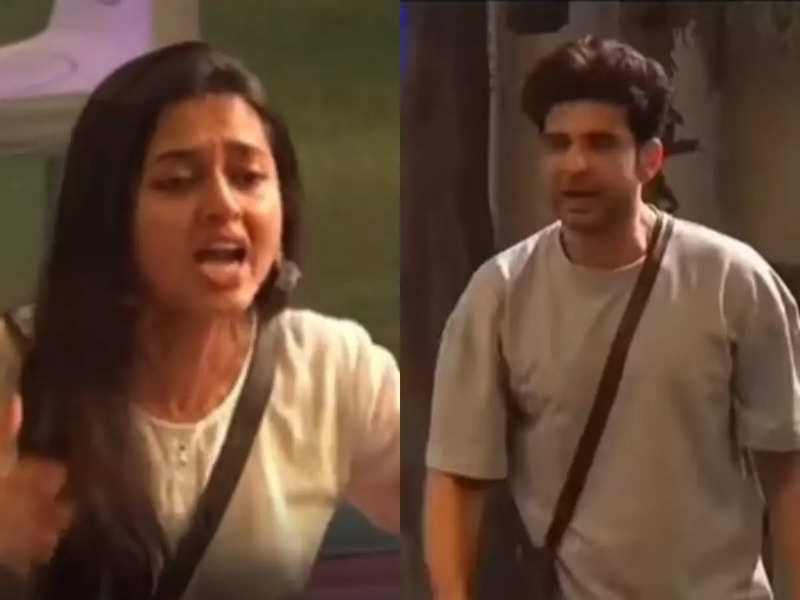 Tejasswi Prakash's statement irked Karan Kundrra so badly that he responded to it with an equally nasty remark. The television actor suggested Tejasswi to look into her own character first before making such remarks about anyone else. Karan also told Tejasswi, “Apne gireban me jhanko .” After saying this, Karan walked out of the room towards the garden area. However, it irked Tejasswi even more, and she shouted at him in anger, saying, "Have the fu***** ba**s to stand and finish a conversation." 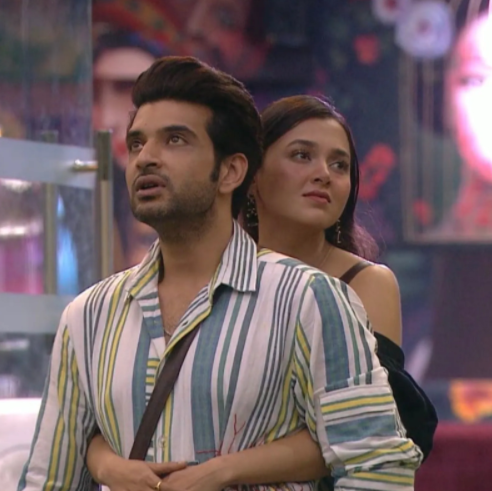 The moment Karan Kundrra heard this comment from Tejasswi Prakash, the actor lost his cool completely and told her to look at her own face. He said, “Oye chal Ae apni shakal dekh.” This particular statement from Karan broke down Tejasswi in tears. Later in the night, they are shown again having an intense argument in front of everyone in the garden area. In a conversation with Nishant Bhatt and Prateik Sehjapal, Tejasswi stated that she was not siding anyone in the show. During their conversation, Tejasswi also called herself Karan's girlfriend. She said, "Who talks to their girlfriend like that?" 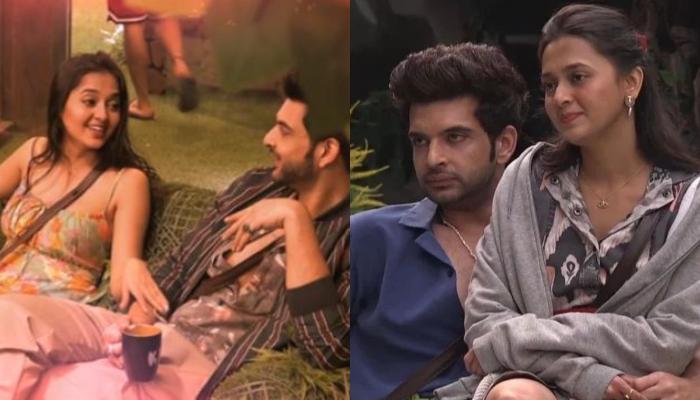 For the unversed, this madly-in-love couple once had opened up about their feelings and had shared those unspoken words. On December 6, 2021, Colors TV's official IG handle had shared a small clip from the episode of Bigg Boss 15 featuring Tejasswi Prakash and Karan Kundrra sharing a cosy moment. In the video, we could see Karan striking up a conversation with Tejasswi about their relationship and asking whether she was genuinely serious about him or would end their bond after the show. He could be seen asking: 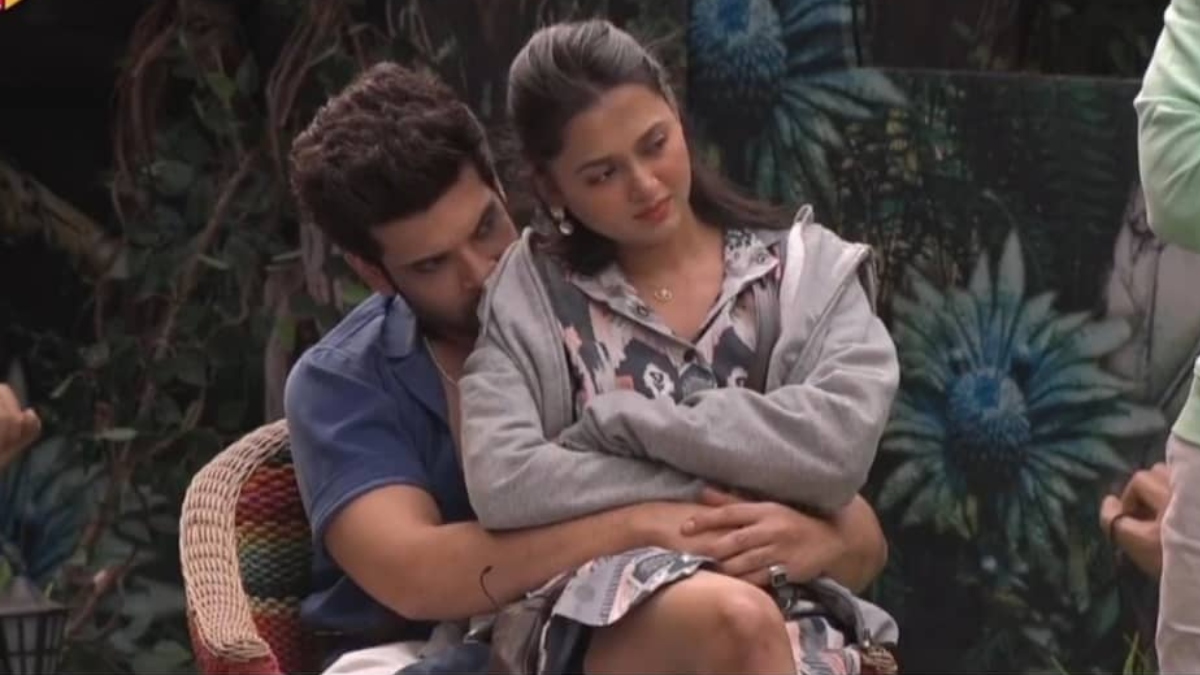 Responding to this, the Swaragini actress, Tejasswi Prakash had blushed and had said "Haan. You don't know how I feel about you". While talking further, she had asked the same question to Karan whether he was sure about her. And, Karan had stated that his feelings for her are growing every day. He had said, "Every day I fall in love." And Tejasswi couldn't hold her emotions and had leaned forward to kiss him. 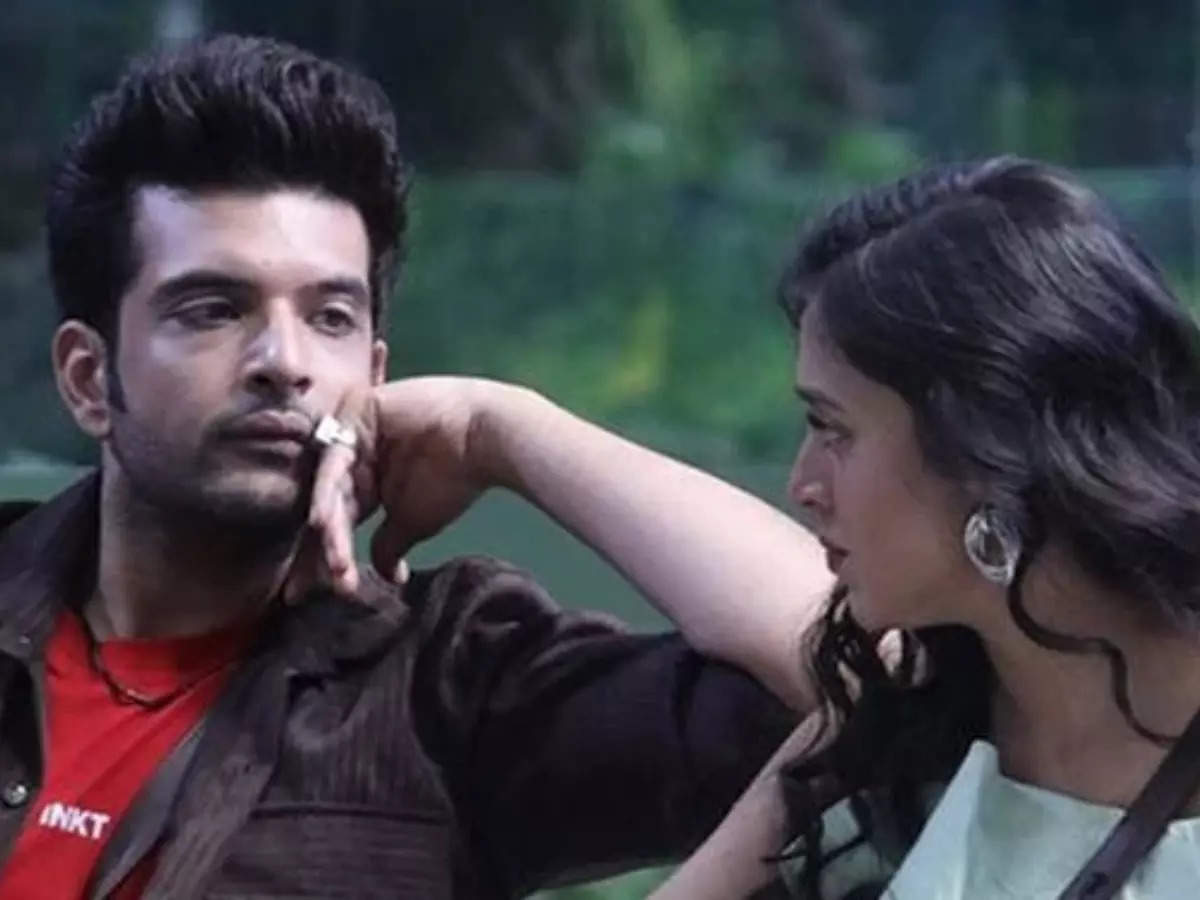 Also Read: Neil Bhatt Opens Up About Why He Opted For A Small And Intimate Wedding With Wife, Aishwarya Sharma

The upcoming episode of Bigg Boss 15 would also feature an intense fight between Umar Riaz and Prateik Sehajpal.

Tejasswi Prakash Talks About Her Relationship With Karan Kundrra, Addresses The Rumours About 'Roka' Television actress, Tejasswi Prakash is one of the sweetest ladies in Tinseltown, and she is everybody's favourite. With her innocent smile and cute antics, she has etched her place in millions of hearts. The gorgeousness had won the title of the winner of the most controversial reality show, Bigg Boss 15, and