On October 20, 2020, Amrita Arora and Shakeel Ladak’s son, Rayaan turned 8 and his doting parents posted heartfelt wishes for the little one. Kareena Kapoor Khan too posted a wish from Taimur's side.

She made her debut in 2002 with the film, Kitne Door Kitne Paas opposite Fardeen Khan, but rose to fame with her first commercial movie, Awara Paagal Deewana. Sister of Malaika Arora, Amrita Arora had started working at the age of 16 with modelling assignments, commercials, VJ-ing and acting. In 2009, Amrita had tied the knot with a businessman, Shakeel Ladak and a year later, the couple had embraced parenthood with the arrival of their son, Azaan. In 2012, the Ladak family was completed with the arrival of Amrita and Shakeel’s second born, a son whom they named Rayaan. (Also Read: Kunal Verma Shares A Family Picture From His Baby's Grand Welcome At Home With A Gorgeous Blue Cake)

In 2020, Amrita Arora and Shakeel Ladak had completed 11 years of marital bliss and to mark the same, the former had revisited her wedding days. Amrita and Shakeel had tied the knot in a Christian wedding and reminiscing the most special day of her life, she had posted unseen pictures with Shakeel and had captioned it as “What was, still is! 11 years and a whole lotta more to go. Happppy anniversary @shaklad #wegotthisbaby.” Shakeel had posted a solo picture of his wife, Amrita and had written, “Happy Anniversary Dearest Amu.” 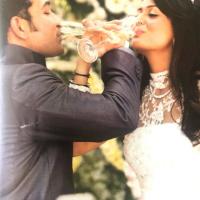 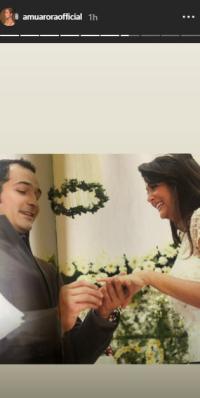 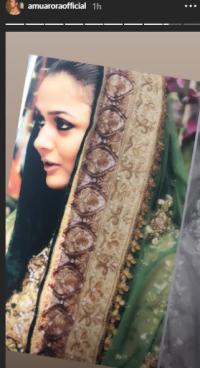 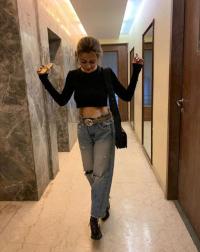 On October 20, 2020, Amrita Arora and Shakeel Ladak’s son, Rayaan turned 8 and his doting parents posted heartfelt wishes for the little one. Shakeel posted a collage and a solo picture of Rayaan and simply captioned it as “Happy birthday Rayaan” and “Happy 8th Birthday My dear Ray love you”. Amrita posted an array of pictures of her little bundle of joy and wrote, “Happy 8 our wonder boy Ray... Shine brighter than the brightest Ray of light... from here to eternity and then some more... your mama.” Malaika Arora too, took to her IG stories to wish her nephew. Amrita’s BFF, Kareena Kapoor Khan posted an IG story of her son, Taimur Ali Khan with Rayaan and Azaan. Wishing Rayaan on his birthday from Taimur’s side, Kareena wrote, “Happy birthday Rayu. Love, Tim” atop it. 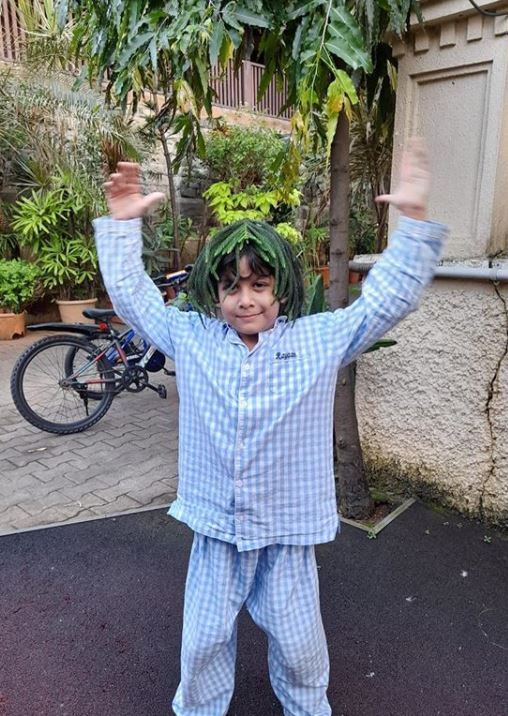 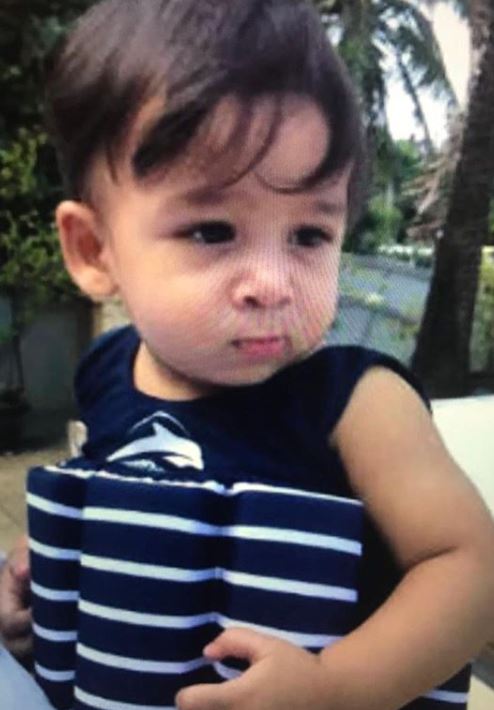 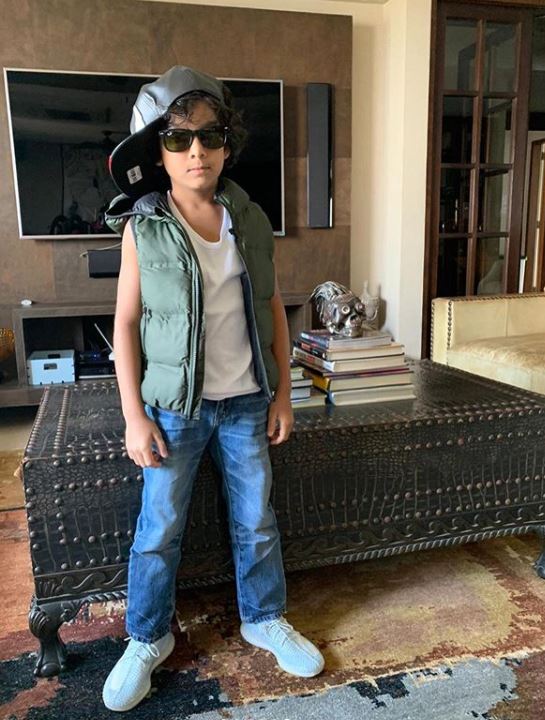 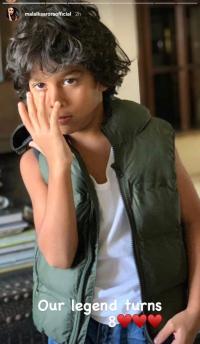 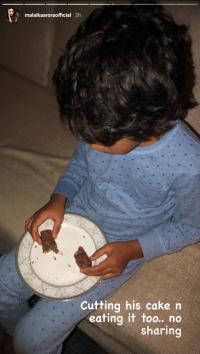 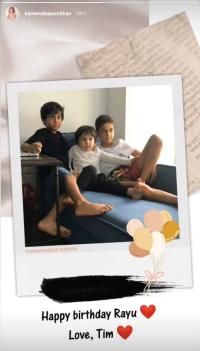 Four days before delivering her son, Rayaan, Amrita Arora had attended Kareena Kapoor and Saif Ali Khan’s wedding ceremony. According to a Hindustan Times report, a friend of Amrita was quoted as saying, "Despite doctors' orders, Amrita insisted on attending Kareena's sangeet ceremony. She insisted she wouldn't miss it for the world." Confirming the arrival of her second born, the elated mommy had said, "Yes, we've named our baby boy Rayaan. He's adorable. His name means, 'the door to paradise'. I am happy to be looking after my two boys and have no plans of returning to films." (Also Read: When Ibrahim Ali Khan Twinned With Abba, Saif Ali Khan At His Wedding With Kareena Kapoor [Pictures]) 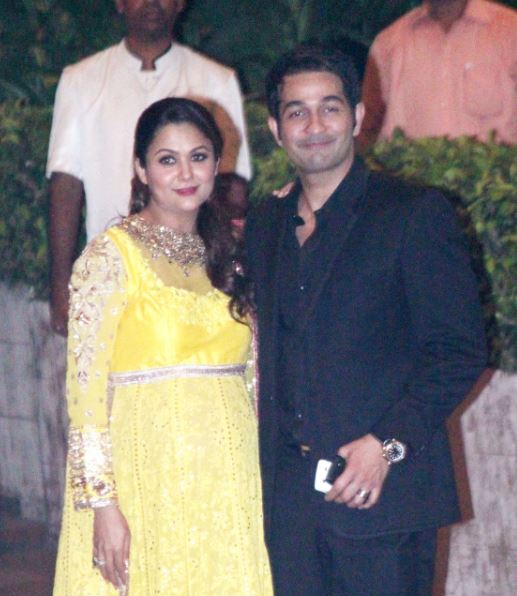 In an interview with Indian Express, Amrita Arora had spoken about what she and Shakeel Ladak enjoy doing with their sons, Azaan and Rayaan. Amrita had said, “We love watching the boys interact, reading the menu, figuring out their food preferences when we take them out, which we do very often now as they are older. We travel aplenty and the boys are conditioned to zip around as our idea of a vacation is not to lounge around in the hotel room but to go out and explore. Also, their innocence and curiosity is an eye-opener for us, too. Kids teach you so many things as well.” Revealing an important aspect, she wants her sons to grow up with, Amrita Arora had remarked, “I want them to be humble, have a sense of normalcy in their lives, like everyone else. No haughtiness. They need to be polite with everyone, from the house help to the driver.” What motherhood means to her, Amrita had retorted, “It has been a learning experience so far—an emotionally charged, beautiful, exciting experience that is consuming me, and I am enjoying it. I have learnt to be patient and follow my own instincts. I strongly believe that no book, workshop, video, person can teach you anything about motherhood. You need to make your own mistakes and learn from them, while enjoying and living out the experience.” (Also Read: Neha Kakkar Wishes Her 'Didu', Sonu Kakkar On 41st Birthday, Calls Her The Best Sister In The World) 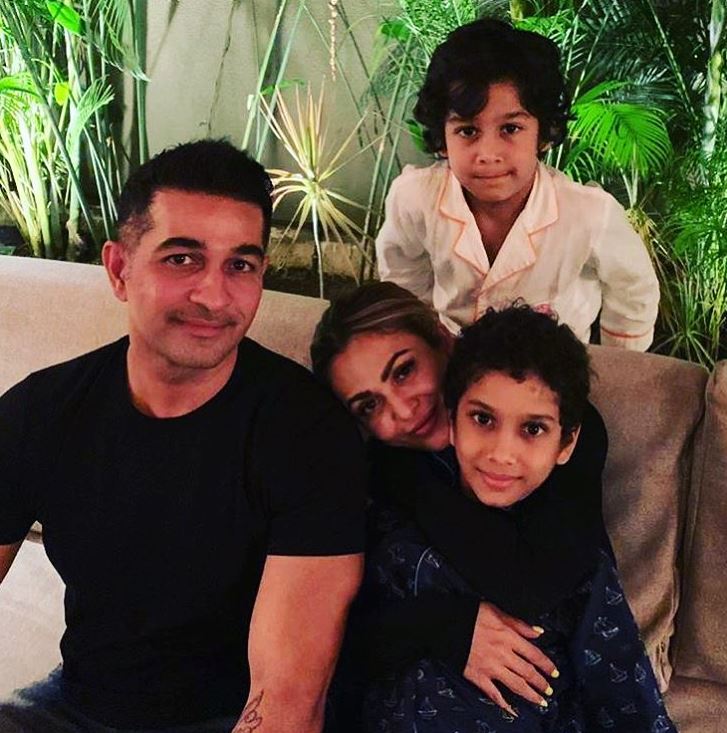