To mark Sonu Kakkar’s 41st birthday, Neha Kakkar posted an array of pictures. Wishing ‘the best sister in the world’, Neha wrote a heartfelt note for her ‘devi jaisi didu’. 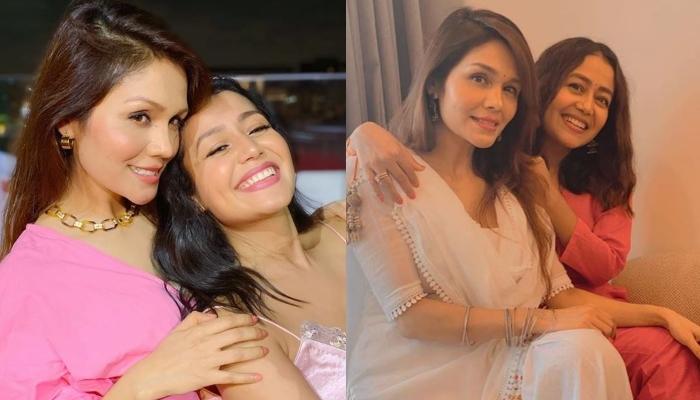 Back in 2002, a peppy song from the film, Dum, Babuji Zara Dheere Chalo became the party anthem and was played on every radio station and channel. Just like every party is incomplete without Babuji Zara Dheere Chalo being played and danced on, the music industry is incomplete without the mention of Sonu Kakkar, who made her debut with this song. In almost two decades of her career, Sonu had given innumerous chartbusters. Born in Rishikesh, Uttarakhand, Sonu’s father used to sell samosas at schools and colleges to earn a living while their mother was a homemaker. (Also Read: Neha Kakkar Shares A Glimpse Of Her 'Roka' When She Met Her Soon-To-Be-Hubby, Rohanpreet's Family)

Sonu Kakkar’s musical journey had begun years ago when she started singing bhajans in jagratas without any professional training. Soon, Sonu’s little sister, Neha Kakkar too, joined her and the Kakkar sisters formed a team to sing at jagratas for which the entire family used to travel to nearby areas for such events and return the next day. Related by blood and music, the Kakkar sibling trio, comprising of Sonu, Tony and Neha have struggled their way from the bottom to fame and success. And it’s been an inspirational journey! 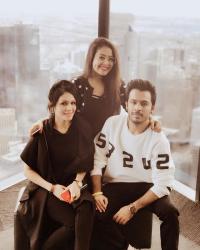 To mark Sonu Kakkar’s birthday on October 20, 2020, Neha Kakkar posted a beautiful wish for her didu with an array of pictures. Wishing ‘the best sister in the world’, Neha wrote for her ‘devi jaisi didu’, “@sonukakkarofficial Yeh Dikhti hain Babe Jaisi but hain bilkul Dev Jaisi I mean Devi jaisi! Happy birthday to my inspiration in everything. Happy Birthday to literally the best sister in the world. I love you didu.” 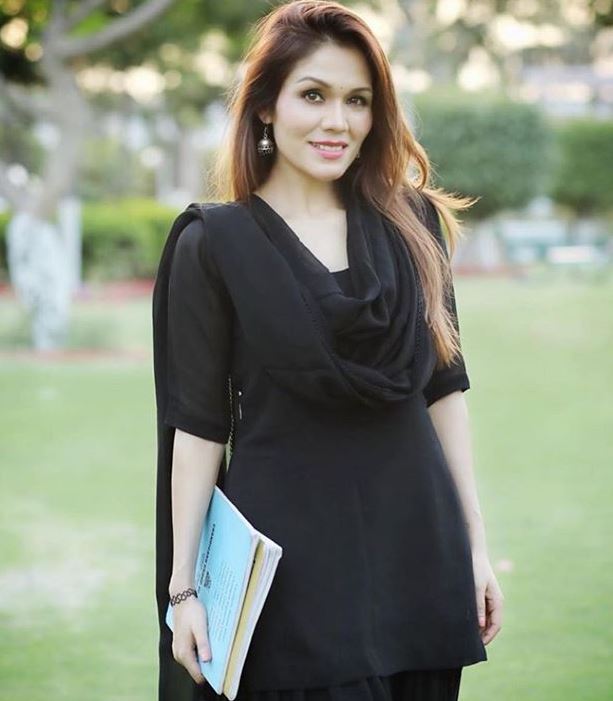 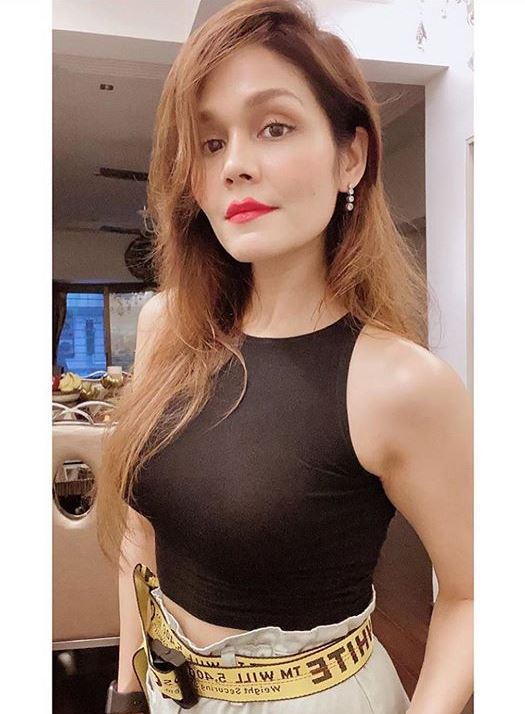 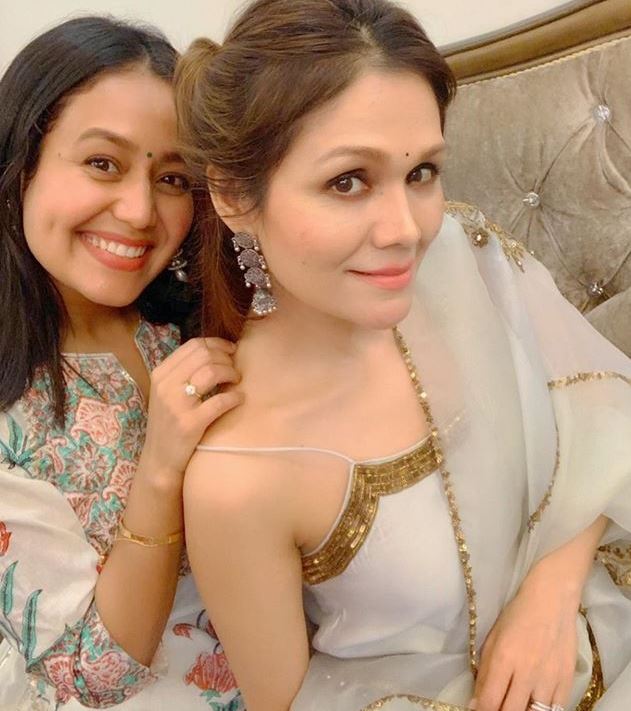 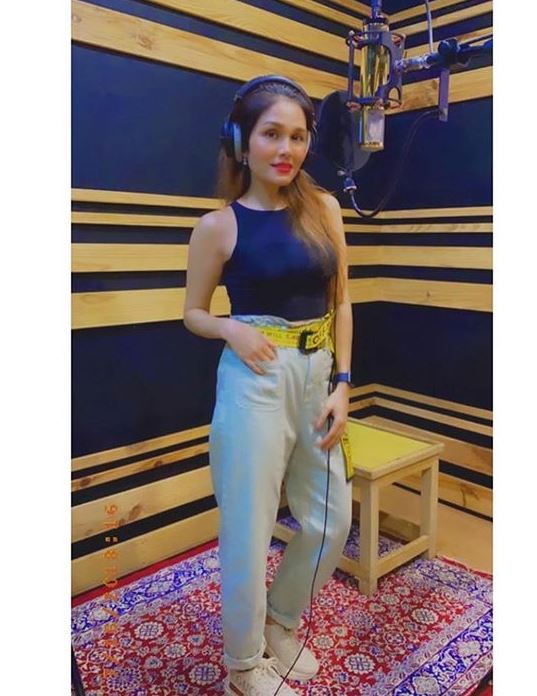 Neha Kakkar, Sonu Kakkar and Tony Kakkar are riding high on professional as well as personal front. Not only their music is hitting the blockbuster charts, but personally too, they are enjoying the taste of success. In 2019, the Kakkar siblings had bought a home and Neha had posted a heartfelt note on her IG handle, sharing why having a bungalow in Rishikesh makes her emotional. Neha had written, "This is the Bungalow we Own now in #Rishikesh and Swipe Right to see the house where I was Born. In the same house We Kakkar’s used to stay in a 1 Room inside which My Mother had put a table which was our kitchen in that small room. And that Room also was not our own, we were paying rent. And Now Whenever I see Our Own Bungalow in the Same City, I always get Emotional #SelfMade #NehaKakkar Biggest Thanks to My Family @sonukakkarofficial @tonykakkar Mom Dad Mata Rani (God).” (Also Read: Rangoli Chandel 'Seizes' Sister, Kangana Ranaut's Saree For Their Brother, Aksht's 'Badhai' Ceremony) 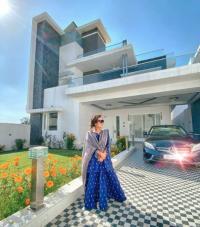 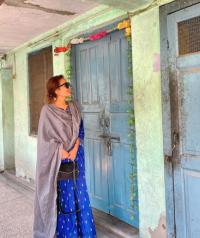 The Kakkar household is on cloud nine nowadays as there’s a wedding in the family. If the reports are to be believed, the junior one, Neha Kakkar is all set to tie the knot with her singer-fiancé, Rohanpreet Singh. As per a SpotboyE report, Neha and Rohanpreet will register their marriage on October 22 in Delhi and the wedding ceremony will take place on October 24. A source was quoted as saying, “The marriage preparations are in full swing and the duo will tie the knot on October 24 in a grand ceremony in Delhi. The invitations have already been sent out to their closed ones for attending the ceremony. However, the couple will have a registered marriage on October 22 only in presence of their family members.” Once in an interview with the Mumbai Mirror, Tony Kakkar had revealed when he and his elder sister, Sonu Kakkar had moved to Mumbai to try their luck in the industry, their little sister, Neha Kakkar would send them money from Rishikesh. Recalling their struggles, Tony had said, “Initially, only I and Sonu shifted to Mumbai, and Neha still used to perform in Rishikesh. The biggest task for us in Mumbai was house-hunting. We didn’t have enough money to buy a house so we used to stay in a small rented apartment. But the rent was skyrocketing and we have no fixed income as such. For the very first recording, Sonu got Rs 500. The amount then kept on increasing steadily and somehow we managed to survive. Neha also sent us money from there.” (Also Read: Neha Kakkar Flirts With Husband-To-Be, Rohanpreet As He Practices To Be A Good 'Jiju' Before Wedding)