Kareena Kapoor Khan is accompanied by son, Taimur Ali Khan for her shoot in Chandigarh where the duo took up mommy-son cooking classes. Taimur whipped some yummy ice-cream for his mom.

Soon after a mother gives birth to her child, her life revolves around the little one who casts his/her charm upon her and the entire family! There are some moms, who take refuge from work and devote all of their time for their child and the same is awe-inspiring. And then there are moms, who take a short sabbatical and then resume work and strike a balance between family and work-life like a pro! And both deserve a standing ovation! And the way Kareena Kapoor Khan strikes a balance between her personal and professional life is commendable! (Do Read: Mira Rajput Kapoor Finally Follows Her Calling, All Set To Start Her New Venture As An Entrepreneur)

Kareena Kapoor Khan is riding high on her professional life with heavy-budget films in her kitty. The current one being Laal Singh Chaddha, which is the Bollywood remake of cult Hollywood film, Forrest Gump. Kareena is often seen travelling to and fro between Chandigarh and Mumbai for the shoot. It was only a few days back when Kareena’s nutritionist, Rujuta Diwekar posted a picture of the gorgeous actress gorging on some makki ki roti, sarson ka saag and butter, having a mini foodgasm! Kareena Kapoor Khan, who has even travelled from Mumbai from London, just for a day to be present for her shoot and be with her son, Taimur Ali Khan had made us gape in wonderment about her super-mommy powers. The actress is often seen accompanied by her son, Taimur at her Chandigarh shoots, wherein the little patootie has utmost merry-making on the sets. The latest one has Taimur and Kareena take a baking class together by Chef Vijay Chauhan of Oberoi Chandigarh. Vicky even tweeted about the same, which contained details about what went on at the baking class. The same could be read as “It was a great pleasure to meet #kareenakapoor and #taimuralikhan and She attend cookery sessions about ice cream and cupcakes.#taimuralikhan made yummy #icecream for his Mom.” The pictures shared by Vicky on his Instagram, however, stands deleted now. 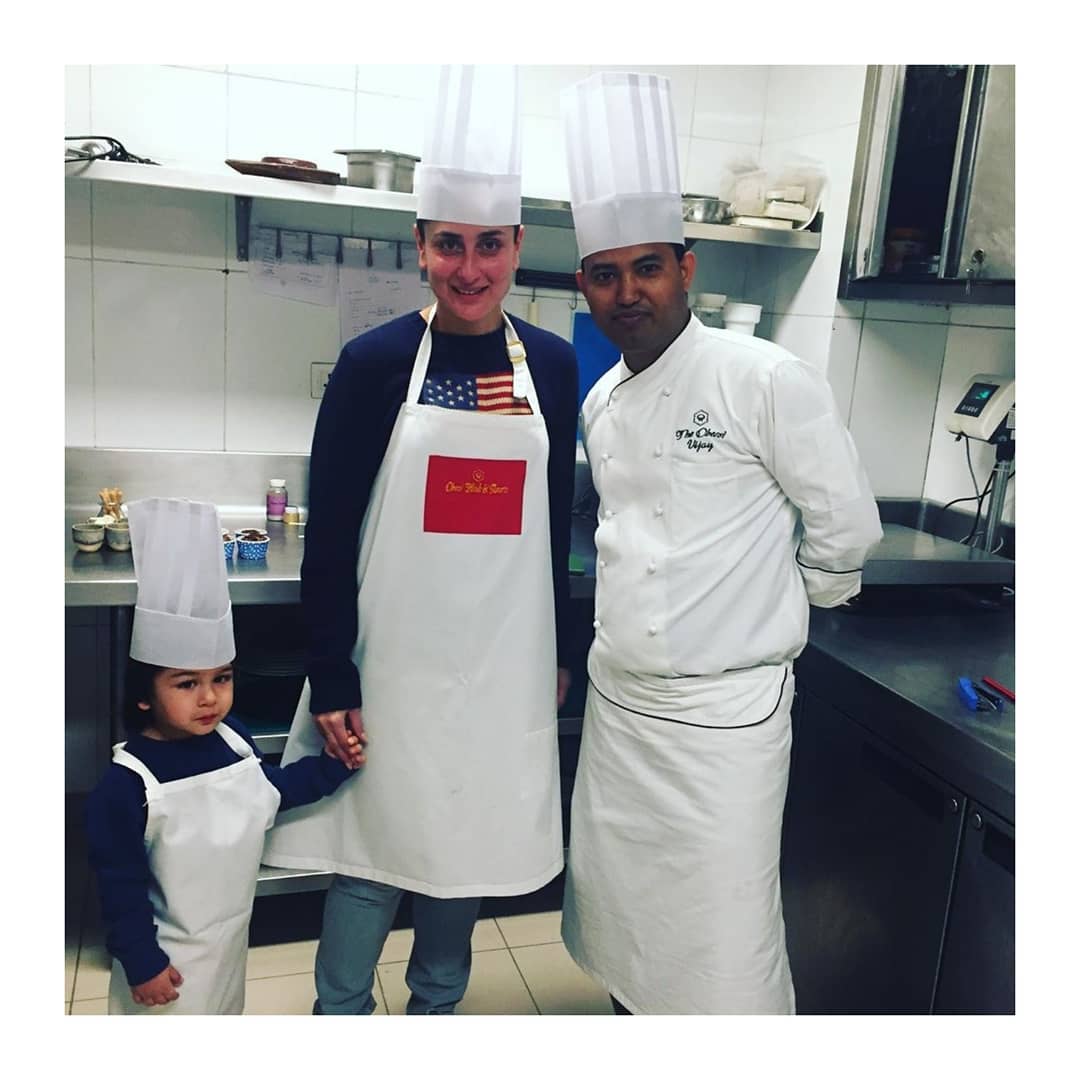 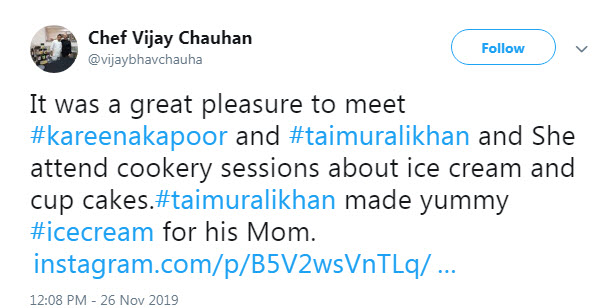 Isn’t it adorable? It was on Diwali evening that oozes of royalty had awaited us from the Ali Khan family. Kareena Kapoor Khan, Saif Ali Khan and Taimur Ali Khan had posed for a perfect family picture for an array of top-notch celeb parties that they had to attend. The trio was donned in their traditional bests for Diwali in the evening and one look at their picture had made us skip our heartbeats for a nanosecond! (Also Read: Kareena Kapoor Khan Reveals She Rejected Saif Ali Khan's Marriage Proposal Twice) A few days ago, a fan had posed with the family as they were enjoying their ‘us’ time together. The picture had Saif Ali Khan, Kareena Kapoor Khan and Taimur Ali Khan sitting at a restaurant. As the picture was being clicked, it was hilariously adorable noticing little Taimur, who couldn’t let go off his drink! As simple as they could get, Taimur was seen donned in white while his abba, Saif looked awesome in pink. And needless to say, Kareena had looked a million dollars in a white and green vertically-chequered shirt as a fan stood by her husband to click a picture. 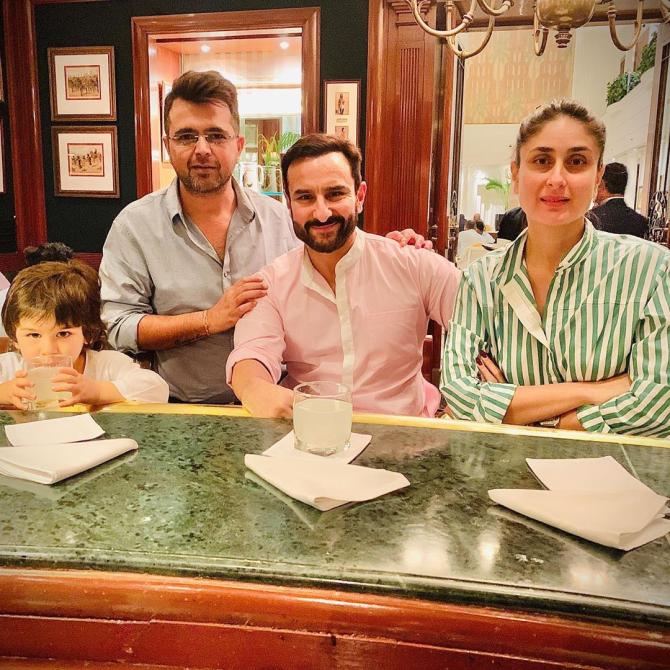 How doting a mommy Kareena Kapoor Khan is, needs no further introduction! During an interaction, Kareena had mentioned that her two-and-half-year-old son, Taimur Ali Khan is not allowed to have food at birthday parties! Revealing the main reason behind it, Bebo had shared, “Only (home-cooked food). I am hyper paranoid. He goes to birthday parties and he is not allowed to eat outside. But that’s also wrong but ya...” To which Tim’s abba, Saif Ali Khan had added, “He eats chips though.” 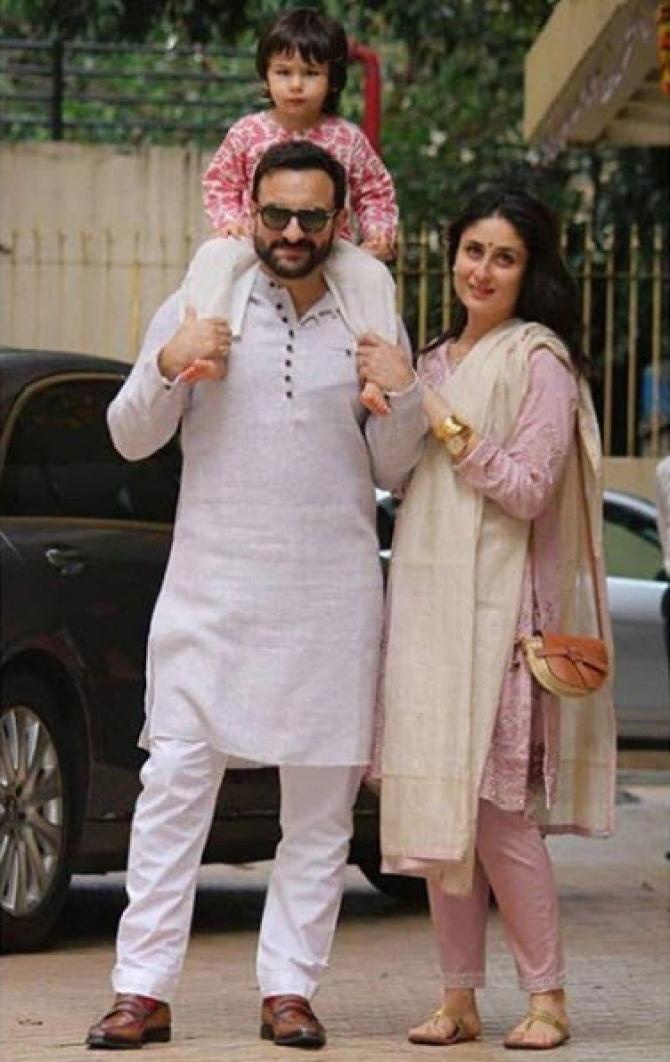 Kareena Kapoor Khan had further revealed what she serves Taimur Ali Khan, “Khichdi, idli dosa... healthy kind of home-cooked food.” She had continued, “So I sit on a plan also. Every month I alternate it accordingly. Whatever fruits and vegetables he should be eating in the month... he quite enjoys it. Today, he actually had saag (spinach) for lunch and he normally didn’t like it but I have been shoving it down his throat. So now he’s got used to it. So he actually ate the whole bowl.” (Must Read: Kareena Kapoor Khan Is Worried About Taimur Being Papped, Says He Doesn't Want To Be Clicked) 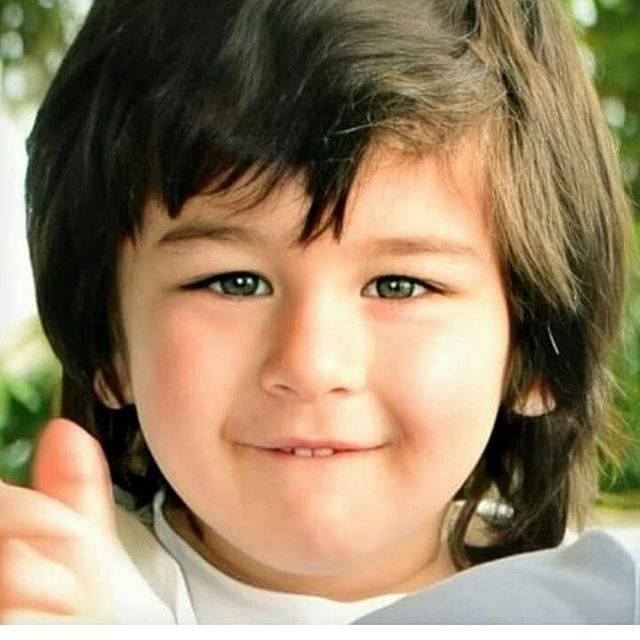 While we still wonder how Taimur-made ice-cream must have tasted, how we wish to see more pictures of the star mommy-son duo taking cooking classes together! 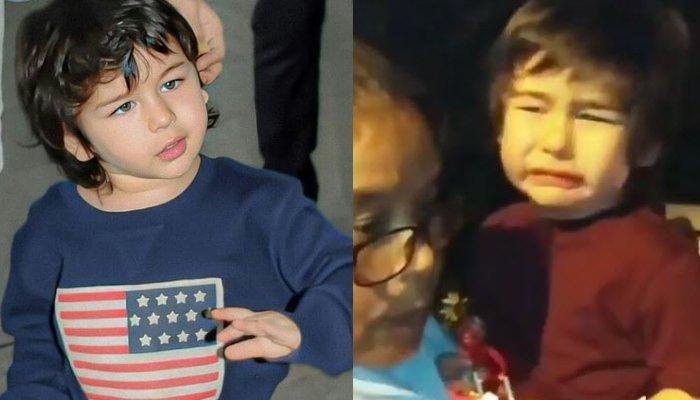 Jingle Bells, Jingle Bells… Jingle All The Way… Oh, What Fun It Is To Ride… In A One-Horse Open Sleigh- we are already halfway through December and chimes, glitter and celebratory feels are in the air! Markets filled with green pine trees, paper-light stars and modelled Santa Claus’ makes our