Though many of you might call Shahid Kapoor 'Kabir Singh' now (thanks to his stellar performance), looks like his wife, Mira Rajput Kapoor has finally decided the head start of her career. 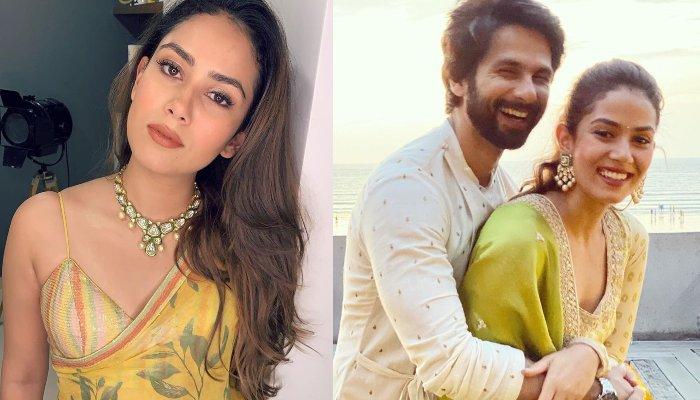 Love is a wonderful and precious feeling. The very thought of having someone who would be there with you to fight all worries solves half of your problem mystically! Having someone to take care of, the one in front of whom you can be your immature best, the one who would not judge you after you lick the Maggie leftover from the plate and the one who would wait for you to come home so that you can watch your favourite shows together, is what constitutes the relationship of husband and wife. And we bet, things are no different with Shahid Kapoor and his wife, Mira Rajput Kapoor. (Do Read: Akanksha Puri Apologised To Parag Tyagi Over Beau, Paras Chhabra's Comment On His Wife, Shefali)

It was on July 07, 2015, when many were happy but most were crying because the dapper Shahid Kapoor got married to Delhi-based, Mira Rajput in an arranged marriage setup. Refurbishing our faith in arrange marriages, it has been 4 years since Mira and Shahid have been enjoying their ‘happily married’ phase and looking at them, it only makes us have some major FOMO (fear of missing out, silly!) about not having a partner. While Mira has been a constant pillar of support and strength for Shahid in all his endeavours, looks like it is time for the latter to reciprocate!

Though many of you might call Shahid Kapoor by the name of Kabir Singh now (thanks to his stellar performance), looks like his wife, Mira Rajput Kapoor has finally decided the head start of her career. As per a latest Mumbai Mirror report, Mira is planning to start her own vegan restaurant and is actively scouting for a space in the plush locality in the Bandra-Juhu region of Mumbai. A few days back, Mira had also put up an Instagram wherein she had looked for vegan chefs. For those who were thinking that you might soon get to see her sharing screen space alongside her hubby, Shahid in films gets there’s some more waiting to it. 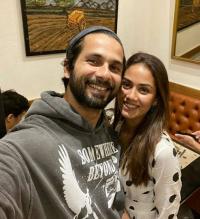 Shahid Kapoor has time and again in interviews, shared that he is in awe of his wife, Mira Rajput Kapoor. Through social media posts and captions, the 38-year-old actor droops drool-worthy comments and posts for his love and vice-versa. A recent picture posted by Mira, wherein she penned a congratulatory post for celeb skincare wizard, Dr Jewel Gamadia, looking pretty as she stood alongside him. However, it was her hubby, Shahid’s adorable flirtatious comment on his wife’s post that had made us drool! The same could be read as “Who’s that pretty girl?” (Also Read: Kajol Finally Reveals If She Would Have Married Shah Rukh Khan If She Hadn't Met Ajay Devgn)

Talking about Shahid Kapoor and wife, Mira Rajput Kapoor’s social media PDA, it was on May 16, 2019, when the former’s first wax statue at Madame Tussauds Singapore was unveiled. A super proud Mira had then shared a picture of herself, donned in a black gown, holding the arm of her ‘wax hubby’, while her ‘flesh hubby’ held hers! Sharing the picture, Mira had written, “Taking mine home but left one for you Madame”. Her witty devar and Shahid’s half-brother, Ishaan Khatter had commented on the picture, “I suspect yours is da real MVP.” Here is the image: 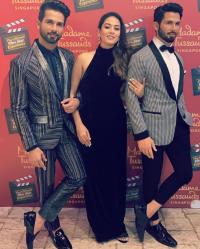 While you must have seen many pictures from Shahid Kapoor and Mira Rajput Kapoor’s Hindu wedding, there are a few pictures from Shahid and Mira’s Gurudwara wedding which are very rare. The mahurat of Shahid and Mira's wedding was 11 am when they had a simple Gurdwara wedding. With only their closest of members were in attendance, Shahid had opted for a white kurta-pyjama along with a safa, while his then-newbie bride, Mira had donned a simple a peach and green suit, with a shell maang-teeka and very minimal makeup. And now, we present to you, a rare unseen picture from Shahid and Mira’s Gurudwara wedding as they took their chaar laava (four pheras)! 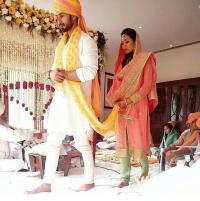 While Shahid Kapoor is riding high on the pillion of professional success, everyone has always wanted to know about Mira Rajput Kapoor’s career plans. Speaking of the same, Mira had shared in an interview, “Yes, I would love to work, especially in a field that is creatively stimulating, but also allows me time with family. Perhaps something with food or lifestyle. I do not have a deadline as I am going to have another baby and then decide.” Her hubby, Shahid is also extensively supportive of Mira in whatever decision she makes. In an interview with the GQ Magazine, Shahid had stated, “Mira, who is just 22, would prefer to have a second kid soon as well. She wants to flip the norm, get the kids to a certain age and then be free to do what she likes.” And so she did! (Must Read: Asim Riaz To Express His Feelings For Himanshi Khurana, Promises To Protect Her On The Show) 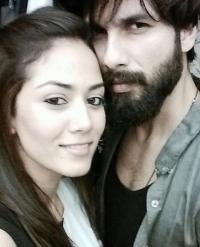 In a 2017 event, Mira Rajput Kapoor had opened up about being a homemaker and her marriage with Shahid Kapoor. Speaking about why she opted for an arranged marriage, the star wife had stated, “Why not (go for an arranged marriage)? You have to meet someone in some way! It worked for us so beautifully because both of us laid our cards in the open in the beginning. We were ourselves. There was a different kind of discovery after marriage but there was no negative surprise.” Further talking about her marriage, Mira had shared, “I understood the role I had to take and he (Shahid) understood that he had to become a part of my life. Both of us have given and taken a lot from each other and we have become more wholesome. It’s two halves that make a whole.” The lovebirds are also parents to two adorable babies, Misha Kapoor and Zain Kapoor.

Guys, aren’t we so interested to know about Mira’s latest venture? Keep us posted!

Mira Rajput Kapoor Wants To Be In A Relationship With This, Says Hubby, Shahid Kapoor Won't Mind 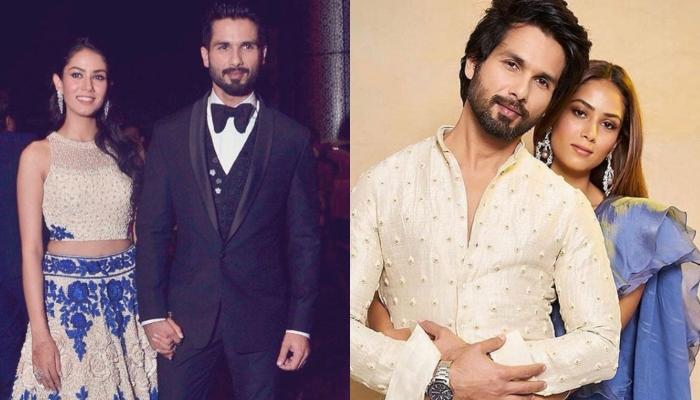 This global pandemic locked all of us in our homes. Even though we're in unlock phase 3, it is not at all safe to step out of the house. It's been almost six months now that we are practising self-isolation and social distancing and it doesn't seem that it is going to