A mere mention of the name, Taimur Ali Khan, makes the entire nation go 'awww'! Recently, we got hold of a cute video of Taimur screaming 'Aye bhai log'.

Believe it or not, but babies grow up in a blink of an eye. One day you are changing their diapers and the other, you are getting them ready for the first day of school. The day, these little human beings enter school, it is not going to be the same as your hand are always going to be full and that's the time you need to cherish as it will go away so fast. Don't believe us? Well, take the example of the entire nation's favourite star kid, Taimur Ali Khan. (Recommend Read: Janhvi Kapoor Dons A Traditional Saree At Sridevi's Prayer Meet In Chennai, Reminds Us Of Her Mom)

We still remember him as a baby wrapped in his mother, Kareena Kapoor Khan's arms in the hospital room. Within no time, Taimur Ali Khan became the entire nation's love and paparazzi became his friends when he said 'hi' to them. And looks like now, Tim's relationship with his paparazzi friends have gotten deeper as we spotted him cutely addressing them with his Mumbaikar slang. 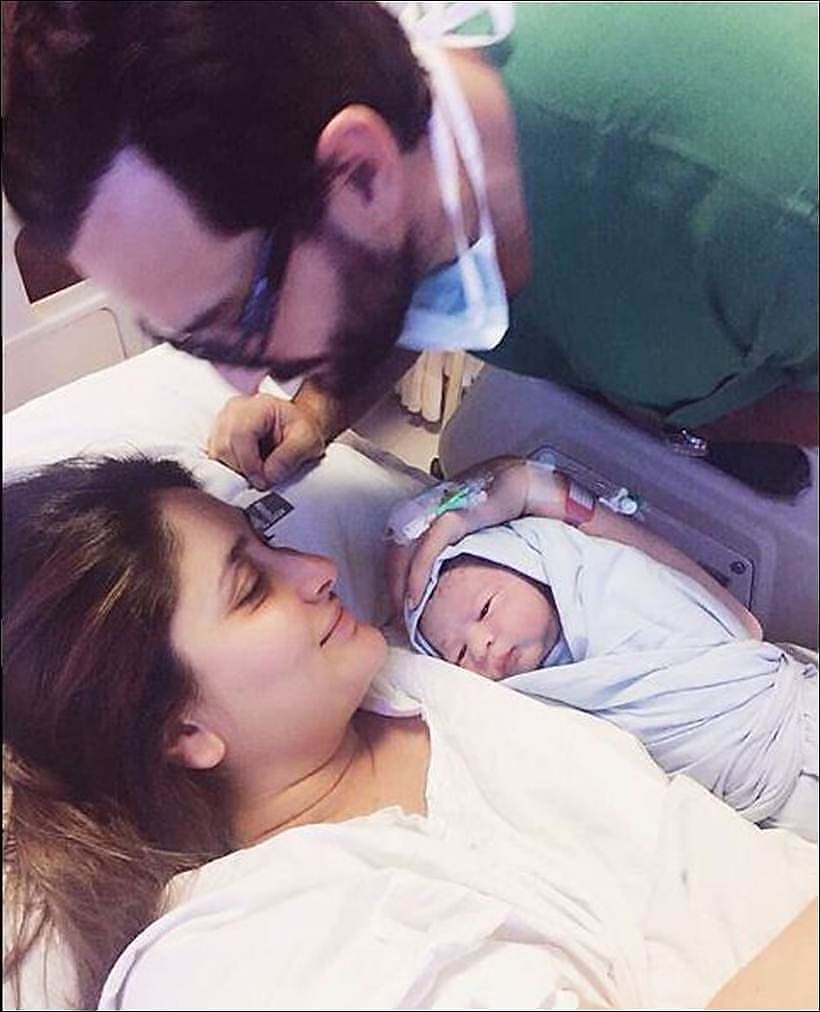 On March 4, 2020, we got hold of a video of Taimur, wherein he was in the arms of his caretaker and he cutely calls the shutterbug, "Aye bhai log." While Kareena tried hard not to show her reaction, Babita is seen smiling at Taimur's cuteness. Check out the adorable video below:

A few days ago, we had spotted Taimur trying his hands-on gardening. The three-year-old looked super adorable as he had donned a white apron and was seen cutely cutting leaves and grasses. (Also Read: Taimur Ali Khan Calling Out Puppies As He Hangs Out With Kareena Kapoor Khan, Babita Is Paww-dorable) Last month, Taimur had accompanied his parents for a brand shoot. Hairstylist, Yianni Tsapatori had shared a video from the shoot in which Taimur could be seen helping him out in handling the hair blower in order to make Kareena’s hair blow gently with the breeze.

Earlier, in an interview with the Mumbai Mirror, Saif had shared what he wants for his son, Taimur. He had said, "I can only hope he’ll take it as it comes and develop a certain humility. Like Taimur, I too am lucky to be born a Pataudi, go to Winchester College, get work in the industry when there were others who were brighter and more talented. It was a privilege whose worth I didn’t understand then. Hopefully, my son will be more conscious and conscientious. There’s something special about him." (Don't Miss: Kareena Kapoor Khan Reveals One Important Advice Hubby, Saif Ali Khan Gives Her About Choosing Films)

Well, we love Taimur's cuteness! What about you?