From the moment you hold your little munchkin into your arms for the first time to the day when you prep to celebrate his/her birthdays, everything seems to fly by in the blink of an eye. The surreal feeling of watching your little one growing into a perfect gentleman/lady is just beyond explainable. The feeling can only be felt and not expressed by any of the parents, ask them which one of the memories of their kid is their favorite and memorable and they will be confused and wouldn’t be able to pick one. Such is the love of parents for their kids! (Recommended Read: Neha Kakkar Remembers Her Ex, Himansh Kohli On The Reality Show, Sings 'Channa Mereya' For Him)

When Saif Ali Khan and Kareena Kapoor Khan had announced the news of Bebo's pregnancy, we were not able to keep our excitement under control. We wanted the nine months to get over as soon as possible so that we could get a glimpse of chote nawab. And that lucky day had come when Nawab of Pataudi, Saif, and his Begum, Kareena had graced the balcony of their Mumbai residence with their little wonder wrapped up in Saif’s arm safely. Taimur Ali Khan, who had become an overnight internet sensation has been ruling our hearts with his vivacious smile and royal mannerism. On December 19, 2019, chote nawab, Tim’s parents hosted a Christmas-themed birthday bash for him. On December 20, 2019, little Tim, turned three and was showered with love and well-wishes from his family and friends. Taimur’s birthday bash pictures have been flooding the internet and we just can’t keep our eyes away from little, Tim’s cuteness. In one of the videos that have gone viral on the internet, we could see little, Tim eyeing his Christmas-themed birthday cake, while his parents help him in cutting the same. Take a look at the adorable video:

Kareena Kapoor Khan and Saif Ali Khan had hosted a Christmas themed birthday bash for Taimur Ali Khan on December 19, 2019, wherein his little friends including Yash Johar, Riaan Deshmukh, Rahyl Deshmukh, Tim’s cousin sister, Inaaya Naumi Kemmu, graced the celebrations. For the party, Kareena made heads turn in a black and white polka dot dress matched with black shades and white sports shoes. Saif, on the other hand, sported a grey tee with denim jeans and white sports shoes. It was the birthday boy who stole our hearts in a stylish black tee with white pants and brown boots. (Suggested Read: Karan Patel And Ankita Bhargava Announced The Arrival Of Their Baby Girl In A Special Way)

The Times of India report had earlier revealed Taimur Ali Khans birthday plan. The report had stated that Kareena Kapoor Khan had revealed her son, Taimur Ali Khan's third birthday plans. The doting mommy had shared that her little patootie has also placed an adorable demand for his birthday, "Taimur’s birthday plans, we are going to be here (in Mumbai). I’ll be promoting the film and Saif is here. We will be spending time with the family. He will have a small little get together with 8-10 of his friends. He definitely has demanded two cakes and not one. He is a Kapoor (laughs). He is like, ‘I want two cakes. One Santa and one hulk’. I said, ‘Why two?’, he is like ‘Two!’" And the doting parents did fulfill their little one’s demand and got him a Santa-cake for his birthday bash.

Taimur Ali Khan is everyone’s favorite and on his third birthday was showered with wishes from everyone. His massi, Karisma Kapoor took to her Instagram and posted a happy picture with Taimur and captioned it as “Birthday Munchkin.” His half-sister, Sara Ali Khan posted some throwback pictures to wish her cutie-pie little brother. From Sara and Ibrahim enjoying cute antics of baby Tim, feeding her little brother to making him pose for the picture, big sister’s wish is the best way for the birthday boy to kickstart his morning with. Along with the post, Sara wrote, “Happiest birthday little Tim Tim #munchkin #cutiepie #birthdayboy.” 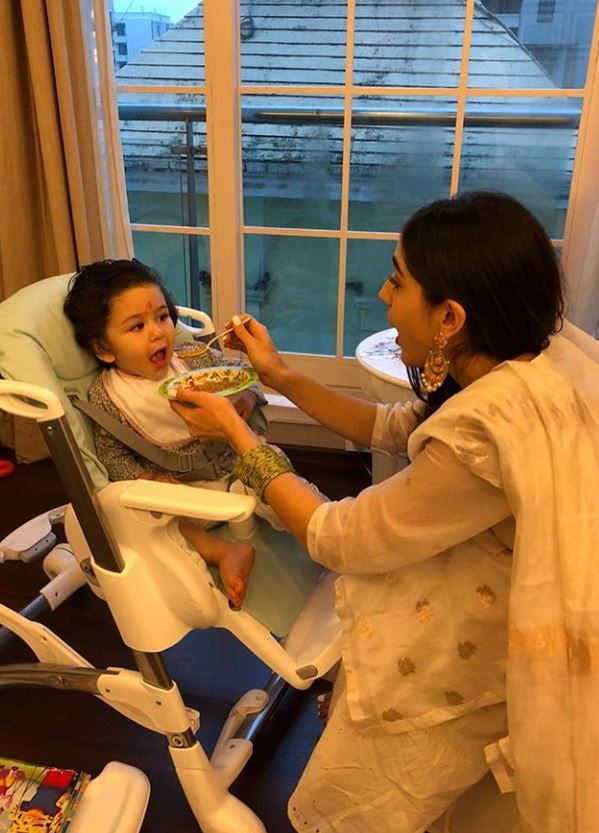 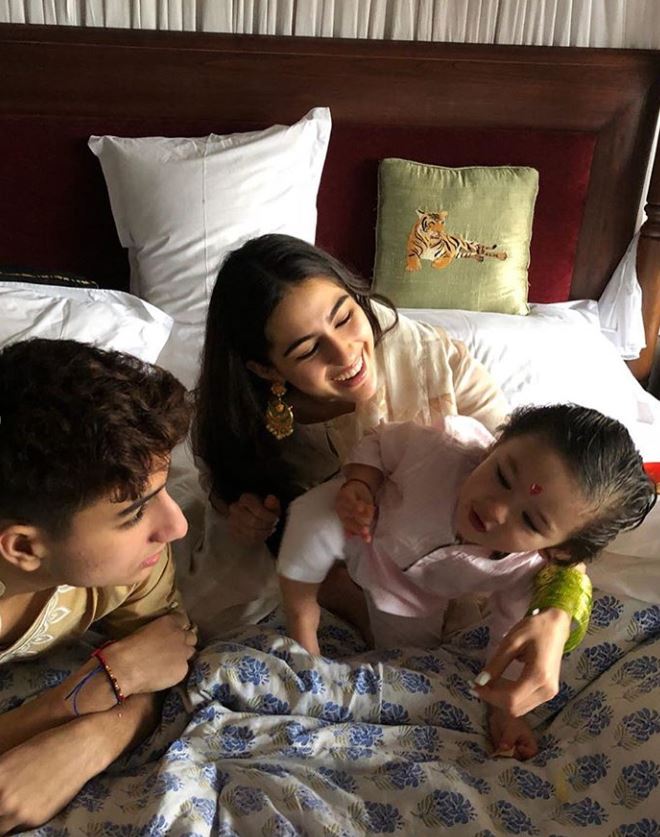 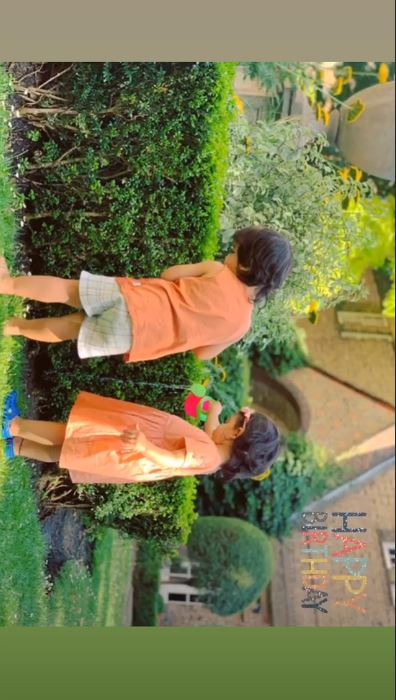 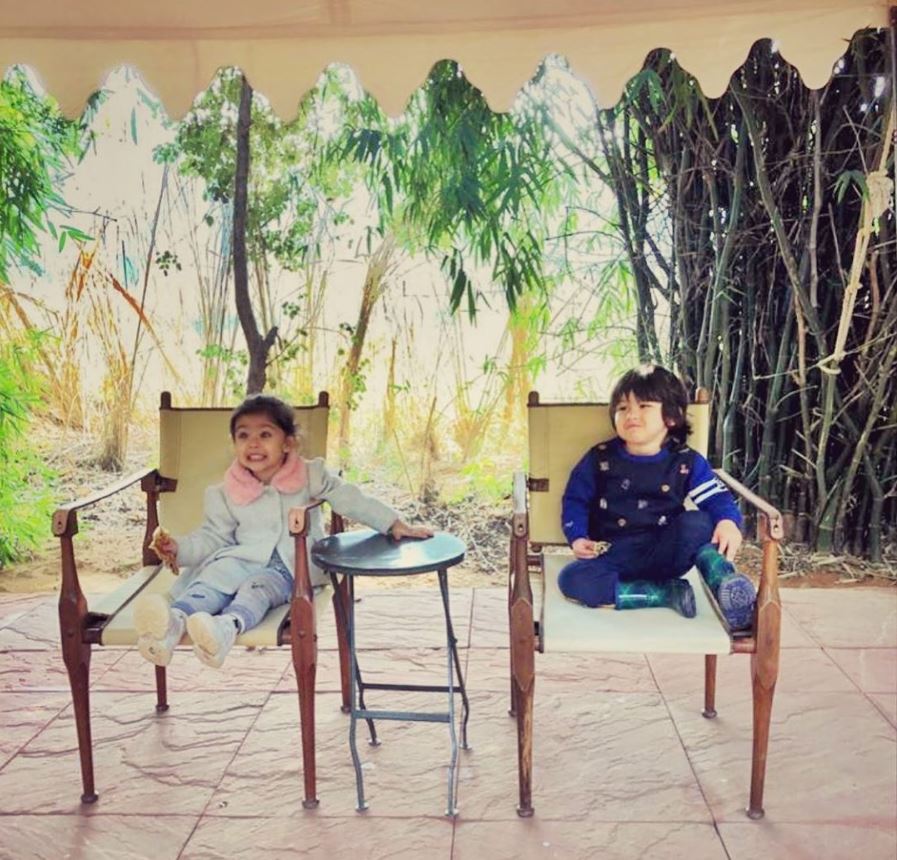 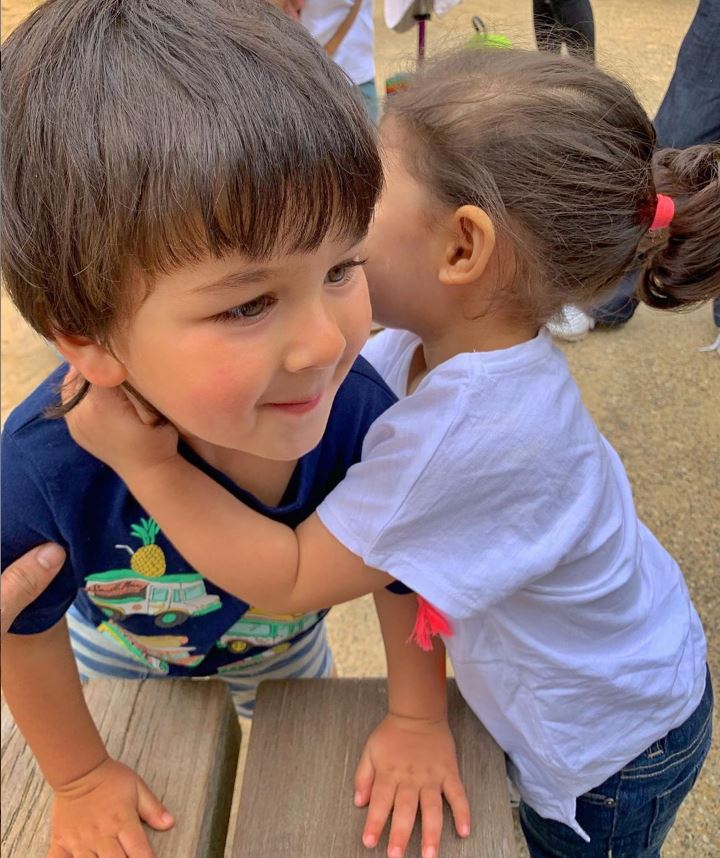