The 'Shahenshah' of Bollywood, Amitabh Bachchan is an idol of many millennials, who aspire to be in Bollywood. Recently, Amit ji shared an unseen video with Harivansh Rai Bachchan, Teji and Jaya. 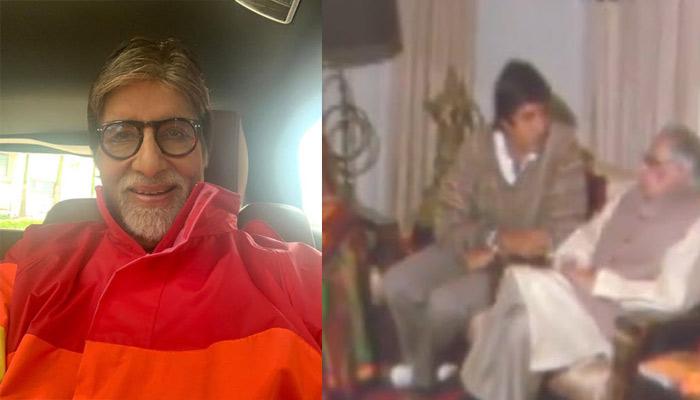 A father is always an idol for his kids as they look look up to him for guidance, moral, and emotional support. For the kids, their father is a superhero, who will protect them from all the evils and will not let anything happen to them. A father will always believe in you when everybody is against youy, doubting you and your potential. He is somebody, who will see the brighter side of the story and will guide and motivate you to follow your dreams. The same thing had happened with the Shahenshah of Bollywood, Amitabh Bachchan. He was born to legendary Indian poet, Harivansh Rai Bachchan and Teji Bachchan and went on to become a megastar of Bollywood. (Recommended Read: Ex-Bigg Boss Contestants Ashmit Patel And Maheck Chahal Call Off Their Engagement, Details Inside)

Harivansh Rai Bachchan was a renowned name in the Indian film industry when his son, Amitabh Bachchan wanted to try his luck in the industry. Harivansh ji stood with him as a constant support system and guided him and helped him with the pros and cons of the industry. Amit ji had started his career as a voice-over artist and had made his Bollywood debut with the movie, Saat Hindustani. His father, Harivansh ji had remained to be his constant support system when Amit ji had faced a lot of flops at the beginning of his career. Harivansh ji was constantly guiding him and finally, Amit ji had tasted success in the year 1973 with the movie, Zanjeer. 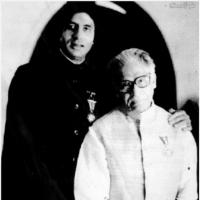 Amit ji loves to reminisce his good old days and share them with his fans and followers, either through his blogs or social media handles. Just like his father, Amit ji too is fond of Indian poetry and has been spotted reciting the same at various occasions. His father’s poems are his personal favourite and we have seen him sharing the same on his account. Recently, a fan page (Moses Sapir) of Big B shared an unseen video of Amit ji with his father, Harivansh Rai Bachchan, mother, Teji Bachchan and wife, Jaya Bachchan. The video was reposted by Big B and he wrote, “Such moments .. loved and lived again and again.”

such moments .. loved and lived again and again https://t.co/Pjwivg8gzf

On January 10, 2020, Amit ji had taken to his Twitter handle and had shared an unseen picture with his father, Harivansh ji and had written a few lines from his poem. The same could be read as “They say the stars they sing; I put my ears to the skies heard nothing from countless throats of the sky; heavens they hear this song, we on earth know but this; all we get are dew drops as silent tears from above.” (Suggested Read: Arpita Khan Sharma Shares A Cute Cuddling Picture With Newborn Daughter, Ayat And Son, Ahil)

In November 2019, when Amit ji was shooting for his show, Kaun Banega Crorepati, he had shared an incident and revealed how his father, Harivansh ji had reacted when he had failed a film contest. Recalling the incident when he had given seen an advertisement for the auditions for the movie, Saat Hindustani, he had revealed, “I was working in Kolkata when I happened to see an advertisement on a newspaper which stated that the winner of the contest would get an opportunity to work with renowned producers from the industry. I felt it was a good opportunity and I applied for the same. However, I didn't receive any correspondence from them.”

Amit ji had further narrated how he had shared the result of the opportunity with his father, “One day while chatting with my father, I mentioned about this opportunity and how I failed. He said to me - 'Beta agar kisi ghar ke andar ghusna ho, aur darwaza ho bandh, toh deewar phand kar andar jaana chahiye!'" 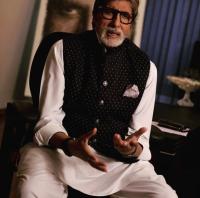 In the year 2014, Amit ji had taken to his blog and had paid homage to his father on his 107th anniversary. He had recalled that his father, Harivansh ji used to believe that he was his grandfather’s incarnation. Narrating the same incident, he had written, “When I was in my mother's womb, and not due for a while, he had a dream one night, where his father came and told him to get up and tend to my Mother for she was in delivery, and that a son was to be born, he got up in a start and found my Mother's side of the bed empty - she having gone to the wash room, with extreme labour pain. Within hours I was born.” (Must Read: Javed Akhtar Talks About Son, Farhaan Akhtar's Marriage Rumours With Shibani Dandekar) 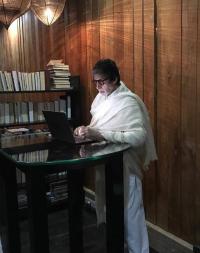 We love the 'good old day's' video that Amit ji shared! What about you?