Childhood pictures of 'Taarak Mehta Ka Ooltah Chasmah' stars like Dilip Joshi, Shailesh Lodha, Munmun Dutta, and others are simply jaw-dropping and worth a look. Details inside!

The iconic television show, Taarak Mehta Ka Ooltah Chasmah is the second-longest-running sitcom after Pavitra Rishta in India. The Hindi show is based on renowned late Indian columnist, Tarak Janubhai Mehta's weekly column, Duniya Ne Undha Chasma, in Chitralekha magazine. The show had aired for the first time ever on July 28, 2008, on Sony SAB.

Over the years, we have seen many actors coming into the show and making it better than before. While some are still there, some have bid farewell to show. Some of the most notable stars of the show include the likes of Dilip Joshi (Jethalal Gada), Disha Vakani (ex-Daya Jethalal Gada), Amit Bhatt (Champaklal Jayantilal Gada), Shailesh Lodha (Taarak Mehta), Munmun Dutta (Babita Krishnan Iyer). There is no denying the fact that we all are in love with the show's entire cast, but you'll be stunned to see their transformation as we come across their rare childhood pictures. 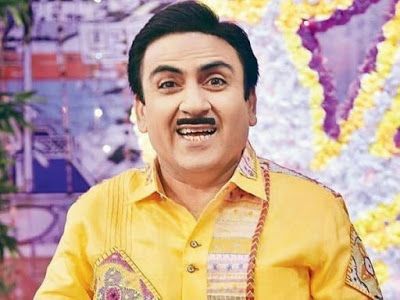 Dilip Joshi had started his acting career with the film, Maine Pyar Kiya, in which he had portrayed the role of Ramu. After which, he had appeared in many Gujarati dramas and Hindi television shows. But it is his portrayal of Jethalal Champaklal Gada in the sitcom, Taarak Mehta Ka Ooltah Chasma, which made him a household name across the nation. 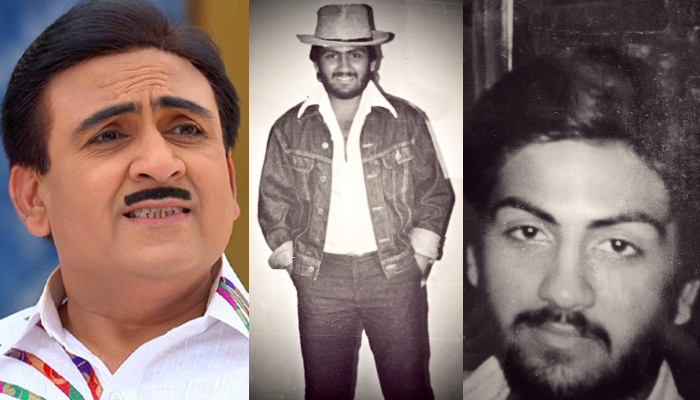 The actor is often regarded as the show's backbone because of his tremendous acting prowess. However, despite playing this character in all these years, Dilip Joshi has never taken his character for granted. Time and again, he tries to explore more layers of his character to keep the audience hooked to his acting. 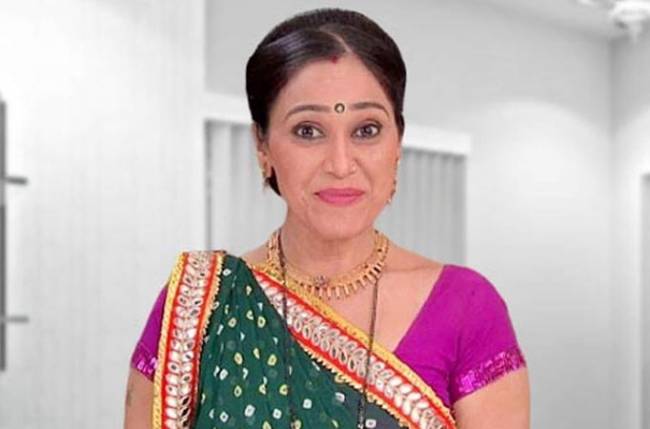 The supremely talented actress, Disha Vakani had portrayed the character of Daya Jethalal Gada for the first time in 2008. However, it was in November 2017 when Disha Vakani had temporally waved goodbye to the show for her maternity break, which got extended into a gap of 2 years. However, sadly in March 2021, according to a report in Koimoi, Disha Vakani has permanently quit the show. The report has shocked the massive fanbase of TMKOC, who were anxiously waiting for Disha's return on the show. Television actor, Bhavya Gandhi is renowned for portraying lead characters, Jethala Gada and Daya Jethalal Gada's son, Tipendra Jethala Gada a.k.a., Tapu in the show. The actor had started playing the character since the inception of the sitcom in 2008. However, sadly in 2017, Bhavya had left the show, reportedly stating that he wants to grow as an actor, but the makers of the show are not giving much importance to his role. After his departure, Tapu's character is being portrayed by Raj Anadkat in the show quite brilliantly. Although, there's no doubt that Bhavya will always be missed for his contribution to the show. 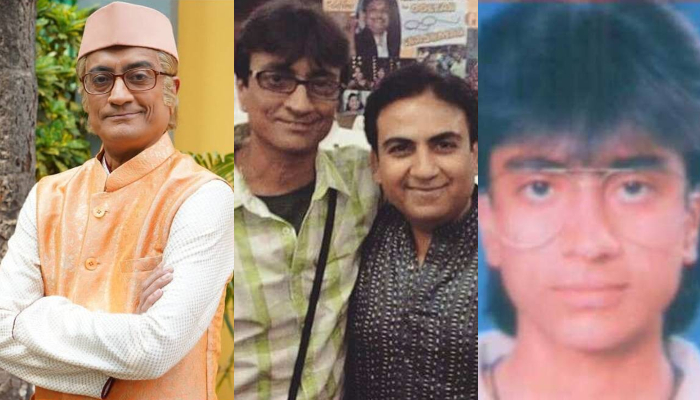 Amit Bhatt's character, Champaklal Jayantilal Gada, is inarguably the most loved character of the show, Taarak Mehta Ka Ooltah Chasma. Whether we talk about his fights with his son, Jethalal or his hilarious moments with other characters in the show, it's hard to imagine the show without Bapuji's presence. 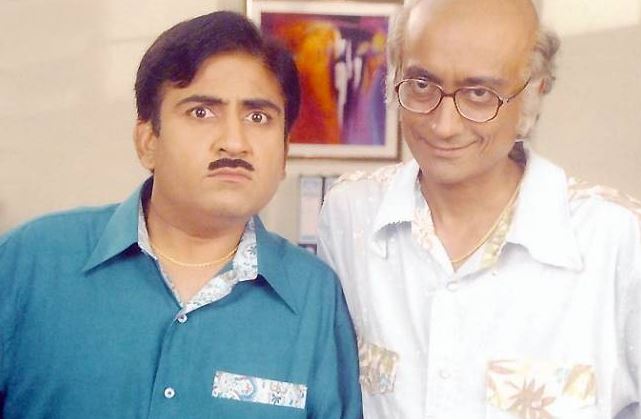 However, not many are aware that Amit Bhatt is younger than Dilip Joshi, who portrays the character of his son, Jethalal, in the show. While on one side, Dilip is of 53 years, Amit is 47-year-old, but not for a second on the screen; Amit looks younger than Dilip, and its credit goes to his impressive acting skills.

You May Like: Dia Mirza, Neha Dhupia And 8 Other Celebs, Who Got Massively Trolled For Announcing Their Pregnancy 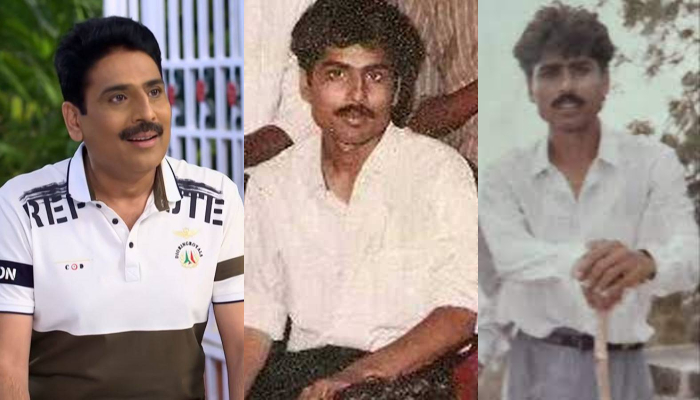 Television actor, Shailesh Lodha is a renowned Indian comedian, poet, writer, and actor. The supremely talented actor is famous for his acting in India's longest-running sitcom serial, Taarak Mehta Ka Ooltah Chashmah, which had made him famous. Shailesh plays the character of Taarak Mehta in the show, who is the lead character, Jethalal Champaklal Gada's best friend. 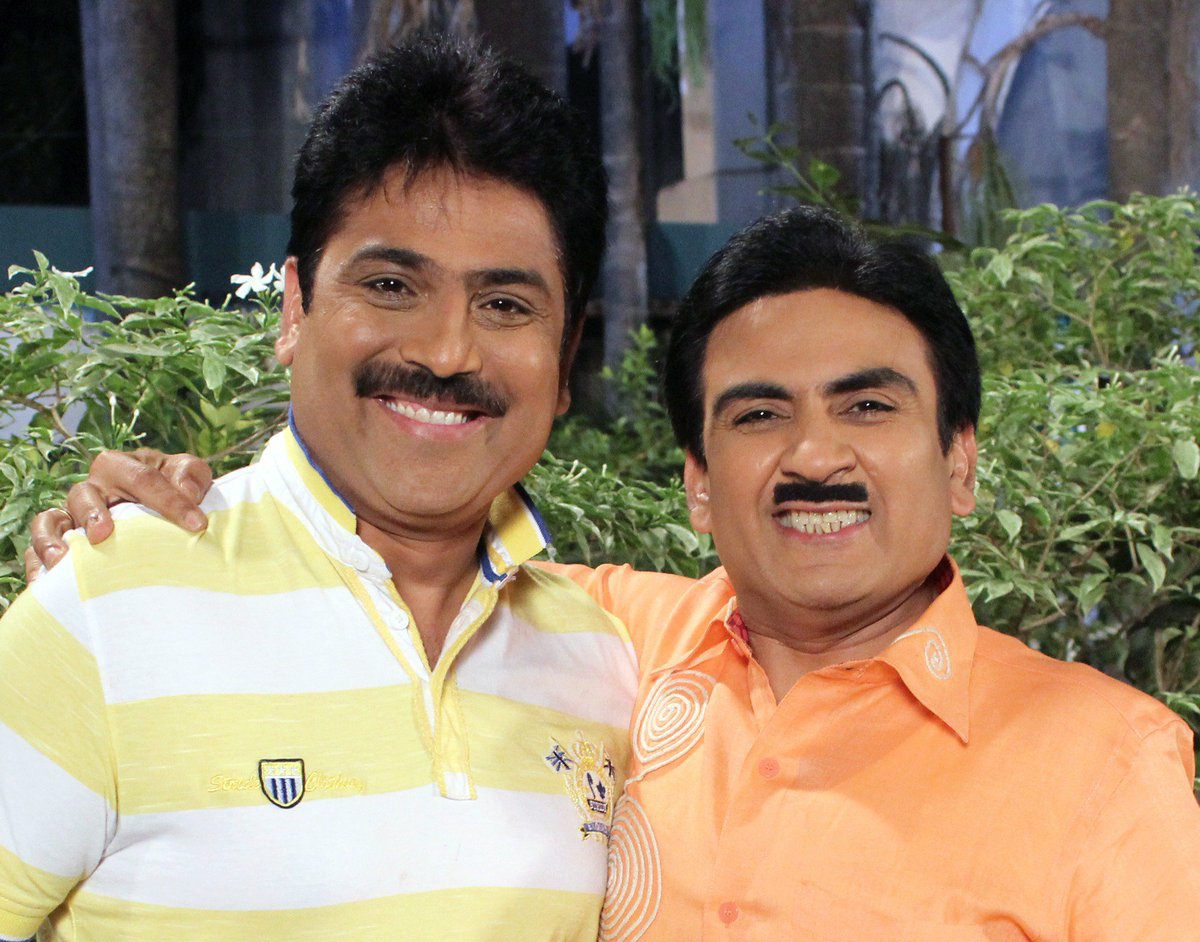 A few months ago, reports were rife that Shailesh Lodha and Dilip Joshi are indulged in a rift, and there are chances that one of them could leave the show soon. But just within a few weeks, Shailesh Lodha, in an interview with Dainik Bhaskar, had refuted all the reports of a possible fight between him and Dilip. 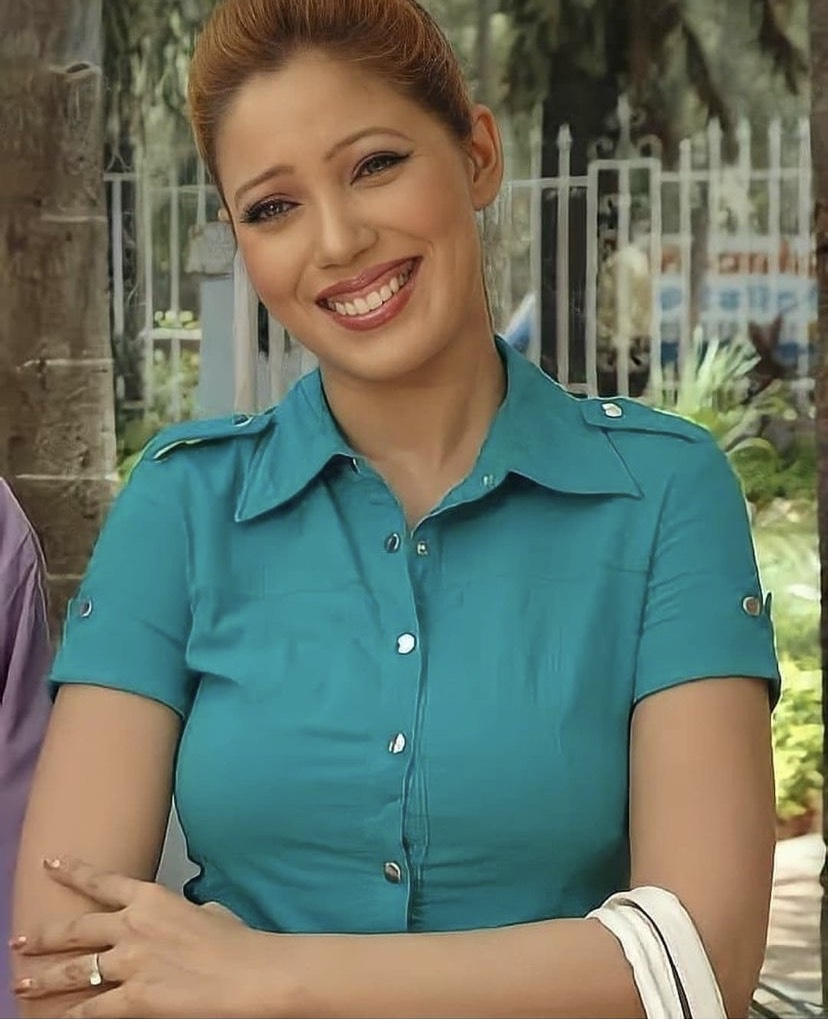 Indian actress, Munmun Dutta is one of the most glamorous characters of the show, Taarak Mehta Ka Ooltah Chashmah. The gorgeous actress portrays the character of Babita Krishnan Iyer in the show and is loved for her cute and lovely antics in the show. 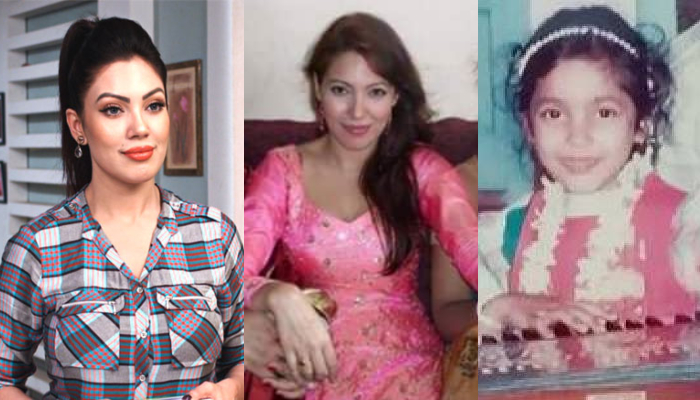 However, not many know the fact that the actress had started her career in the entertainment industry as a model and had participated in many fashion shows during her stay in Pune. The actress had made her debut in television with the show, Hum Sab Baraati. Another secret about Munmun Dutta is that she used to perform as a child artist in Doordarshan and Akashvani. 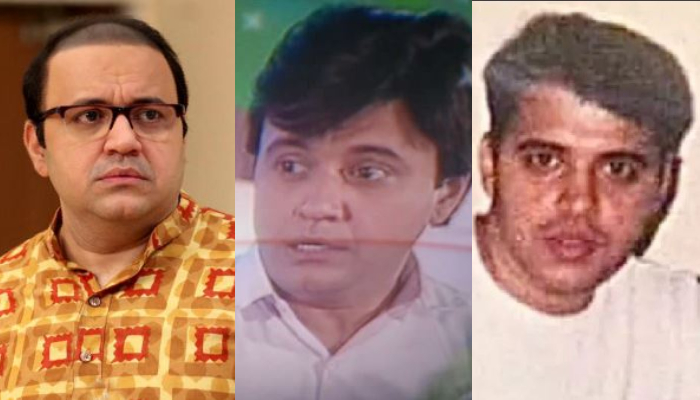 Sonalika Joshi portrays the character of Aatmaram Tukaram Bhide's wife, Madhavi Bhide, in the show, Taarak Mehta Ka Ooltah Chashmah. The actress helps her family and husband, Bhide, in running their family by running a small home business of selling papad and pickle in her neighbourhood. In the show, they also have a daughter named Sonalika, aka Sonu, whose character is portrayed by Palak Sindhwani and previously by Jheel Mehta in the show. 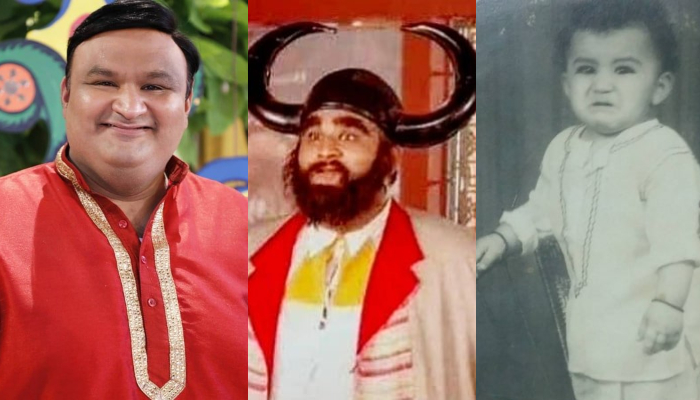 Popular television actor, Nirmal Soni portrays Dr Hathiram in Taarak Mehta Ka Ooltah Chasmah and is loved by everyone, both inside and outside the show. The actor was already a well-established name in the entertainment industry after his much-loved role of Dholu in the iconic Indian superhero show, Hero - Bhakti Hi Shakti Hai. 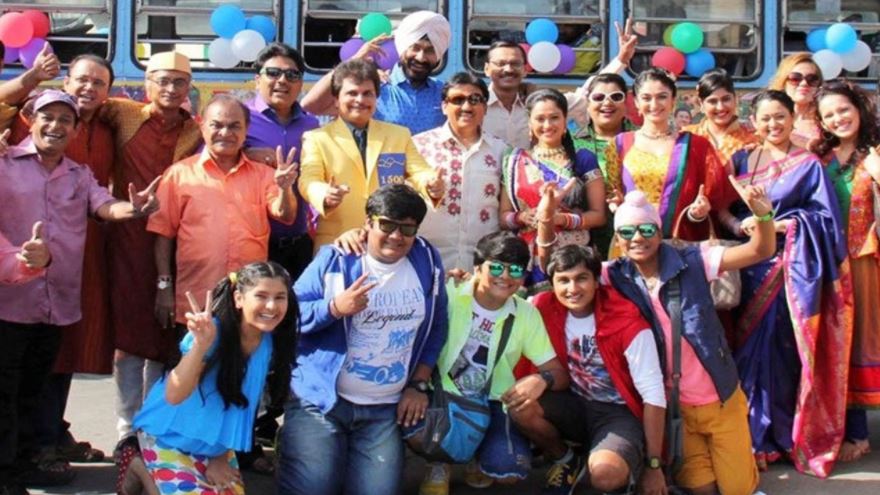 In all these years, the show has become a part of every Indian's life, and it's hard to imagine a family dinner without 'Taarak Mehta Ka Ooltah Chasmah' being running on our television sets.