During an interview with Rajeev Masand, Sushmita Sen shared that on her daughter, Renee’s 18th birthday, she had asked her to open an envelope which contained information about her biological parents. Sushmita Sen is undeniably a power woman who is 42 years old and is a single mother to two of her darling daughters- Renee and Alisah. From winning the Miss Universe pageant to reigning in Bollywood, Sushmita Sen has come a long way in her life and career. Currently, she is dating a 27-year-old model, Rohman Shawl with whom she shares a lot of pictures on her social media. (Don't Miss: Amy Jackson Gives A Glimpse Of Her Unborn Baby Through Sonography Session, Video Inside)

Sushmita Sen had adopted her first baby girl, Renee in the year 2000 and second baby girl, Alisah in 2010. Renee turned 18 this year and in fact, both her daughters, have also accepted their mother’s boyfriend, Rohman Shawl with their hearts. Recently, Sushmita Sen was interviewed by film critic, Rajeev Masand for the web-segment, Women We Love. 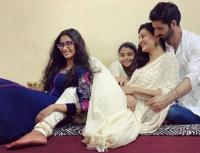 Sushmita Sen candidly replied that she has given full freedom to Renee that after she turns 18 (which she did recently), and becomes an adult, Sushmita herself will help her daughter to seek out who her biological parents are if she wants to. Sushmita Sen was quoted as saying, “I told her that we don't know if they have a biological parents name in there right but there is information in that envelope which is only rightfully yours after you turn 18, right, so I didn't want to give her the wrong information because I don't want her to go there and get her heart broken because they don't have that information about a lot of kids. But I told her 'I'll take you whenever you're ready we must go' and we get it so she said ‘but why do you want me to go find out’, so I said, ‘I am saying you have a right, now that you are an adult to go if you want to go, I'll take you.' So, she gave it a bit like a moment's pause and said, 'Honestly, no I don't want to find out.' I told her, ‘If you do let me know.’” (You May Like: Soon-To-Get Married, Ankita Lokhande And Vicky Jain Attend Baba Siddique Iftar's Party, Pics Inside).

Sushmita Sen further added that she had told all of this to Renee when the latter was 16 and the doting mommy also shared how her daughter reacted to this conversation when recently turned 18, “I didn't tell her that at 18 actually, I told her that on her 16th birthday huh that now in two years this will come up right, so you can get excited if you want to know and all of that.; By the time she was 18, she was looking at me like 'what's your problem, why do you want to do all these things, I don't want to know’.” 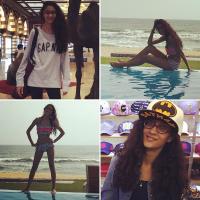 Sushmita Sen also concluded by saying the reason she wants Renee to find out about her biological parents is that her daughter should not feel rejected at all, “So no touchwood but yeah, I still have this, I don't know, I just I think, I would feel a lot happier knowing that my daughter is secure enough to want to see it, yeah she should see it right you know because there could be information in it that might help her you know for any subconscious thoughts that might have lived with her.” 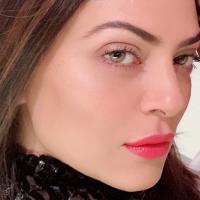 Sushmita Sen further added, “I have done my level best with both my kids for them to never suffer the feeling of rejection because I knew that that is the one feeling they would probably be growing up subconsciously where that someone rejected me, even if I (Sushmita) accepted, that someone rejected me. I have done my absolute best to ensure that hasn't happened but you never know sure so if you feel that I have that and I'm comfortable finding out, you should exercise it that's the way I see it.” 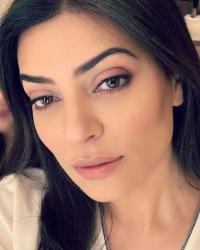 Sushmita Sen’s daughter, Renee turned 18 recently and in fact, she also voted in the recently concluded Lok Sabha Elections for the first time. Proud mommy had shared the following picture from outside the polling station and had adorably captioned it as, “Today I feel proud knowing Renée initiated her journey of being a responsible citizen, one who participates in due process of Democracy, celebrating the love of her country & investing in its future!!! I am blessed to see the excitement of my little Alisah, who can’t wait to have her turn!!!Way to go girls!!! #wevoted #anewmilestone #proudindian #jaihindI love you guys!!!! #duggadugga.” (Must Read: Alia Bhatt And Ranbir Kapoor On The Ganges 'Ghats' In Varanasi During Brahmastra Shoot, Pics Inside) 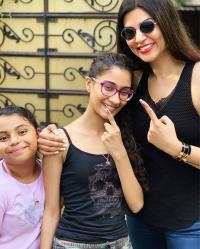 Wow! Sushmita Sen asking Renee to seek out information about her biological parents through an envelope is so heartening, isn’t it? Share your views!