No words can ever ease the pain when you lose a family member, and Sushant Singh Rajput's family has been going through the same pain. Check out as his niece pens a note for the late actor!

No amount of words or love can ever heal the pain of losing a family member. The time stops for the people, who are left behind and all they have is memories of that person. While we all know that nothing is permanent, losing someone at a young age (mysteriously) can take a toll on the emotional health of the entire family. And an exactly similar thing had happened with Bollywood actor, Sushant Singh Rajput's entire family when they had heard the news of his demise on June 14, 2020. It was a piece of news that no one wanted to believe, fans were left heartbroken and then started the fight for justice to find the truth behind SSR's death. (Recommend Read: Kangana Ranaut Reacts To Arnab Goswami's Remark Calling Her 'Sexually Possessed' With Hrithik Roshan)

Late Bollywood actor, Sushant Singh Rajput is no more just a name, but rather he has become an emotion for the people across the world. He might not be with us, but there hasn't been a single day when we had not thought about him. It hurts to know that no one will ever get to see his witty sense of humour in his millions of interviews, and his Twitter and Instagram Feed will never have another update from the extraordinary star.

On January 21, 2021, SSR's fans have been celebrating his birth anniversary. Since morning, Sushant's name is trending all over the internet as his fans are reliving some of his best interviews and his memories. Sushant Singh Rajput's niece, Mallika Singh also took to her Instagram handle to pen a note for her mamu. She posted a couple of unseen pictures, and wrote, "When I think of you, I think of the boy clutching my mother’s hand, carrying a heart of a dreamer, a soul of an artist, a mind of a visionary, the innocence of a child, the loss of his mother wherever he went. When I think of you, I think of the piece of art you were yourself, a vast mosaic of colourful curiosity, of keen logic, of gentle warmth, of ideas and passion and spirit. When I think of you, I think of how grateful I am that you were born, that you are a part of my life, my soul, gentle as a distant melody, radiant as the moon, always present, albeit out of reach. Everytime I crave preposterous amounts of sugar, I pick up a Murakami book, I dream a dream, I look into the mirror and find my eyes, I see a little reflection of you, and I miss you. I miss you more than you can ever imagine, more than I can ever imagine." 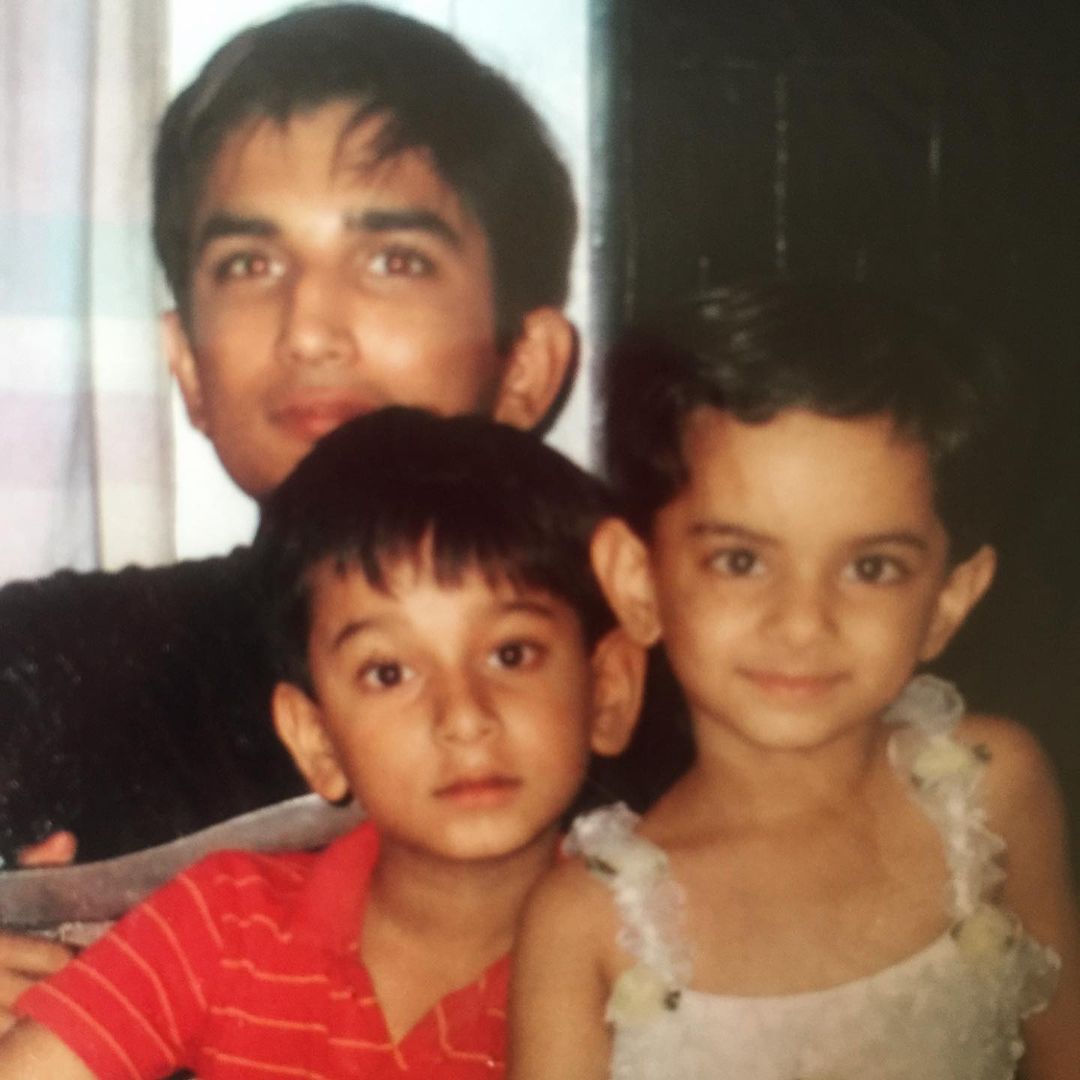 Sushant's family often shares snippets of his life for his fans. On September 25, 2020, SSR's family had shared the handwritten letter, which Sushant had written to his mother on their official Twitter handle, 'United For #SushantSinghRajput'. In the three pictures, we could see two pictures of his handwritten letter and a picture of the late actor's mother. His letter could be read as "As long as you were, I was. Now just in your memories, I come alive. Like a shadow. Just a flicker. Time doesn’t move here. It’s beautiful. It’s forever. Do you remember? You promised you would be with me. forever, And I promised you that I would keep smiling, no ma(tter) what. It seems we both were wrong mother." For those who don't know, Sushant's mother had passed away when he was 17-years-old. After Sushant's death, his nephew had written an emotional story of how he had lived 17-years with his mother and 17 years without him. The story which was shared by Sushant's brother-in-law, Om Prakash Singh. It could be read as "Goodbye our Gulshan, world’s #SushantSinghRajput.  Endless is our love for you!" (Don't Miss: Smriti Irani Shares A Throwback Picture Of Daughter, Zoish As She Prepares For Her Board Exams) 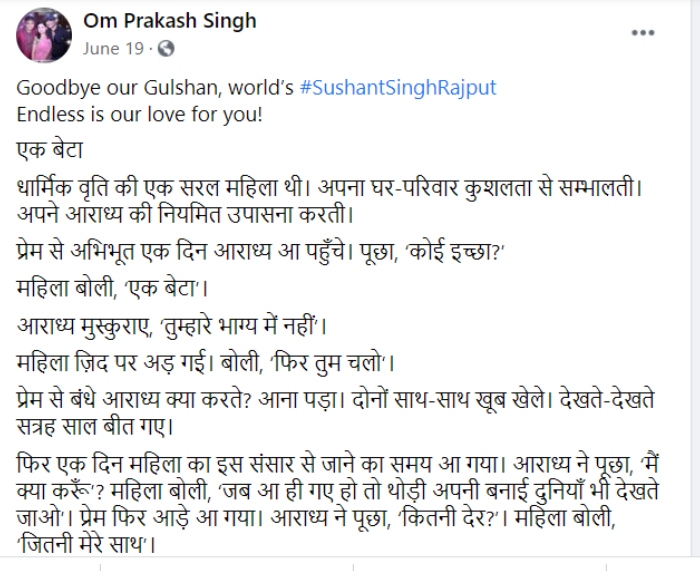 Rest in peace, Sushant, until next time…!