It's more than three months, and we still cannot believe that Sushant Singh Rajput is no longer with us. Check out as his family shared his emotional handwritten letter for his mother!

Late Bollywood actor, Sushant Singh Rajput is no more just a name, but rather he has become an emotion for the people across the world. He might not be with us, but there hasn't been a single day, when we had not thought about him. The entire world wants to know the truth behind his mysterious death. It's been more than three months, and we still cannot make peace with the fact that we are never going to see his charming face again. It hurts to know that no one will ever get to see his witty sense of humour in his millions of interviews and his Twitter and Instagram feeds will never have another update from the extraordinary star. (Recommend Read: Sanam Johar And Abigail Pande Booked For Consumption Of Drugs, Revealed Names Of Other TV Actors)

It was on June 14, 2020, when the news of his death had flashed on our television screens. In a second, the lazy Sunday had turned into a 'mourning' one. No one could believe that he had left this world. Soon, his fans started questioning every fact surrounding his 'suicide' claim, and they came together to fight for justice. They demanded CBI inquiry in his death case, and every day new revelations are being made.

On September 25, 2020, SSR's family shared shared the handwritten letter he had written to his mother on their official Twitter handle, 'United For #SushantSinghRajput'. In the three pictures, we can see two pictures of his handwritten letter and a picture of the late actor's mother. His letter can be read as "As long as you were, I was. Now just in your memories, I come alive. Like a shadow. Just a flicker. Time doesn’t move here. It’s beautiful. It’s forever. Do you remember? You promised you would be with me.forever, And I promised you that I would keep smiling, no ma(tter) what. It seems we both were wrong mother." Check it out below: 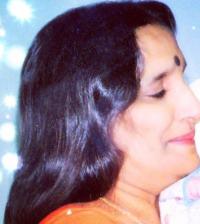 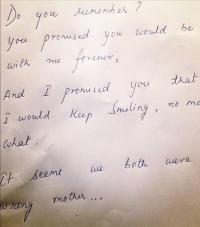 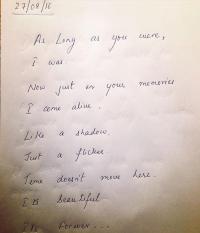 For those who don't know, Sushant's mother had passed away when he was 17-years-old. After Sushant's death, his nephew had written an emotional story of how he had lived 17-years with his mother and 17 years without him. The story which was shared by Sushant's brother-in-law, Om Prakash Singh. It could be read as "Goodbye our Gulshan, world’s #SushantSinghRajput. Endless is our love for you!" (Also Read: Jasmin Bhasin Shares Her Engagement And Marriage Plans, Reveals What She Feels About Aly Goni) 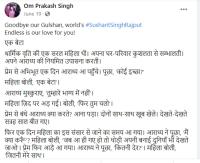 On September 2, 2020, Sushant Singh Rajput's sister, Shweta Singh Kirti had taken to her Instagram handle and had shared an emotional video of her bhai, crying on a reality show. It was a heartwrenching video, but her caption had revealed the pain they are going through every second of the day. Shweta had written, "I lost my brother and my heart bleeds everyday...how long will it take to find the truth... when will we be able to find closure? #JusticeForSushantSinghRajput #Warriors4SSR."

People from across the globe are eyeing on the case and have stood up to fight for justice. And Sushant's former girlfriend, Ankita Lokhande was the first one, who had revealed that the actor wasn't a depressed man. In an interview with Republic TV, Ankita had revealed why she had not attended her former-boyfriend, Sushant's funeral. She had shared that she had gotten up from a phone call of a journalist, who had informed her about his death, "I was sleeping, and I just got up with some reporter's call. Usually, I don't take unknown numbers. I picked up the call, and this reporter said, ''Ankita, Sushant has committed suicide!'' And I was finished. It was something that.you don't expect something like this." (Don't Miss: Shweta Singh Kirti Shares Dancing Pictures With 'Bhai', Sushant Singh Rajput From Her 'Sangeet' Day)