Sushant Singh Rajput's Handwritten Emotional Letter For His Mother, Read 'We Were Both Wrong Mother'

Sushant Singh Rajput's Handwritten Emotional Letter For His Mother, Read 'We Were Both Wrong Mother'

Sushant Singh Rajput had lost his mother when he was just 16 years old. His handwritten letter for his late mother is circulating on social media and it will make you teary-eyed. Scroll down! 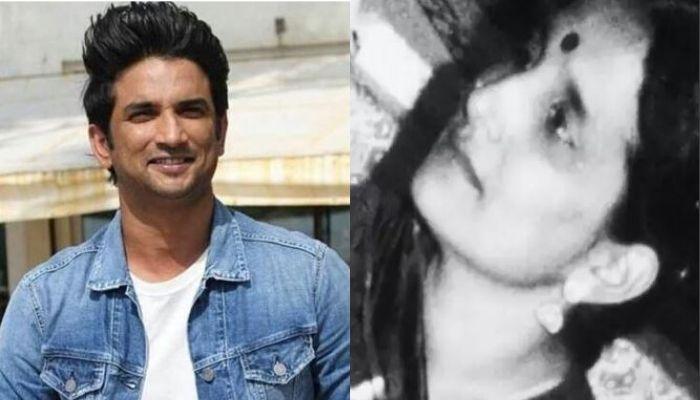 Sushant Singh Rajput had breathed his last on June 14, 2020. It is said that the actor was suffering from depression from the past 6 months and had stopped taking his anti-depressant pills during his last days. His depression has been linked to professional rivalry and how Bollywood promotes nepotism over talent. All said and done, but his death has left many hearts broken and people cannot get over this loss. (Also Read: Aashka Goradia And Hubby, Brent Share Their Meaning Of Love To Wish Each Other Love Anniversary)

As people are finding it hard to get over Sushant Singh Rajput’s death, the late actor, himself could never get over the death of his mother. Sushant was utterly close to his mother, who had passed away in 2002. Sushant was 16 years old when he had lost his mother and this had created a vacuum in his heart. It is never easy to lose a parent and half of our world revolves around our mother. For a boy to lose his mother at a tender age must have been a traumatising experience and Sushant had been always vocal about it.

Since the demise of Sushant Singh Rajput, social media is flooded with actor’s pictures and videos and his great gestures, making us mourn even more over his death. Amongst all, there is a handwritten letter of Sushant from the year 2016 that has been doing the rounds on social media. Sushant had written this letter in the memory of his late mother. In retrospect, Sushant had written a beautiful poem for his late mother on August 27, 2016. His poem can be read as "As long as you were, I was. Now just in your memories. I come alive, like a shadow. Just a flicker. Time doesn't move here. It's beautiful. It's forever... Do you remember? You promised you would be with me forever, And I promised you that I would keep smiling, no matter what. It seems we both were wrong mother...” Take a look:

On May 6, 2019, late actor, Sushant Singh Rajput had also shared half of his poem for his mother on his Instagram handle along with a monochrome image of him sitting on top of a chair and posing for the camera. Take a look.

Sushant’s last Instagram post on June 3, 2020, was also about his late mother. Sharing a sepia collage with his mother, Sushant had penned another meaningful message for his mother. His caption can be read as "Blurred past evaporating from teardrops, unending dreams carving an arc of smile, and a fleeting life, negotiating between the two."

In a lot of interviews, Sushant Singh Rajput had talked about the impact of his mother’s demise in his life and the eternal void with which he lives. He had explained, “It's not that I miss her only when something good or bad happens to me. I wouldn't lie but I am not incessantly thinking of her. I wish she was alive to see me succeed in life. I am sure she would have been really happy and proud of me. And maybe I would have been a different person than what I am now. The way I looked at things then and now, they are very different and I cannot go back to doing that.” (Recommended Read: Paras Chhabra Replaces Ex-Girlfriend, Akanksha Puri's Name Tattoo With Bigg Boss's Logo, Here's Why)

The late actor had also immortalised his beloved mother in 2017 by getting a beautiful and meaningful tattoo on his back. Sushant had explained the meaning behind his tattoo in an interview with the Hindustan Times. He had explained, “The tattoo is a symbolic representation of five elements. My mother and I are in the centre, implying it is a bond that not even time can defy. The five elements are widely accepted symbols. However, the idea of using my mother and me as elements was thought of by my sister and me.” (Don't Miss: Irrfan Khan's Son, Babil Khan Looks Exactly Like His Late Father's Younger Version, Shares The Proof)

We hope Sushant is in peace now!