Quoting SSR's family lawyer, ANI reports that instead of filing an FIR, Mumbai police had forced his family to take names of big production houses to get them involved. Check out the details inside! The upheaval that Sushant Singh Rajput's suicide brought all over fueled the nationwide fan protests and demands of a CBI probe in his alleged suicide. In a new twist, Sushant's family, who lives in Patna, filed an FIR against his rumoured girlfriend, Rhea Chakraborty. On July 28, 2020, Sushant's father filed FIR and accused Rhea of abetment to suicide, alleging that she cheated him financially and mentally harassed him. A four-member team of Patna Police has already left for Mumbai to probe the case. (Recommended Read: Mahesh Bhatt Claims He Never Asked Rhea Chakraborty To Stay Away From Her BF, Sushant Singh Rajput)

Earlier, there were questions raised on Sushant's family also, for staying quiet and not asking for a CBI inquiry, when his fans had created a whole campaign, demanding for a CBI probe. But Sushant's sister, Shweta, had come forward to explain the reason for the same. A fan had requested Shweta and her family for a CBI investigation, mentioning that the whole nation will support Sushant's family if they demand an inquiry, and the government will take it more seriously. To this, Shweta had replied with the reason and had written, "We were waiting for Mumbai police to finish the investigation and come up with their reports."

Now, after Sushant Singh Rajput's father has filed an FIR against Rhea Chakraborty, his lawyer has made some shocking statements. According to the reports published in ANI, the lawyer said that instead of registering the complaint, Mumbai police was forcing SSR's family to give names of big production houses and get them involved. Quoting the lawyer, ANI wrote, "FIR registered now as family was in shock & Mumbai Police wasn't registering FIR, but forcing them to give names of big production houses & get them involved. It was heading in a different direction: Vikas Singh, Ex-Addl Solicitor General & lawyer of #SushantSinghRajput's father." It was also mentioned that Patna police was a little hesitant in registering the complaint but the Chief Minister of Bihar, Mr Nitish Kumar mediated and they complied. The quote read "Patna Police was a little hesitant, but CM Nitish Kumar & Minister Sanjay Jha explained the matter to them, and FIR was registered. We want that the matter be investigated by Patna Police. The family has not demanded for CBI investigation yet: Lawyer of #SushantSinghRajput's father." ANI also reported that all the people named by Sushant's father in the FIR have been booked. The quote said, "FIR has been registered. Preliminary investigation has begun. It is not correct to say at this point of time that who will be questioned. All those who were named by #SushantSinghRajput's father in the FIR, have been booked: Vinay Tiwari, Patna (Central) City SP." 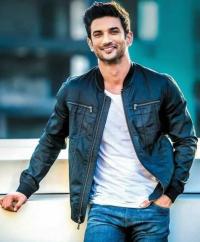 Amidst all this, Sushant Singh Rajput's sister, Shweta Singh Kirti took to her IG handle and made a post hoping for 'truth' to prevail. On July 29, 2020, she shared a picture from Sushant's prayer meet and wrote, "If truth doesn't matter, nothing ever will! #justiceforsushantsinghrajput." (Don't Miss: South Star, Dhanush's Wife, Aishwarya R Dhanush Shares A Photo From His 37th Birthday Celebrations)

Are you Also in favour of a CBI probe in Sushant Singh Rajput's alleged suicide? Let us know!