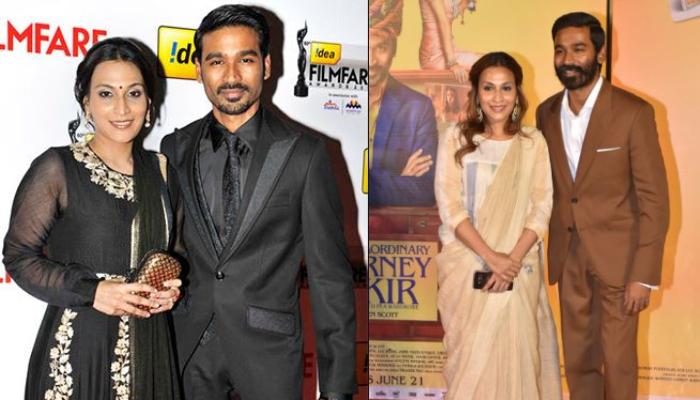 There's no doubt that Venkatesh Prabhu, a.k.a., Dhanush, is one of the most successful actors of the South Indian film industry. And not only in South but had created a massive fanbase for himself in the Hindi film industry after his outstanding performances in the blockbuster film, Raanjhanaa, where he had portrayed the character of a crazy lover and tremendous composure alongside Bollywood's Sehenshah, Amitabh Bachchan in the film, Shamitabh. (Recommended Read: Mahesh Bhatt Claims He Never Asked Rhea Chakraborty To Stay Away From Her BF, Sushant Singh Rajput)

The South star has celebrated his 37th birthday on July 28, 2020, and now his doting wife, Aishwarya R Dhanush has shared a picture from his birthday celebrations for his fans on her Instagram handle. Scroll down to take a look! 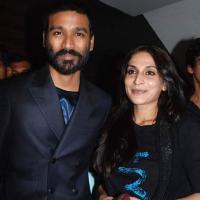 On July 28, 2020, South megastar, Dhanush's doting wife and director, Aishwarya R Dhanush took to her Instagram handle and posted a beautiful of her husband on his 37th birthday. In the picture, we can see Dhanush gazing towards the balloons that spell the number '37' with his back to the camera. The actor can be seen wearing a khaki coloured shirt, and his long hair has already set the internet on fire in recent weeks. Along with the beautiful picture from his birthday celebrations, Aishwarya went for the 'less-is-more' and wrote two black heart emoticons in the caption. Take a look. (Don't Miss: Aishwarya Rai Shares A Gratitude Note For All The Prayers After She And Aaradhya Tested Negative) 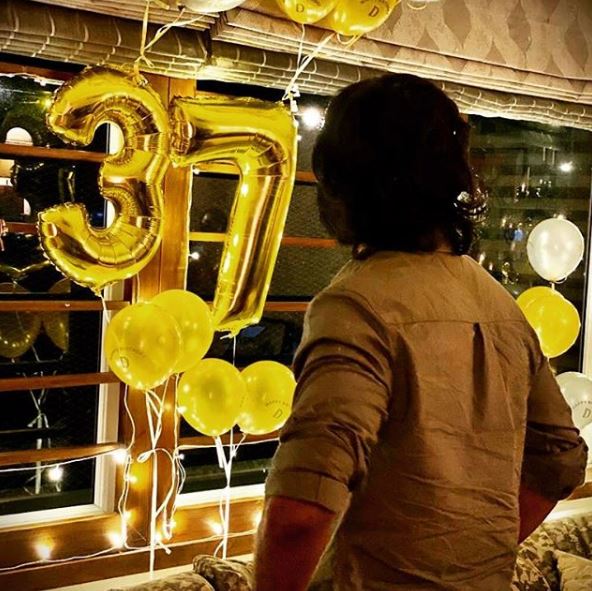 However, what not many people know is the fact that Dhanush's real-life love story with his wife, Aishwarya R Dhanush is not less than a typical Indian romantic film. Along with an envious career, the South Indian film industry gave him the most beautiful and understanding life partner as well that one could ever hope for. But just like every celebrity love story, it had started with rumours too. There were reports that Rajnikanth's daughter, Aishwarya, was a good friend of Dhanush's sister. Media had speculated that something is going between Dhanush and Aishwarya. Though Dhanush had gone on record to say that there was nothing between them, neither media was ready to accept that, nor his fans. 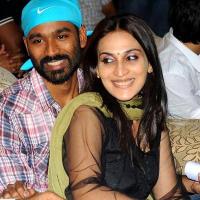 As we all know that Kasthuri Raja's and Rajnikanth's families are amongst one of the most influential families in South India. When the speculations of the affair between their children were spreading like wildfire in the media, the families had thought that this match is a good one. Hence, the families had decided to arrange their wedding. A meeting was arranged for Dhanush and Aishwarya so that the two could talk about a possible future together. After that meeting, they both had realised that they are perfect for each other. The couple has an age difference of two years which didn't go well with the conservative cult, but Dhanush had expressed that he has no problem in marrying a woman older than him. 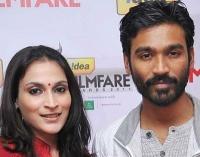 The wedding had taken place on November 18, 2004. The venue was Rajnikanth's house. The traditional Tamil wedding had begun early in the morning where Dhanush and his family were received warmly by the bride's side. It has been more than 15 years that the couple has been married and they have only grown more in love with each other. On October 10, 2006, they had welcomed their first son, Yatra Raja and on June 21, 2010, they had welcomed their second son, Linga Raja and had completed their family. (Also Read: Kareena Kapoor Shares An Adorable Monochrome Picture Of Taimur And Inaaya And We Can't Stop Gushing) 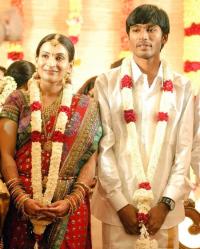