The talented and dynamic young heartthrob of the Bollywood industry, Sushant Singh Rajput, who had impressed even the most critical critics with his performances was riding high on the professional front. But the actor suffered a big and the last bump in his ride, when he breathed last on June 14, 2020. The news of his demise had surfaced all over the internet. It's more than three months now, but we are still unaware of the truth, whether that bump was a suicide or planned murder. (Recommended Read: Kareena Kapoor And Saif Ali Khan Reveal How They Had Felt On Holding Taimur Ali Khan For First Time)

After months of efforts and chaos between the Mumbai police and Bihar police, the case was handed over to CBI for further investigation. The most significant update so far is Sushant's girlfriend, Rhea Chakraborty's arrest by NCB over drug charges. However, some surprising claims have been made by Sushant's Pawana farmhouse's manager in his latest interview. Scroll down to know more!

In an interview with Republic TV, late Bollywood actor, Sushant Singh Rajput's Pawana farmhouse's manager has revealed some shocking details about Rhea Chakraborty and her brother, Showik Chakraborty. The manager told that Sushant was furious over Rhea's expenses, while Showik used to look intoxicated all the time. The manager said, "Rajat Mewati (SSR's house staff in Mumbai) told me that Rhea used to party while Sushant slept downstairs. Whenever I saw Showik, I always saw him smoking and intoxicated. Shruti Modi started coming from July 2019. After Rhea came in, their island trips increased. Rhea handled all the expenses and Rajat once told me that money is being withdrawn from Sushant's account. Sushant was also once furious when he got to know about Rhea's expenses." Going further in his conversation with Republic TV, the manager also revealed that Rhea's parents had also visited the farmhouse one day before her birthday last year. He said, "Rhea always came with Sushant, last year on July 8 when it was Rhea's birthday, one day before the birthday I saw her family. I saw Rhea's mom and dad." The manager also added that there was a never-seen-before girl with Showik at the farmhouse. He added, "Her brother Showik, with Showik there was a girl also." According to a source of Times Now, the Central Bureau of Investigation had planned that the final investigation report in Sushant Singh Rajput's death case should be focusing more on 'homicide' theory. The report will be submitted within a few days before the formal meeting with the medical team on September 17, 2020. The medical board of AIIMS was given the task of examining the medical aspects of the mysterious death of Sushant Singh Rajput. (Don't Miss: Maanayata Dutt Shares A Picture With Sanjay, Shahraan And Iqra, Feels Blessed To Have A Family)

Rhea's father, Indrajit Chakraborty, on the other hand, had put out several tweets raising concerns on the media trial of his daughter and also talked about Sushant. He had said, "So here is a most inconvenient truth: if NCB case stands in court, then Sushant, if he was alive, would have been prime accused as a consumer, procurer and financier of drugs! So much for Justice for SSR: this is what the campaign has done: a fine actor's legacy tied to drug abuse!" In another tweet, he had written, "I knew Sushant very well...He will be very sad today." He had written, "All this coz her now-dead boyfriend smoked weed?? Weed????? I want all the stoners on my list to take this personally. Wtf is on in this country??!!!!! Poor Rhea. #justiceforrhea." (Also Read: Varun Badola's Wife-Actress, Rajeshwari Sachdev Tests COVID-19 Positive, Actor Halts His Shooting) 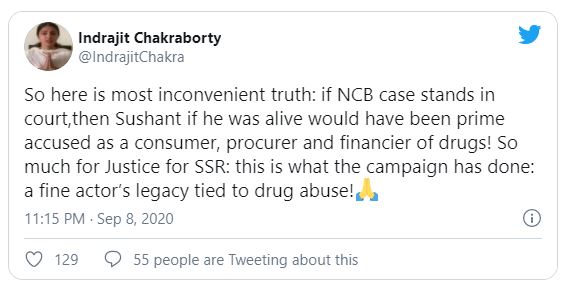 What's your take on the comments made by Sushant's farmhouse manager? Let us know! 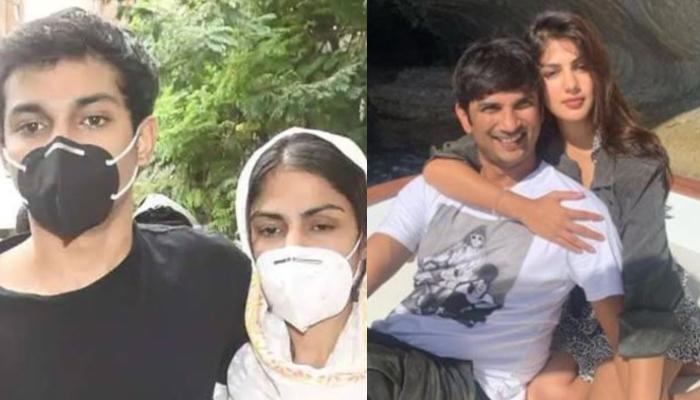 Two months after Sushant Singh Rajput’s ‘suicide’, his family had filed an FIR against his girlfriend, Rhea Chakraborty and since then, we have been witnessing shocking twists and turns in the case. From Sushant’s family blaming Rhea for his alleged murder, Rhea blaming Sushant’s sisters in her bail plea to