As per the latest reports, the Enforcement Directorate (ED) has seized some crucial documents pertaining to the personal life of Sushant. Scroll down to know more!

The whole narrative around Sushant Singh Rajput's death had changed in a matter of days when his friends and family had smelled a foulplay. A lot of blames were placed and mud-slinging is still happening on popular names. Sushant's father KK Singh had filed an FIR in Bihar, accusing Rhea Chakraborty of abetting Sushant's suicide, among several other accusations like mental and financial harassment. Further twist in the case had come when Mumbai police were accused of not letting Bihar police do their job and not cooperating with them. Seeing the careless attitude of the Mumbai police, the whole country had demanded a CBI probe into the case. (Recommended Read: Ishita Dutta Wishes Her 'Best Friend' And The 'Love Of Her Life' Hubby, Vatsal Sheth On His Birthday)

The Bihar government had requested for CBI enquiry and on August 5, 2020, SC accepted the plea and the Centre's senior second-most law officer Tushar Mehta informed, "Union of India has in principle accepted the request by Bihar to have a CBI probe. Notification regarding the same will be issued by the end of day today." Now, as per the latest reports, the Enforcement Directorate (ED) has seized some crucial documents pertaining to the personal life of Sushant. Scroll down to know more! 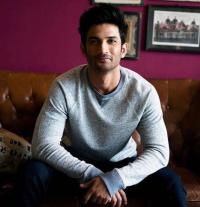 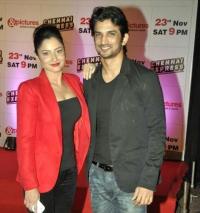 Sushant's flatmate, Siddharth Pithani while talking to Times Now revealed that he had spoken to the late actor about the expenditure that Rhea was incurring on his cards. He also said that Sushant had himself told him in January that he had wanted to cut down on his expenses. Not only this, but even Sushant's staff had also told him that the late actor was worried about the overflowing expenses that Rhea had kept on incurring on his cards. Pithani further revealed that the servants had also told him that Rhea would order things at home on Sushant's cards.

According to Pithani, he had then talked about the same with Sushant and the latter had confronted Rhea about her expenses. Although, Pithani said he has no idea what conversation they had in private. However, after confronting Rhea, Sushant had told Pithani not to worry about those things anymore as Rhea takes care of everything at home, Pithani alleged. Pithani also told the news channel, "Sushant told me that I don't have to worry about the expenses & Rhea was taking care of everything." (Also Read: Ankita Lokhande Reacts On Supreme Court Accepting CBI Enquiry On Sushant Singh Rajput's Death Case) 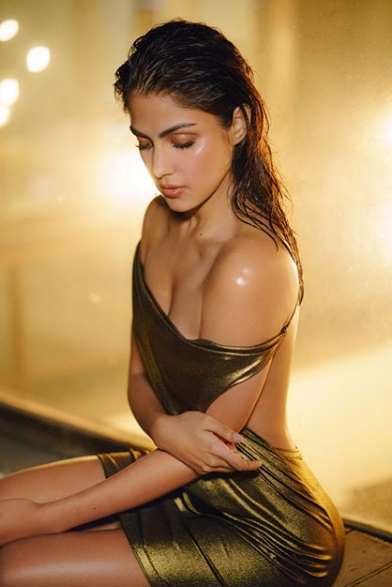 On the other hand, Sushant Singh Rajput's family’s lawyer laid claims that Rhea Chakraborty has gone into hiding. FYI, reports had come a few days ago alleging that Rhea is nowhere to be found or contacted. Her building manager had alleged that Rhea and her family had left in the middle of the night with big suitcases. In an interview with Pinkvilla, Sushant's father, KK Singh's lawyer, Vikas Singh said, “Firstly, Rhea Chakraborty has gone into hiding. Of course, I know where she is hiding but I can’t tell you that right now. Patna Police cannot reach there because the senior officer (IPS officer Vinay Tiwari) who came to investigate the case from Patna, has already been quarantined in Mumbai. The earlier team that was already there, they are also trying to quarantine them. They are in fact on the lookout for the other officers from Bihar Police as well. This is why the urgency for getting the matter referred to CBI today itself." (Don't Miss: Sushant Singh Rajput's House Help, Neeraj Recalls The Day Of SSR's Death And His Relation With Rhea)

What do you think of this whole facade?