Surveen Chawla, in a recent interview, bared her heart out on postpartum depression and what she did to combat the same. Surveen also revealed her weight loss secrets. 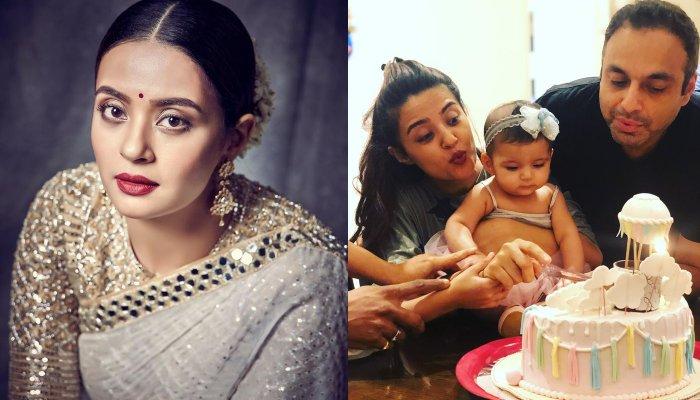 As wonderful as the pregnancy phase turns out to be, it involves a gazillion bodily changes for a woman. Letting of a well-toned body, welcoming a few extra kilos and odd-night cravings are common symptoms that pregnancy comes with. But do you know the amount of mental preparations and mood swings that a woman’s body goes through before she can finally carry that little bundle of joy in her arms? We are glad that woman these days, actually pay heed to postpartum depression and don’t just slide it away as meagre trouble. In the similar context, newbie mommy, Surveen Chawla recently spoke about the same. (Do Read: Esha Deol Posts A Love-Filled Picture Of Little Angel, Radhya Takhtani With Her 'First Love', Bharat)

To give you a little background, Surveen Chawla was one of the few stars who had embraced her pregnancy period beautifully and had never shied away from coming out in the open with a gain in weight and her cute baby bump. And on April 19, 2019, Surveen became a mommy for the first time and had announced the same by posting a close-up of two baby feet. She had also revealed the name of her little princess to be, ’Eva'. Sharing the picture, the doting mommy had written, “We now have her tiny feet to fill the tiny shoes! Blessed by her wonderful arrival in our little family! Welcoming our daughter Eva @akshaythakker.”

Every passing day is like a whole new learning experience for Surveen Chawla. In an interview with the Mid-Day, the doting mommy bared her heart out on postpartum depression and what she did when she wasn’t at her emotional best. The Sacred Games actress states, “Since I am expressive, I could vent. I am not diplomatic and am also lucky to be blessed with a partner who shares everything with me. One shouldn’t have to repress themselves. [Depression] starts from a single instance, but becomes a larger problem. Throughout my pregnancy, I kept myself in an emotionally-sound place. I had knowledge about what was going on with me, and the baby.” 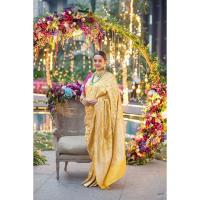 Surveen Chawla then spoke about the times when she felt emotional vulnerability and how she combatted the same. She had shared, “There were days when my emotions were all over the place. But, I did my best to stay centred, and share [my feelings] with my partner. I reminded myself every day that I was doing the best I could." Surveen also revealed her diet plans during and post her delivery and had stated, “I practised yoga, and took to cardiovascular activity, and sometimes did both on the same day. I ate only home-cooked food, and fortunately, did not crave outside meals. I had put on 18 kilos, and now, six months post-delivery, have only five to lose.” The actress also revealed that she used to eat small meals every two hours. (Must Read: Malaika Arora Loves Her Son, Arhaan And Fur Baby, Casper, Reveals She Can Never Choose Between Them) 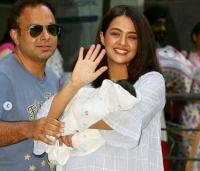 Time flashes by in the blink of an eye! Only when we think that we don’t want our children to grow up, do we realise that we are already celebrating their birthdays! And things are no different for Surveen Chawla and her hubby, Akshay Thakker for the couple celebrate their daughter, Eva’s ‘half birthday’. Eva’s godfather, Anurag Kashyap was also present at the do, who took to Instagram and shared a beautiful, first-ever family picture of the awesome threesome on October 17, 2019. The caption that had accompanied the post could be read as “These new parents need every possible excuse in the world to celebrate the daughter. Happy 6 months on this earth to Eva @surveenchawla @akshaythakker. P.S. it's half a cake by the way. The candle though is full.” We all had been waiting to see a face-glimpse of baby Eva and sufficing to everyone’s requests, Surveen Chawla had shared a dreamy picture of a perfect mother-daughter moment, which also happens to be the first full picture of Eva. The picture had a black-and-white monotone, with a Godly Surveen, dressed in a frilled-lacy long dress, with her little daughter, Eva, adorably cuddled up in her arms as she had lovingly looked at her. Sharing the picture, Surveen had written, “To love ...I know now.... @butnaturalphotography.” As soon as Surveen posted the picture, an array of industry celebs posted their invaluable comments on the picture. (Also Read: Sara Ali Khan Gets Nostalgic, Shares Childhood Pictures That Prove She Was Always A Star) 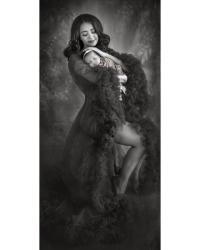 Dear newbie mommies, it is completely okay if you face or have faced postpartum depression. But what is important here, is to note how to combat the same and speak openly about it.