Sara Ali Khan has made her own name and has gained a huge fan following. Recently, she shared adorable childhood pictures that prove she was born to be a star. 'A dream is a wish your heart makes with open eyes and it gets true with your hard work'. And that's exactly what four-year-old Sara Ali Khan wanted when she had wished of becoming an actor. Last year, in 2018, her dreams turned into reality with her excellent performance in her back-to-back hit films, Kedarnath and Simmba. We cannot deny the fact that Sara has become an obsession for many with her charismatic charm and attitude towards life. (Recommend Read: Shefali Jariwala's Hubby Parag Tyagi Opens About Sidharth Shukla, Says He Treats Women Like Doormat)

Sara Ali Khan is the daughter of Bollywood actor, Saif Ali Khan and Amrita Singh. While her parents don't stay together, the two are always there for their kids, and Sara values their struggle and the choices they had made in their respective lives. We still remember the first time, we had spotted Sara on the 'koffee couch' (Koffee With Karan Season -6) with her daddy, Saif and within a few minutes, we had fallen for her bindass attitude. On the same show, she had narrated her dream of becoming an actress since the age of four. 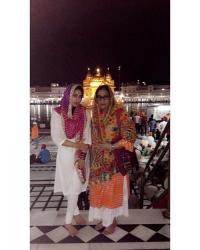 Today, on November 7, 2019, Sara flipped through her old photo albums and shared her childhood pictures on Instagram. In one of the picture, we can see little Sara striking her signature adaab pose for the camera, wearing ethnic ensemble. In other pictures, we love her confident attitude with which she flaunted herself. Alongside the pictures, Sara wrote, "Waiting for my shot since 2000 #apnatimeayega #tbt #sarakadrama." Take a look at the pictures below: 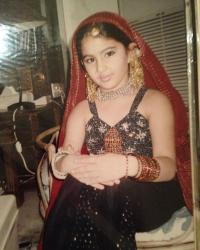 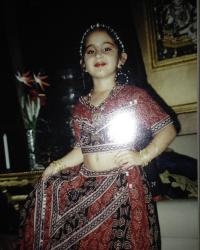 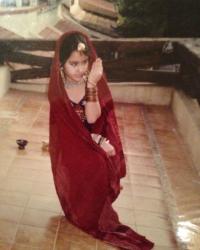 Coming back to Sara's dream of becoming an actress, at an event in Singapore, she had talked about it in details. She had shared, "Acting has always been a dream, but then I got distracted. Firstly, I was really fat and secondly, I was very nerdy, and the combination meant that I shouldn't be acting. So I used to keep studying. When I finished the tenth grade, I was almost convinced that I wanted to do medicine. But the thing is that I have a mild tremor problem and I realised that I can't do surgery. So, I decided to do law and I studied History and Political Science. But then in my last year, I did an acting course." (Also Read: Throwback: Neetu Kapoor Revealed How Rishi Kapoor Reacted To Cancer On National Cancer Awareness Day) 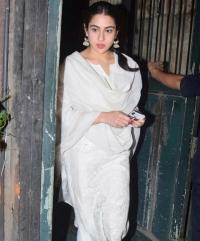 In an interview with the Harper's Bazaar magazine, Sara had shared that she loved acting and had said, "Having studied everything else in the mecca of education, I realised acting is where my heart and soul is. When I’m on camera, I don’t remember what I’m doing. I’m truly present, and reacting to what my co-stars are doing. As long as you’re aware of the character you are playing, in the hands of a director who has his eyes on you, and have a supportive co-star, there really isn’t much for you to do. You just have to really be on set, and react." 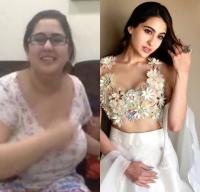 She had further added, "There’s nowhere else I’d rather be. You pack me up right now, and where will I go? This is the best part of my day, the best part of my life. I’m privileged, thrilled, and honoured to be able to act. The minute you know what you really want to do, sleep, hunger, or anything else doesn’t matter. How lucky I am to be doing what I love." (Don't Miss: Saif Ali Khan Opens Up About How He Bought Back Pataudi Palace, His Royalty And Inheritance)

Well, Sara's throwback pictures prove that she was born to be a star!