Suresh Raina was spotted out and about in the city, enjoying the rainy weather of Delhi with his little doll, Gracia and his wife, Priyanka Raina. Check out the video inside!

Becoming a parent is unmatchable feeling in the world that a couple experiences. Strange, how becoming a parent brings a significant change in you as a person, your priorities change, your approach towards life, and responsibilities change. Not only this, even your social media changes! And a perfect example of such a drastic change is the vice-caption of CSK and a key player of Indian cricket team, Suresh Raina. Having been one of the most eligible bachelors of the country once, his social media handles are full of loving pictures of his kids, Gracia and Rio! (Recommended Read: Sara Ali Khan Looks Cute In This Unseen Childhood Holi Photo With Mom, Amrita Singh And Iggy Potter)

Some time ago, the loving father, Suresh Raina had shared a lovely picture of him and his cute little doll, Gracia, playing in his lap, with a beautiful note, that had reflected the importance of his daughter in his life. He had written, "You make everything better. Have a joyful day ahead! #YouMakeMeSmileEveryday." Take a look at the beautiful picture below: 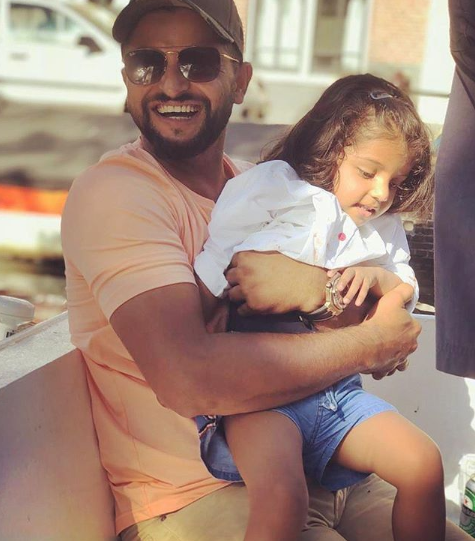 The backbone of the Indian batting order, Suresh Raina was spotted enjoying Delhi Rains with his wife, Priyanka Chaudhary Raina and his little girl, Gracia Raina. Suresh Raina has been in Ghaziabad since some time now, participating the practice sessions, since IPL is scheduled to start from the last week of September. The doing daddy took some time out of practice and took his little princess, Gracia along with his wife, Priyanka for a drive in the city. And Delhi welcomed him with showers! Suresh took to his IG handle and posted the video of his gala family time, enjoying the rain with the caption, "Taking my little girl for a drive! She is so in love with the rains. #DelhiRains." Check out the video below:

Being the family man that he is, Suresh Raina often shares glimpses of his fam-jam times with his fans. On May 4, 2020, he had posted a lovely family picture of himself with his wife, Priyanka Raina, little Gracia Raina and the new member of their family, little baby boy, Rio Raina on his IG handle. The Raina family had looked as if they were sweating out in the gym, just before the picture was taken. Little Gracia was seen sitting on daddy's lap, while baby Rio was cuddled in the arms of his Mommy, Priyanka. He had captioned the picture as "Happy & healthy parents, raise happy & healthy children. Lockdown has taught us various ways to strengthen the bond & love each other in unusual ways. At the same time, it's disturbing to read about how exponentially the number of child abuse & domestic violence cases have grown around the world during this pandemic. I urge anyone who is facing such violence please reach out for help & don't shut yourself. #familyiseverything #loveyourfamily #saynotodomesticviolence #saynotochildabuse @priyankacraina @rainagracia #RioRaina." 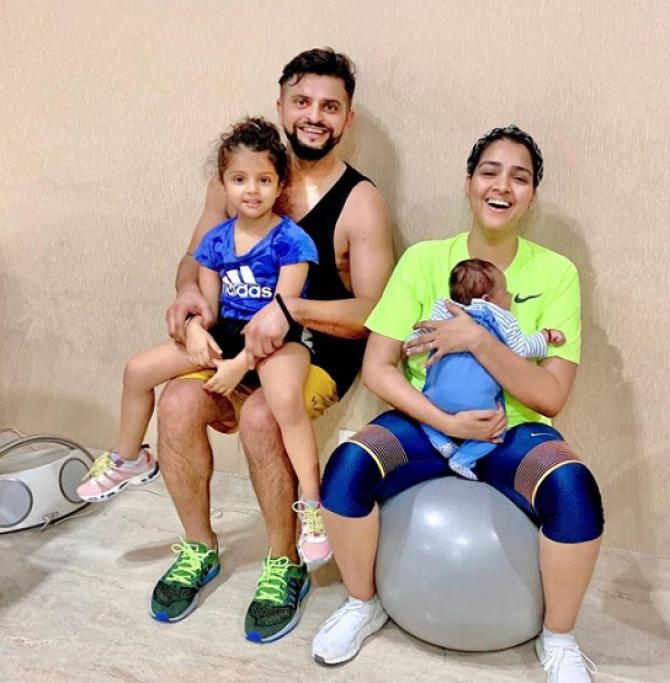 As far the love story of Indian cricket's heartthrob, Suresh Raina and his wife, Priyanka Chaudhary Raina goes, they were childhood friends but had lost touch with each other as the latter's family had shifted to Punjab. The Raina and the Chaudhary families have known each other for a long time, so in Suresh's words, their wedding was more of an arranged marriage. On April 3, 2015, Suresh and Priyanka had become each others' forever. A year later, they had welcomed their little princess, Gracia Raina in their lives on May 16, 2016. (Also Read: Anurag Kashyap Shuts Down Troll Who Mocked His Unsuccessful Marriages With Aarti And Kalki Koechlin) 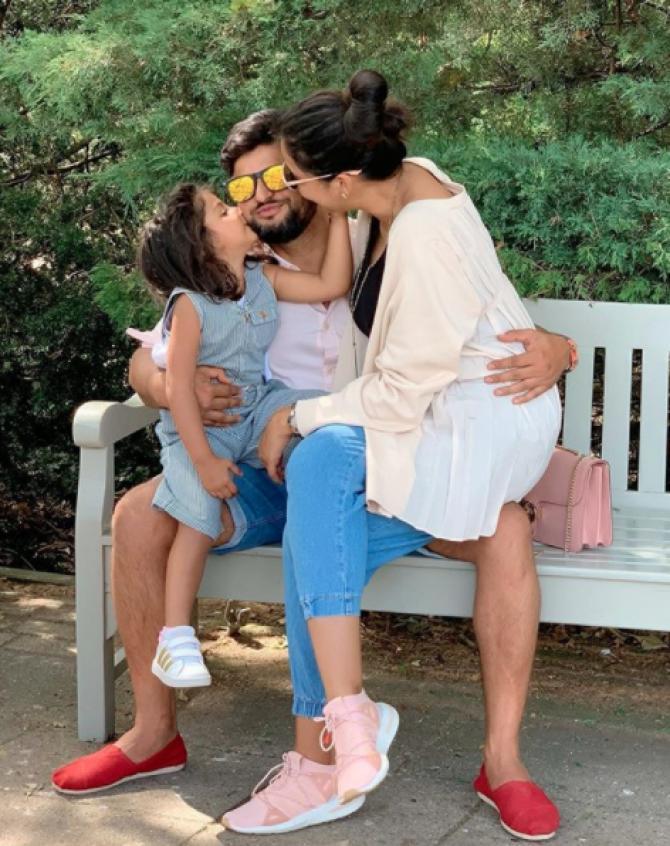 Some days ago, Suresh Raina had taken to his Instagram handle to post an adorable picture of his baby boy, Rio, cuddling in dadda's arms, looking with apt curiosity at the walls. The father-son duo had twinned with each other in a red t-shirt and baby Rio had also donned a navy blue baby jumper which added to the cuteness! The doting father had put a quirky caption which could be read as "Such a curious cat he is! All he wants these days is to explore everything around him," followed by a red heart. (Don't Miss: Alia Bhatt Enjoys The 'Pink Sunset And Cool Breeze' With Her Sweet Pea, Shaheen Bhatt, Shares Selfie) 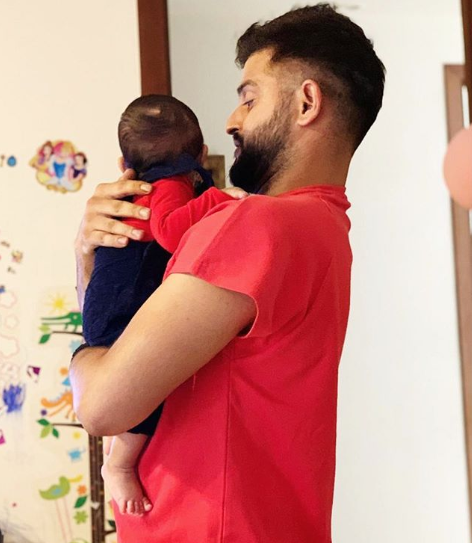 Are you also enjoying the rain in your city?