Sunny Leone and Daniel Weber's twin sons, Asher Singh Weber and Noah Singh Weber are lovely munchkins. Recently, one of their sons was compared with Taimur for his striking resemblance with him. We have said this quite many a time that celeb life is not that easy. Constant media scanner and judgments are a part and parcel of being in the showbiz world. One step of yours and it would either make you or break you. In fact, the scrutiny is not restricted to celebrity couples, but it goes on to their kids as well. So much so, that sometimes comparisons are also drawn between two star kids. Exactly this happened (in rather a healthy manner) when recently Sunny Leone was spotted with her twin sons, Noah Singh Weber and Asher Singh Weber.

Before that, let us tell you that Sunny Leone is happily married to the love of her life, Daniel Weber. The lovebirds are proud parents to three kids, Nisha Kaur Weber, whom they had adopted in July 2017 and to their twin sons, Noah and Asher who were born to them via surrogacy. Together these famous five make a perfect happy family! (You May Also Like: Divyanka Tripathi Dahiya Burst Out Crying When Vivek Dahiya Was Hospitalised, Says That It Was Scary) 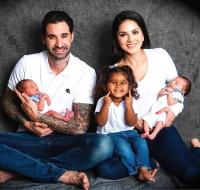 Coming back to the news, yesterday on July 12, 2019, Sunny was papped in Mumbai along with her twin sons, Noah and Asher. As soon as the famous celebrity journalist, Viral shared the pictures and video of the mommy and sons, fans started comparing Sunny’s son to the nation's sensation, Taimur Ali Khan. Because Asher and Noah are identical twins so it is hard to guess who amongst them Sunny was carrying, but fans went bizarre comparing his cuteness to that of the little Nawab. Checkout the pictures and video here:

While a fan commented, “Hahaha I thought why she is holding Taimur lol.” Another one wrote, “Looks like Tim Tim.” Not just this, some even compared them and wrote, “Tough competition for Taimur Ali Khan,” “Ye to Taimur ka bhi baap hai,” “Apke bete ne to Taimur ko bhi peeche chod diya.” Checkout the fans’ reaction right here: 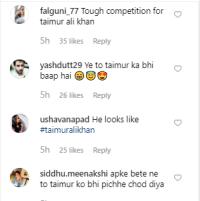 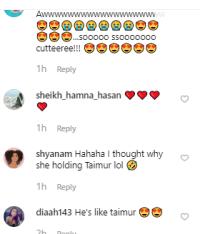 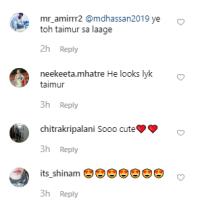 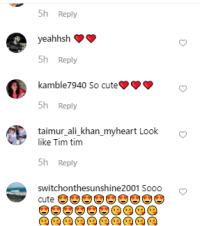 In an interaction with Humans of Bombay, Sunny's husband, Daniel had revealed the idea of a family and had said, “I grew up with the same notion that family comes first. When I met my wife, and things got serious -- I knew I wanted to have a family with her… that’s something we both looked forward to.” And had also talked about the decision of adopting Nisha, “Because of our hectic lives, we planned on having children through surrogacy. But in the meantime, when we visited St. Catherine’s orphanage, which housed around 300 children -- we thought ‘why not adopt?’

He had further added, "There are a lot of children out there that need a home. They explained to us the process, and we decided to go for it -- it was complicated. At one point, we thought we weren’t going to get her. There was a short time span when it broke our hearts -- it was a hard process emotionally and with the paperwork. But then, last year, when I was LA, going in for the surrogacy transfer is when I got the email by the government saying we’ve matched! Nisha was going to be our daughter! We were ecstatic! We prepared everything to go and bring her home.” (Checkout: Pooja Ghai Shares The First Full Family Picture From Her Wedding With Nowshir, They Look So Happy 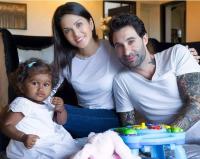 Further talking about fatherhood, he had remarked, “That’s when I met my daughter for the first time. But it wasn’t like love at first sight. I was nervous in that situation. Doubts like ‘will I be a good enough father?’ or ‘will she ever connect with me?’ kept creeping up. It took about a month, but one day -- I walked in through the door, and she screamed ‘papa!’ running to me and grabbing my leg. I started crying -- that day my daughter finally recognized me as her father, and I was the happiest. Since then on, we just have this funny connection -- I couldn’t go anywhere without her and she too became a papa fan. Even Sunny kept saying ‘it’s always papa papa.’ Making me secretly very happy.” 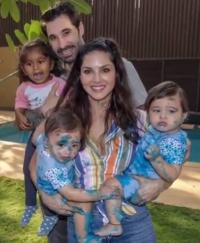 Opening up about their surrogate baby twins, Daniel had stated, “Asher and Noah, our twins also finally came into our lives, and now I feel like my family is complete! I can do anything for them -- From waking up each morning and cooking everyone in the house breakfast to waking up in the middle of the night to make sure my babies are okay -- my world revolves around them.” (Also Read: Sameera Reddy Reveals Hubby, Akshai Varde Thought Her To Be Lara Dutta On Their First Meeting)

Does Sunny and Daniel's son looks like Taimur? Do let us know your views! 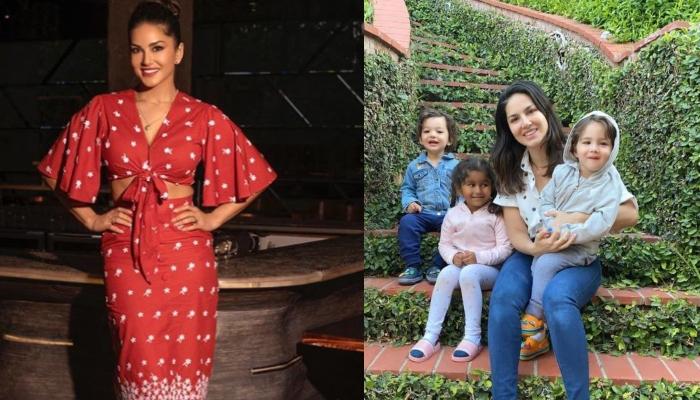 Being a mother means being on your toes 24*7 and without complaining. From having sleepless nights to keeping a constant check on the kids’ well-being, parents go to any extent to make sure that their little one is safe. The entire world is facing a life-threatening pandemic and nobody is